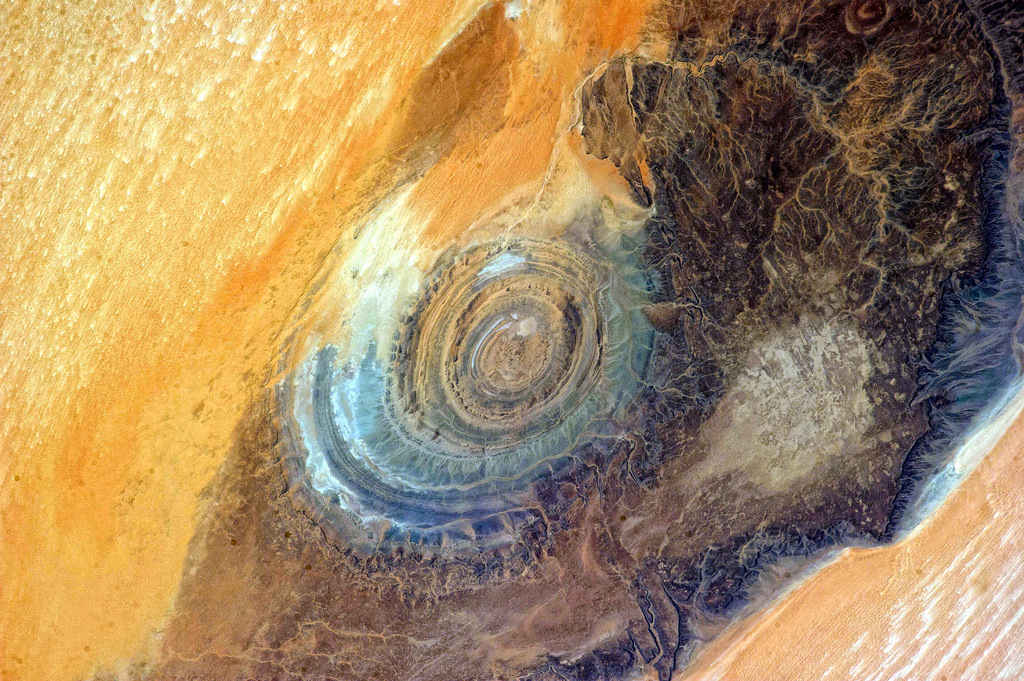 Also dubbed as the “Eye of Sahara” or the “blue eye of Africa,” the Richat Structure is an enigmatic geological circular formation smack dab in the middle of the Sahara desert in Mauritania. Spanning nearly approximately 31 miles across, it is a sight to behold especially when viewed from space.

The Richat Structure was initially perceived to be a result of an asteroid impact due to its precise circularity. It was also thought to have been formed by a volcanic eruption, which later seemed improbable due to the lack of a dome of igneous or volcanic rocks. Later on, it was believed to have been a cause of an uplifted rock sculpted by erosion. None of these theories have yet been confirmed. How the Richat Structure’s concentric rings became amazingly equidistant to the center still remains a mystery.  Photo credit.