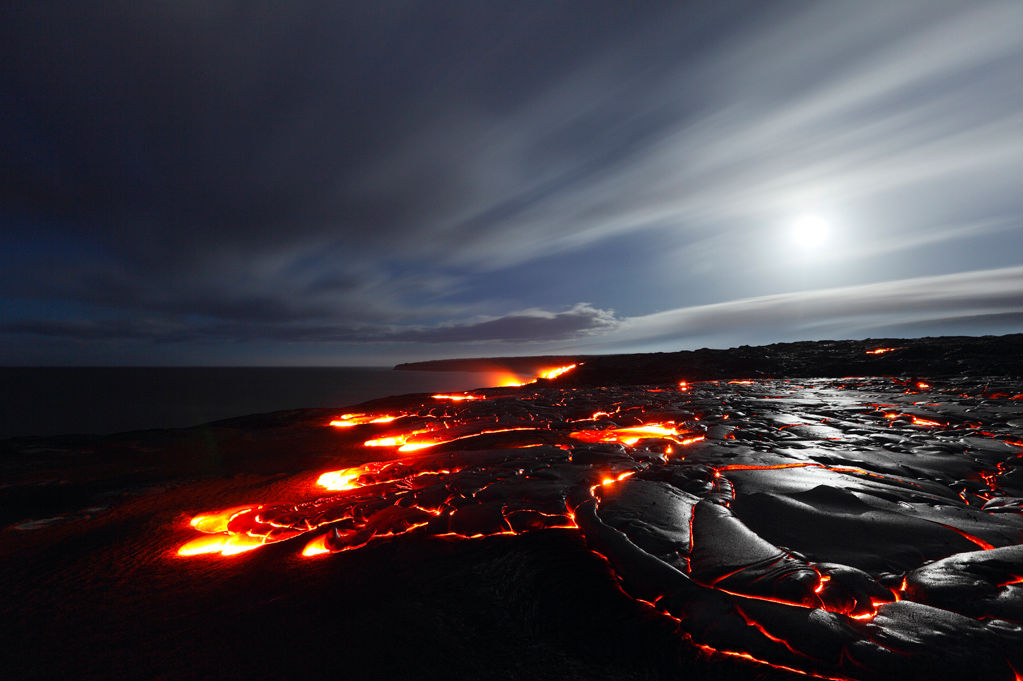 Venus has more volcanoes than any known planet in the solar system. The site of the Kilauea Volcano in Hawaii is arguably the closest thing on Earth to a Venusian environment, chiefly due to its black basalt formations (a type of rock formed from lava flows). Since 1952, there have been more than 34 eruptions at Kilauea, which in Hawaiian tradition is the home of Pele, the volcano goddess.  Photo credit.