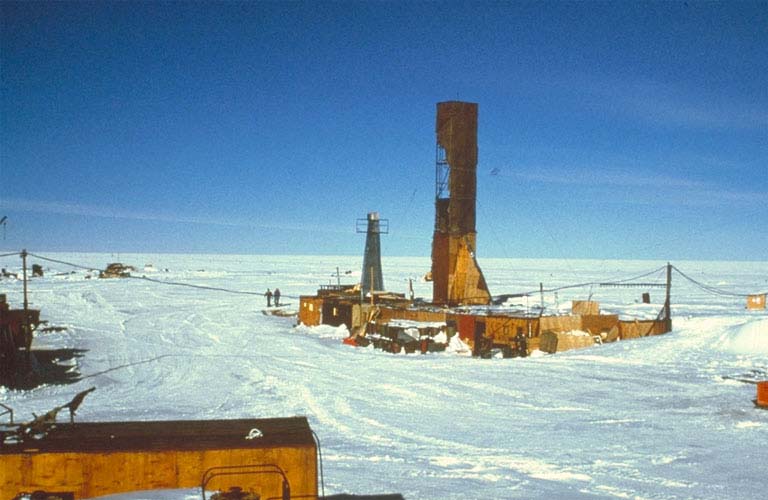 The Lake Vostok is the biggest among the 400 sub-glacial lakes in Antarctica. Its icy surface rests on top of liquid bodies that have been trapped for as long as 25 million years. How the identified microorganisms have survived underneath still remains a mystery to several scientists who are studying it. The experiments conducted within this area will help them understand how life exists in a similar setting found in Saturn’s and Jupiter’s moon.  Because it is deep in the sub-glacial lakes, there are no pictures of the actual lake itself.  Pictured above is the Lake Vostok station, where scientists conduct experiments on the sub-glacial lake.  Photo credit.