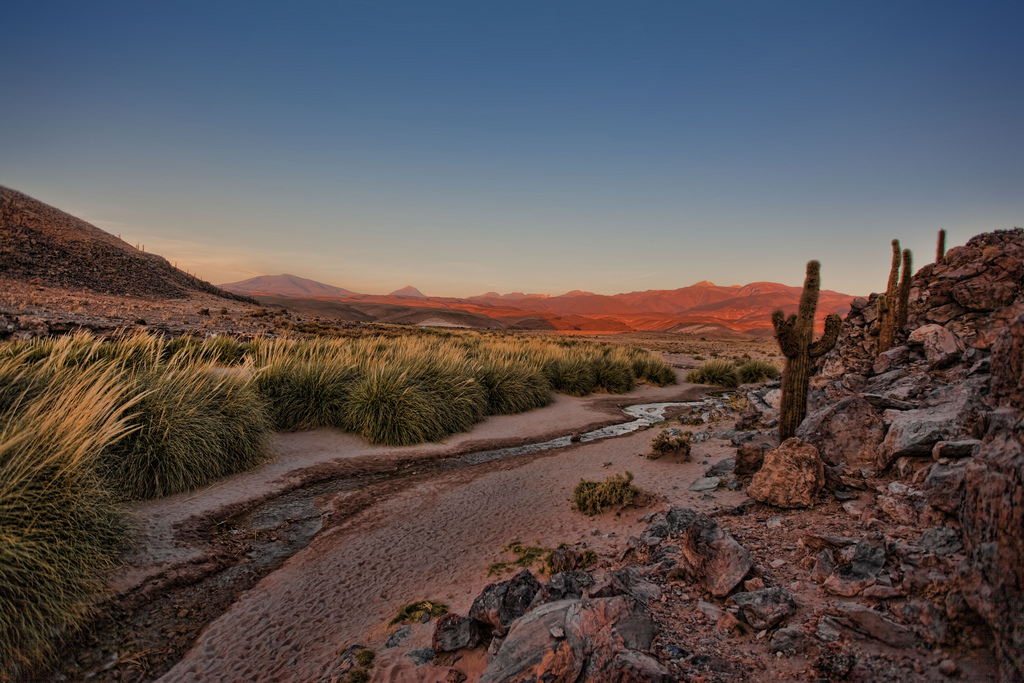 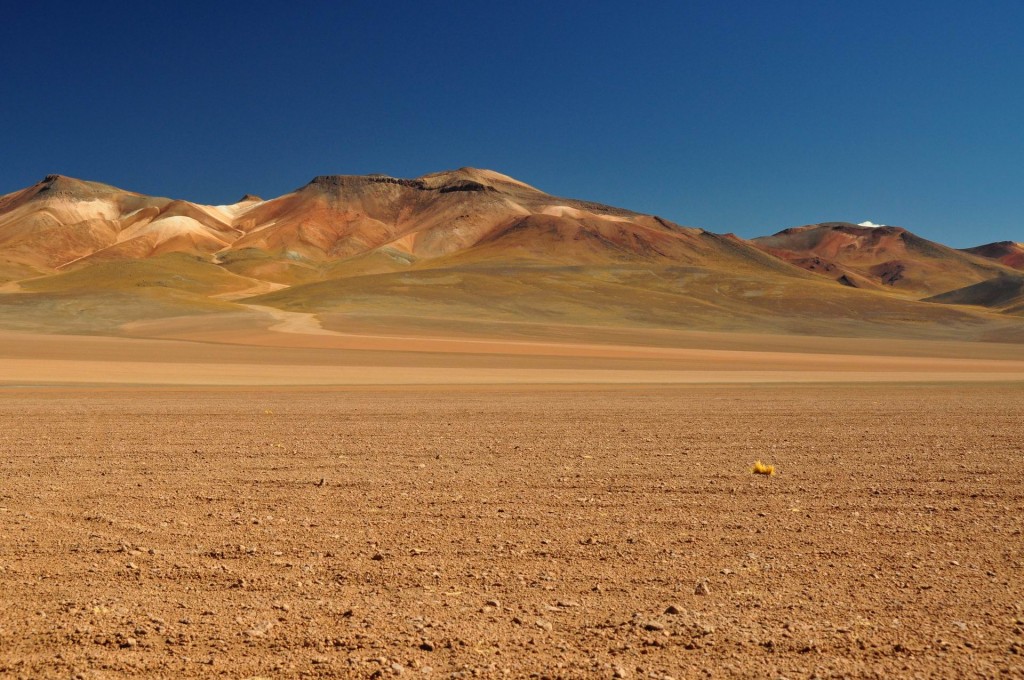 The vast arid desert of Atacama spans 600 miles long from north of Chile to the southern part of Peru’s border. It is the driest non-polar desert in the world, with a recorded rainfall of about 15 millimeters per year. Some places in this desert don’t get any recorded rainfall at all.   That is the reason why you will find large parts of the desert totally devoid of any form of vegetation.

Atacama is often considered a place that closely resembles the plains of Mars. This is mainly brought about by its sand-strewn land surfaces and flowing lava. Its characteristics have been the object of fascination of scientists, which is why NASA used this arid desert as a test site. In 2005, a NASA probe detected microbial existence in this barren land, raising scientists’ hopes that they will also find one on Mars in the future.  Photo credit (1, 2)