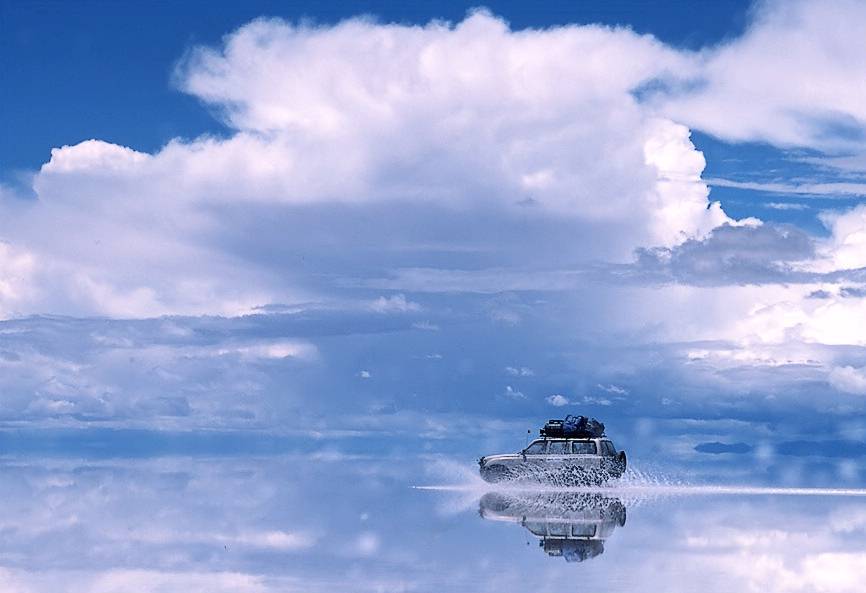 Salar De Uyuni, a 6,575-square mile salt flat in Southern Bolivia, is a vast natural mirror. Not only is it the world’s largest salt flat; it contains majority (50 to 70%) of the world’s lithium reserves. Its crust was formed when an antediluvian lake dried up. Its thin sheet of water during rainy seasons creates a mirroring effect that reflects almost everything that’s on top of it. Salar de Uyuni is witness to a huge influx of tourists and companies coming to mine the layers of salt, potassium, lithium and magnesium from the surface.