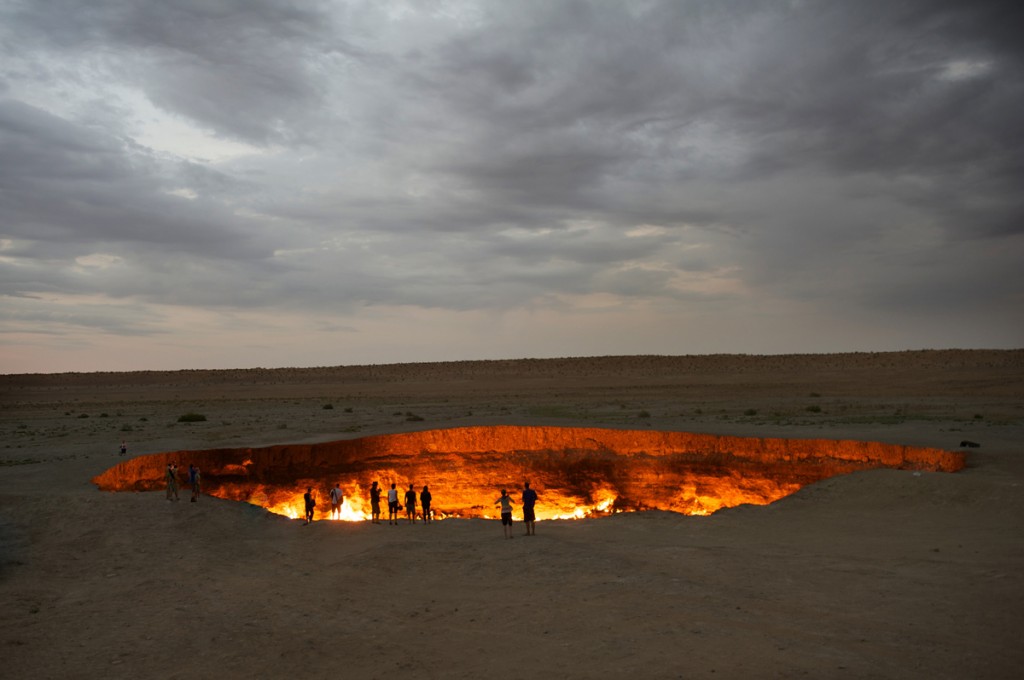 Door to Hell, Turkmenistan’s infernal landmark, is a natural gas field that has been ablaze for over 40 years. This perennially-burning crater is a result of man-made intervention. The Soviet geologists who were in this location in the 1970s came to the outer part of Darvaz to look for gas. However, the crater collapsed together with some of their drilling equipment, causing methane gas to leak. The geologists lit the crater in an effort to prevent gas from leaking any further and from contributing to climate change. What was originally expected to burn for just a few days has been burning for more than four decades now.  Photo credit.