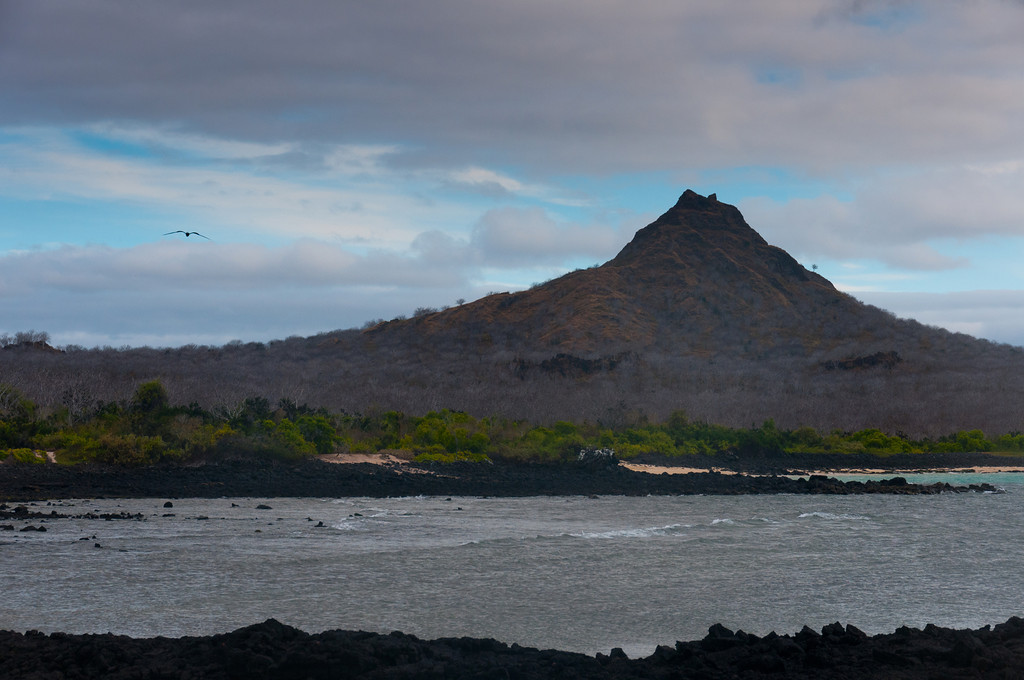 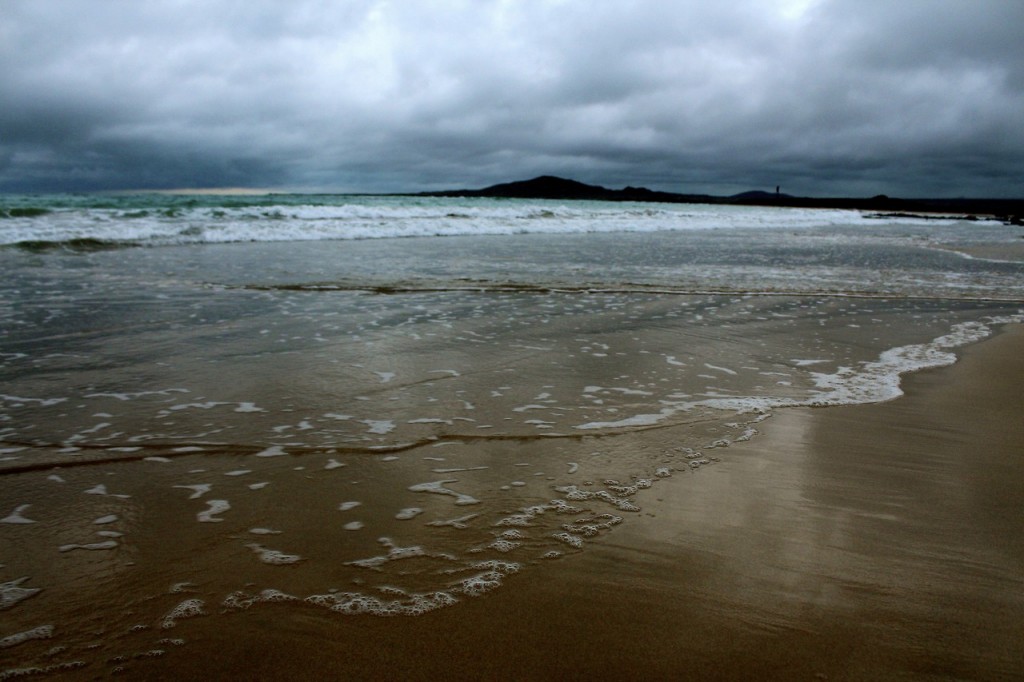 Often referred to as a living museum, the Galapagos is a huge opus of nature straddling the equator, with the Pacific Ocean as its canvas. Collapsed calderas, boulder-strewn coastlines and mangrove swamps have become habitats of diverse organisms and the rarest of animals, such as the giant tortoise, penguins, the finch and its many types, and the land iguanas. With topography largely shaped by volcanic and seismic activities, and unusual flora and fauna confirming evolution by natural selection,the 19 islands of Galapagos, indeed, showcase the best of nature.

Travel authorities in Galapagos say that there is no bad time to visit the islands. While any day is a good day to go visit the islands, you should still take note of the peak seasons. Tourism will peak from the middle of June to the middle of September. The influx may dwindle a bit until middle of December, but it will pick up again until the middle of January. Avoid those periods, if possible; book early, if not. Timing you Galapagos tour, however, is not as simple as it may seem. There are other dimensions that have to be greatly considered: the breeding time, animal rituals, and behavior of the wildlife you are interested in.

The parade of fish will occur on the later part of the year, from October to December. If you are an avid bird-watcher, the period from December to May is an ideal time to observe them in their breeding season. Turtles nest on the beach about this time of the year, too. Sea lion pups will be crawling on the beaches by April and May. From June to November, the sea will be replete with different fishes and seabirds abound, too. The elusive short-eared owls will mate from June to July, as so with the blue-footed boobies. The albatrosses and penguins will also be very visible during this season.

Be guided by this climate calendar for the two main seasons in the archipelago. Rainy season runs from December through May. It rains almost every day but this period is also when Galapagos is at its sunniest. The water and air are warm, and this time is nice for swimming and snorkeling. Through the months from June to November, the water and air are colder. The sky will be gloomy but it seldom rains during this period. The seas are rougher, too.

It is true that exploring the Galapagos Islands does seem expensive because of adventure packages that range by the thousand dollars. But Galapagos is still affordable for those who’d rather not join the cruises and would take the adventure on a shoestring budget, or those who want to be in control of what they want to see or do. This guide will mention about the packaged options but will also delve on the more practical ways of exploring Galapagos.

1) Join Any of the Galapagos Guided Nature Adventure Tours

Packages are offered for different tours, which run from three to eleven days of nature immersion. Price varies, too, with the number of days. The cheapest ones range from USD 5,695 per person for 11 days. Guided tours have advantages, with guides always ensuring that you go to the best sites, knowing the archipelago like the palm of their hand. There are no missed rides because they have organized and foreseen everything. They will also know where it will be safe to take the plunge; no one wants you racing with a shark back to the boat. Summing everything up, the price is the only significant downside of a cruise or guided tour.

2) Camp in the Galapagos

The highlands of Santa Clara are ideal for camping. Go to the villages and farmhouses and ask permission for camping. The island has camping regulations to protect the natural habitats of flora and fauna.

Walk and follow hiking trails to observe wildlife, geographic formations, and the local communities. San Cristobal and Santa Cruz have well-beaten paths that even lead to museums, information centers, beaches, and the natural habitat of animals. 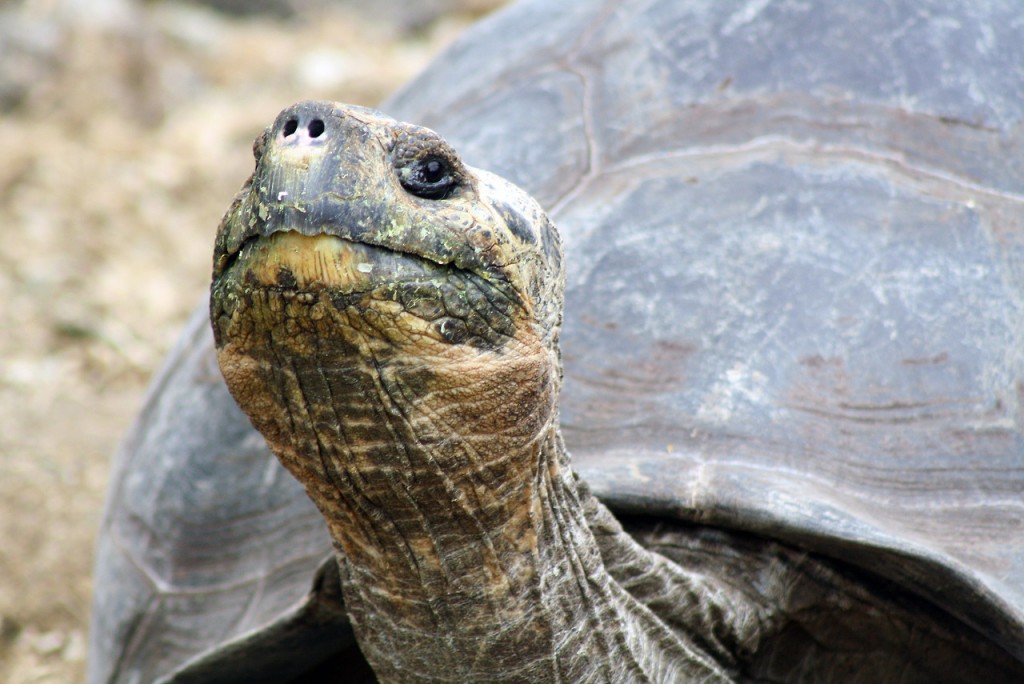 The best bike trails are along the highlands of San Cristobal and Santa Cruz. The physical exertion of biking and the awesome view above the forests will take your breath away. Taste the local cuisine as you breeze down to the lowlands. Isabela has many natural sights and landmarks. You can take a hiking trail up to Volcan Sierra Negra for spectacular views of the island. Ride a bike to the Wall of Tears, a historical site built after World War II. Also take time to see the National Park Tortoise Reserve. It has some tortoise species that are found only in Galapagos. Laguna Salinas is home to flamingos. Bikes are for rent at USD15 a day.

Laguna Concha Perla is a great lake to swim and snorkel. The Devil’s Crown is home to playful sea lions. Kayak around the Pinnacle Rock and scuba dive with the parrot fish and the Galapagos penguins.

When you set foot on the Galapagos Islands, you pay 100  USD as National Park entrance fee. That is a fee that covers maintenance of most of the attractions in the islands. Most of the sites allow admission for free.

There are many facilities, natural sites and landmarks in the oldest island of Galapagos, the San Cristobal Island. You can swim and watch sea lions in Playa Mann. Or you can take the hiking trails within the Interpretation Center which houses vast information on the ecology and history of the archipelago. Not far away is Las Tijeretas which has an ideal spot for snorkeling. On a lucky day, you’d be joined by turtles, birds, and basking sea lions. If you want a more challenging hike, go to El Junco and walk through the forest trails to the crater’s perimeter for a breathtaking sight of a lake inside an active volcano. Learn about how giant tortoises reproduce at the Jacinto Gordillo Breeding Center of Giant Tortoises.

Saunter farther from the town for La Loberia Beach, one of the largest sanctuaries of marine iguanas. Sea lions lounge on the beach with snorkelers and surfers who brave the rough waves. If you prefer white sand and calmer sea, go to Puerto Chino. Black volcanic rocks contrast sharply with the gleaming beach. Farther off to the sea, some sharks can be seen gliding. Off the coast is Kicker Rock, also known as Leon Dormido (meaning sleeping lion), a rock created by volcanic explosion and now the habitat of birds like boobies and frigates. This site is also great for snorkeling with sea turtles, manta rays, and reef sharks. All mentioned sites are free for you to explore.

Explore Santa Cruz, the most populated part of the Galapagos, on foot or on a mountain bike. Santa Cruz has one of the best bike trails in Galapagos. Get close to nature in El Chato Reserve where giant tortoises and the El Chato Lagoon can be found. There are also birds of different kinds and color, including the short-eared owls, paint-billed crakes, Darwin’s finches, and vermillion flycatchers. Walk up from Bellavista to Media Luna Hill, a half-moon shaped ancient volcanic crater.

Go to the ship ports in Santa Cruz at night to view sharks that come near the docks. A kaleidoscope of sharks, sea lions, tropical fish, and manta rays swim by to get near the lights. Observe crabs, marine iguanas, and various bird species in their natural habitat in Bahia Tortuga. Ask for permission and camp at Garrapatero Beach to see flora and fauna up close, really close. The beach has poison apple trees, marine iguanas, wide mangroves, and a variety of birds. Take an easy walk from the town to the Charles Darwin Research Station and learn about the scientific researches on conserving the distinct habitats and species of the Galapagos. Watch birds from the twin volcanic craters of Los Gemelos in the Scalesia forest. Like the previous sites, admission is free.

Isabela is the largest and the youngest (at 1 million years old) island in the Galapagos. It has the least number of tourists, too. The island is shaped like a sea horse and its coves have some of the richest and most vibrant and diverse marine life. The waters surrounding the island are great for observing dolphins and a variety of whales, like the humpback, orcas, and the sperm whales. Punta Vicente Roca is a small cape that outcropped on the northern side of the island. You can explore farther by a motorized raft to observe Nazca boobies, sea lions, cormorants and other marine life. Snorkel at Laguna Concha Perla. This lake is a top spot for sighting marine animals in their natural habitat. It is like a giant aquarium of manta rays, sea lions, fish, sea turtles, and penguins. And you get to swim with them, for free!

Genovesa (or Tower) Island is a low volcano that barely emerges from the ocean, on the northeastern part of the archipelago. It is often fogged with heavy mist and its coastline is made up mainly of rocky cliffs which are not ideal for sea mammals. Birds, however, are attracted to this landscape and the island has become a paradise for short-eared owls, red-footed boobies, yellow-crowned night herons, swallow-tailed gulls, frigates, and storm petrels that nest on the cliff’s crevices. The island is where birds congregate in Galapagos. Hikers can follow the famous “Prince Philip’s Steps” hiking trail. Bird-watchers shouldn’t miss this island.

Opposite Isabela is a pristine island and active volcano called Fernandina. The volcano erupts every few years and many of its land features are unique volcanic formations. Its flora and fauna are authentic Galapagos species, un-hybridized by other species introduced in the other islands. It is one of the only two islands that serve as habitat of the rare flightless cormorant, and home to the largest number of marine iguanas in Galapagos. The variety of wildlife found here includes the soaring Galapagos hawks, lounging sea lions and orangy Sally Lightfoot crabs. All these with the backdrop of the gurgling volcano and the vast azure sea complete a traveler’s excursion.