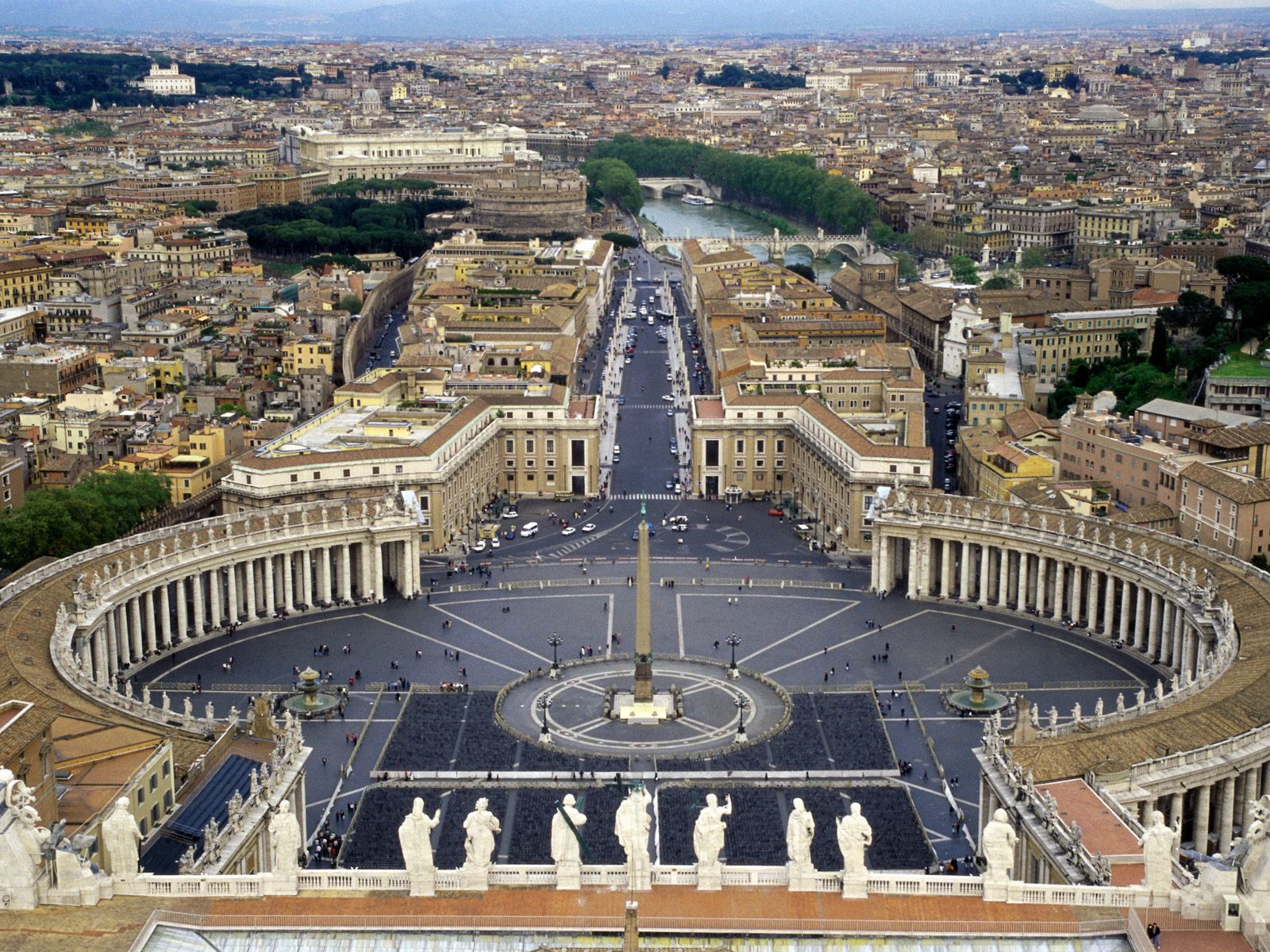 The Vatican City, in and of itself, is a “huge” testament that size really does not matter. Its highly influential, renowned history; powerful governance; grandiose religious edifices and museums; impressive horticultural marvels; and pompous sculptures are all proofs to the majesty of a country barely 100 acres in size. Although a separate state, Vatican, with all its splendor, beckons to tourists that a trip to Rome can never be without a tour around its grounds.

A “state within a state,” Vatican City is situated geographically inside Rome, Italy. Politically, however, Vatican City is an independent state or country. Considering its wee size and a population of a little over 1,000 inhabitants, Vatican City is still considered the biggest landmark for any religion in the world. Locally known as Citta del Vaticano, it is the residence of the pope, the highest-ranking official of the Roman Catholics. The City is secured by the Swiss Guards. Its official currency is the euro.

With the astronomical costs associated with renting a car and the busy, overcrowded streets in Vatican City, you have very little reason to need one. Vatican is an easy walking city, and if you really need a ride, there are public transport systems like buses that will take you to wherever you wish to go. You can also pay for a taxi or take a train from the airport and save yourself the hassle of renting a car.

People visit the city year-round. There is no real peak or off season for travelers to the Holy See. Spring, which spans the months of March until June, is hectic for locals and tourists alike in Vatican. This is so because this happens to coincide with the Pope’s Via Crucis Mass on Good Friday, followed by Easter Sunday and Pasquetta on Monday – all especially heavy days for tourists and pilgrims. The Rome Marathon takes place in late March, while cultural activities fill the month of April. From the looks of it, March to June seem to be the ideal months to hop on a plane to Vatican City. If you are planning to visit, though, it is always good to avoid the influx of tourists. Aside from avoiding the crowd, it is also prudent to plan your travel around monthly highlights.

Hotel bargains tend to fall on the months of November, first two weeks of December, second week of January until February, and August. Concerts and festivals fill the summer months of June to September. October and November are the wettest months, but these are also the months when Europe brings to Vatican the best theater, dance and music performances. If you want to see the city minus the superfluity of tourism, visit it when it is quiet, which is in winter. It’s the best time for hotel specials, too. Christmas in Vatican would be a quiet and toned-down celebration. Not for long, though because New Year arrives with explosion and fireworks. 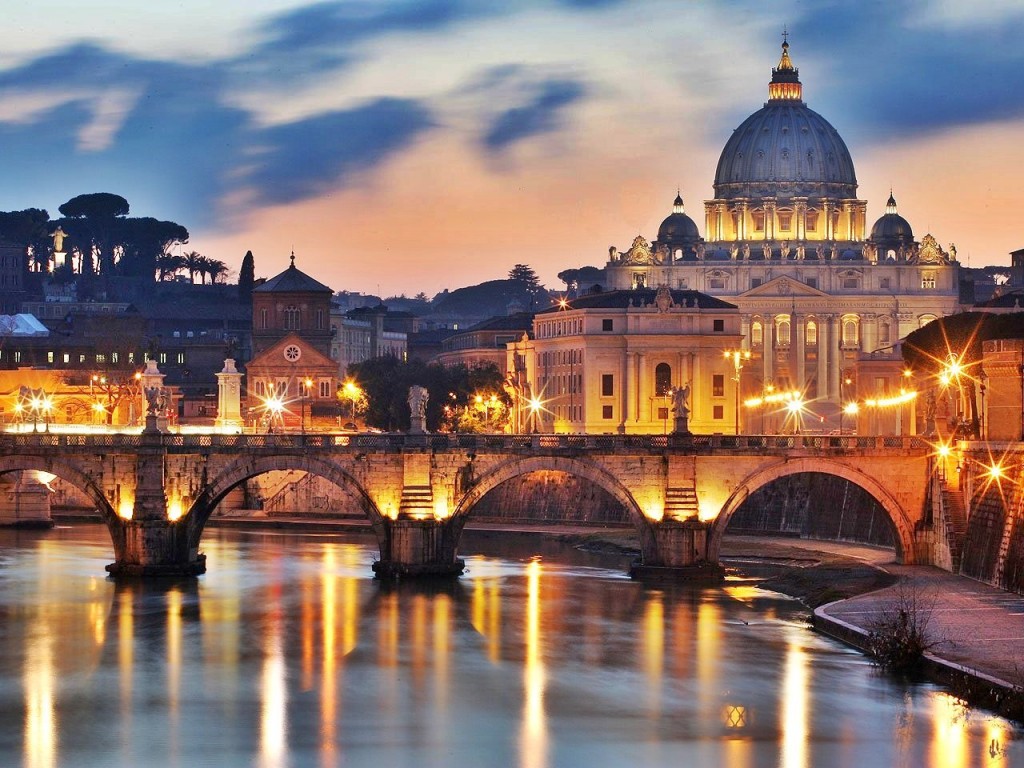 Summers in Vatican peak at the hottest in July. Autumn brings a nice calm to the city, but rains fall heavily from October to November. Winter from December to February could alternate from a cheerily bright morning one day to an ominously snowy dawn the next. March brings cool winds but sunshiny skies.

The Lateran Treaty of 1929 assured the sovereignty of Vatican. This was marked by the construction of Via della Conciliazione which connected St. Peter’s Basilica to Castel Sant’ Angelo. This was to become primary access route to the Square.

Wear appropriate clothes when going to St. Peter’s Basilica. Remember that it is the headquarters of Roman Catholicism. St. Peter’s Basilica is an elaborate and colossal symbol of a people’s religion. It took almost two centuries to build the basilica to its present grandeur, spanning several lives of rulers, artists, and builders. It can hold 20,000 people at one time. It is about 200m long, and about 50m high. The dome rises nearly 140m. Its interiors are canvasses of the most famous artists in the likes of Michelangelo and Bernini. What could be more poignant than Michelangelo’s Pieta? You can also climb the 551-steps up the dome for a 360-degree panorama of the city. Admission to the basilica is free. There is a fee of USD 7 for going up the 551 steps to the cupola, or USD .50 for climbing halfway (320 steps) and taking the lift to the top.

Embrace this celebrated square. It took Bernini more than one decade to build the 17th century square. There are two main parts of the square – a trapezoid and an elliptical area of intricately designed colonnades and porticos. It is flanked by 280 columns, 88 pilasters, 140 statues, and 2 fountains. The architects had a flair for plurality in numbers, it would seem. A walk around the Square is free. 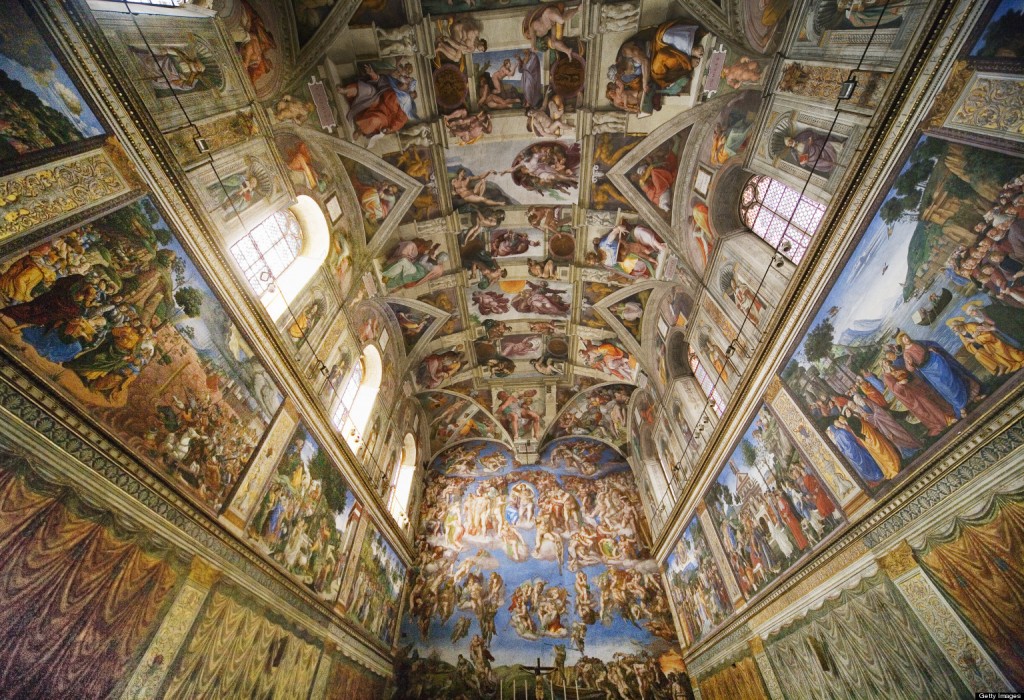 Sistine Chapel is included in the Vatican Museums but it deserves special mention. It is the result of the work of 4 architects that started in the 15th century. It contains the Michelangelo ceiling frescoes and the Last Judgment. Admission is covered by the fee paid for the Vatican Museums.

With a past so rich in art, architecture, and history, the Vatican has accumulated vast collections of paintings, sculpture and other monumental forms of art that span several centuries. The collections span across cultures, too – Greek, Roman, Etruscan, and Egyptian. The museums include the Sistine Chapel which is famous for its Michelangelo frescoes, the Chapel of Beato Angelico, the Raphael Rooms and Loggia, the Borgia Apartment, the Apartment of Pius V, and the Pinacoteca. The Christian, Profane and Missionary-Ethnological Museum exhibits an archaeological collection, and there are 2 other museums that include modern religious art and other valuable items. The museums are open every day. Admission is USD 21 including the Sistine Chapel, and free on the last Sunday of every month.

The Vatican Palaces are series of opulent mansions built adjacent to the St. Peter’s Basilica from the 14th century to the end of the 15th century. It was Pope Julius II who thought of joining all the palaces and adding courtyards in the 16th century. The popes who followed undertook building and enlarging these structures including the residence of the present pope where he waves and blesses the crowd that gathers every Sunday noon in the Vatican square. Admission is USD 7.

The four Stanze di Raffaello make up the reception rooms of the papal apartments. These are world-renowned for the frescoes painted by Raphael for the 4 walls of every room. These rooms are included in the admission fee paid for the Vatican Museum, but are distinct works of arts that must be given special mention.

Along the banks of Tiber River, is Castel Sant’ Angelo, which used to be a mausoleum in the 2nd century, a prison and a papal refuge. It is connected to the Vatican by a passageway. The castle is a landmark itself but it also serves as a museum today to hold the exhibits of its own history, Renaissance paintings, pottery and antique weapons. The museum opens year-round for an admission fee of USD 10.50.

Regarded as the most beautiful in Rome, this bridge spans the Tiber River connecting Castel Sant’ Angelo and the city of Rome. Formerly known as St. Peter’s Bridge, it now serves tourists who walk from the Vatican to the Castel, and back. It’s open for public use.