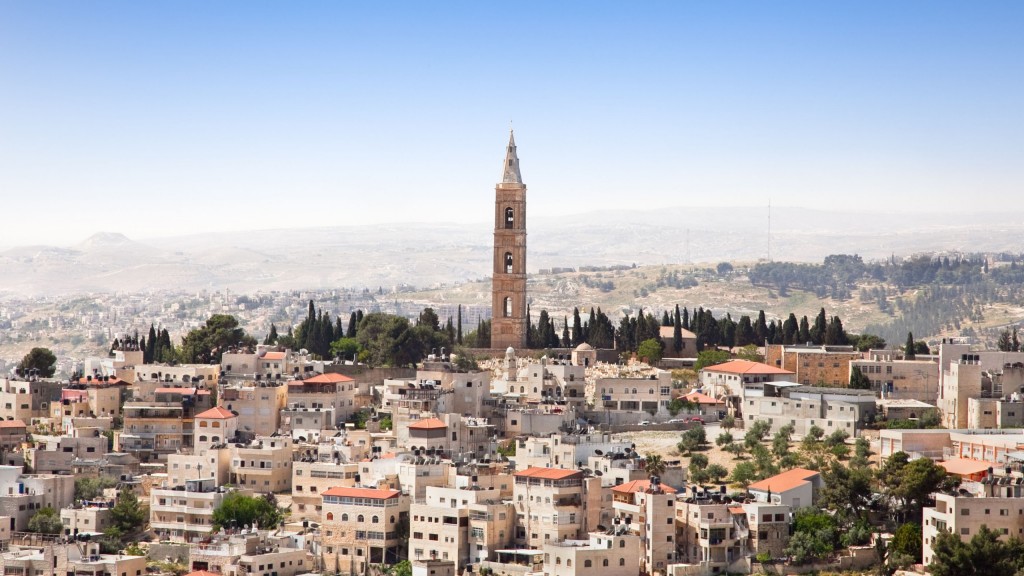 Jerusalem is the interface between heaven and earth, east and west, and past and future. If you view it from the sky, it is just a clump of white-stone houses, spread over hilltops, with the walled Old City as its focal point.  Yet underneath such seemingly ordinary milieu and ancient reputation lies a modern metropolis that has a long, captivating story to tell.  It is the melting pot of the world’s three major religions (Christianity, Islam, and Judaism), and boasts a distinctive cosmopolitan character that magnetizes millions of tourists, willing to look beyond the maelstrom of perennial issues the city has been facing. Within walking distance, you can switch from the history of the Old City, to the hubbub of a souk, to the peace and quiet of a panoramic lookout point. Such beautiful transition and contrast are just among the many things that make the Jerusalem one of the greatest tourist attractions in the world.

Springtime (April to May) is one of the best times to visit Jerusalem. It brings comfortable weather and affordable hotel deals. However, you can expect ridiculously-high rates and jam-packed hotels especially if you book your vacation during the holidays of Passover and Easter. Autumn (October to November) is also a great time to visit the city. The season provides excellent weather conditions and cheap hotel rates. Just like springtime, expect pricey rates during the Feast of Tabernacles and the High Holy Days. Summer (June to September) is also a good time to visit Jerusalem, but be prepared with the scorching heat and the costly room rates.

The most efficient way to get around Jerusalem is through bus travel. The green “Egged” bus routes can be confusing though because of the lack of bus maps. To prevent such confusion, the better choice is the Jerusalem City Tour Bus (99) which roams the entire city. A day pass costs about USD 10 for children and USD 12.40 for adults.

The Jerusalem Light Rail System, which was just opened in 2011, is ideal for travelers as well since they have stops located near top tourist destinations. A 90-minute ride costs USD 1.80, making it perfect for penny-pinching travelers. Cabs also abound the city, however, be wary of drivers who charge fixed prices or take the long route (scenic trips, they say). Bike rentals are available for adventurous tourists too. Despite the abundance of hills in the city, biking through Jerusalem’s paths can easily be accomplished by amateurs. Walking around the city is also recommended for most stops. However, it is not advisable for aged or disabled tourists because of the steep ascents along the way.

Whether you are planning to visit Jerusalem for religious or recreational purposes, the city offers exciting festivities that will keep you amazed for days (even weeks.) Here are Jerusalem’s biggest events that you can base your tour with:

Held every March, Jerusalem’s Holy Week festivities bring Catholic devotees from all parts of the globe right at the heart of the city. Palm Sunday and Easter Sunday are the terminal events of the celebration, and during this week-long affair you can expect thought-invoking recreations of the passion of Jesus Christ.

Scheduled every May to June, the Israel Festival is a three-week celebration of the country’s music, art, theater and dance. Free street theater shows and Indie Israeli movies await tourists who decide to grace the 52-year-old event.

As a city filled with history, Jerusalem’s best artifacts are housed in the city’s different museums. And, for one day every May – also known as Museum Day – you can visit all of these museums for free. Talk about a cheap cultural experience! 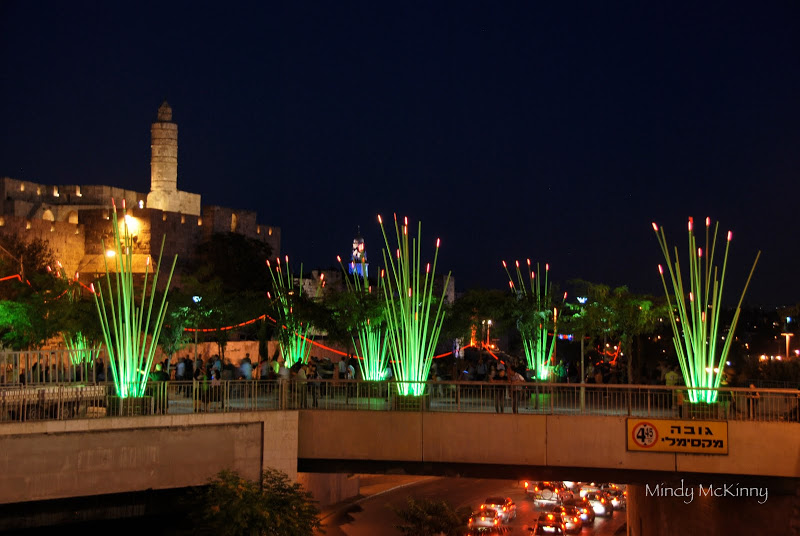 Enjoy beautifully-illuminated summer skies during the Jerusalem Festival of Light, a week-long festivity celebrated every June. Local and foreign light artists converge in the city for this yearly event to showcase their artworks to locals and tourists as well.

5) The Jerusalem Season of Culture

If you have missed the May Israel Festival, it is not too late because you can expect the same caliber of celebration during the Jerusalem Season of Culture. Enjoy Jerusalem’s musical, dance and art offerings by gracing this summer event, which is usually held every July to August.

6) The Festival of Sacred Music

Treat your ears to religious music by visiting Israel during this highly-anticipated event held every August. Musicians from all walks of life usually grace this event in celebration of the role of music in worship.

Jerusalem offers all kinds of attractions – from old temples to newly-designed buildings. If you cannot visit all of them, at least make a little time to take a peek of these attractions.

Also known as Ha-Kotel Ha-Ma’aravi, the Western Wall is considered the holiest site for the Jewish devotees. The attraction used to be the retained Herodian wall that enclosed the Second Temple. It is here where you can find Jewish people lamenting the loss of their temple – thereby giving it its moniker “the Wailing Wall.”The fascination does not stop there, because below the structure (Western Wall tunnels) you can marvel at the wall’s hidden layers – and how they have transformed throughout several millennia. Admission is free.

A holy site for Christians, Jews and Muslims, the Mount of Olives is now the site of many sacred institutions. Here, you can visit the famed Garden of Gethsemane, the Church of St. Mary Magdalene, as well as the resting place of former Prime Minister Menachem Begin. Pay USD 3.30 to get in the park. 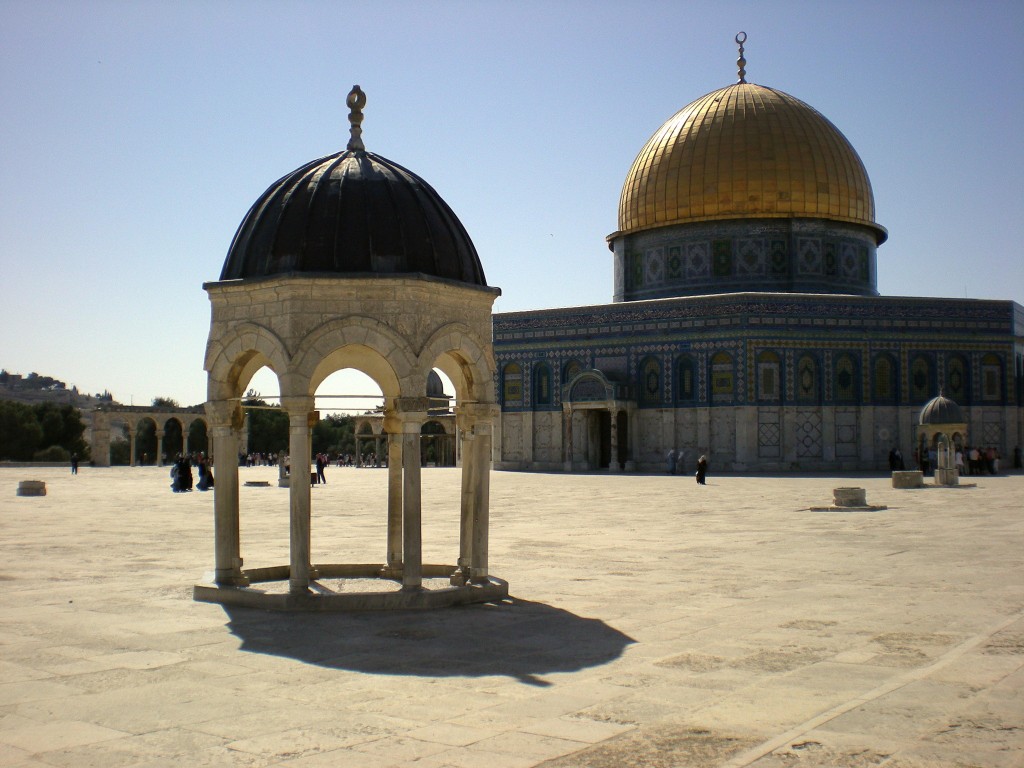 Also known as Haram Ash-Sharif and Har HaBayit, the Temple Mount is considered as one of the most religious sites in Jerusalem. Apart from being a must-visit pilgrimage site for Muslims, Christians and Jews, the Temple Mount features excellent architectural feats that will amaze even non-believers. Admission is free.

4) Church of the Holy Sepulcher

For Christians, the Church of the Holy Sepulcher is the culmination place of their religion, as it is believed to be the site where Jesus Christ was born and crucified. The journey to the Church makes for a spectacular tour as well, because along the way pilgrims will be able to marvel on the sights of a narthex, a basilica, as well as a holy garden. The church’s architecture, which has been imitated for centuries, is an excellent sight as well. Admission is free.

Another hit attraction amongst Catholic tourists, the Sea of Galilee is said to be the inland lake where Jesus Christ has performed many miracles. Also known as Lake Tiberias, it is here where Jesus Christ proved his divinity by walking on water. While Sea of Galilee is primarily a pilgrimage site, you can enjoy other activities here as well, such as swimming and boat tripping. Lakeside churches account for great side tours as well.

The neighborhood is famous for its 400-year-old synagogues, such as Elijah the Prophet and Yohanan Ben Zakkai. These places of worship are located below the streets, because when they were constructed laws prevented them from being higher than Muslim buildings. Admission to most sites is free.

The Holocaust – perhaps the darkest era of Jewish history – is remembered at this memorial. Established in 1953, this monument-cum-research center houses extensive collections pertaining to the Holocaust. Its recent addition is a new wing designed by world-renowned architect Moshe Sadfie. Offers free admission.