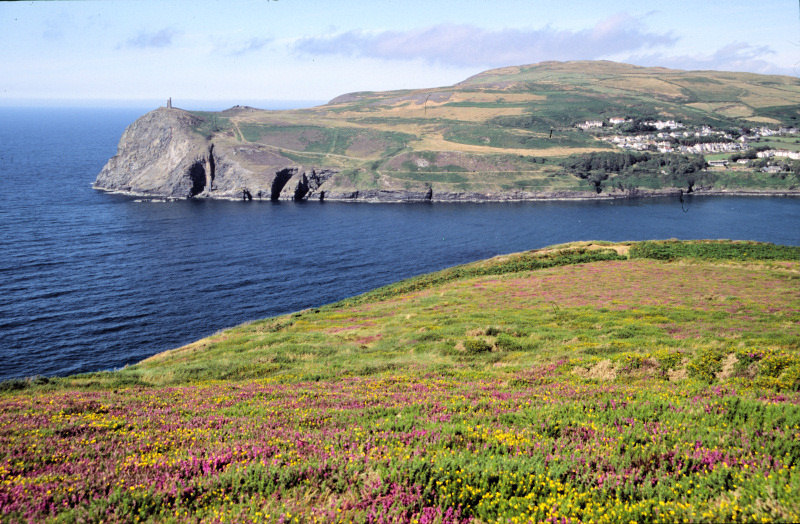 Untouched and almost seemingly disconnected from the neighboring Britain, the Isle of Man is a treasure that remains hidden to even some of the most discerning travel cognoscenti.  In fact, the Isla of Man is perhaps one of the best-kept vintage jewels, remaining exempt from the burdens of the masses and the troubles of the modern world. This beautiful representation of the past could even considered exclusive to those lucky ones that heard from it first and will forever treasure their visit in their hearts. In the midst of lush landscapes and beautiful scenery, you will find a home capable of warming up your heart with its classic allure.

Plan your Isle of Man trip anywhere from May to October. These months bring in cold air, but the temperatures, ranging from 50 to 70 degrees Fahrenheit, are generally pleasant for sightseeing tours. However, if you like to save up on airfare and hotel rates, then best times to visit the island are from January to April and November to December. Do note that the climate can jack up to a chilly 32 degrees Fahrenheit. Rain pours down these months on a regular basis, so make sure to bring your raincoat and umbrella whenever you go outside.

Getting around the Isle of Man is quite easy, since you have four commuting options to choose from. The most popular transportation option for tourists is Bus Vannin, the island’s extensive bus network. It serves the entire island, including the seaport in Douglas and the airport in Ronaldsway.

As for tram travel, you can choose from any of the three Isle of Man heritage railways: Snaefell Mountain Railway, Steam Railway and the Manx Electric Railway. You can view the travel times and purchase your travel tickets from main bus and railway stations, as well as the Welcome Center in the Douglas seaport.

A good thing about commuting in the Isle of Man is that you can save a lot on tickets, since multi-journey tickets are honored in several buses and trams. For example, an Explorer ticket gives you the chance to travel both by tram and bus. The Heritage Explorer deal has the same perks, with additional free access to the Manx National Heritage sites.

If bus/tram commute is too much for you – or if you want to roam around the island privately and at your own pace, then your best option is to rent a car from any of the authorized companies stationed in Ronaldsway airport. As long as you can present a driving license, you can rent a car. In fact, you can choose one with GPS or booster seats. Parking is free for most sites, just make sure to present the parking disc that will be handed to you upon rental.

While car rental services are great, they can be a wee bit expensive. So if you like privacy and affordability minus the need to drive around unchartered territories, then you can go ahead and hail a cab to take you to the Isle of Man’s most popular attractions. Taxi companies operate 24/7; you can ask your hotel receptionist to call one for you in case you want to engage in some late-night partying.

One thing that will draw you to the beautiful Isle of Man is its jam-packed event calendar. This island, while small, plays host to the biggest celebrations in the United Kingdom. Try to plan your trip around these events:

The Isle of Man is famous for a lot of things – its diverse coastline and rich marine heritage, to name a few. As for food, the island is well-known for its Queen Scallop – also known as Queenie – the produce so highly-honored in the annual Queenie Festival. This summer celeb is indeed a colorful one, with its beach party in Port Erin and fun family activities such as the herring dance and the trawler race. It is celebrated yearly from June 29-30.

While the name of this event might suggest boredom, the Southern Agriculture Show is anything but tedious! This event, held annually from July 27-28, features a colorful display of farming machinery, vintage tractors, even classic cars! True enough, it is an interesting agriculture show – with a kick.

Isle of Man’s second agriculture show is held yearly from August 9 to 10. Apart from a dizzying array of agricultural machineries, the 2-day event plays host to cookery demonstrations, as well as the heated “I Love Manx Chef” cooking competition.

Celebrated every September 21 and 22, this gastronomic event gives you the opportunity to sample the finest food and beverages that the Isle of Man has to offer. This mouth-watering event serves as the stage of budding chefs, who can create delicious offerings from fresh seafood, Manx meat, Manx cheeses, even Manx alcohol! Apart from a culinary exhibition of local chefs, the Isle of Man Food and Drink Festival also opens its stage to acclaimed chefs, such as James Martin and Ainsley Harriot.

Treat your ears to the angelic voices of UK and Ireland’s finest choruses by gracing the annual Choir Festival, to be held this year from October 18 to 20. While it is a strict competition, this festival brings out camaraderie and togetherness between choirs as well.