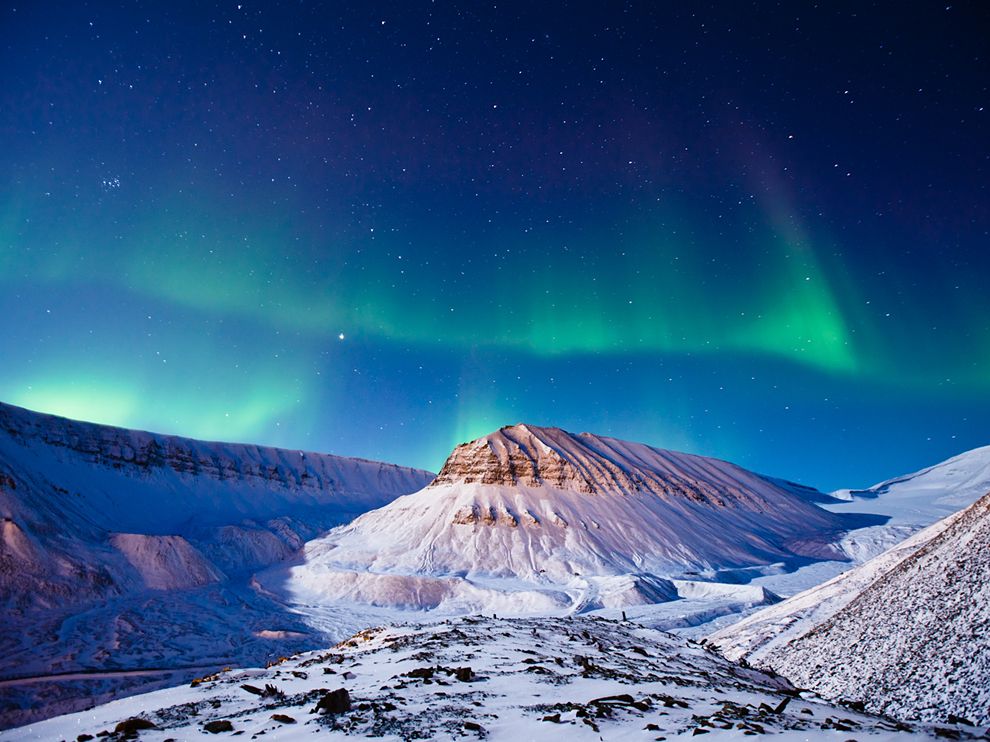 Have you ever wondered what it is like walking where polar bears tread and expedition teams explore? It may not be every day but, once in your life, you will hear that call from the Arctic coordinates. Between the North Pole and mainland Norway, there is an archipelago in the Arctic Ocean. It is called Svalbard – a no man’s land before it became a coal mine in the 1900s, when it officially became part of the Norwegian territory.

Svalbard is the ultimate adventure into an extreme environment that will totally throw you off. This ice land with an area of nearly 4-million acres is the next best thing after the isolated Arctic Circle. Congested by towering icebergs, floating floes, and rock-hard glaciers, these frozen water and treeless landforms sustain the growth of lichens and delicate flora. Your arctic experience in nature’s most powerful rawness is nothing you’ve experienced before. Some creatures call this raw and startling beauty “home,” why don’t you book a flight and pay this northern territory a visit?

Due to the extreme weather conditions of Svalbard, tourism peaks during the brief summer, from June to August, when outdoor temperature is bearable and there’s plenty of sun. The months from March to May, dubbed as light winter months when the archipelago gets both sunlight and snow, are also gaining status as ideal period for winter sports. Svalbard is also where you witness the midnight sun from end of April to end of August; or the polar night from end of October to middle of February. The polar nights bring several festive activities like the one dubbed “Polar Jazz,” for a 4-day music festival in January, the “Sunfest Week” in March, and the arts festival “KunstPause Svalbard” in November.

“Cold edge” is the literal translation of the Norwegian name “Svalbard.” The climate in this northern land is arctic with cool summers and chilly winters. Humidity is so low, though, that it merits the name arctic desert. Summers come in July through August, with temperatures averaging at 43°F alleviated by the warm North Atlantic currents flowing along the Spitsbergen coasts. The tundra is alive, albeit briefly, with tiny flowers and vegetation. Winter from November to January has two to three months of extreme cold and total darkness, called polar nights, and planes are mostly unable to land. But people have coped with it and find a lot of activities to do during cold and bleak winter, including northern lights observations and polar night festivities. March to May is fondly called light winter, when it is very cold but the sun sends its powerful rays.

With barely 3,000 humans inhabiting the archipelago, Svalbard is predominantly whales, walruses, polar bears, seals, Arctic foxes, and Svalbard reindeer. Craggy mountains and polished glaciers will seldom allow you to leave your footprints in this ice-swept island. While frost and ice will cover your tracks in seconds, the time you spend here will forever be etched in your memory.

Live the Arctic life by joining wildlife camps. Svalbard is not your usual summer destinations, and polar creatures don’t necessarily know about human rules. It is therefore necessary to book with guided tours and take precautions, such as carrying a rifle outside the settlements.

2) Chill Out in the Wide Arctic– Literally!

Take to the Arctic Ocean and spot the humpback whales, narwhals, orcas, and beluga whales; go dog-sledding or kayaking on chilly waters.

3) Take the Night Out

Spend an extraordinary holiday in this all-winter land – watch a festival at the advent of a polar night or witness the Svalbard midnight sun.

4)  Check out the World’s Northernmost Museums and Church 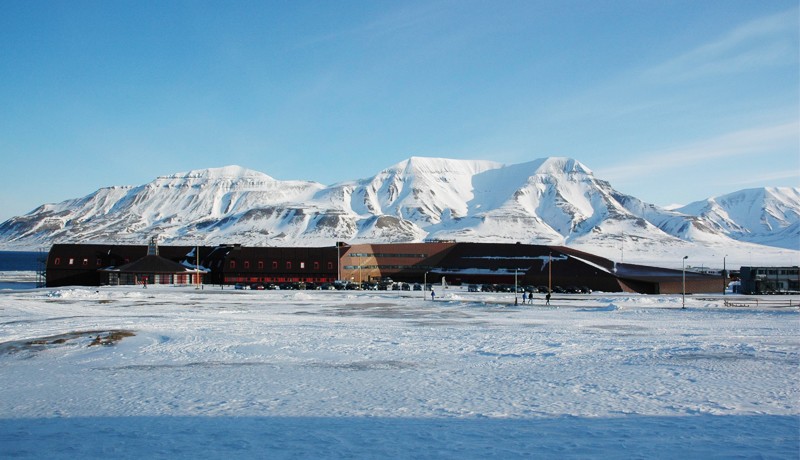 The two museums and the world’s northernmost church situated Longyearbyen, the Norwegian capital of Svalbard, are worth a visit.

5) Dive Naked into the Waters

There are sites that allow for supervised diving into frosty water. A camp along the beach issues a certificate to bathers as polar swimmers, what about that? There are extra precautions you have to take before having the icy splash. Those with heart ailments, however, will be endangering their life with this neck-deep icy dip. A walk along the beach watching the surrounding blanket of ice and the sky with multiple hues of blue, instead, can be an equally rewarding alternative.

The arctic is paradise to the old hand; but it can be harsh to the inexperienced. To engage in its top attractions, especially the highly adventurous ones, you must seek professional guides and operators. It must be noted that Svalbard is not only an assault to mediocre adventure; it is also devastating to your budget. Everything about Svalbard is extreme and this includes costs. It is mighty difficult to engage in this arctic experience on a shoestring budget. Svalbard is something you prepare for physically, psychologically, and financially. To truly live the arctic, live in camps. These are the attractions that pull adventurers to this Norwegian island.

This is the precursor of all commercial camps and camping tourism in the archipelago. It emphasizes that you come to Svalbard to camp and not to stay comfortable on warm beds inside several-starred hotels. The camp provides intensive encounters with the camp’s neighbor nature – scenic views of ice fjords, wildlife, and the tundra. Camping fee is USD17 per person per day. Tent rental costs USD17 and rental of other camping equipment and beddings cost from USD2 to USD8 per day.

Hear yourself yelp with the rowdy team ahead with this summer adventure on dogsled-on-wheels. Explore the Endalen and King Olav’s mine aboard wagons. Have numerous photo opportunities with Svalbard’s flora and fauna. This will take around three hours and you will be served with snacks and warm milk. Price for the tour per person is USD127.

Paddle on the historic Adventfjorden and experience the rugged old world of Svalbard, contrasting sharply with the organized community in Longyearbyen. Mountains stand tall at 3,000-feet above the still waters of the fjord. The east side still shows remnants of the coal industry of Adventfjorden. A minimum of 2 persons, and a maximum of 12, can request for this guided tour with a fee ranging from USD114 to USD157 per person. The tour operator will provide for the accommodation, kayak, kayak clothing and other necessary equipment, meals and snacks, and an experienced guide. This tour will take a day. There are 7-day kayaking tours for an arctic sea journey which will cost around USD2,390 per person.

Travel and concentrate for two days on pure Svalbard, farthest from any hint of civilization and into polar bear territories. This will be the area approaching the east coast of Spitsbergen. Three to six participants can request for this exploration. The price starts at USD1,517 per person and this includes transportation, use of snowmobile and suitable clothing and equipment, food and cabin accommodation, and experienced guide.

Have a glimpse of how ice-age could have possibly looked like. Live in teepee tents or glacier cabin close enough to breathe on the icy face of the Nordenskiold glacier.  Wake up to the chirps of feeding sea birds, a friendly visit from some furry seals and reconnoitering arctic foxes. Have a simple hot breakfast while taking in the smooth and geo-morphed ice panorama. This camp provides various experiences, including beach strolls, boat cruises to observe life on the fjord, ascent to Fortet Mountain, picnics and exploration of ice structures. An armed and expert guide is required for any of these pursuits. Package rates, depending on inclusions and number of participants, start from USD99 per person per day.

6) Introductory Excursion to Longyearbyen and Suburbs

Take a tour by car or bus with a tour guide who will conduct the explanation and orientation. This is a fitting first activity to have a general view of the archipelago, its history and attractions, and how best to deal with it. The tour will include a car or bus ride, intermittent strolls to the museum and some landmarks, and a walk through tundra for the first brush with the arctic flora and fauna. Several languages, as medium for the orientation, can be accommodated upon request. There should be at least two participants for the tour which costs up to USD4,148.

Location: within Longyearbyen and surroundings (including Svalbard Museum) Museum 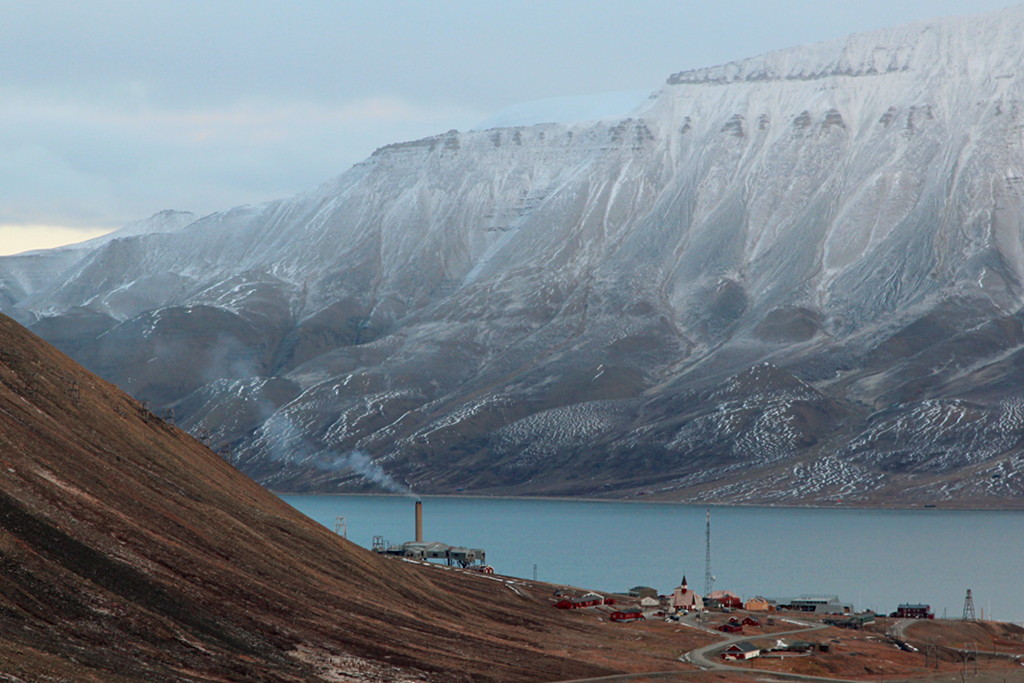 Take easygoing strides along mostly pathless routes to this valley. In fine weather, the graceful tundra turns into a floral canvass of delicate life. Polar foxes, guillemots, reindeer, a number of birds and little auks give movement and life to this quiet scene. The visible fjord across the thick carpet of moss and lichens adds a fluid dimension to nature’s portrait. You can listen to yourself sigh at such a tranquil beauty. Tour packages range from USD58 to USD132.

Enjoy a pristine fjord panorama after a steep ascent to the island’s Northern Plateau. Gravel track will be prepared ahead to ease the ascent. This is a great excursion on good-weather nights. Wear sturdy but comfortable hiking boots since this will be an almost 4-mile uphill walk. Cost ranges from USD58 to USD115.

Join a night trip to race to the top of the Trollsteinen (the Troll Rock). The Trollsteinen is the natural rock tower which marks the highest elevation of the horseshoe-shaped mountain surrounding Lars’ Glacier. The group of not less than 2 persons with expert guides must take off from Nybyen. This involves tough walking since snowmobiles are not allowed on most parts of the glacier. Tour price ranges from USD114 to USD163 per person which covers snowshoes and other safety equipment, meals and snacks, guide fee, and site accommodations.

10) Ice cave underneath the glacier

Beware claustrophobics this couldn’t simply be your game. At least two people can request for this spectacular ice spelunking trip underneath glaciers. The tour facility will provide for transportation, food, equipment and accommodations at the site. The tour package costs from USD63 (children) to USD114 (adults).