Athens may be Europe’s oldest city, but it is still as enigmatic as the mythological figure whom it’s named after, unceasingly evolving over time. In recent years, it experienced a beautiful transition– into a sophisticated metropolis– yet still has remained coherent to its historic significance. In its historic center, the sites are now virtually car-less. Promenades now link the sites, creating Europe’s longest pedestrian path, not to mention most lovely. When you visit Athens now, you will not only see Europe’s most enthralling and most ancient city, you will also see that part of its history, which will mark an era. In a few years, Athens will reinvent itself time and again. See Athens today and anticipate what it will be like down the road.

Come to Athens in spring and autumn, when the city is at its best. The temperatures are perfectly comfortable, though you may need a light jacket in the later part of autumn. Tourists generally flock during summer, and you wouldn’t want the beauty of Athens deluged with waves of people. Besides, summers are terribly hot. 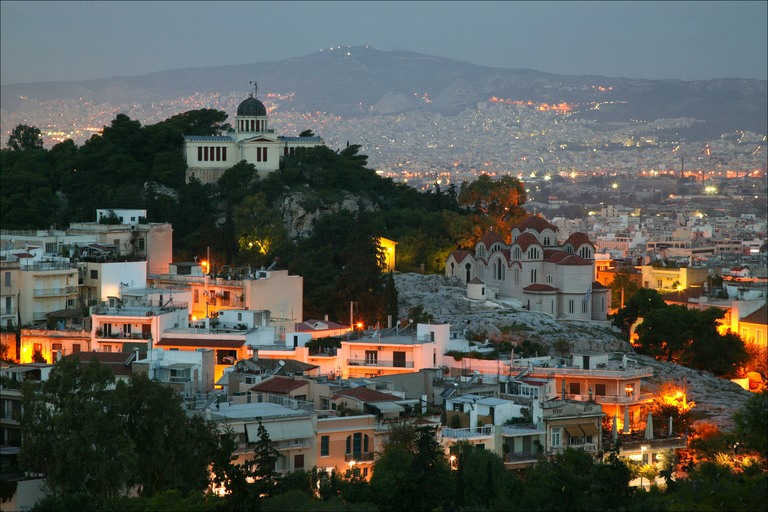 The city of Athens has a simple and useful network of public transportation that is also reasonably priced. You can opt for a bus or a metro ride to quickly travel from one side of the city to the other. If you like to be in full control of your time and schedule, you can always rent a car. Taxis are always available and very affordable, too.

Athens has many festivals, many of which are religious. Here are Athens’ annual events. Plan your trip around them to make it even more momentous.

1) The Festival of the Epiphany

Epiphany occurs every 6th day of January. The Greek Orthodox community celebrates this for 3 days when children sing epiphany songs from one house to another. It is also marked by the Blessing of the Waters.

This is both a religious and a national holiday, when the Greeks celebrate the national uprising led by Archnishop Germanos against the Ottoman Empire. The church also celebrates Annunciation.  There are school parades where children wear the traditional costume and carry the flag. The main food for the day is the traditional bakaliaros (fried cod) with skordalia (garlic puree).

Apokries or Carnival is a celebration prior to Lent Season. There are parades and participants wear masks and costumes. People say goodbye to meat (the literal meaning of Apokries), by making a big deal of eating meat for the last time before lent begins. Tavernas and homes will be filled with the smell of charred or grilled meat.

Clean Monday or Ash Monday is another holiday. This marks the last day of Apokries and the start of fasting or lent. Food will generally be octopus, halvah, taramasalata, olives, and shrimps. You will also find the skies filled with kites, an Athenian tradition.

Pentecost means fiftieth, and the celebration marks the 50th day after the Greek Orthodox Easter. It takes places on a Sunday. The Monday following it is another holiday, called Agios Pnevmatos, which marks the descent of the Holy Spirit upon the apostles. Locals take the opportunity to visit the islands or the villages.

The Greek Orthodox community churches are named after saints. Every saint has a feast day and is celebrated by a Panagiri. There are processions, special church activities, and community fair or markets.

7) The Feast of the Flowers

May 1 is a national holiday to celebrate the Festival of Demeter, the goddess of flowers. Families have picnics and have fun picking flowers. May 1 also happens to be an International Workers Day.