Russian photographer Murad Osmann keeps on following his beautiful girlfriend Nataly Zakharova around the world and capturing precious moments in some of the most amazing places in the world, including Barcelona, London, Amsterdam, and Bali. Osmann started the well-known “Follow me” series back in 2011 during a vacation to Barcelona, and now he is one of the most followed photographers on Instagram.

The uniqueness of the series is in the perspective Osmann takes. His girlfriend’s face is majestically pacing forward away from the camera – showcasing her back to the viewer and guiding her photographer boyfriend through some of the world’s most impressive landscapes. Have a look at some of the gorgeous pictures he took. 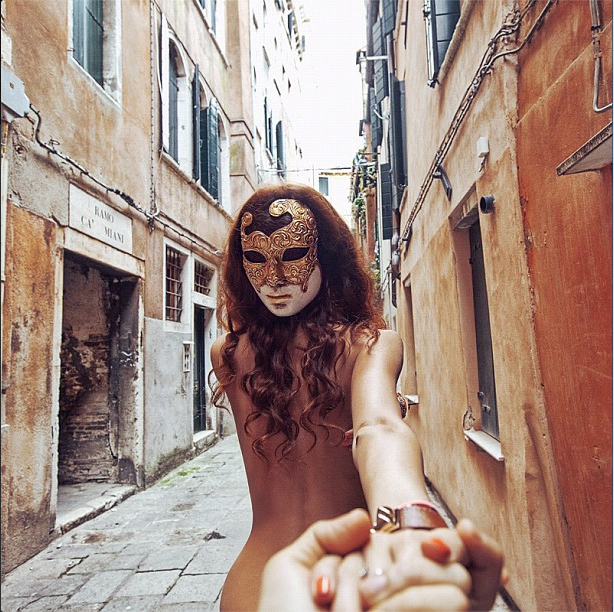 Here is Nataly wearing a carnival mask in Venice, and nothing much else. 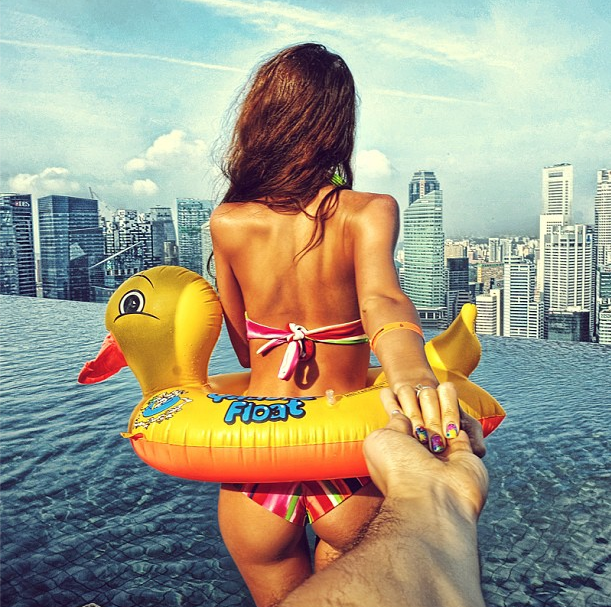 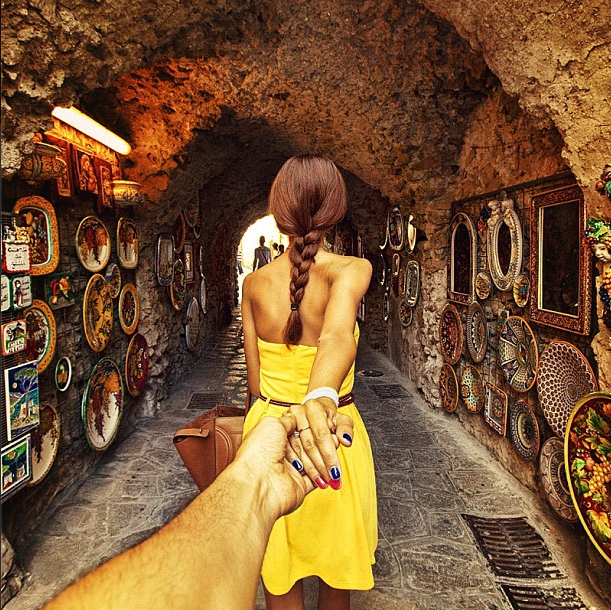 Walking along the southern Italian town of Ravello, along the Armalfi Coast. 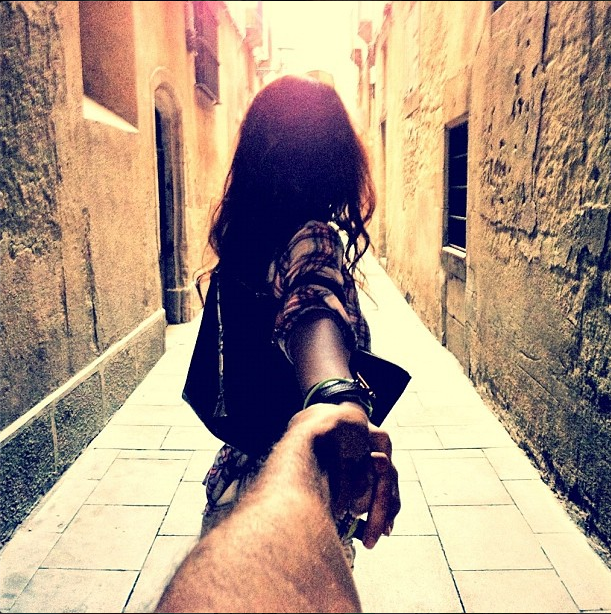 Natalia leading Murad down the streets of Barcelona, the picture that started it all. 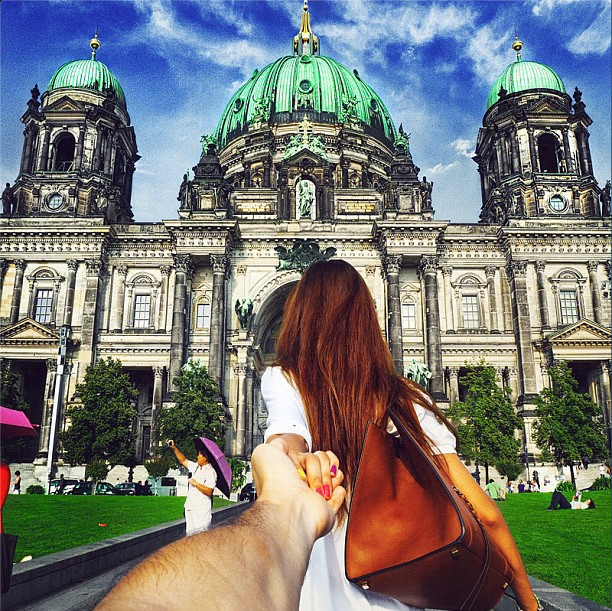 The two at the Berlin Cathedral in Germany. 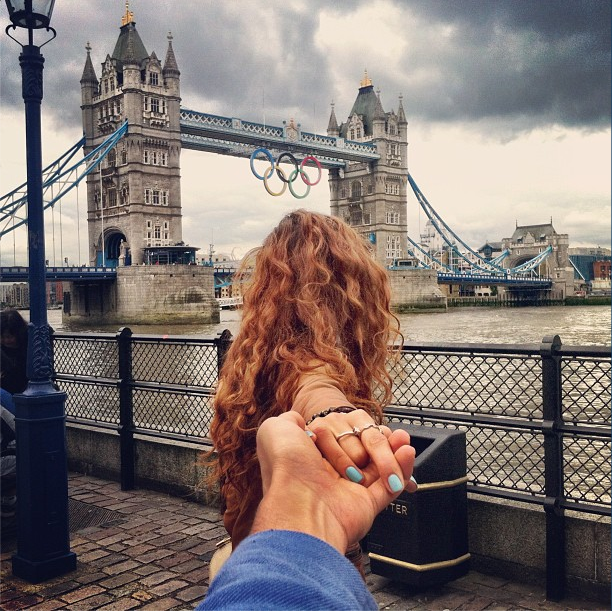 At the London Tower Bridge, during 2012’s Summer Olympics. 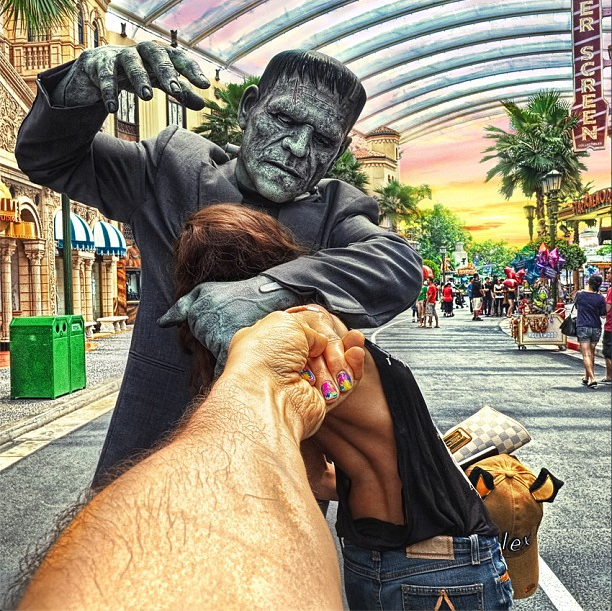 Having fun at Universal Studios in Singapore. 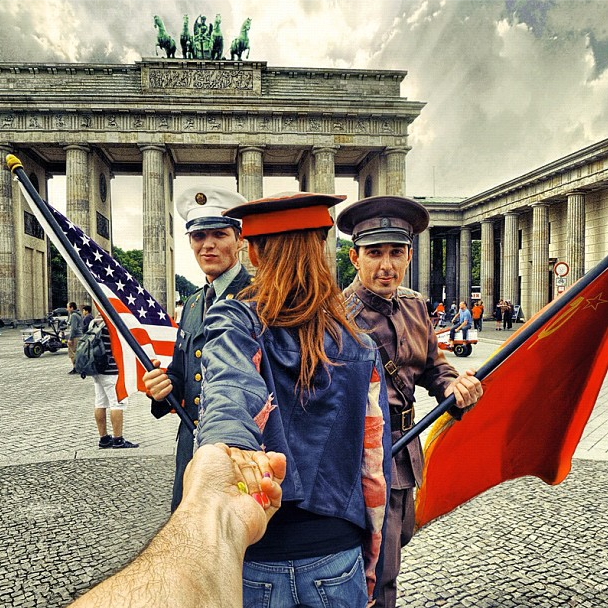 At the Berlin Brandenburg Gate with two actors. 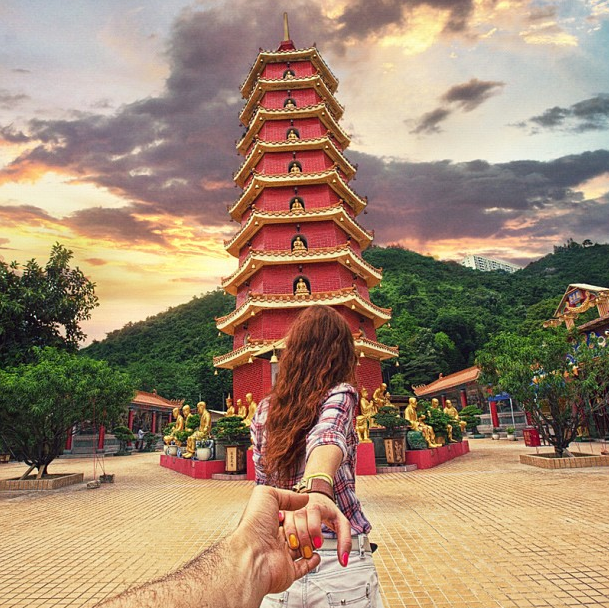 Amazing shot of this waterfall in Bali. 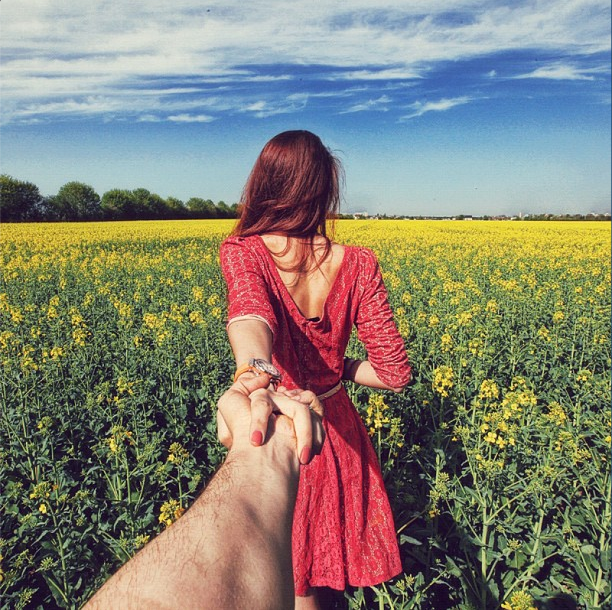 Blue skies over an Austrian field. 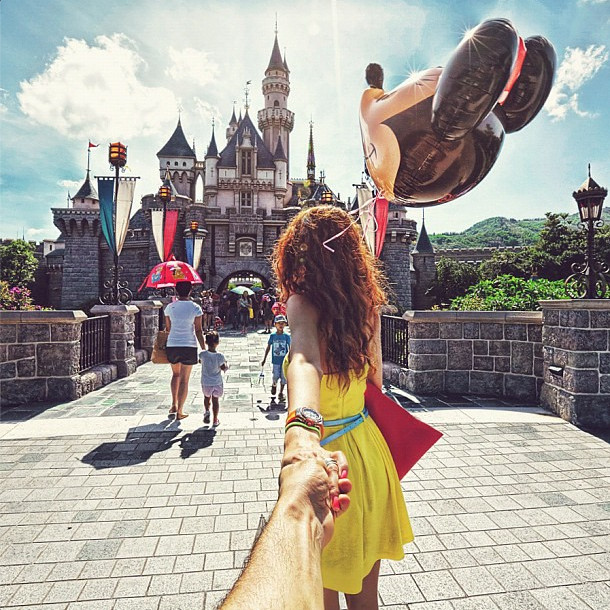 A day at Hong Kong’s Disneyland. 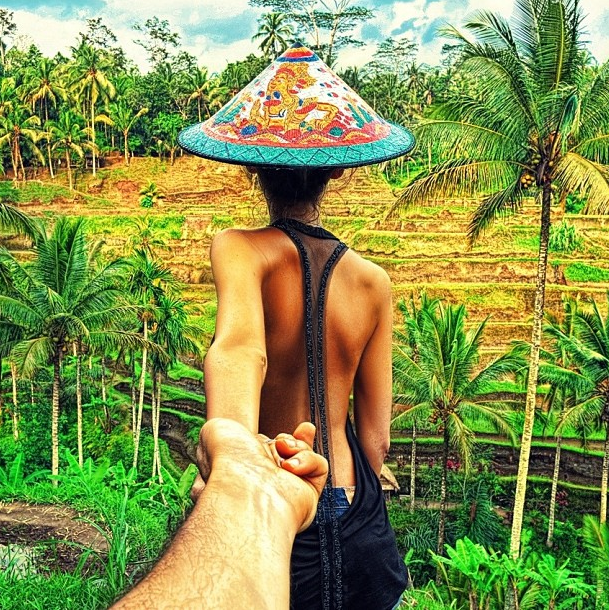 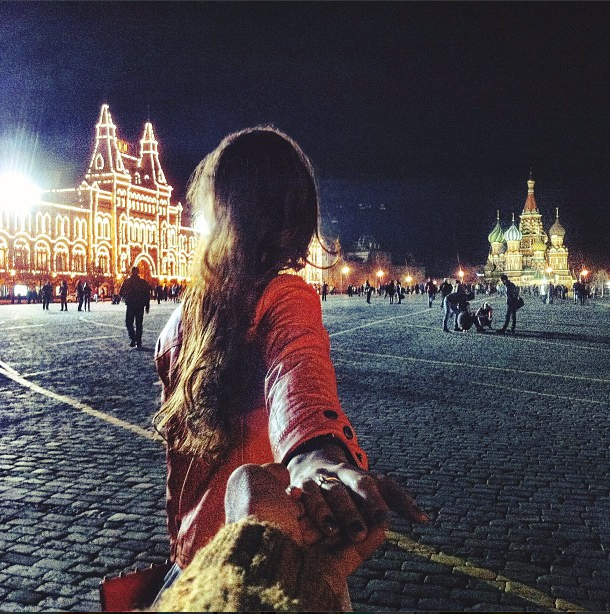 In the heart of Moscow. 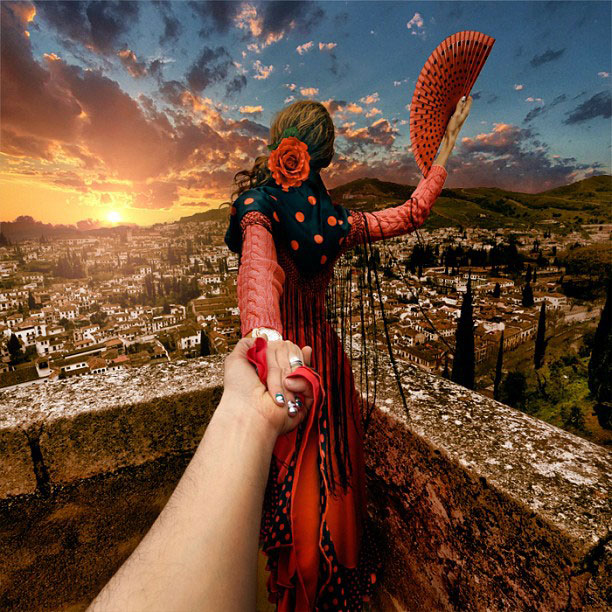 During sunset in Alhambra, Granada. 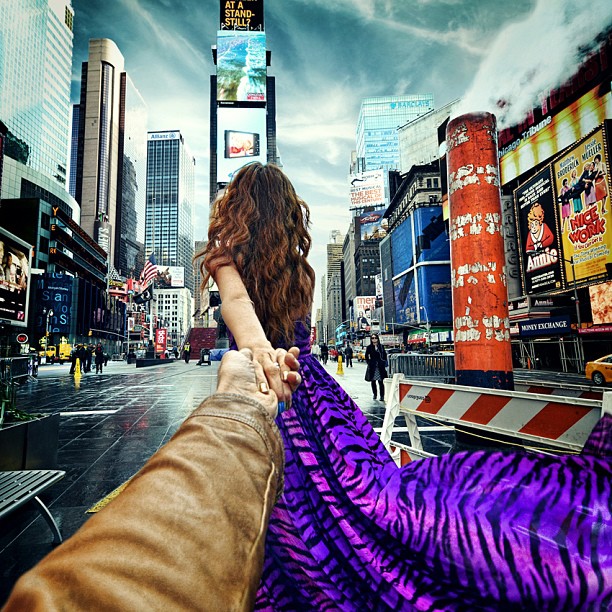 Right in the heart of Times Square in New York. 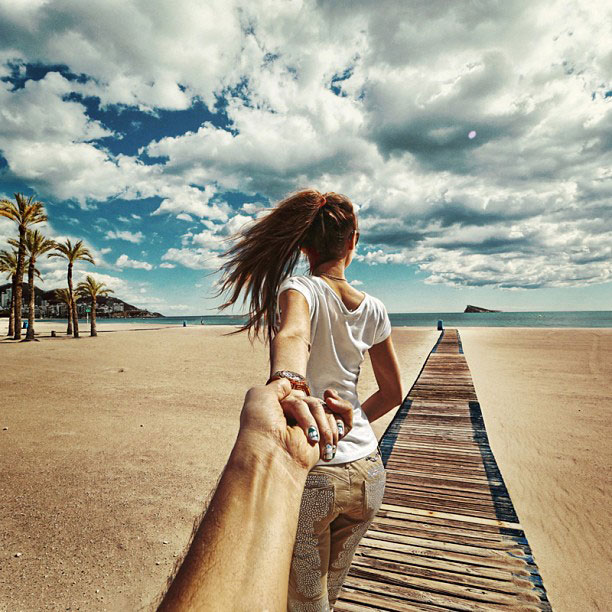 A nice day in Benidorm, a small coastal town in Spain. 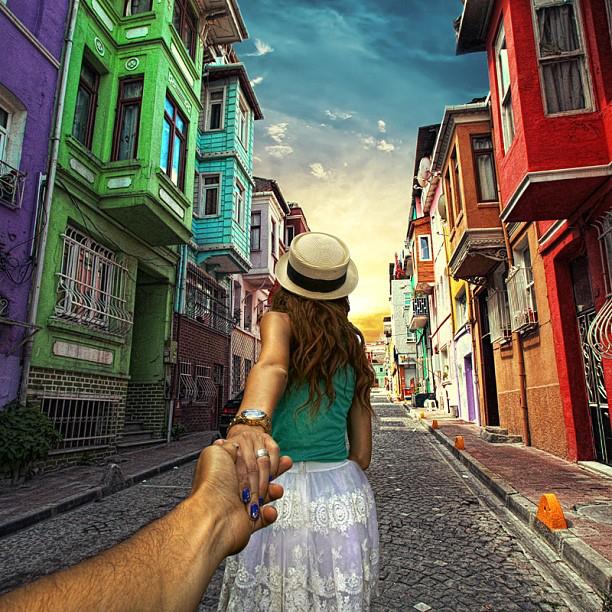 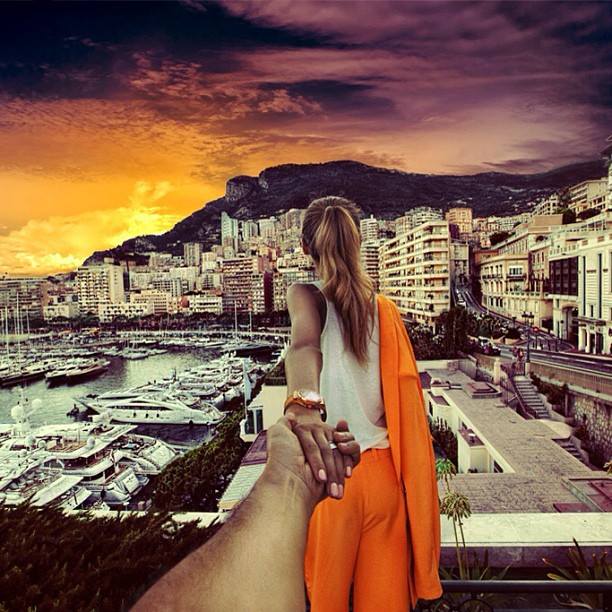 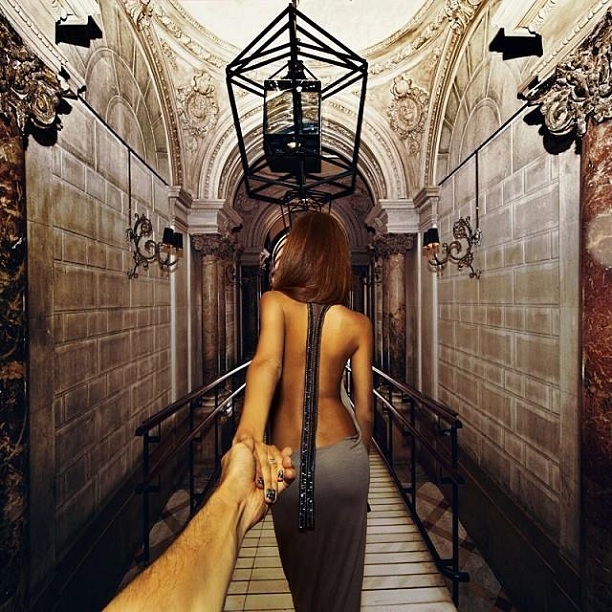 Another picture taken in Barcelona, Spain.

And yet another one in Barcelona. Something tells me they like Barcelona. 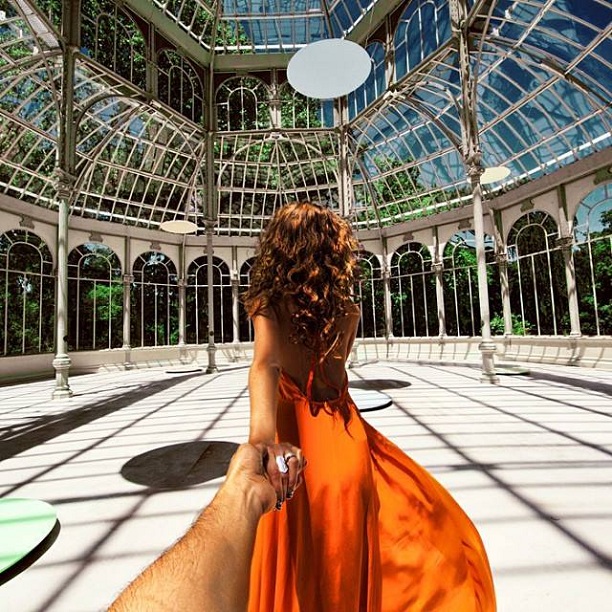 At Crystal Palace in Madrid Spain. 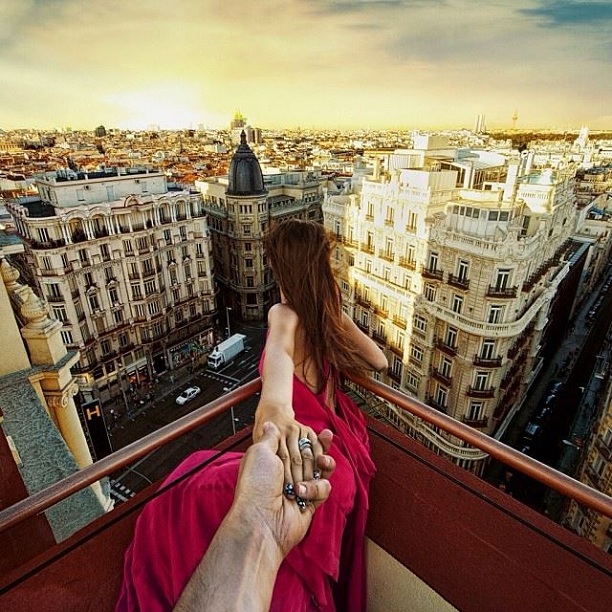 At Patrik Hotel in Madrid, Spain. 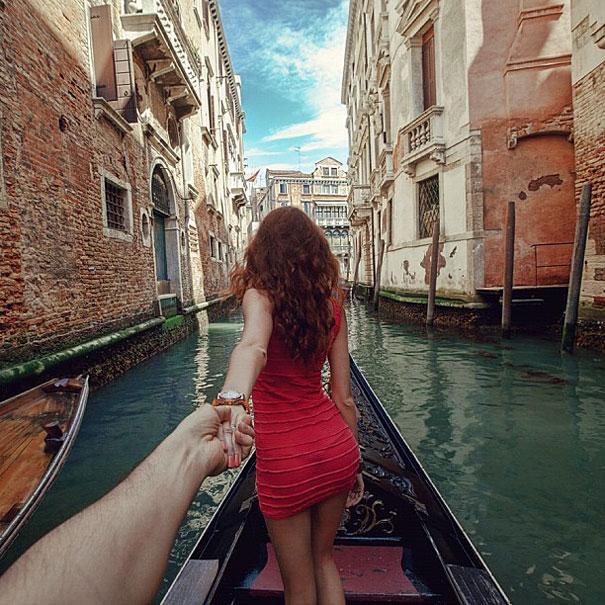 On the gondola in Venice, Italy.