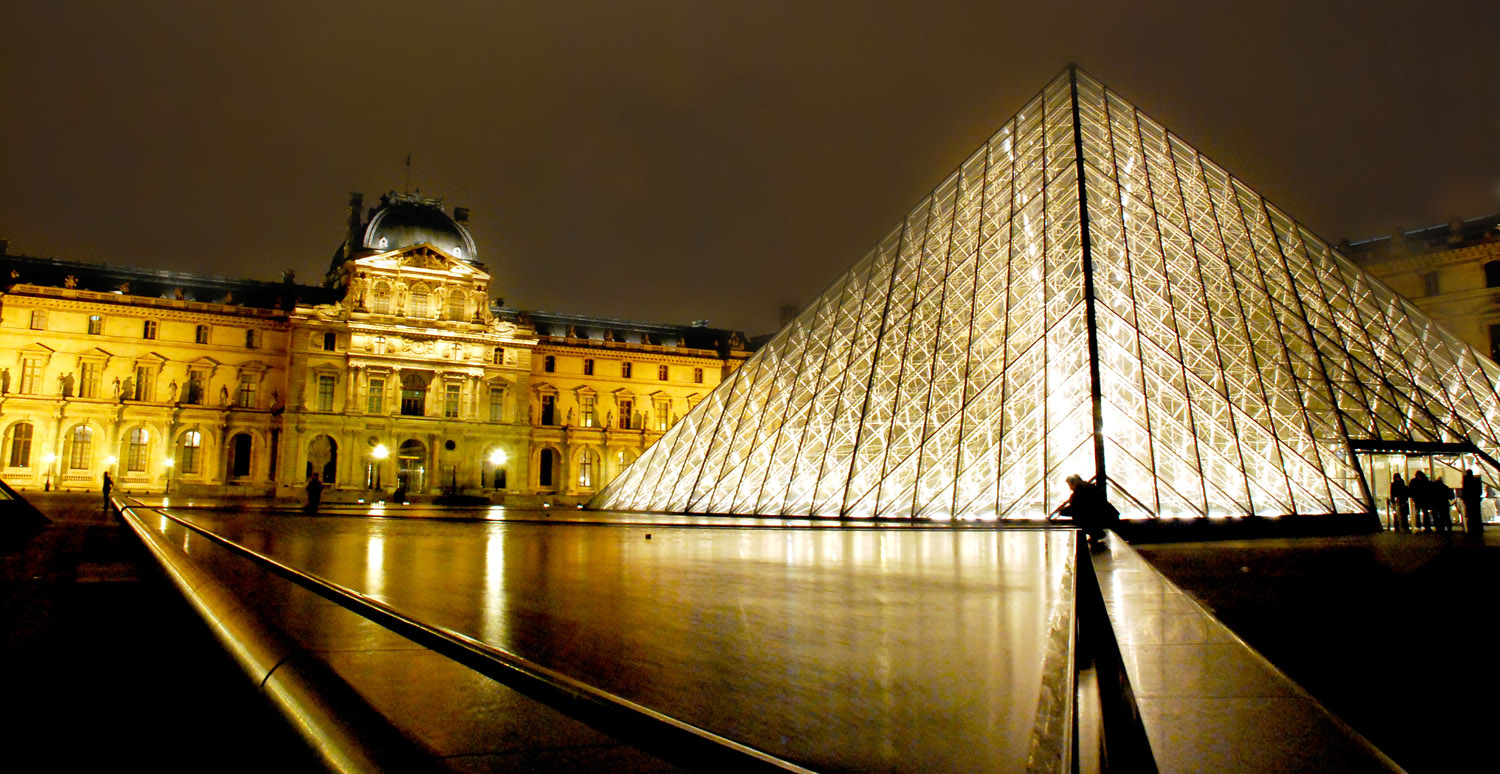 If Paris has one particular place that best embodies French art and culture at their finest, it is none other than the iconic Louvre. It is, after all, the world’s biggest museum, housing 35,000 art masterpieces and now spawning offshoots in other parts of the world: Atlanta and Abu Dhabi. The Louvre resembles a small yet despotic, formidable state, complete with its own set of rigid customs, carved inhabitants, and 24/7 fire brigade and security personnel wearing designer uniforms. And since there’s virtually nothing about Paris that ever stands still, the museum has stood to endure perpetual modifications and additions up until the present day.

Be among the 6 million people to frequent the Louvre and appreciate the works of Rembrandt, Botticelli, Michelangelo; and grand displays and exhibits, such as the golf-size diamond in the royal treasury, Egyptian bronze figurines, and thousands of others this year.

Visit Paris–Louvre–in spring when the weather is temperate. These are from March to May. Autumn, from September to October, is also a great season to visit Paris and the Louvre. The beginning of October marks the annual Nuit Blanche which is a festival dedicated to art. It will be leisurely to walk along Parisian sidewalks and the River Seine, and saunter to the Louvre early in the morning. You can have breakfast in nearby cafes in time for the opening of the museum at 9:00 a.m. You can enjoy the solitude in the galleries when the queue of people has not yet poured in. Keep in mind that on Tuesdays, the Louvre is closed. Admission is free on the first Sunday of the month, and that also means that the crowd would be unbearably heavy.

If you don’t mind turning in late at night, consider a nocturnal visit to the Louvre. Tickets are USD2 to USD2.50 cheaper after 6:00 p.m. and the crowds have thinned out. The museum is free on Friday nights for those below 26 years old. If you are staying at a hotel nearby, this would be a fitting night activity. A magical walk along the Seine after visiting the museum will definitely make that night a memorable one.

Parisian climate is mostly mild. The coldest temperature runs in January with average temperature dipping to only 37ºF. It rarely snows, but when it does, snows melt fast. The wind, though, will be rather bone-chilling. From the months of March through May, the temperature in Paris is at its most comfortable. Tourists still peak in summer, from June to August, but it will be hot and humid. Most Parisians leave the city for other more comfortable places. Many businesses close, and orchestras and operas also take a break. Autumn in October is a close second to spring, in terms of ideal temperature. Rains do pour, but they are generally light precipitations.

It is easy and delightful to get lost in the Louvre. This approximately 645,000-square foot  maze, with its more than 35,000 exhibits, can easily send you off-course. It will be important to read a little about the museum before venturing into its labyrinthine galleries.

1) Study the Map of the Louvre

Prioritize and identify what you would like to see at the Louvre. You have to do this before buying your ticket. Familiarize yourself with the different wings: Sully, Denon, and Richelieu. The entrances to any of the wings are marked under the I.M. Pei’s glass pyramid on the Louvre courtyard. Without your map, Louvre would be like a huge labyrinth of art exhibit, although the museum is very organized and color-coded. Your list of must-sees and you map will keep you on-track, but a little aimless and pleasurable wandering is expected.

You haven’t gone to the Louvre if you haven’t been up close the half-length portrait of the Mona Lisa. You will need to buy a ticket for the permanent collection to see her.

The goddess of beauty, caught in stone. Albeit armless, you can figure her individuality. She stands with grace and pride at the Sully wing of the Louvre.

4) Gape at the headless torso of The Winged Victory

The Nike, or the Winged Victory, is life and action captured in stone. You can almost feel the softness and folds of her clothing. And at the same time, her stance makes you think she’s ready to soar. She’s headless, but she captivates as much as the two famous ladies of the museum.

5) Check out the other exhibits 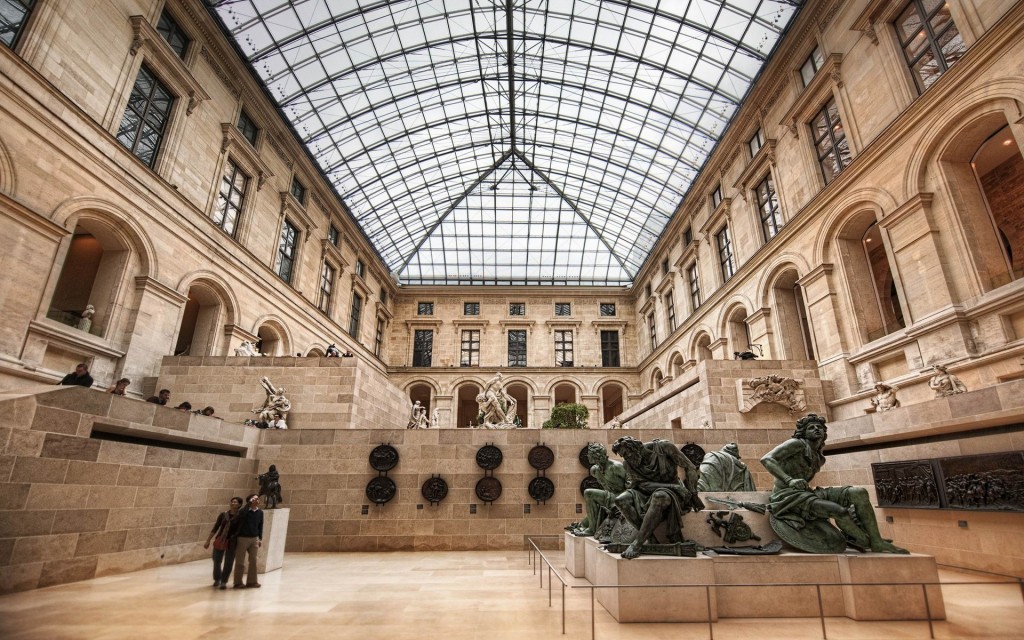 The Louvre is home to a vast range of fascinating exhibits of art and antiquities from different cultures worldwide, such as Islamic and Egyptian art, European paintings and sculpture, and decorative and graphic arts.

6) Grab a piece of Louvre to bring home.

There are stores within the Louvre that offer a vast selection of souvenirs: posters, magnets, shirts, mugs, among others. You can also find guides to the museum’s collections (set in different languages), all designed to make your tour easy and widen your knowledge about the artworks.

While the fact that it is the world’s most expansive and most frequented museum may daunt you, there are more ways than one to ensure you’re never going to miss anything in it. A walking tour can take you to its most famous art pieces, such as the following:

Leonardo da Vinci’s world-famous La Gioconda (Mona Lisa) with her enigmatic smile is certainly the museum’s celebrated trademark, so expect some jostling from crowd of visitors inching to have a close look at the painting. Painted by da Vinci as a portrait for Lisa Gherardini del Giocondo at around 1503, it is the best known, most written about and even sung about piece of art in the world.

Also called Aphrodite of Milos, she was discovered on a Greek island in 1820. This armless marble goddess exudes unfathomable mystery as to her arm posture and unique individuality. She is an ancient Greek sculpture and one of the mysterious ladies of the museum.

Another outstanding Greek statue is the Winged Victory of Samothrace, also called the Nike of Samothrace, which dates back to the 190 B.C. Set at the top of an imposing flight of stairs, her body is covered with a garment in highly-intricate details and pressed headlong as if to thrust forward.

Another one of da Vinci’s emblematic paintings, The Virgin of the Rocks is a portrayal of the Virgin Mary, Christ and Saint John the Baptist on a rocky landscape. Created between 1483 and 1486, this painting is displayed along with the works of Botticelli, Titians and Tintorettos, Raphael, Caravaggio, and many other Italian masters.