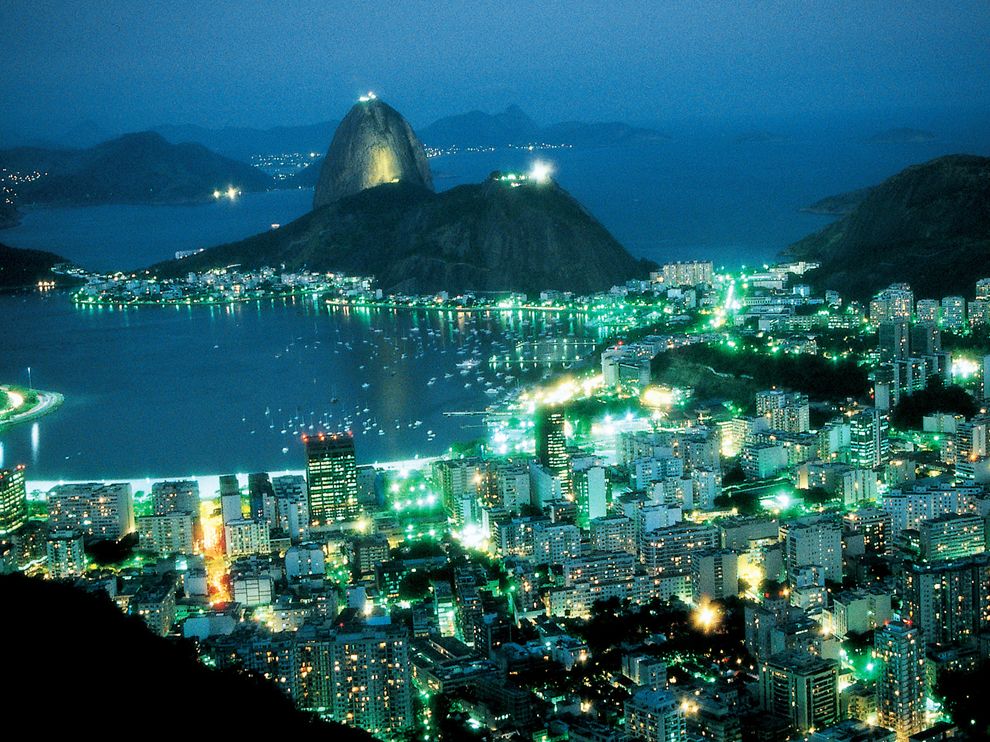 Even before the klieg lights shone on it as the next host of the 2016 Olympic Games, Rio de Janeiro has already basked in the limelight. It has long been throbbing with people, pulsating with all forms of revelry, and radiating with religiosity. Tourists have been left mesmerized at Rio de Janeiro’s natural landscapes and geography, and marveling at man’s genius over massive engineering feats as well. The city’s harbor, nominated as one of the world’s Seven Natural Wonders, is the result of the spectacular conglomeration of the Corcovado Peak, the Sugar Loaf Mountain, and the Hills of Tijuca. The iconic Christ Redeemer on top of the Corcovado has served as a gigantic testimony of man’s ability to compete with nature’s grandeur.

Due to its very minor weather variations, Rio de Janeiro is one of the few cities in the world that can be visited at any month of the year. However, it is best to visit on the later part of December to catch the world-famous celebration on Copacabana New Year’s Eve. The climate is warm at this time, which is just perfect for those who want to catch a respite from the severe winter months. The colorful carnival, which happens in February, is also a good enough reason to schedule a travel to Rio on that month.

Being a tropical country, Rio de Janeiro enjoys plenty of both sun and rainfall throughout the year. Summer takes place from late November to early March, when the temperature averages 29 to 30 degrees Celsius. December happens to be the wettest month of the year. Autumn occurs from March to June which is a relatively short interval owing to equatorial uniqueness. Temperature doesn’t really fluctuate a lot. Winter follows from June until August with temperature ranging from 15 to 23 degrees Celsius – still warm when compared to winters in other countries. Spring comes inconspicuously in September until early November. Spring is a wee drier than autumn.

Whether you are staying in Rio de Janeiro for a week or for two, you will never get enough of it because the city is simply teeming with exciting things to do.

1) Revel in the exuberant Carnival celebration. 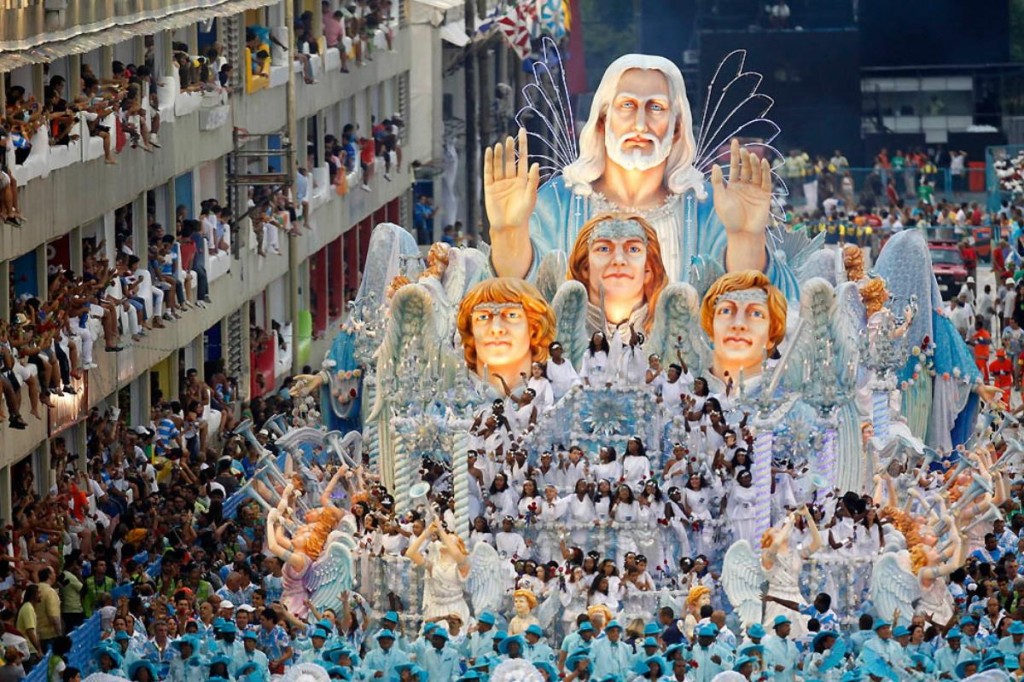 Arrive a week before the Rio Carnival, or the “Carnaval.” Most hotels include balls and parties carrying the theme of the carnival’s glittery costumes and samba inspiration. Escolas de samba (samba schools) open to the public weeks before the carnival for samba lessons and music. On the 4-day celebration, streets will be very crowded with floats, flowers and feathers, local cariocas, escolas de samba competing against each other at the enormous stadium called Sambódromo, and people gathering samba blocks on most streets.

2) Marvel at the fireworks display on New Year’s Eve.

When you schedule trip on the last week of December, you might as well make it culminate with the world-renowned New Year’s Eve celebration in Rio. There will be extraordinary fireworks and live band performances on Copacabana beach. This celebration alone attracts 2 million people, both tourists and locals, to dress in white and noisily usher the New Year in.

Sugar Loaf Mountain is within 5 miles away from Copacabana Beach. This is also where most hotels are, interspersed in the same area between the sea and the majestic Tijuca Range. Ride a train up the Corcovado and take in all of Rio de Janeiro. Climb hundreds of steps to Christ Redentor. There is a less punishing ascent, of course, as elevators and escalators can now be used.

4) Check out the North Zone.

One of these is the Maracanã Stadium, which used to be the largest stadium on earth. This zone also holds the Quinta de Boa Vista where the National Museum, City Zoo, and National Observatory are found.

5) Visit the Centro, including Lapa and Santa Teresa.

While this is the financial and business center of Rio, it also boasts the stately colonial architecture: 30 to 50 interesting museums, cathedrals, and government structures strewn all over Rio de Janeiro.

6) Enjoy the amazing beaches from the east to the west of Rio.

There are in-bay beaches, which are mostly inappropriate for bathing but best for strolling, riding a bicycle, lazing around, or getting sunkissed. Oceanic beaches are the best option for swimming and riding the waves. These are the Ipanema, Barra de Tijuca, Grumari, Recreio dos Bandeirantes, Copacabana, Leme, Arpoador, Leblon, and Vermelha beaches. Farther ahead the row of oceanic beaches is Abricó, the only officially recognized nudist beach in Rio.

Aside from the festive Carnival and New Year celebrations, the following attractions bring people by the throng to Rio de Janeiro. 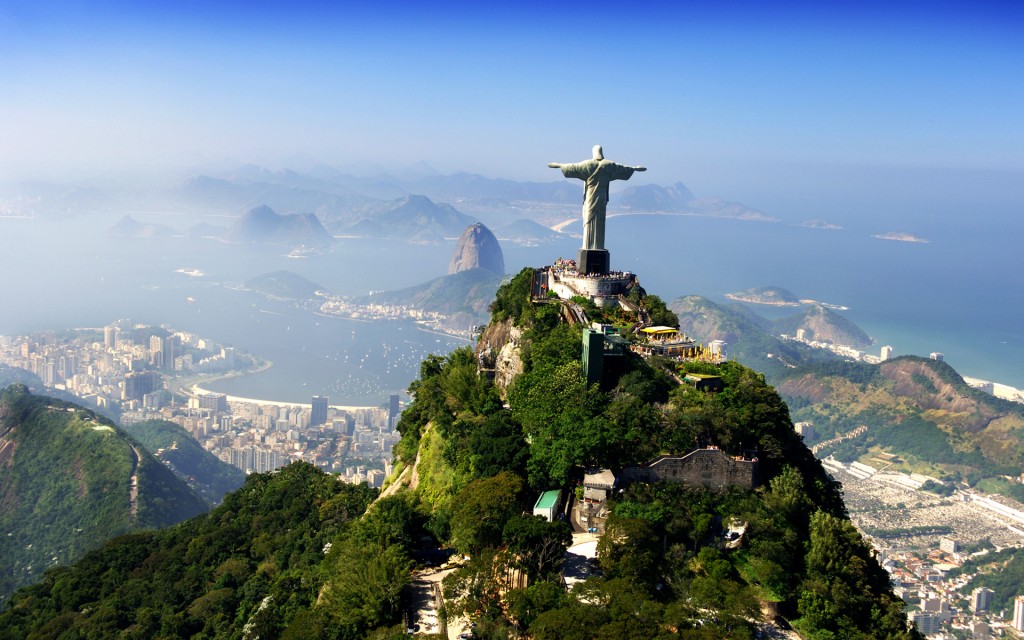 Corcovado (hunchback) Mountain and the Cristo Redentor (Christ the Redeemer) statue can be reached by a cogwheel train through the verdant Tijuca Rain Forest, and views of the Ipanema and Leblon. The Corcovado, which is 690 meters above sea level and twice as high as Pão de Açúcar, allows for a magnificent view of the city. Admission is free but the cogwheel ride costs USD 21. Students get 50% discount. A seat on the right side of the train allows for the best view. After the ride, going to the summit is a breath-taking (literally) walk up 220 steps. Escalator and panoramic elevator are less arduous options. Go early in the morning for a better view and to avoid the heavy crowd later in the day.

Pão de Açúcar (Sugar Loaf) mountains must be visited by any traveler. This site allows visitors a panoramic and green-tinged view of Rio especially at sunset. Keep food and drinks handy since commodities sold by the shops are quite expensive. There is a 2-stage aerial tramway going to the peak with tickets priced at USD 25. Make sure the ticket is kept all through the stay in the mountain since this will be needed every time a cable car is boarded. After 7 p.m., the ride going down is free.

The Jardim Botanico (Botanical Gardens) is found in Rua Pacheco, Leao on the edge of the Tijuca Forest. It is considered the best garden in the whole of Brazil, covering 340 acres and home to more than 5000 botanical species, 140 bird species, and several resident monkeys. There are cafes, refreshments, a library, and a gift shop under live green canopies. The garden opens from 8:00 a.m. until 5:00 p.m. from Tuesday to Sunday. Admission is USD 3.00.

Fundação Planetário is Rio’s planetarium for those interested in astronomy or those traveling with children who might want to mix some educational value into the trip. The projection domes of the planetarium allow for sky and star-gazing through highly-sophisticated telescopes. An interactive Museo do Universo is also an option within the science complex. Admission fee is USD 3.00 for the museum and USD 6.00 for combined museum-and-planetarium. Weekend rates are discounted by 50%.

Praia Copacabana runs along Av. Princesa Isabel to Rua Francisco Otaviano. Rio de Janeiro’s beach culture is best described by the world-famous and song-embedded Copacabana. It has bustling promenades dotted with shops and bars, athletic muscles hustling for the futevôlei, bikini-clad women outdoing each other for the tan, and energetic youths on roller blades. Swimming on the beach is not recommended because of pollution concerns and strong undercurrents. Beaches in Rio are free for beach-revelers.

Praia da Barra is considered by locals as the best swimming option in Rio. It prides of its 18-km stretch of fine sand and pushing waves. The beach is less crowded and the breeze is refreshing. There are parts of the beach with stronger waves and these are ideal for surfers. This is strategically located along Av. Sernambetiba to Av. Lucio Costa in Barra da Tijuca, very near busy streets of cafes, condominiums, and shopping malls.

Estádio Maracanã (Maracanã Stadium) used to be the world’s biggest football stadium. It is the very heart of the futebol of Brazil and of the fans worldwide. It was built in 1959 to host the World Cup Final. It is being extensively renovated today for the World Cup Final 55 years later. A match in the stadium could easily be tagged as the sport equivalent of the Carnival. Fans scream, dance, pound on samba drums, sing, jump, and do anything to add to the deafening decibels. On uneventful non-match days, visitors can visit changing rooms and step on the bronzed footprints of Brazilian legends Pele and Garrincha.

Lagoa Rodrigo de Freitas is a lagoon connected to the sea with great views of the Ipanema horizon, Leblon beaches, and the Corcovados. It is located in the center of the Zona Sul (South Zone). Admission is free and visitors can stroll, jog, or ride a bicycle around the 8-km perimeter. Cafes and restaurants are spread around where people can dine with live music in the evening.

Museo do Indio is Rio’s quiet and unpretentious jewel. This museum used to be a mansion in the19th century and displays authentic artifacts, handicrafts, pictures, tools, and ancient ritual materials that speak volumes of Brazil’s rich history. Exhibits pay tribute to indigenous tribes, like the Oiapoque people. This museum is located in the Rua das Palmeiras. Admission is USD 1.50 but free on Sundays.

Rio is endowed with numerous museums, but what you must not miss is the Museu Internacional do Arte Naif (International Naive Art Museum). The historic colonial mansion is situated a few steps from the Corcovado Train Station and houses more than 8000 artworks of artists from 100 countries collected since the 14th century. The paintings include a huge canvas that colorfully portrays Rio. Admission fee is USD 4 and opens from Tuesdays through Saturdays.