While the name “Pisa” instantly and inevitably conjures up a mental image of the Leaning Tower, the place is not just about that poor-postured bell tower. It is a beautiful city in Tuscany that showcases a medieval charm that transcends centuries of rich cultural and architectural heritage.

A vacation to Pisa deserves a stimulating journey through the Gothic and Renaissance palazzos and museums, the harbor fortress and arsenal that speak of Pisa’s past as a Roman maritime capital, the center for learning where Galileo once taught, the River Arno that winds through the city before it flows to the Tyrrhenian Sea, and the locality of the Pisans, who are known for their warm, convivial nature. 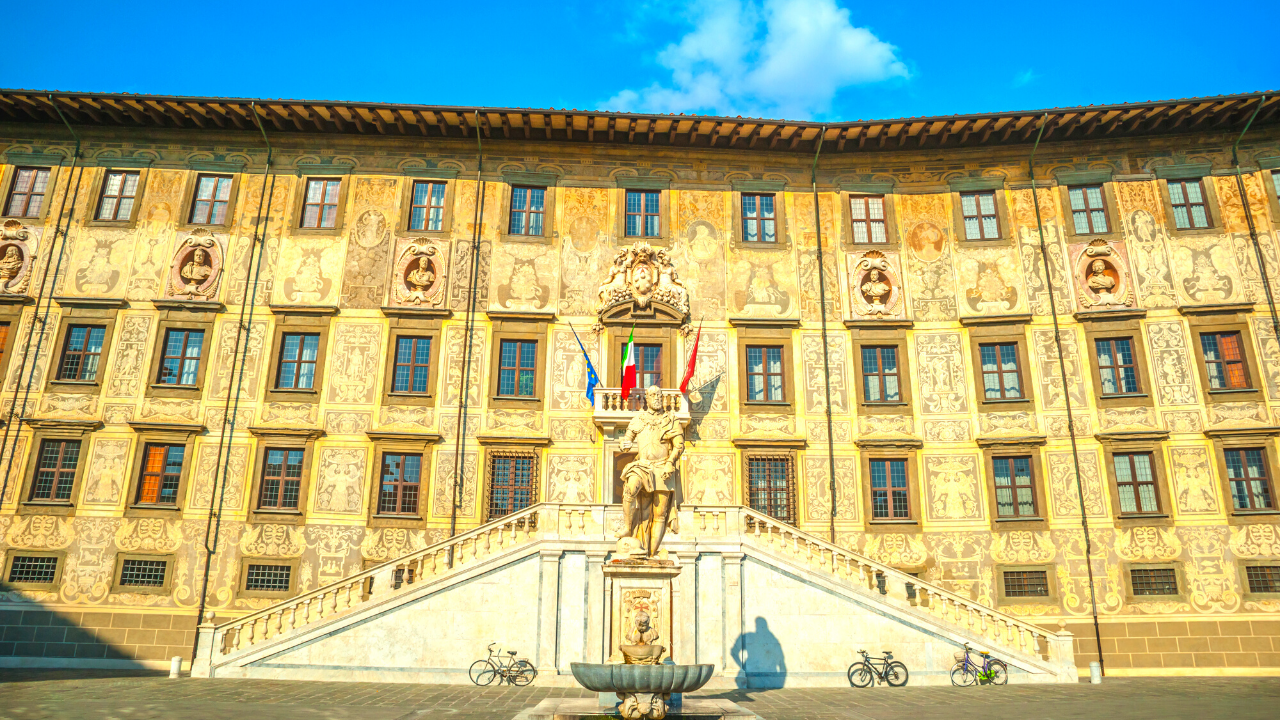 The months from April to June, are the best times to be in Pisa. These are past the rainy months of early spring, but not yet quite the hottest summer months of July and August. Pisa has mild winters and sunny summers. June in Pisa is a month of festivals and merriment. The Gioco del Ponte happens on the latter part of the month when teams dress in Renaissance costumes and engage in a rowdy reverse tug-of-war. Festa di San Ranieri, a feast honoring Pisa’s patron saint and enlivened by activities like the Luminara and Historical Regatta, also takes place in June.

Pisa has a Mediterranean climate. Summers can be extremely hot at 30-degrees Celsius from July to August. Spring ushers in the most comfortable temperature but also the rainiest months from February to March. Autumn is warm but still comfortable until October, precipitation is average. Winters are relatively milder and temperatures average at 12-degrees Celsius. This is also the driest season of the city. 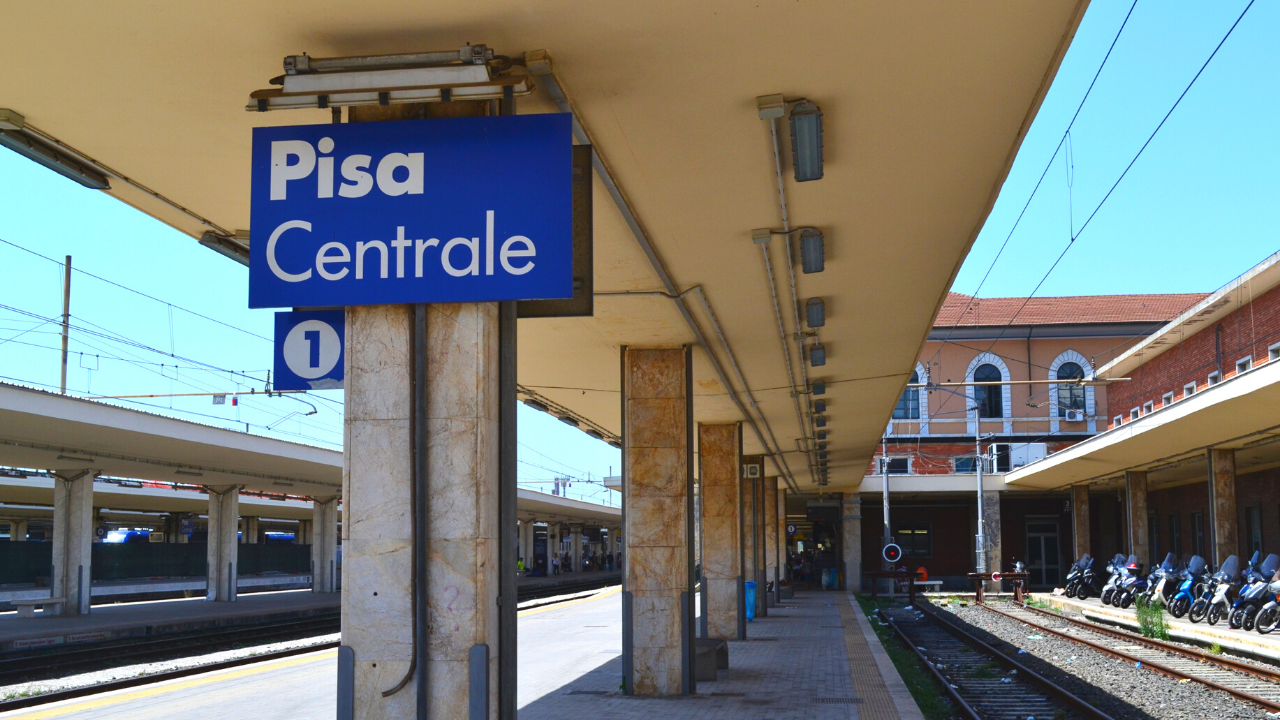 To get to or from Pisa airport, you can take a train to or from Stazione Pisa Centrale (USD 1.40 per five minutes at 15 per day) or the LAM Rossa (red) line (USD 1.20 per 10 minutes, every 10 minutes), which passes through the city center and train station on its way to or from the airport.

Big rental car parks (USD 2.00 per hour) abound in the heart of Pisa. There’s a huge free one about 2km north of Piazza dei Miracoli, with frequent shuttle buses to the center. Rent a bike to pedal about for USD 13 per day from MaxiRent. 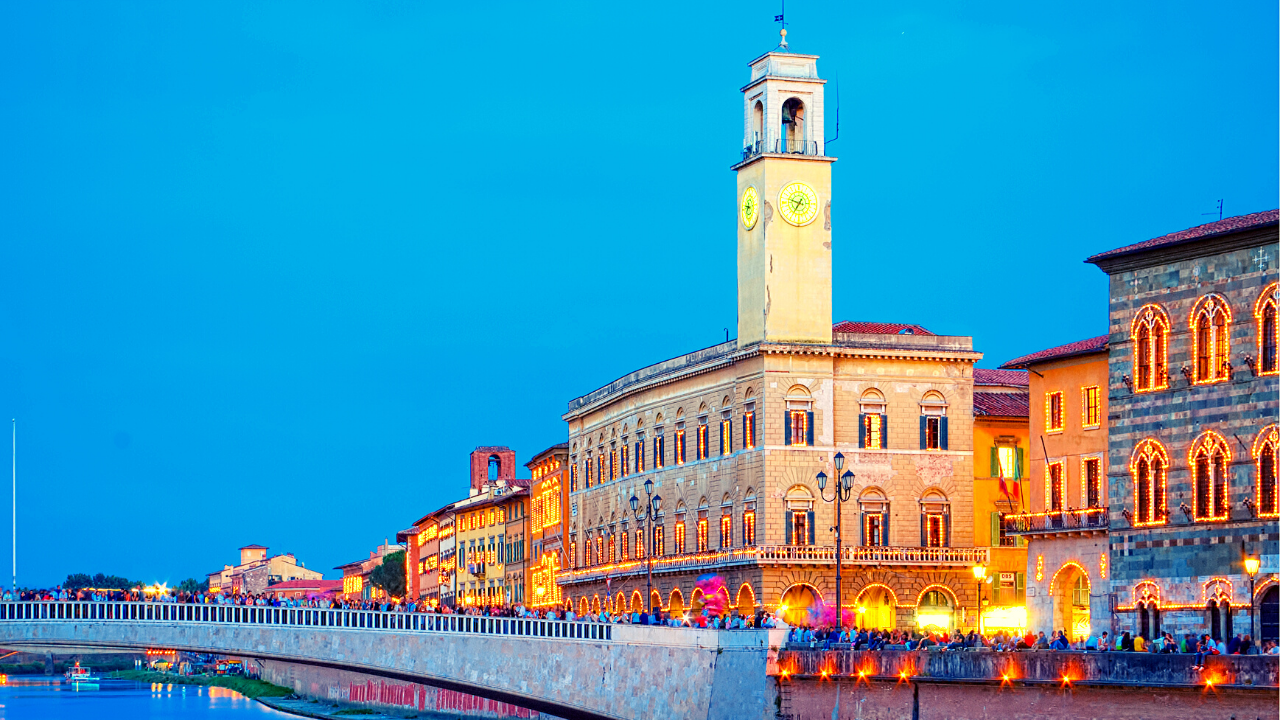 Pisa is one of the places in the world that well deserves more than two or three hours of your time in each day of your stay there. Whether you want to explore it by walking, biking, or in a horse-drawn carriage, the choice is yours. Be sure to make time for the following activities though; they are well worth your while! 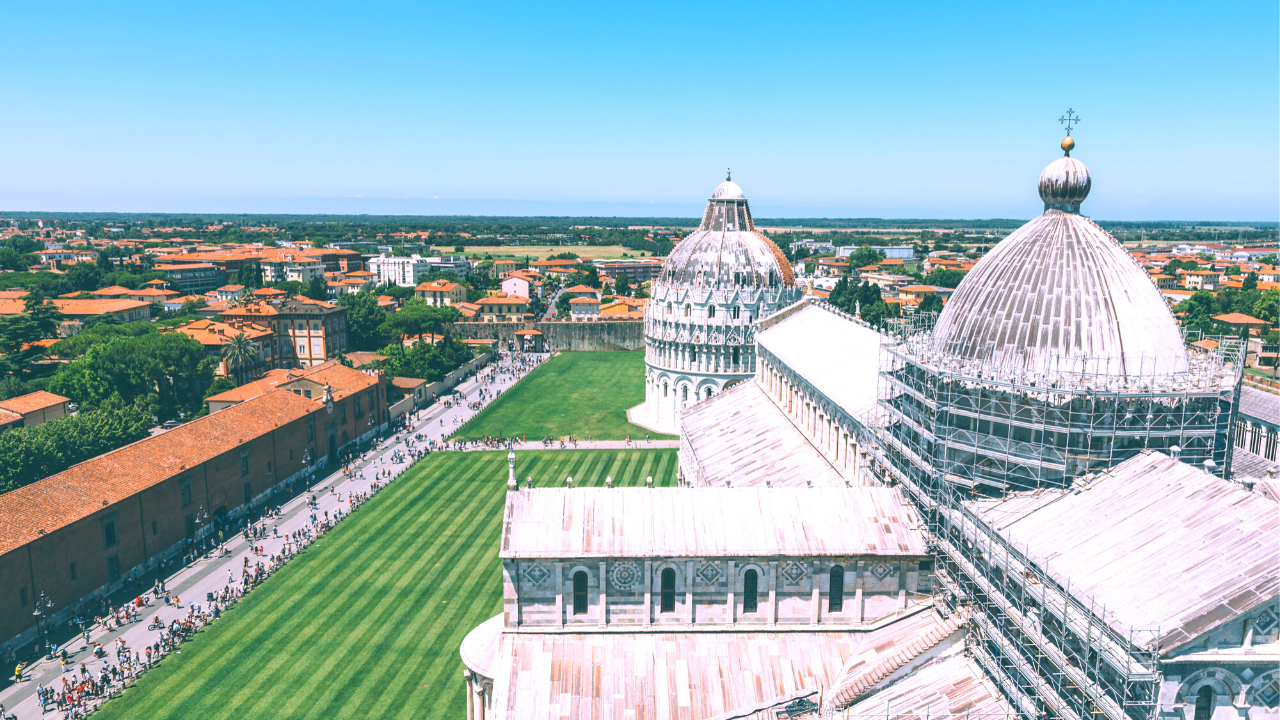 Laid in the Field of Miracles, or c, are the Leaning Tower (bell tower or campanile), the magnificent Duomo (Il Cattedralle), a Baptistery (leaning, too, by the way), and the monumental cemetery (Camposanto Monumentale). Construction on this site started as early as 1064, but it went through wars and destructive bombing and fire. Repairs and restoration were undertaken in the 16th century. It is interesting to note that these Christian edifices show influences of Pisan-Romanesque, Gothic and Islamic art and architecture. 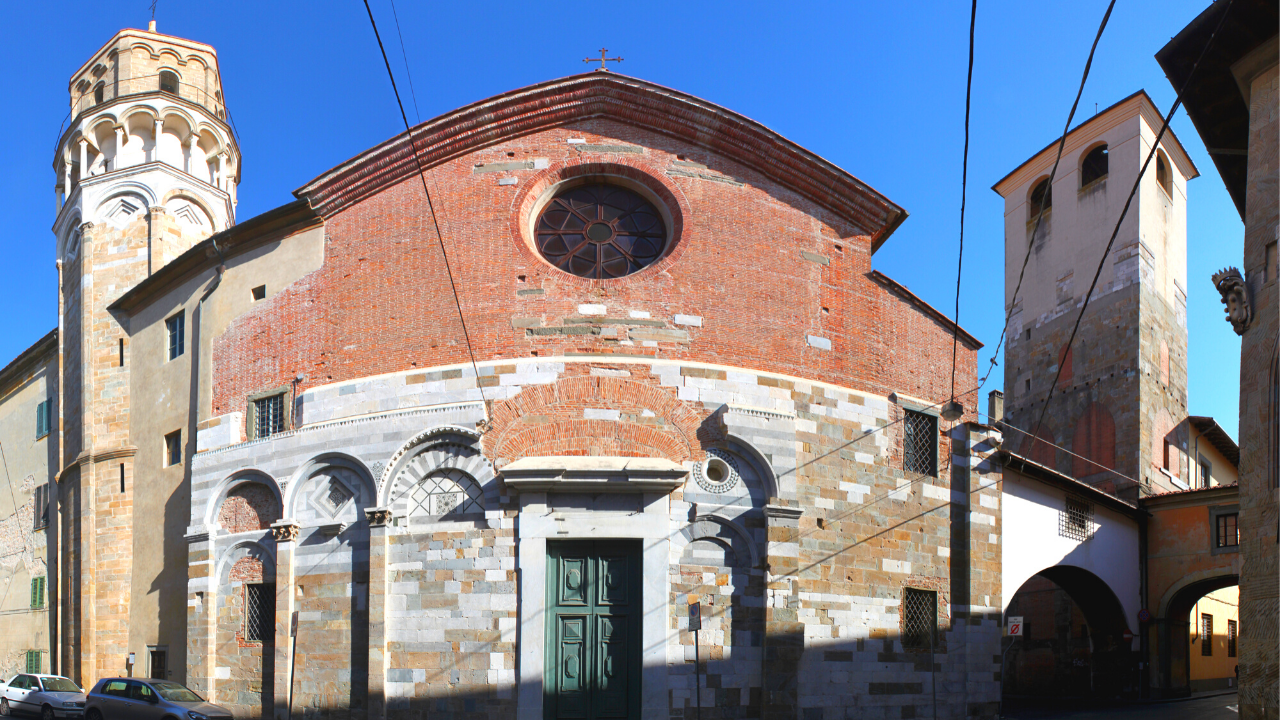 From the Piazza dei Duomo, head south toward the River Arno. You will enjoy the sights as you go through the botanical gardens of the University of Pisa and to the Campanile of San Nicola. The Leaning Tower is not the only leaning structure in Pisa, there’s the Baptistery, this campanile, and many other structures. The Campanile of San Nicola does not only lean, it also has a curious shape. 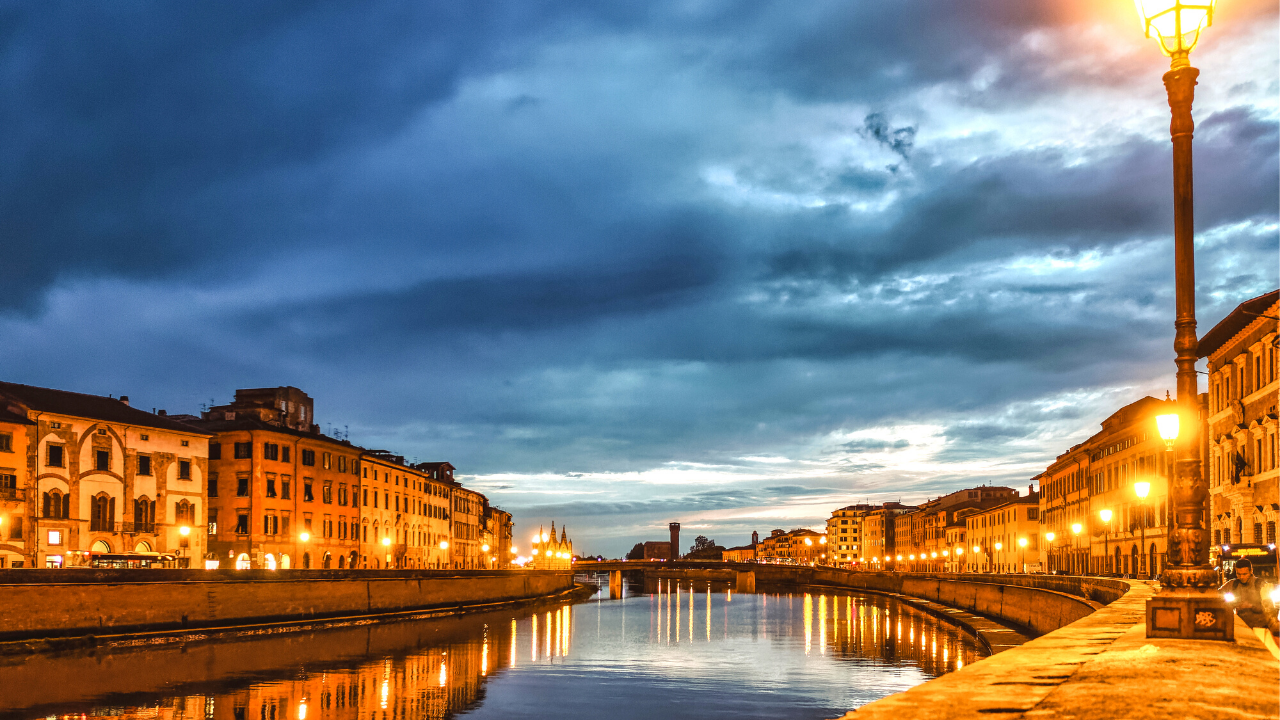 Walk along the banks of River Arno and take delight in the superb displays of architecture on both sides of the river. Cross the Arno and go to the Gothic church called Santa Maria della Spina. It is a small white marble church that was built in the 13th century.

4) Explore the oldest part of the city 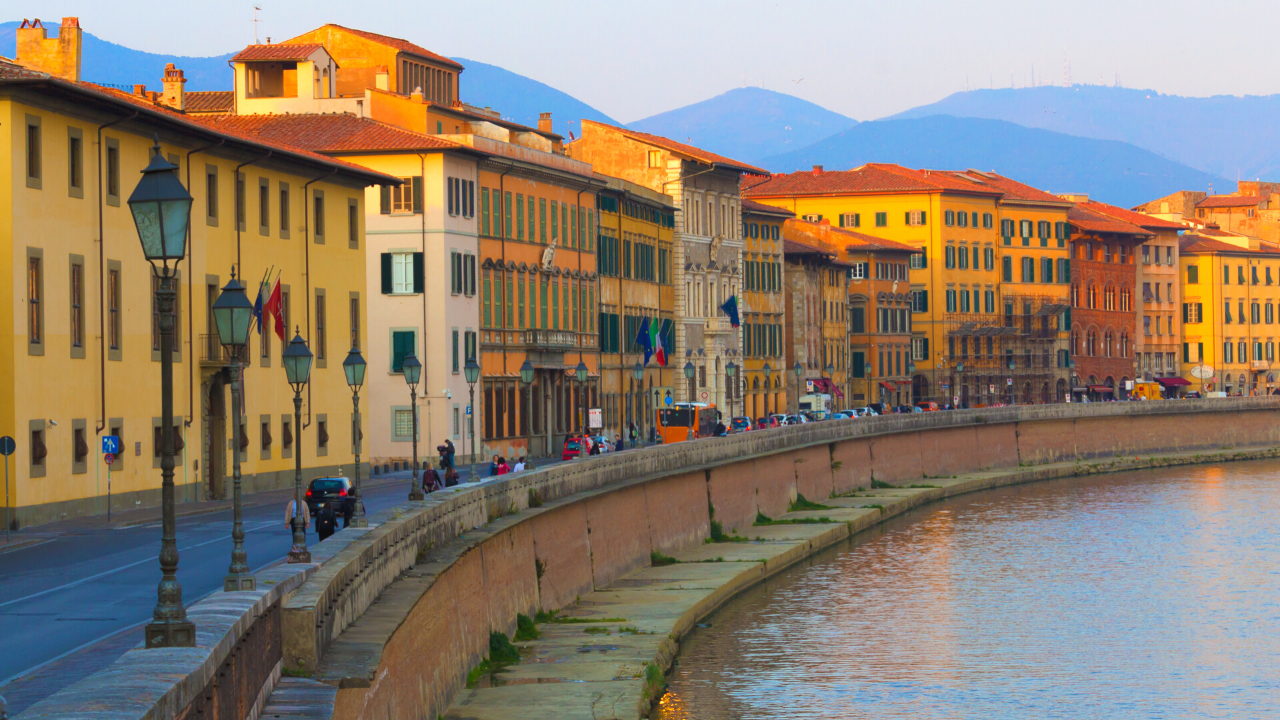 Spend half a day walking around the old market area through the narrow thoroughfares. There are restaurants that serve excellent food. Borgo Stretto is filled with arcades and bustles with life every morning. Stroll and try fresh local produce. Gather with the locals and university students along the banks of Arno while sipping beer at some of the bars. 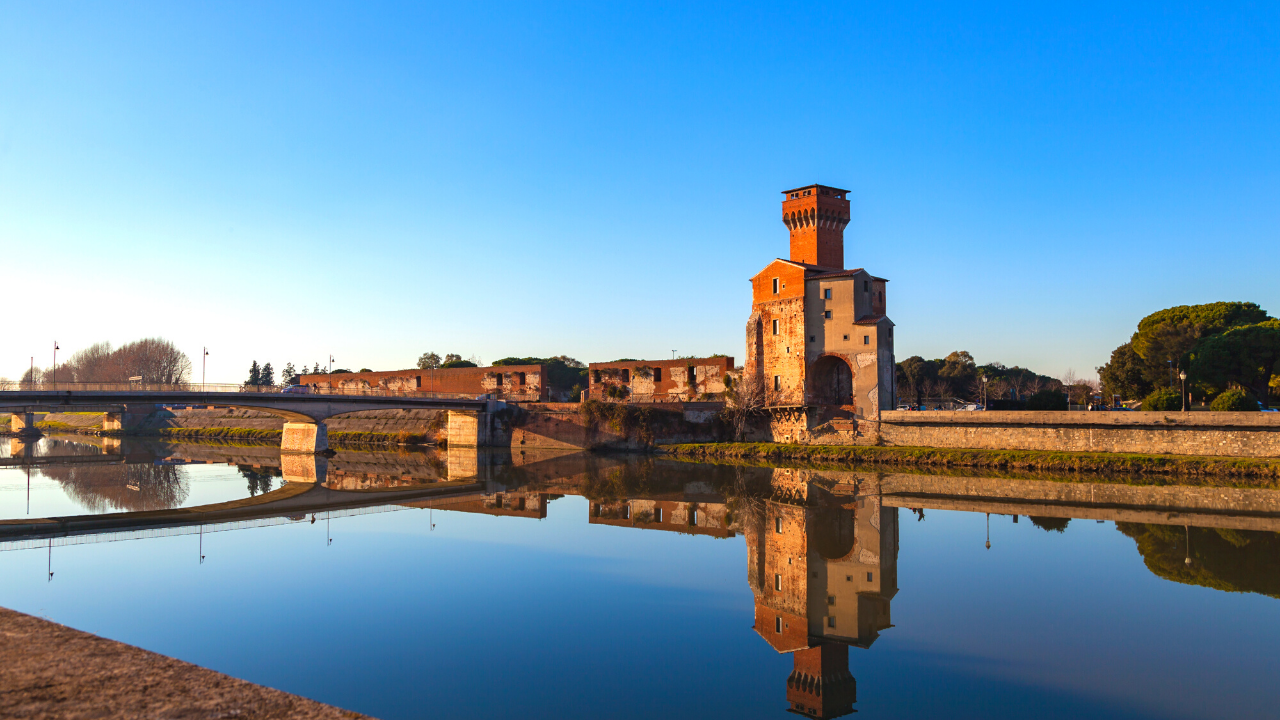 Re-experience Pisa when it was a thriving maritime port. Remnant of old ships, arsenal, and the 13th century Cittadella Vecchia, are the highlights of this part of the city.

Pisa is the home of Galileo, one of the most influential minds in the field of physics and mathematics, yet many of its towers, churches, and palaces are perpendicularly challenged. It is not for lack of knowledge of right angles and perpendicular lines, however, the Pisan alluvial soil is responsible for the city’s lop-sided architecture. Apart from this leaning posture, though, Pisa still has many of the world’s most-recognized and most remarkable landmarks. 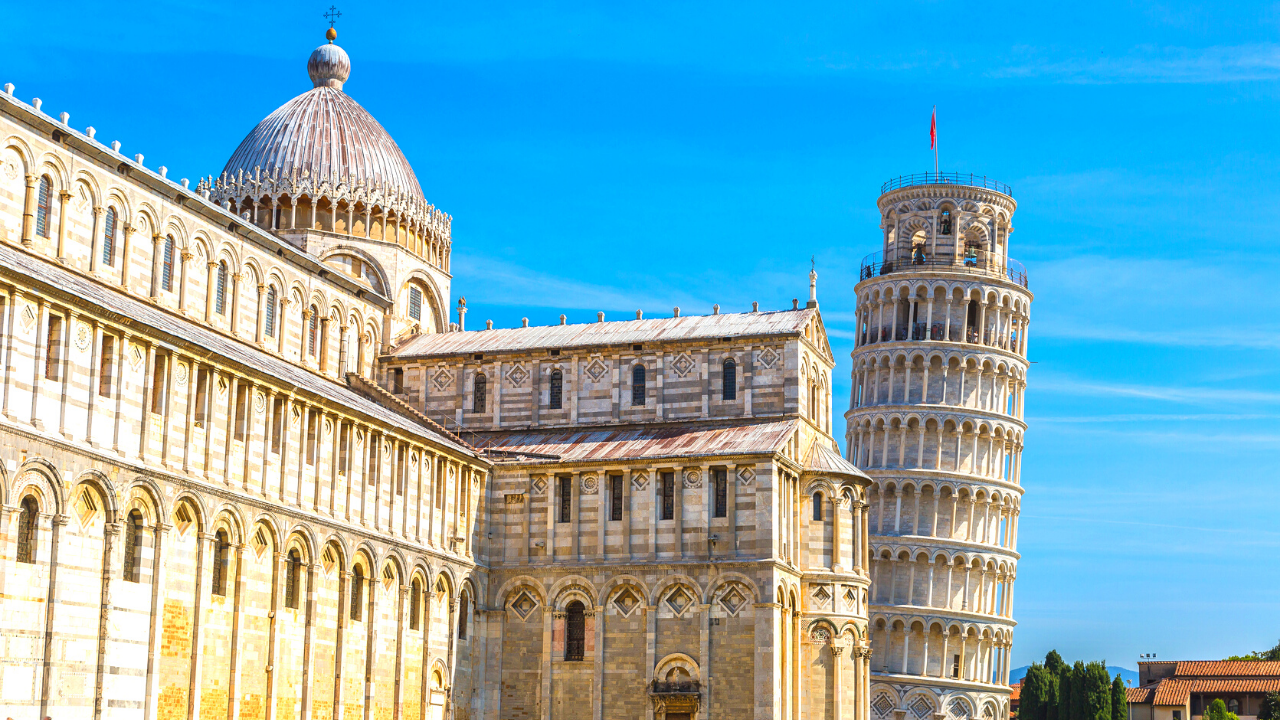 The Leaning Tower of Pisa is the cathedral’s bell tower, or campanile. It was constructed of white marble but the material proved to be too heavy for the shifty soil of Pisa, that the tower began listing in the 12th century. The bell tower is 60 meters high, has 294 steps, and 10-degree lean on its side. You can pay a fee of USD 20 for an exhilarating climb for a breath-taking view of the Apennines and the Tyrrhenian Sea. Advanced reservation must be made to be allowed to climb. 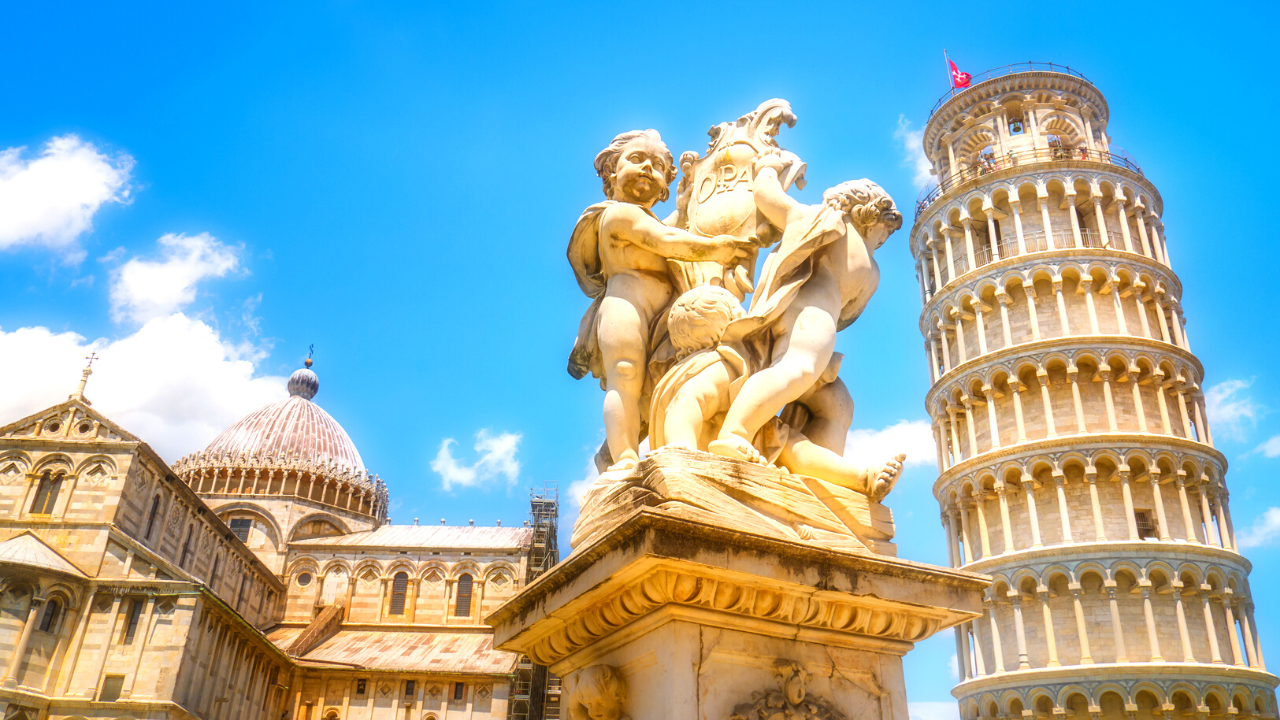 Piazza dei Miracoli, or Field of Miracles refers to the same perimeter of grassy lawn which is the location of five elegant Pisan Romanesque buildings. On shady afternoons, you can sit on the soft green grass and observe locals and tourists milling around. A travel to Pisa is not just about climbing, walking, and going through museum artifacts; it is also about feeling the surroundings and letting it all sink in. Just off the edge of the piazza are the medieval City Walls of Pisa. Climb up the walls for a magnificent view. Admission fee is USD 2.70. 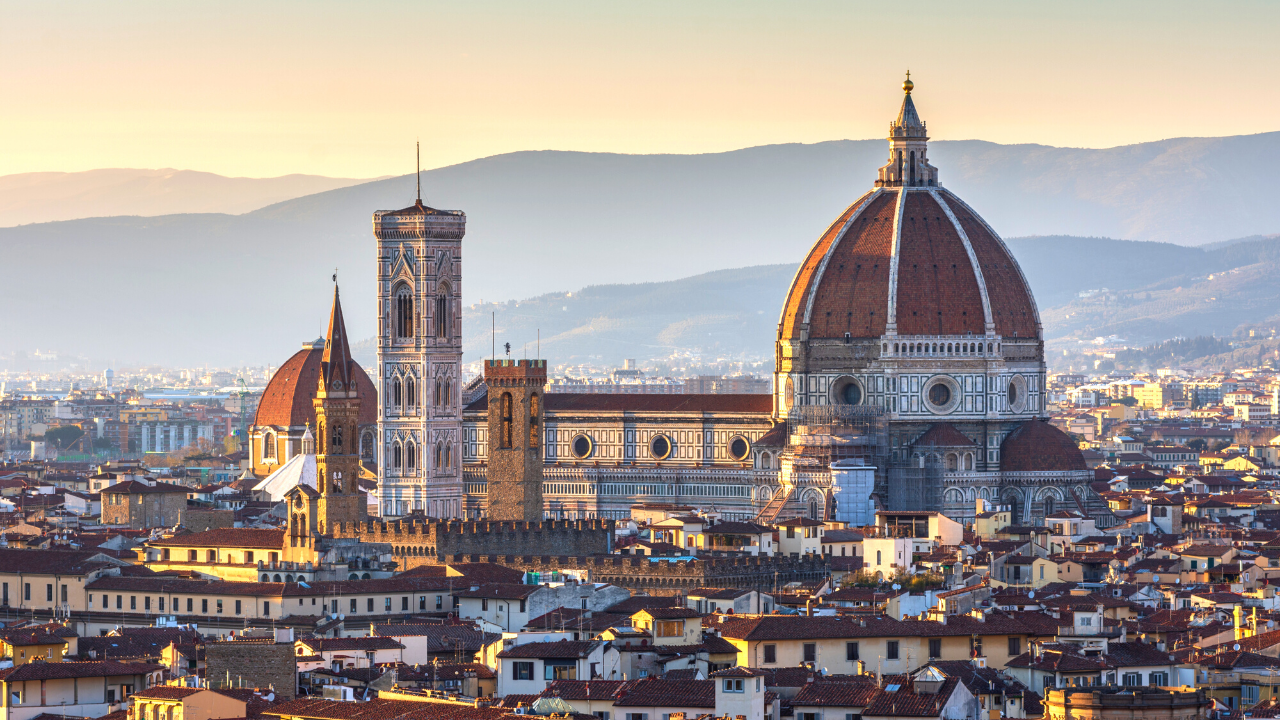 The Cathedral, Il Cattedrale, or Duomo refers to the same structure. This is the oldest building, having been founded in 1063. Those who are able to observe closely, the cathedral is not strictly perpendicular to the ground, either. Like its campanile, the shifty ground of Pisa made most buildings lop-sided. The Duomo has several artworks and historic items inside it, including its massive doors by Bonanno Pisano, sculpted pulpit by Giovanni Pisano, Galileo’s chandelier, and the remains of San Ranieri. Admission is USD 2.70 and free on winters. Admission to the Cathedral plus any one monument listed below is USD 6.60. The Cathedral plus any two is USD 8, plus any 4 is USD 10.60, and plus any 5 monuments is USD 13.50. If that is confusing, just buy the USD 13.50 ticket and see all of the monuments. 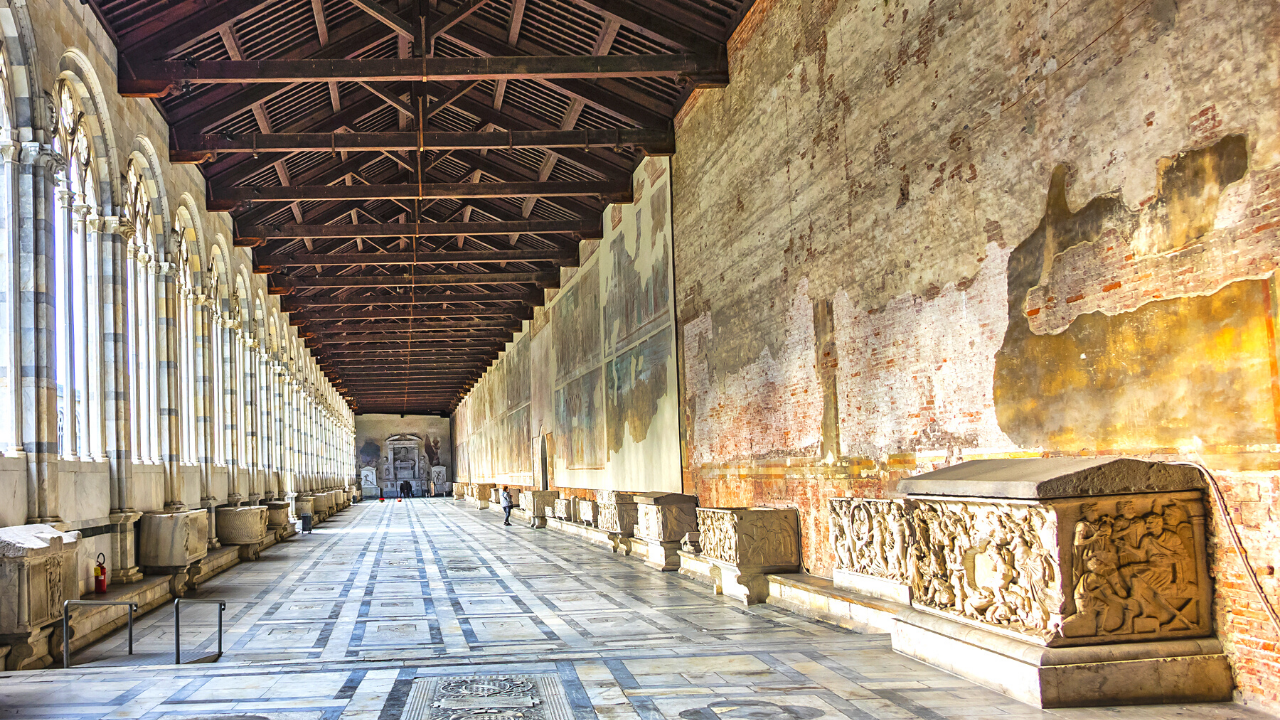 The Camposanto Vecchio, or Camposanto Monumentale, or Holy Ground, or cemetery, has long Gothic column-lined corridors. It holds Renaissance tombs and ancient sarcophagi. 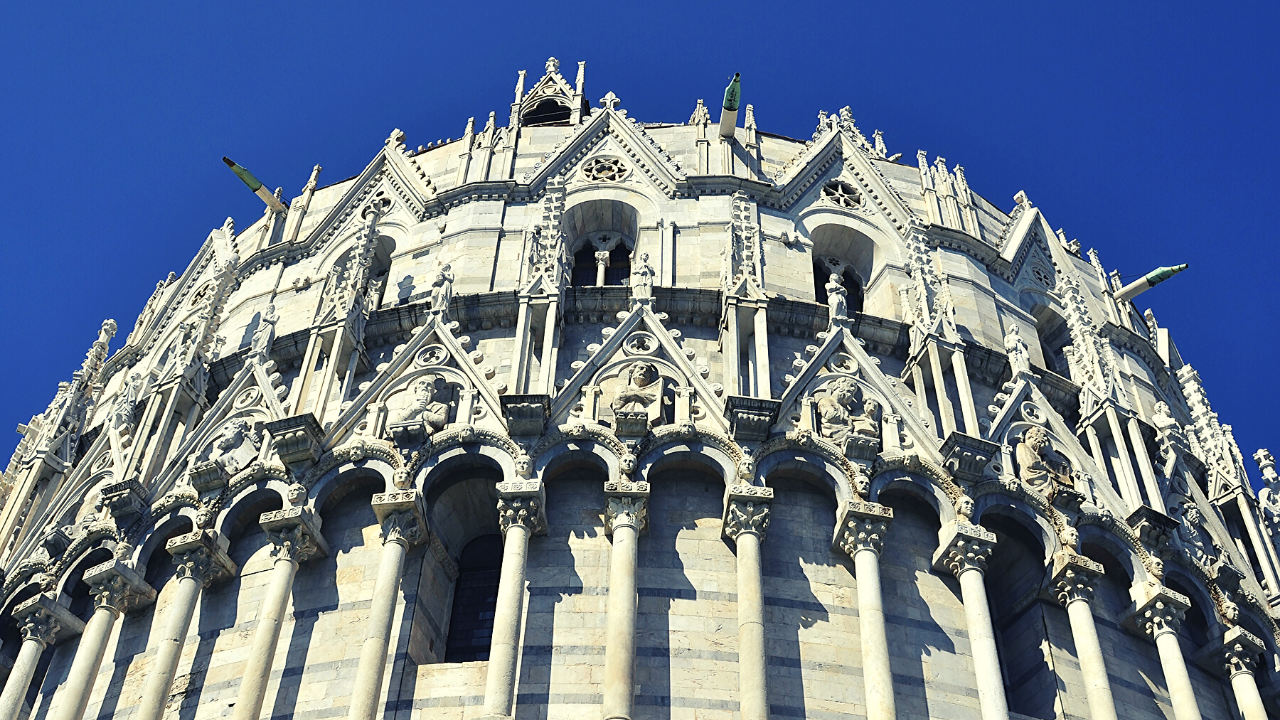 Il Battistero, a Gothic-Romanesque baptistery built in 1153, is Italy’s biggest. It features a large baptismal font carved by Guido Bigarelli da Como, and the distinctly Nicola Pisano pulpits. The baptistery also boasts of its astounding acoustics. Unfortunately, it, too, stands just a little off-plumb. Behind the baptistery is Porta del Leone, or the Lion Gate, where Pisa’s Roman gate used to be. 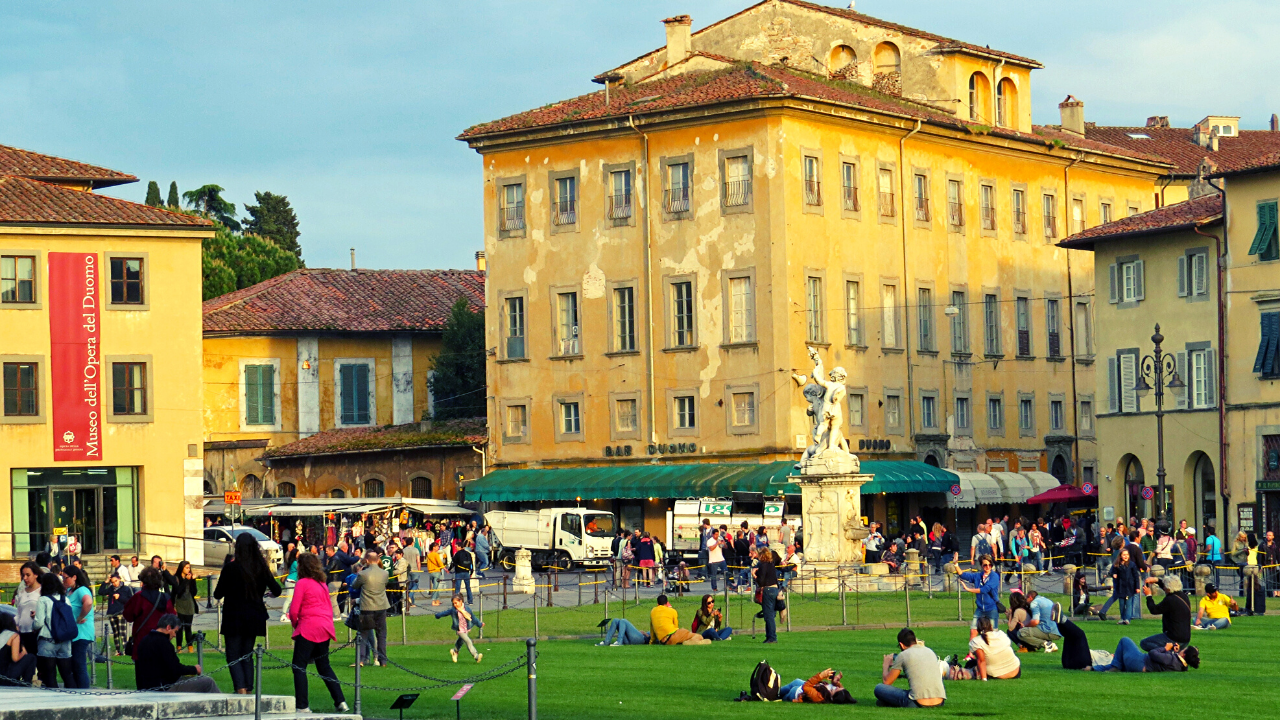 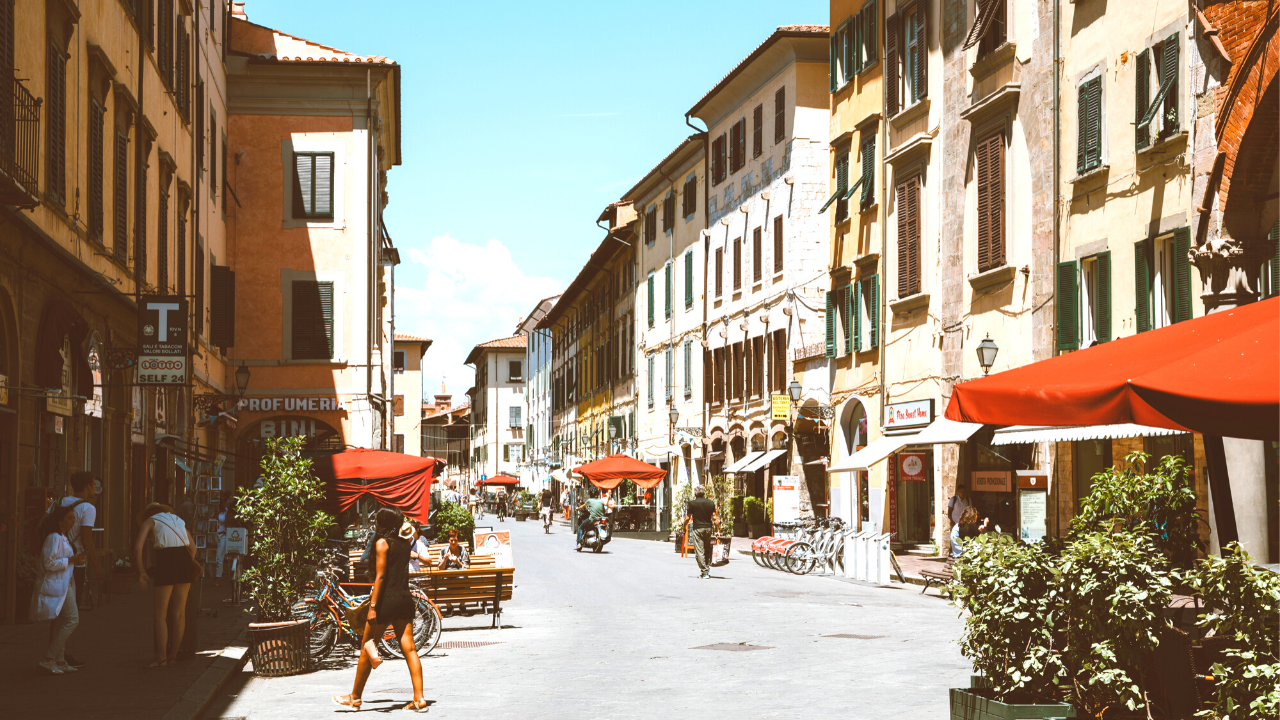 Piazza Cavalieri, or Knights Square, is the secular center of Pisa. It is believed to be site of an ancient town forum for political functions. From Piazza del Duomo, take Via Santa Maria, and this will take you to the square which is flanked by imposing buildings. The square leads to the gates of the University of Pisa, the city hall, the 16th century church of Santo Stefano, several towers, and Palazzo dell’Orologio, which now houses Italy’s prestigious university, the Scuola Normale Superioire. 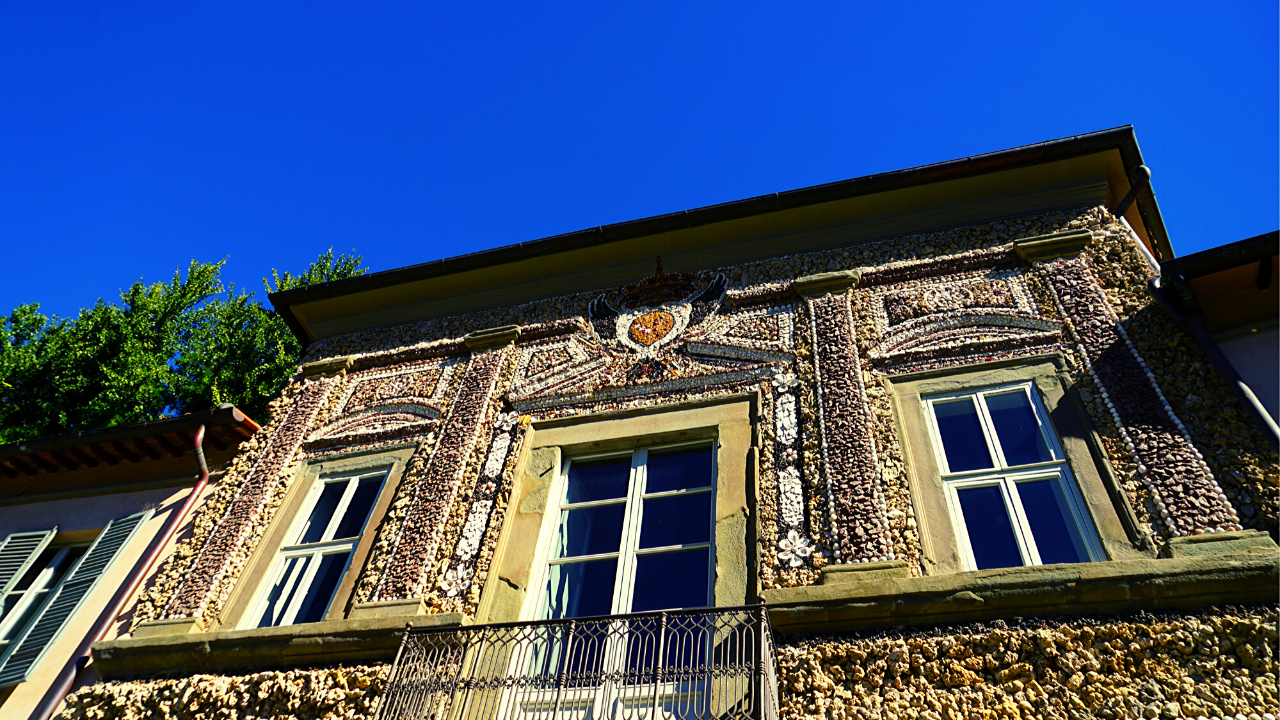 Europe’s first university botanical gardens can be found along Via Luca Ghini 5 in Pisa. It was established by way of a will of the Grand Duke of Tuscany Cosimo de Medici in the 16th century. It is open to the public and admission is free. Nearby is Domus Galileaena, the House of Galileo, a museum honoring the life and work of one of Pisa’s most influential sons. 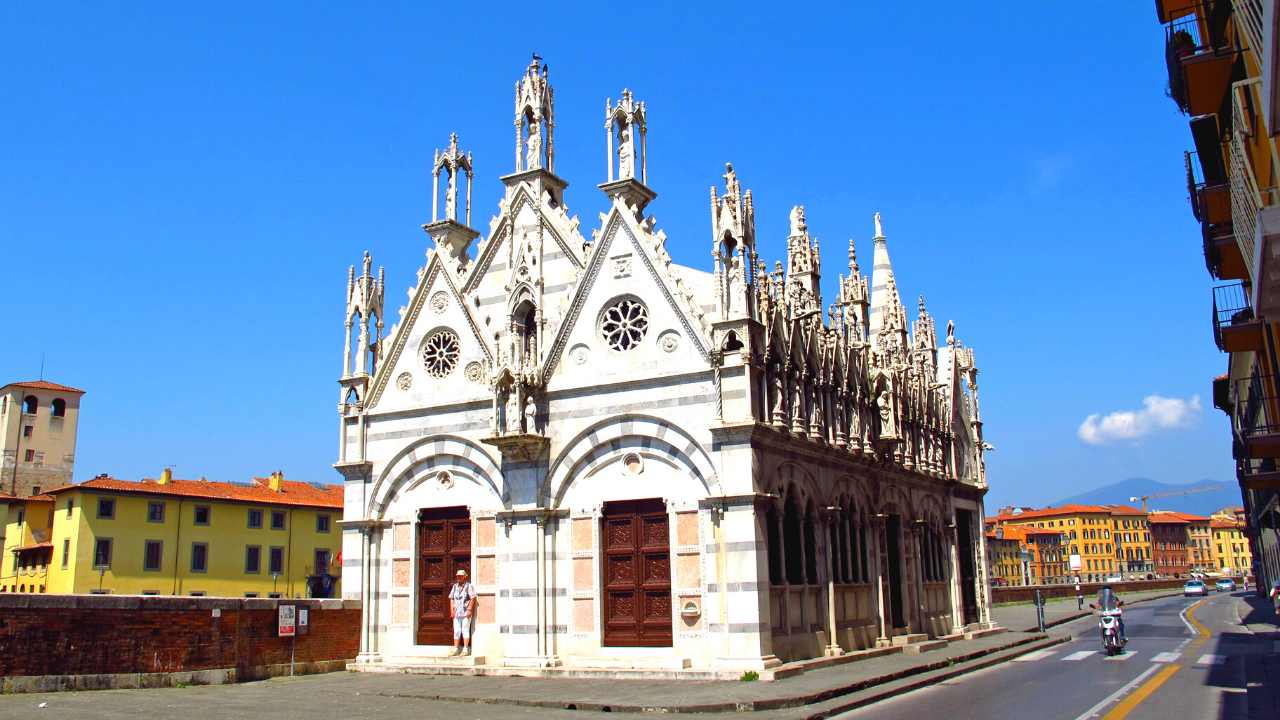 Along the banks of Arno is a little Gothic church, the Santa Maria della Spina. It was built in the 13th century to house a thorn (spina) from Christ’s passion crown. One of its main attractions now is Pisano’s very human Gothic sculpture of Madonna del Latte. Admission is USD 1.50 for adults, children and seniors are admitted free. 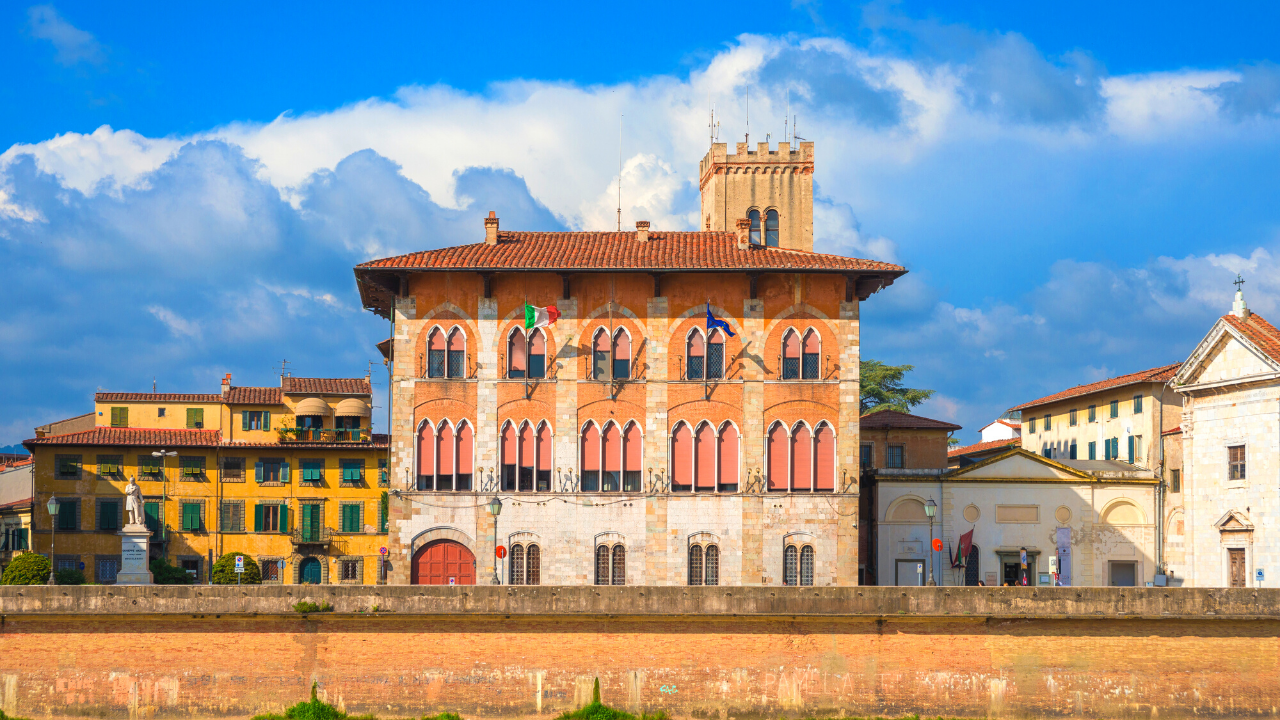 Pisa has some of Italy’s epicurean cuisines. You must really try, though, the traditional Pisan food because it has its distinct flavor and texture, which you mustn’t miss. Some of the restaurants are closed on the two middle months of August, to give way to a huge market trading in the square of the Duomo, reminiscent of the century-old free trading among Arabs, Flanders, Hispanic and German traders. So plan your itinerary accordingly. 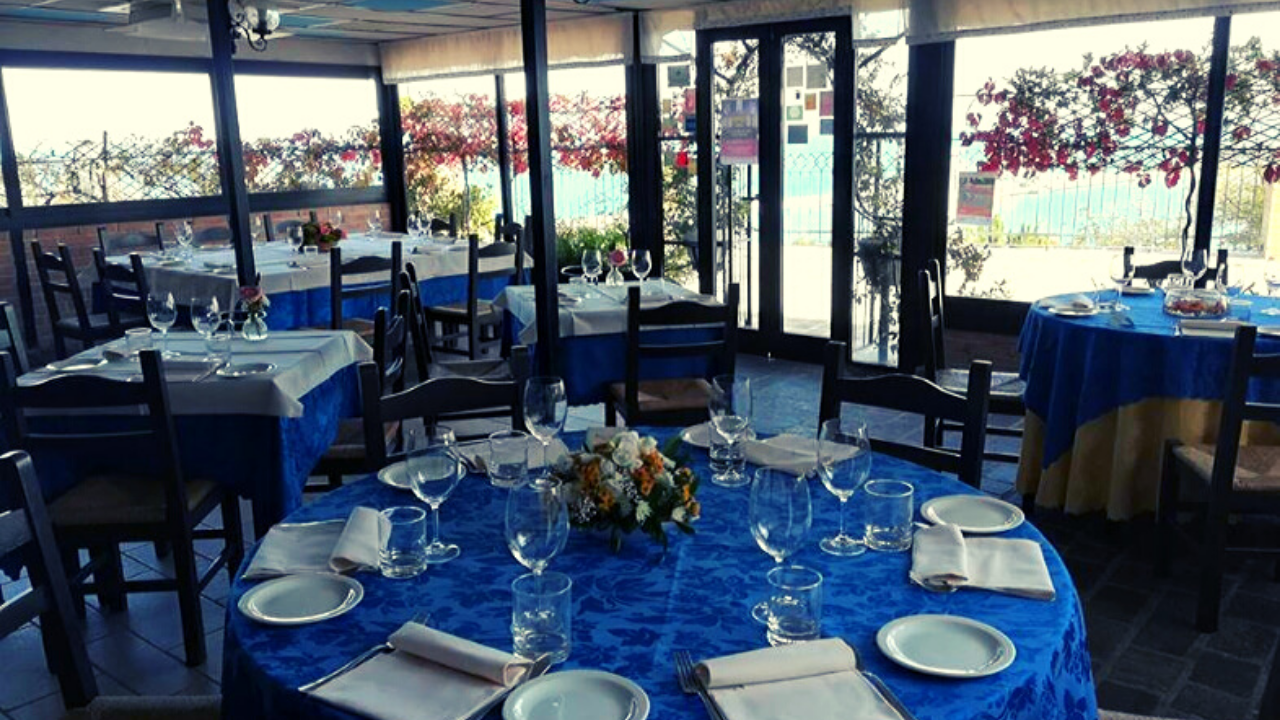 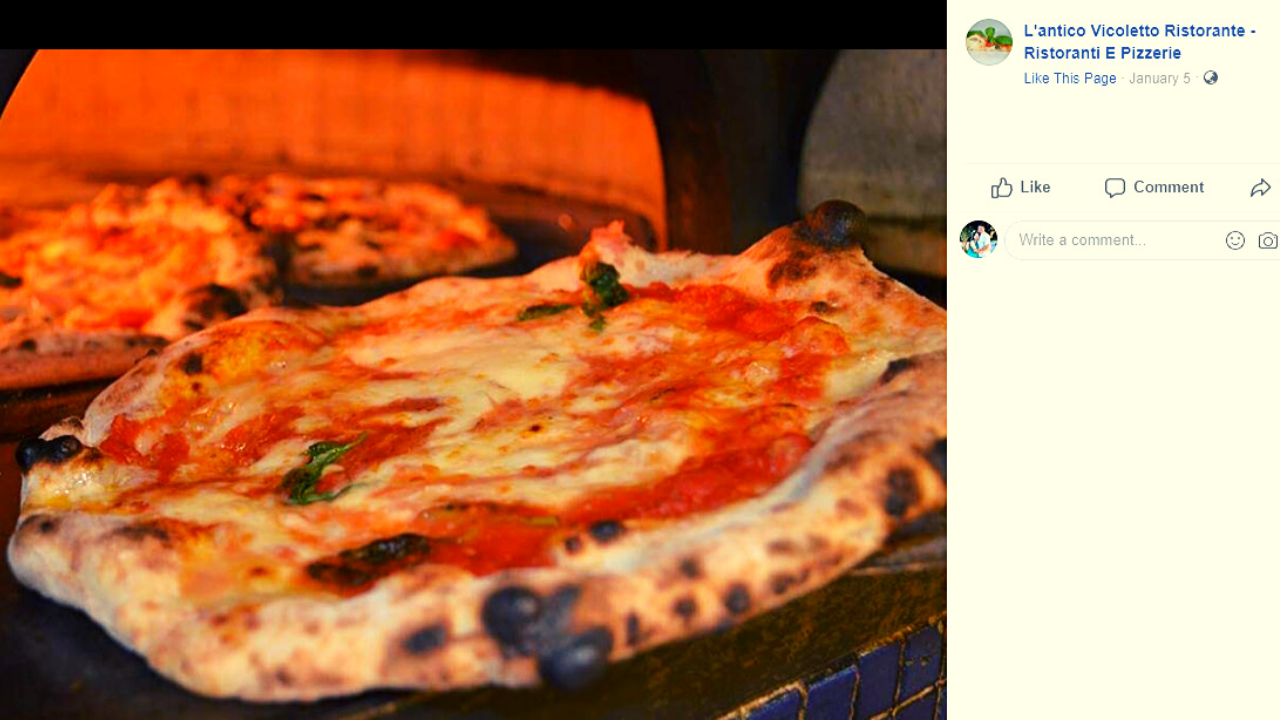 This place is great for simple Italian meals, like their excellent frittura misto, served with starter, coffee and house wine. Price starts at USD 33. 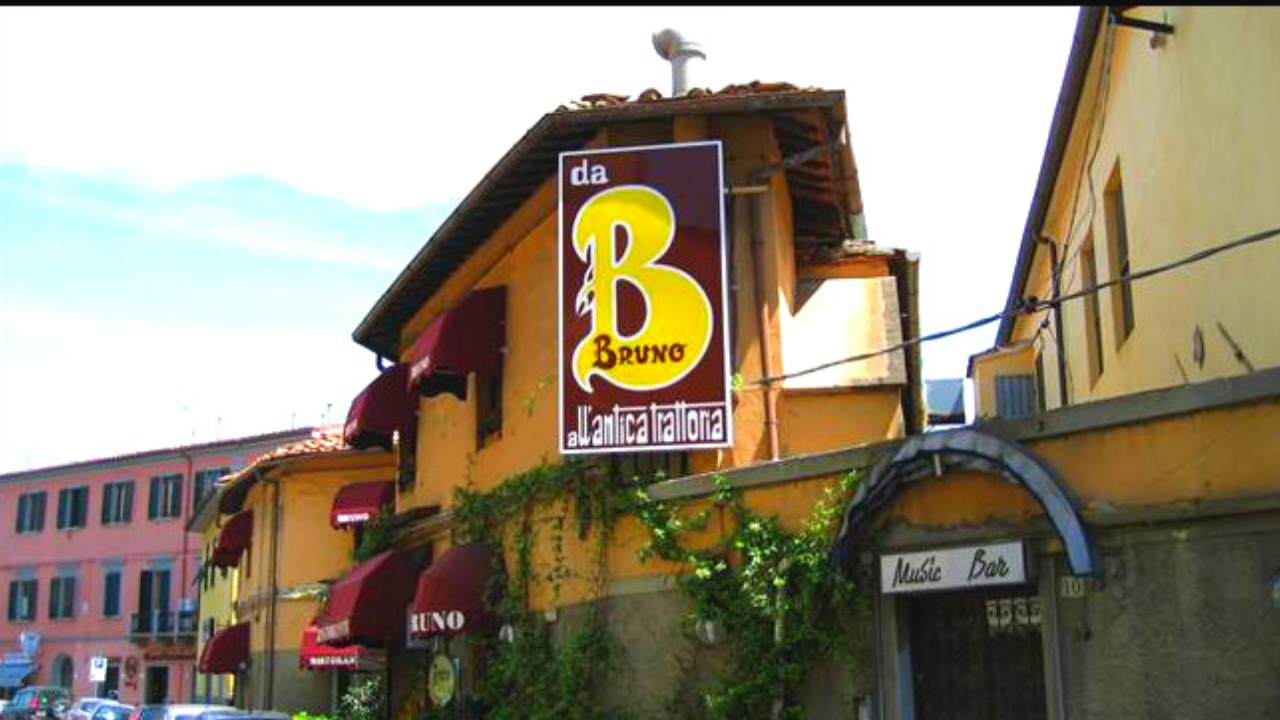 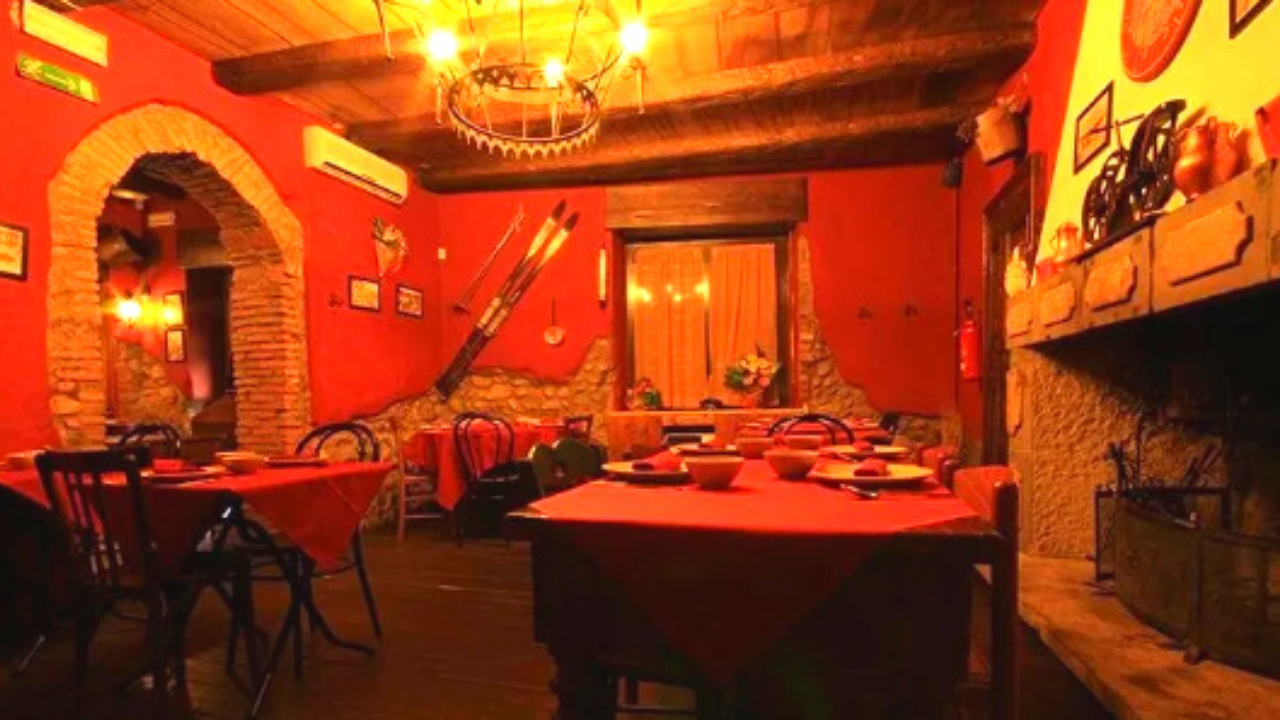 The market place is always a place where you will find authentic Pisan cuisine and ambiance. The menu includes mouth-watering fare like eggplant soufflé in tomato sauce and ravioli stuffed with garbanzo bean pate in shrimp and tomato sauce. The wine list is long and difficult to enunciate, but looks very promising from the bar. Price starts from USD 12 to USD 22. 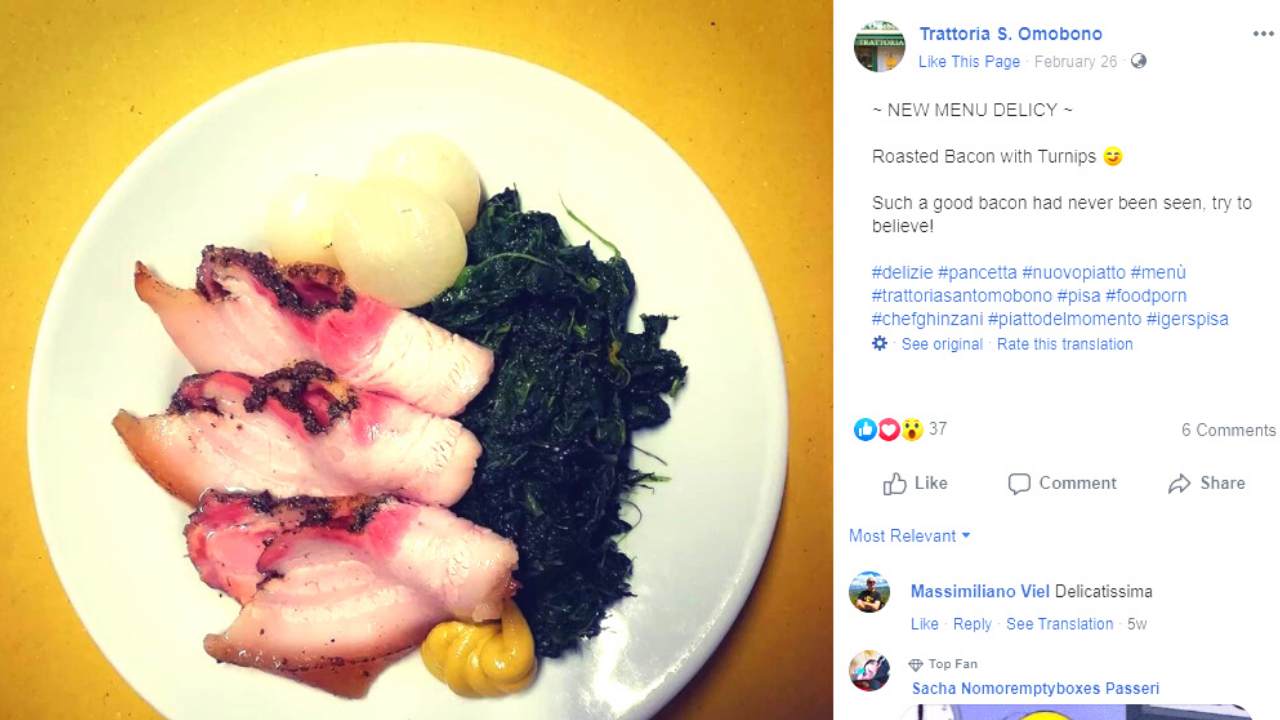 Set on remnants of a medieval church, this trattoria looks every inch authentic Pisa. The cooking smells one, too. Order brochette alla renaiaola, tagliatelle alla scarpara,maiale arrosto and Pisan ceci. Price starts from USD 8 to USD11.

Address: next to Piazza Vettovaglie

Pisa is a small city with every corner as picturesque as its postcard-perfect leaning tower. The hotels are not as ancient as the nearby landmarks, although there is one that dates back to the 15th century, but they blend very well, completing a lovely panorama. Choose from the following hotels and enjoy the Pisa of your dreams. 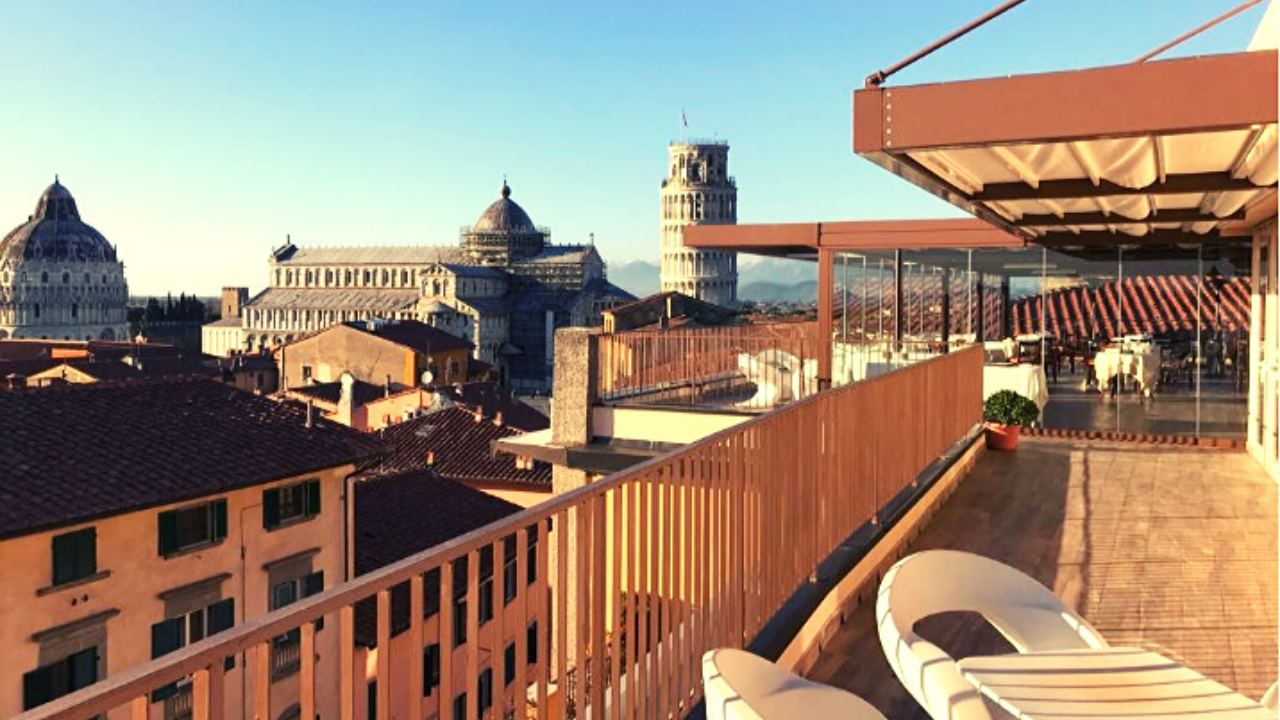 Get a room that faces the Duomo for that Pisan ambiance. Suites have spacious bathrooms and direct access to the rooftop. Continental breakfast is included in the room rate which starts at USD185 a night. 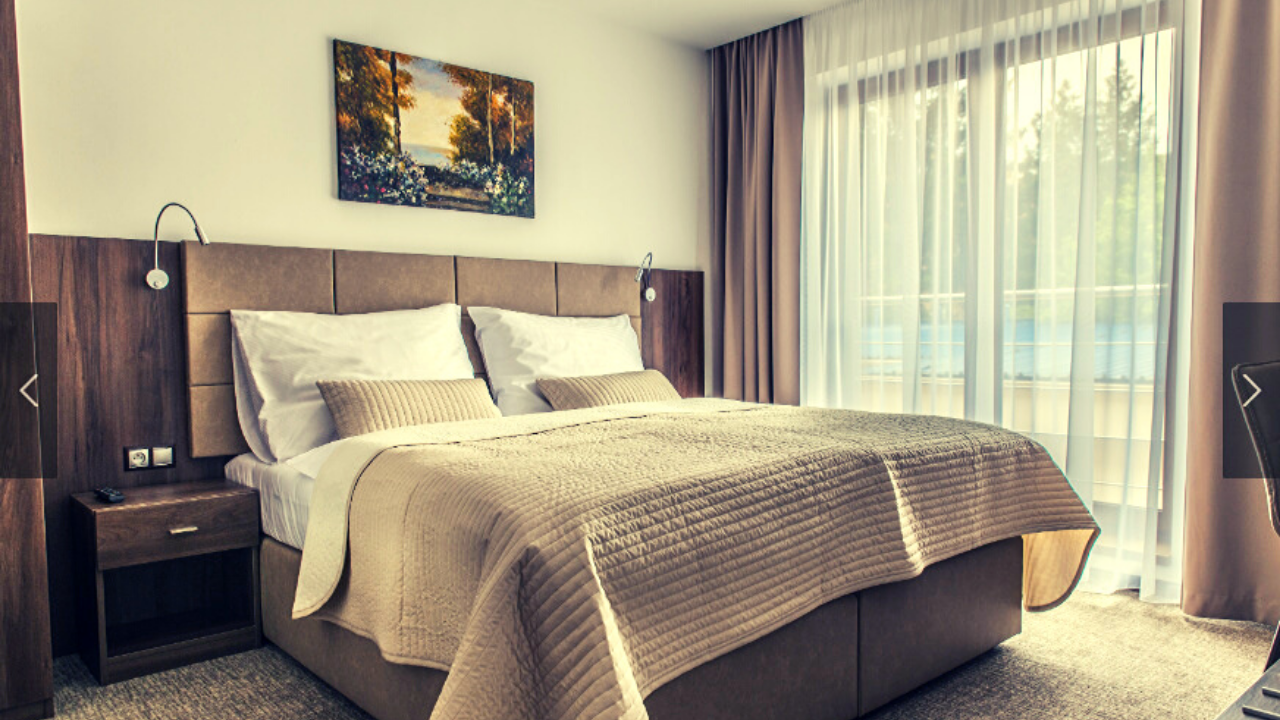 This is a family-managed hotel and exudes of homely charm. Choose a room that overlooks the botanical gardens behind the hotel. Room rate starts USD 80 a night. 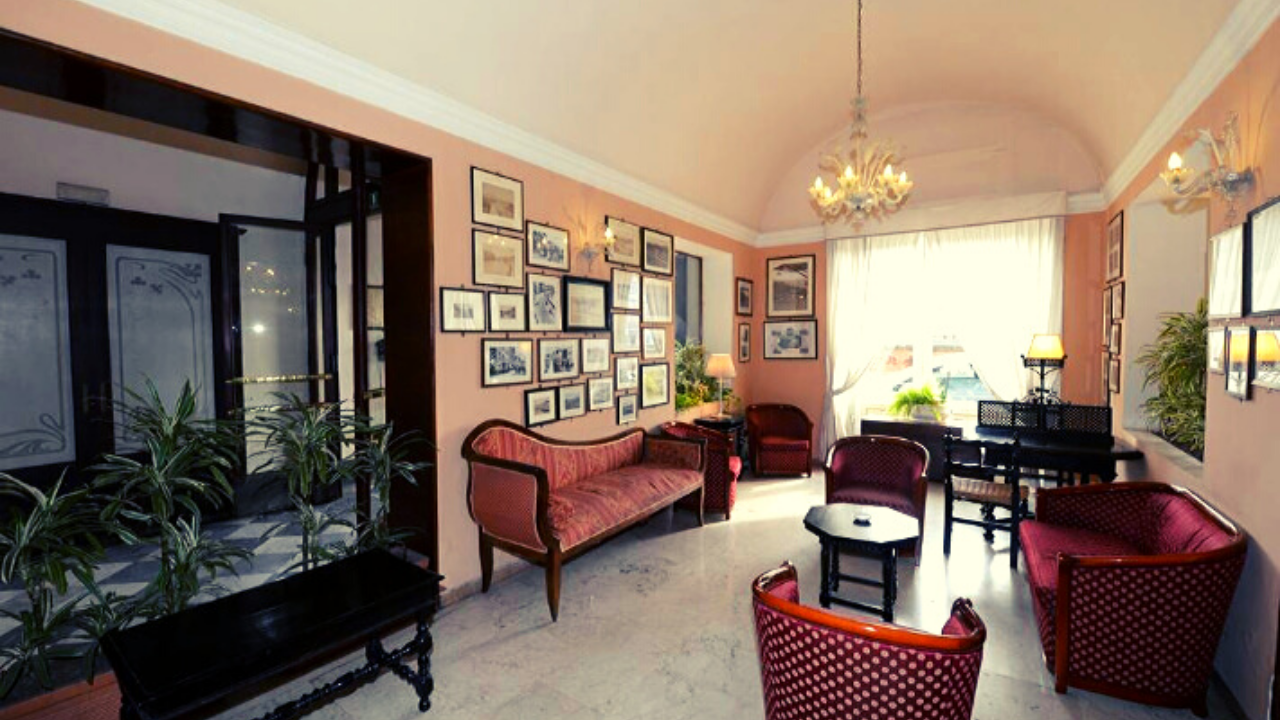 Pres. Theodore Roosevelt has stayed here and endorsed the hotel in one of the hotel’s antique guest books. It is Pisa’s first hotel, which opened in 1839. You can choose a room facing the Arno or one with flower-filled terrace. The room rate includes breakfast and starts at USD252 a night. 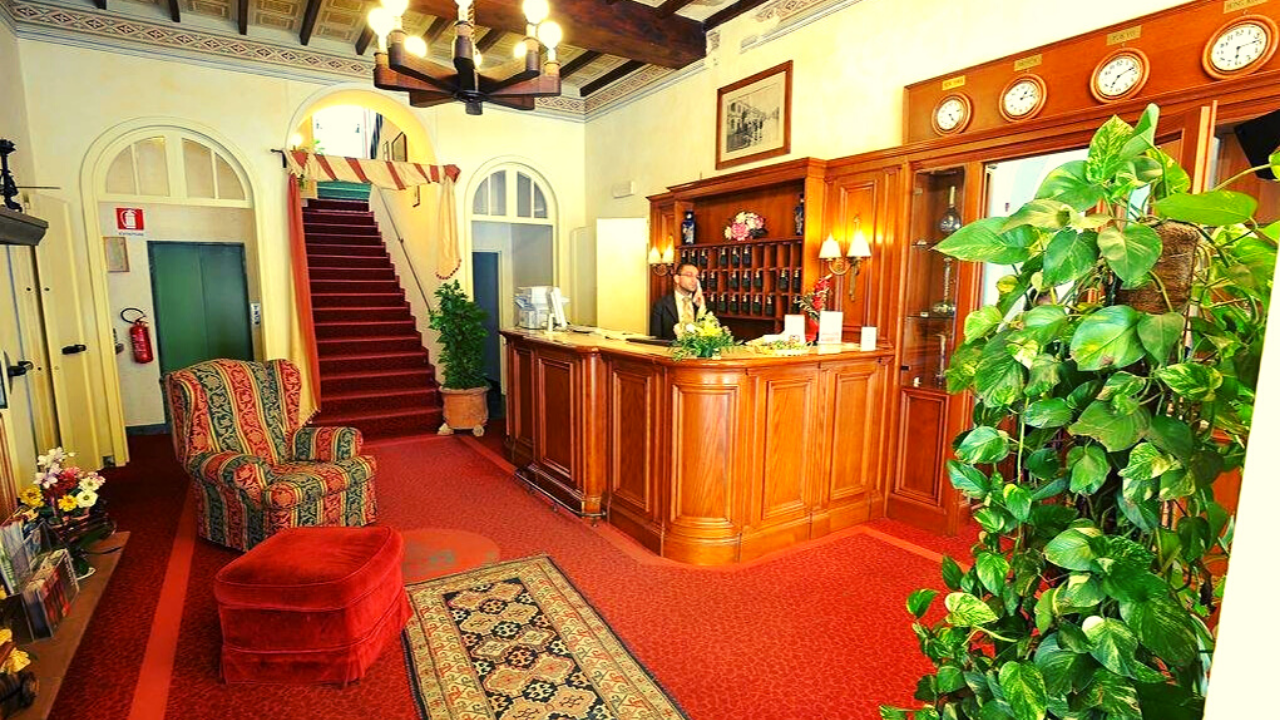 All rooms of this hotel have a perfect view of the campanile. Location is great and Wi-Fi access is available from its lobby. The room rate includes breakfast and starts at USD 132. 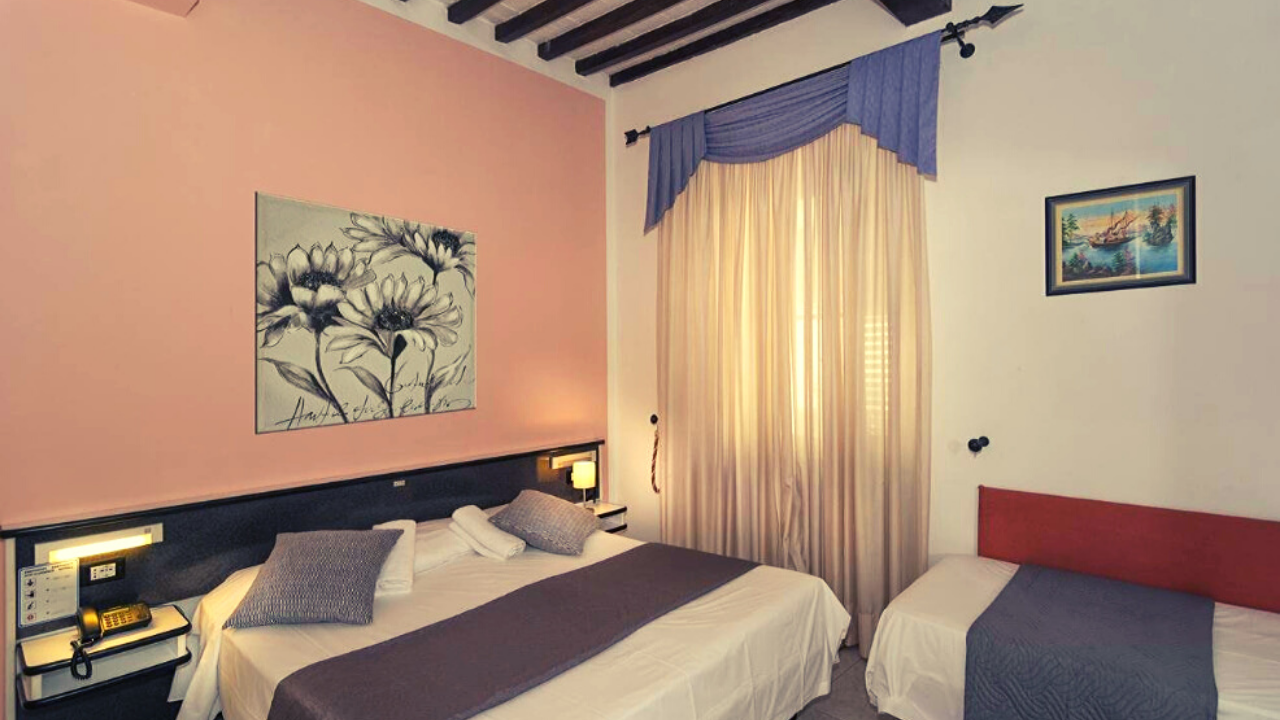 Located midway from Piazza del Duomo and River Arno, this 2-star hotel is historic itself. It used to be a monastery in the 15th century. The room rate,which starts at USD137 a night, includes breakfast at the hotel’s 500-year old kitchen.

Address: along Via Roma

Do not merely “tour” Pisa; rather, traverse through it and learn about its true character. You will be greeted with plenty of fabulous finds: museums that house centuries of masterful works and treasures and shops that allow you to bring a special piece of Pisa home, among others. A few blocks from the Duomo are Pisan people and their culture. Only in studying people’s culture can you begin to appreciate your own. Take memorable pictures of Pisa as you should; but more importantly, etch the true Pisa into your memory and keep it there forever.