Despite its unremarkable size, Goa is packed to the brim with miniature charms that radiate a compelling allure. This diminutive yet opulent Indian state–just 1,429 square miles in size, with a modest population of approximately 1.5 million–is the interface where crowded cityscapes of urban India succumb to the dominance of coconut groves; the bustle of traffic to bird coos. Such has made this destination India’s most popular, not only for Western travelers, but even for India’s thriving middle class. Delve deeper into Goa, and get enthralled by its heritage, history, cuisine, and beaches. 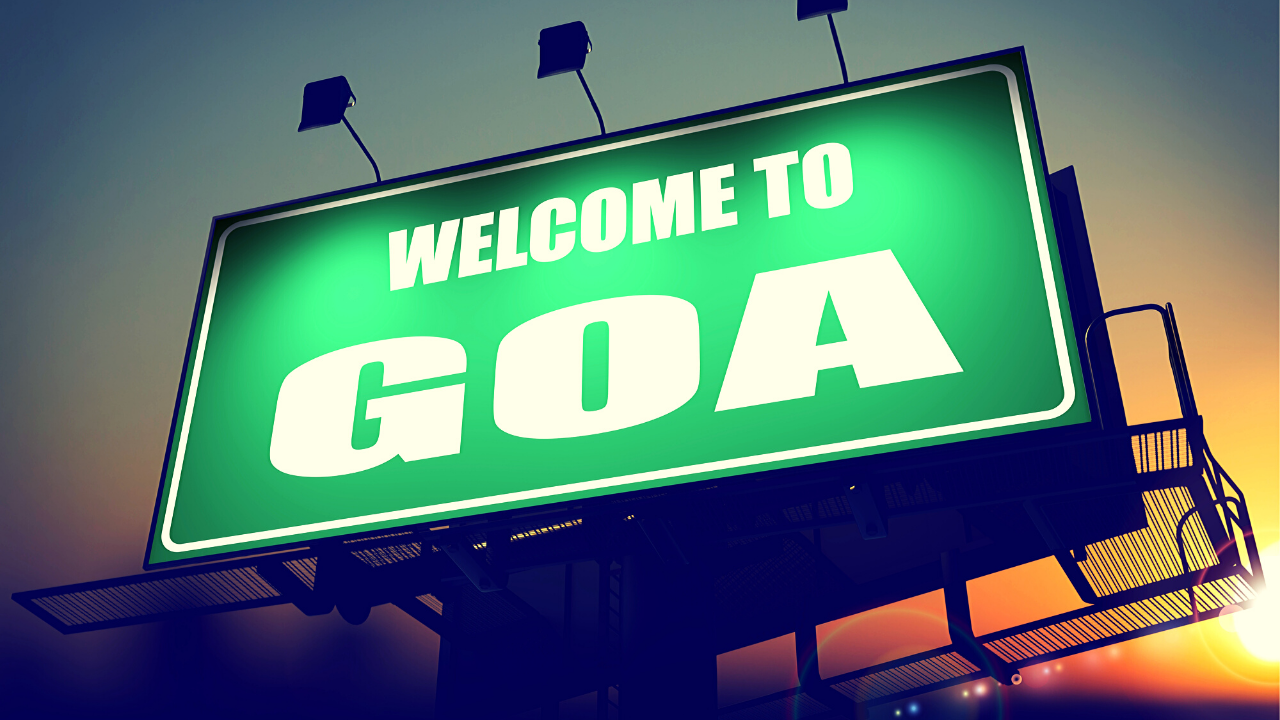 India is notorious for its sweltering-hot weather that can probably induce a heat stroke. To avoid this, you need to schedule a trip to Goa during the cooler months, which are usually from November to March. While these tourist months mean that beaches and hotels are awfully crowded, the weather and the seas are at their best at these times. (Note: If you wish to visit Goa during the holiday season, make reservations at least a year in advance since this is the super peak season of the city).

While the monsoon season, starting from June and lasting up to September, means some rains, native Goans recommend these months as the best time to visit the state. Parties and festivities are usually hosted during the monsoon season – and hotel rates are at rock-bottom prices because the rough seas are closed to swimmers. October, which is considered the start of the tourist season, is also a good time to visit the city because of the lack of frenzied crowds and the presence of cheap hotel rates. The state is more a ghost town during this month though, since most establishments are still closed by then.

Plan your trip to Goa in time for the city’s special events and festivities. Here are the celebrations that you ought to visit during your Goa tour: 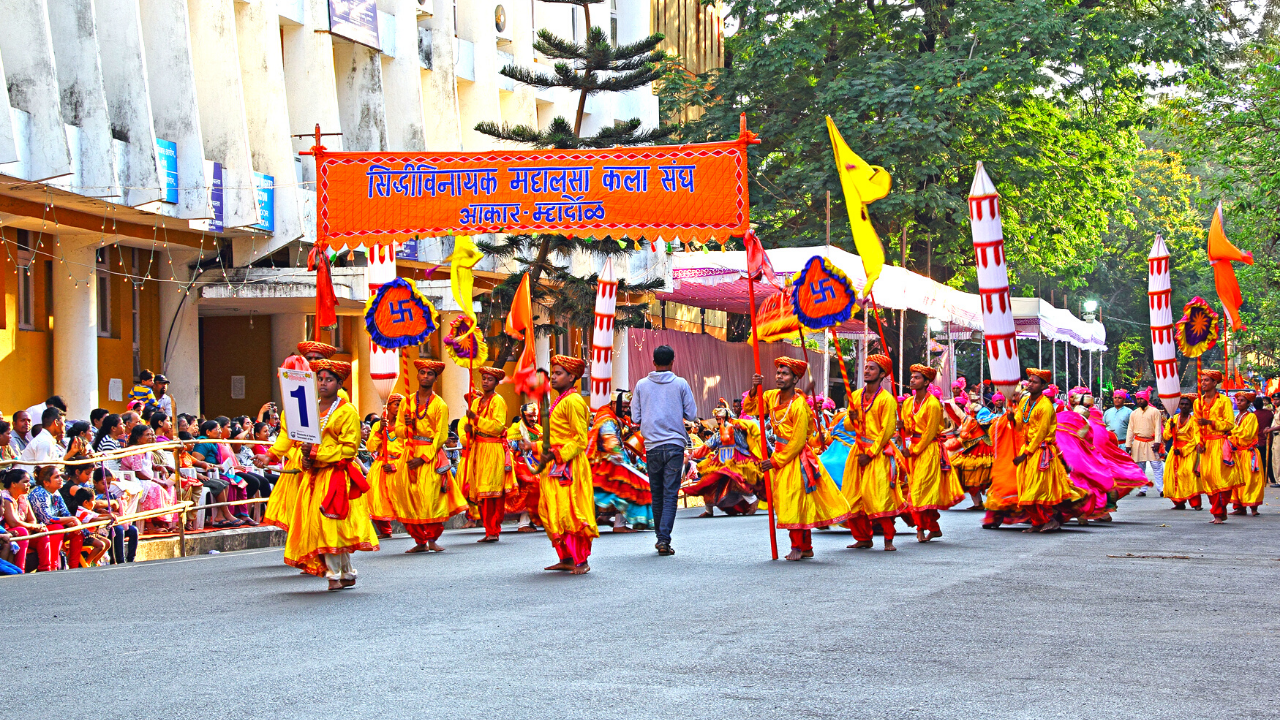 Also known as Shigmo, this event is the equivalent of the “Holi” full moon festival. Held every February or March, the Shigmo plays host to colorful parades and performance groups entertaining the streets with lively dances and flamboyant floats. If you want to take part in the Shigmo, make sure to have extra clothes at hand, for colored powders will surely be thrown at you! 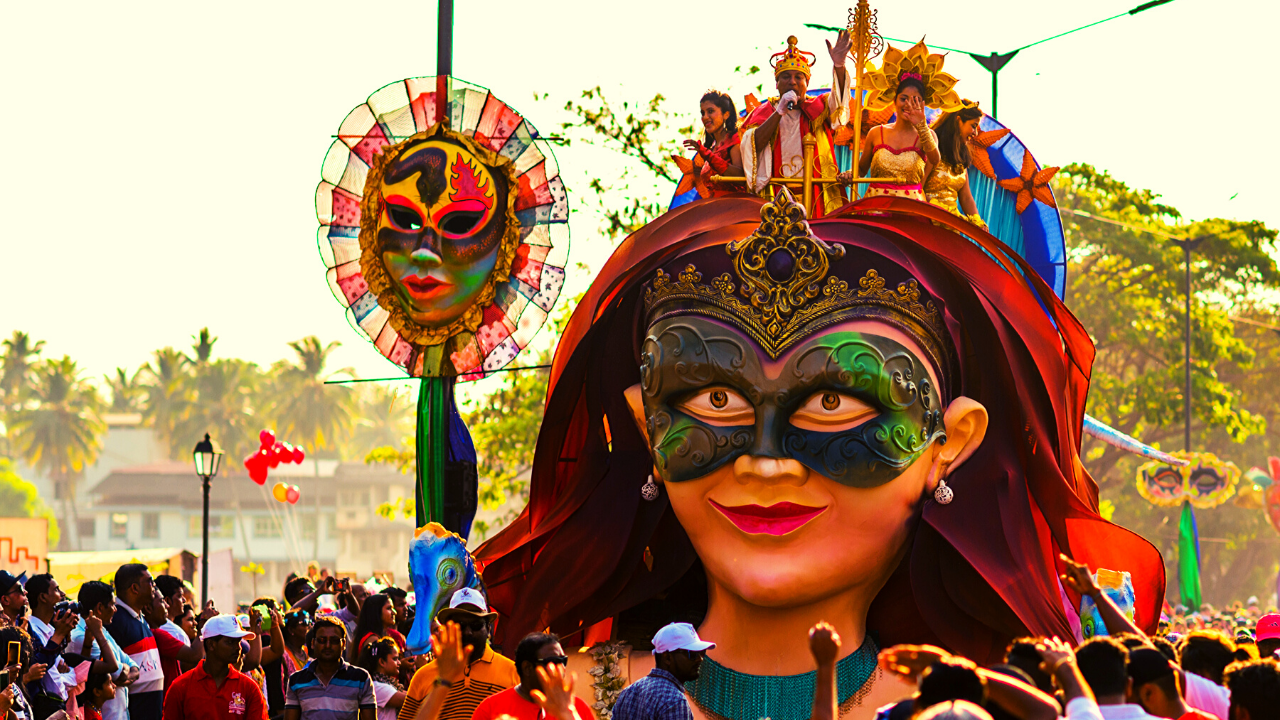 Held every February or March, the Goa Carnival is a three/four-day event that celebrates the arrival of Spring. This world-famous event features floats and processions accompanied by song and dance performances. You might even be elected the “Momo” – or King of Chaos – who will preside over the carnival events. 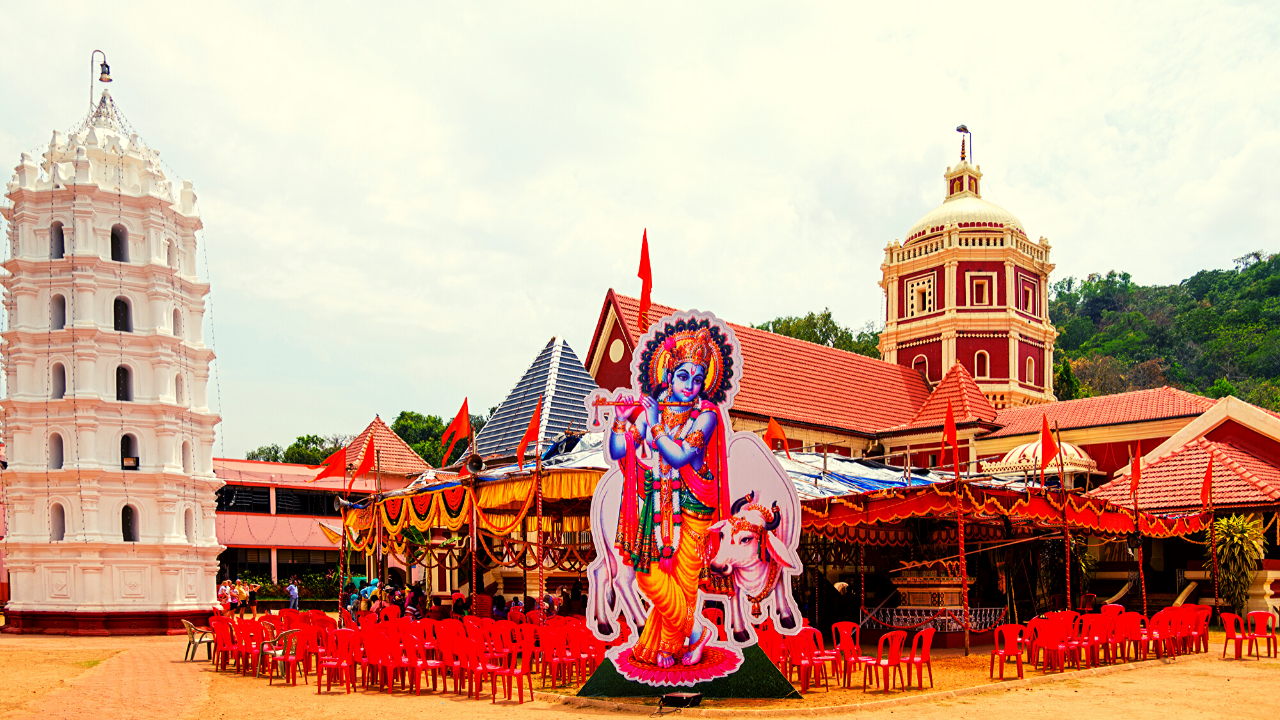 Goa – which is influenced by Indian and Portuguese cultures – is truly a sight to behold. You can experience its rich culture – and more – by taking part in the Goa Heritage Festival, held annually every April. During the festival, you can enjoy lively dances and song events while you sample Goa’s finest delicacies. 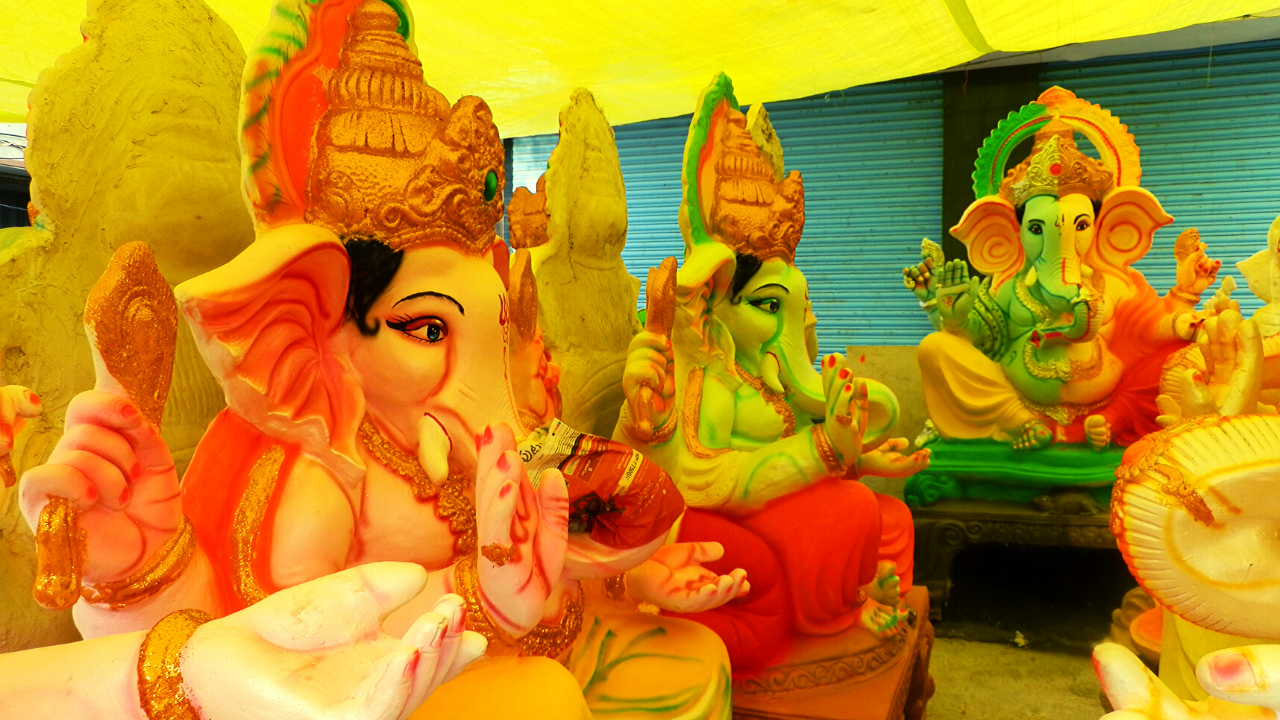 Famous as one of the most joyous events of the year, the Ganesh Chaturthi celebrates the birth of Lord Ganesh. This 10-day festival, held every September, features dancing and singing of Hindu devotees, all decked in new clothes. Statues of Lord Ganesh are paraded across the streets as well, as people set off firecrackers and paint the town red. 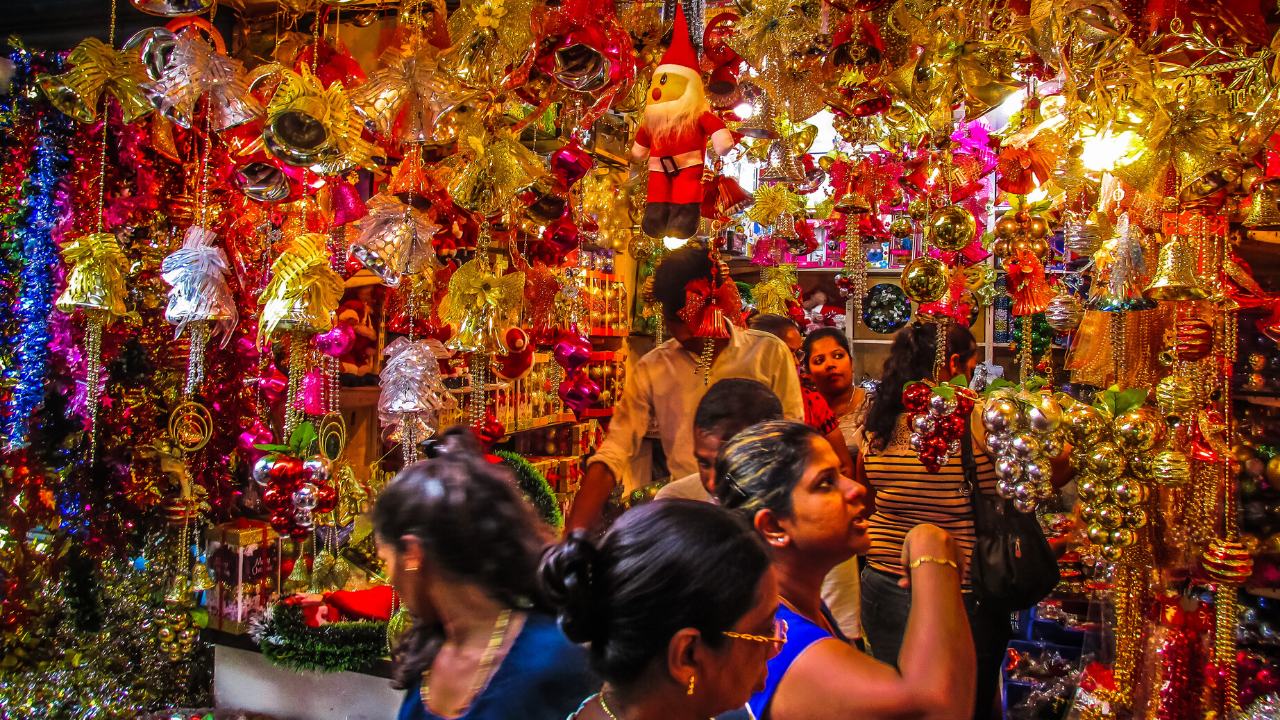 Christians are numerous in Goa, given the Portuguese influence in this region. Unlike other Indian districts, the population of Catholics in the city makes for a great Christmas celebration in Goa. Apart from exchanging pleasantries and gifts, Christmas is highlighted with the preparation of famous dishes such as Bebinca, Chicken Cabdel and Goan Pork Sorpatel.

While Goa is a small state, transportation options abound for locals and tourists. Here are some choices to try out when getting around the district: 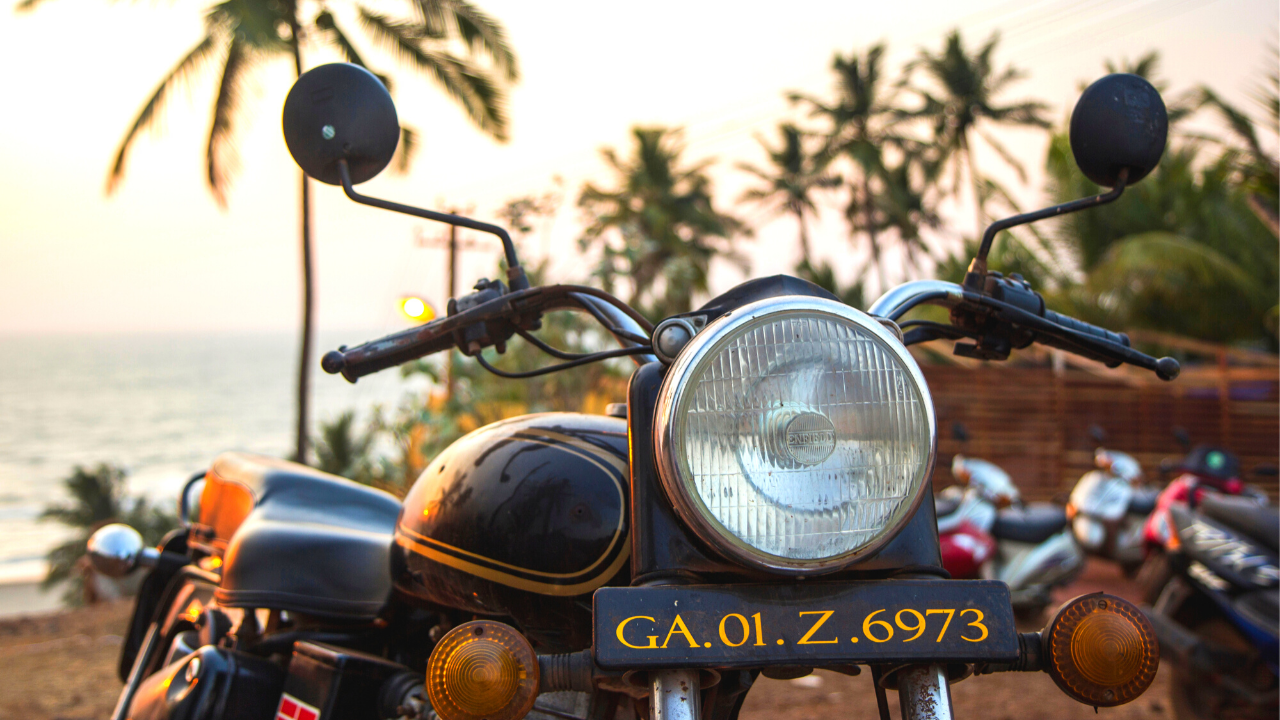 Known as the most famous means of transportation in Goa, motorbikes allow you to roam around the city with relative ease. During the low season, you can rent a motorbike for as cheap as USD 1.67 a day. On high seasons though, the daily rate climbs to about USD 5. Like biking in your home country, don’t forget to wear a helmet when you are on the road! 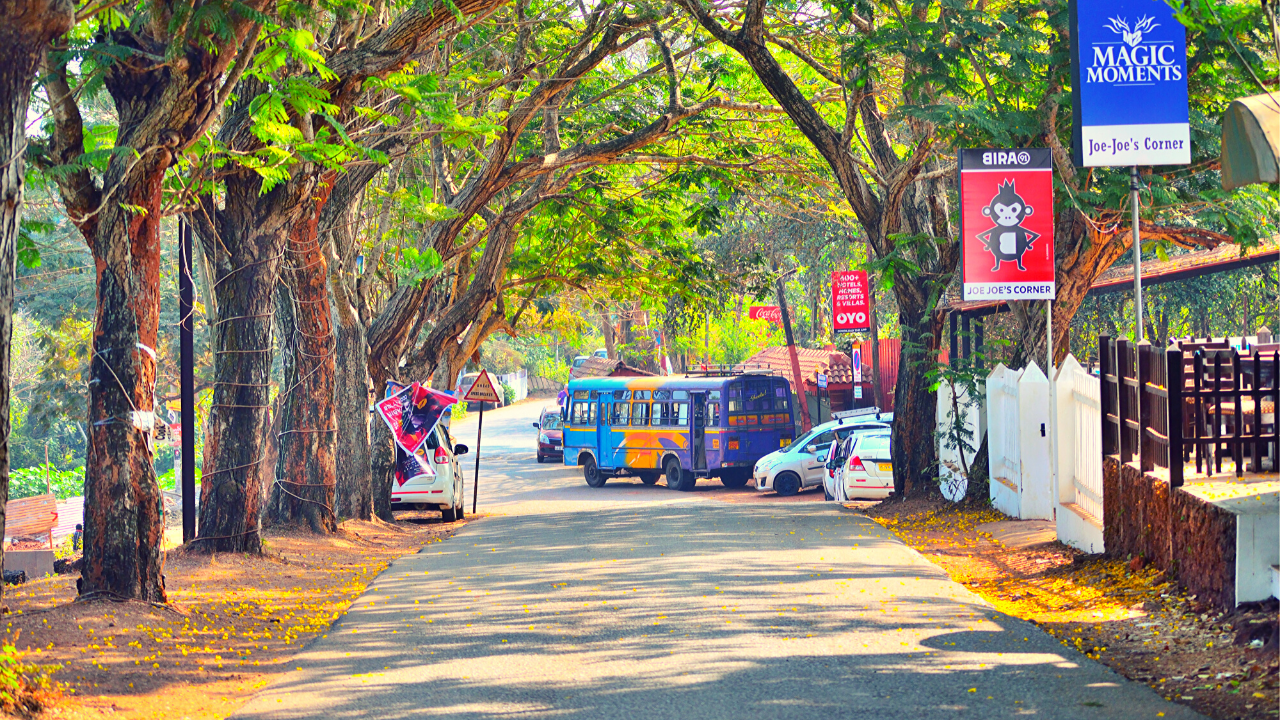 Local buses are your cheapest options when it comes to roaming around the state. Kadamba company buses can take you to Panaji, Mapusa and Margao. 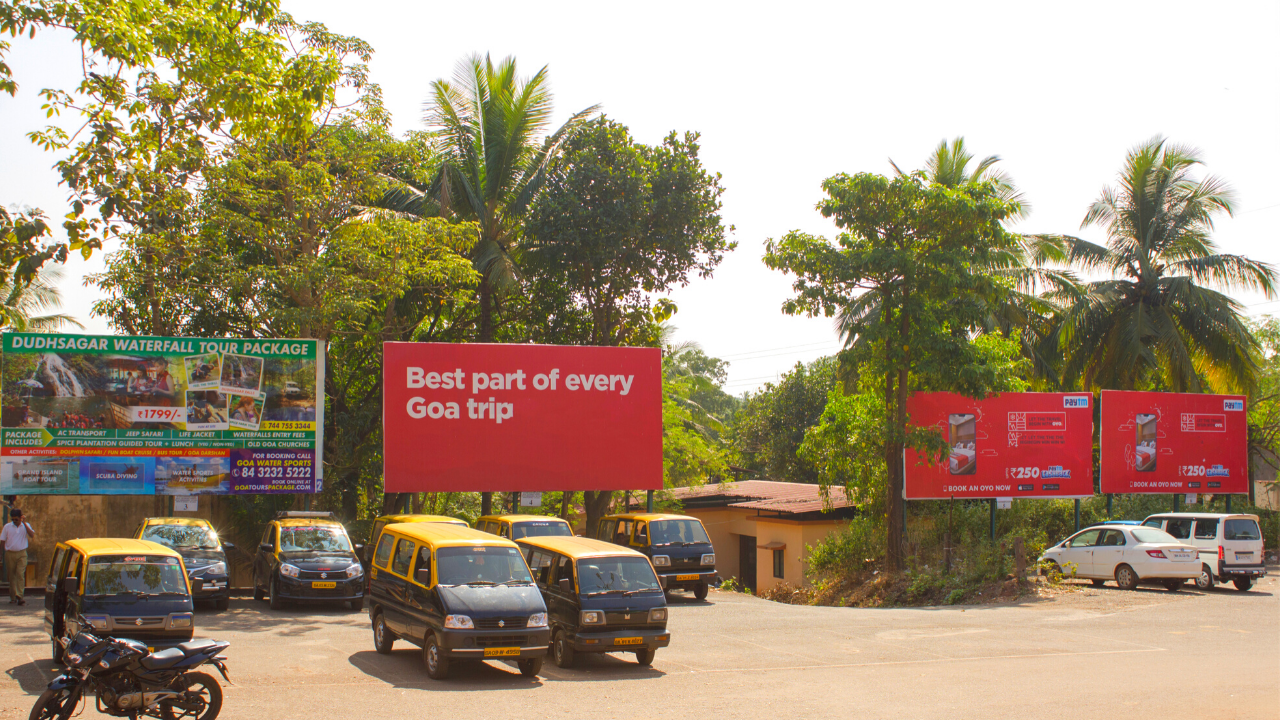 Cabs abound in Goa: it is up to you whether you would like to hop on board a Ford Ambassador or a Maruti van. Do note, however, that taxis in Goa rarely have functioning meters. Make sure to agree on a price before climbing on board a cab to avoid any problems. Usual daily touring rates range from USD 25 to USD 33. 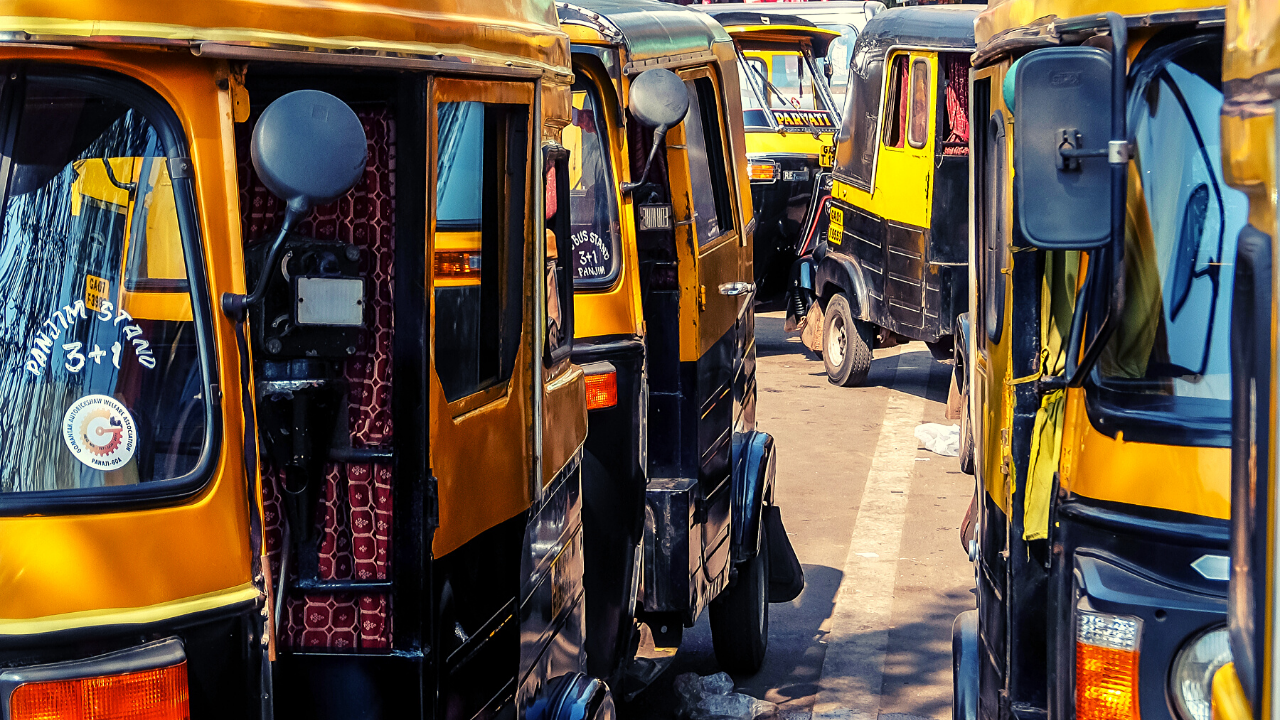 A great transportation experience that is particular to Goa is the auto-rickshaw, a three-wheeled machine powered by a noisy engine. This commuting option is perfect for two passengers, as it is the maximum limit of the auto-rickshaw. Fares range from USD 0.83 for short routes and USD 1.67 for long journeys. As with cabs, make sure to negotiate the price before you get on board.

Gorgeous Goa features numerous sights that can make your tour all worth it. When in the state, don’t forget to have your photo taken at these top attractions: 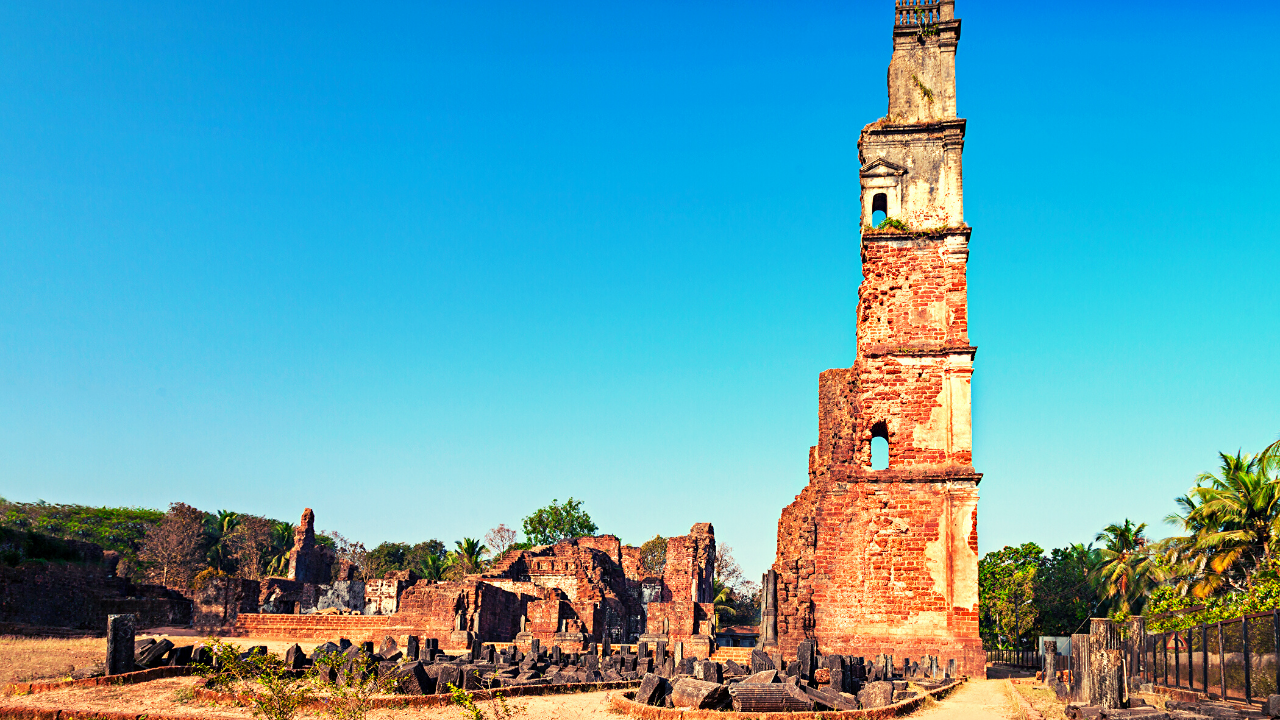 As the capital of the Indian Portuguese colony, Old Goa exhibits an aura of old-world glamour and architectural magnificence. This UNESCO World Heritage Site plays home to opulent churches, such as the Basilica Bom Jesus, the Se Cathedral and the Chapel of St. Francis Xavier. 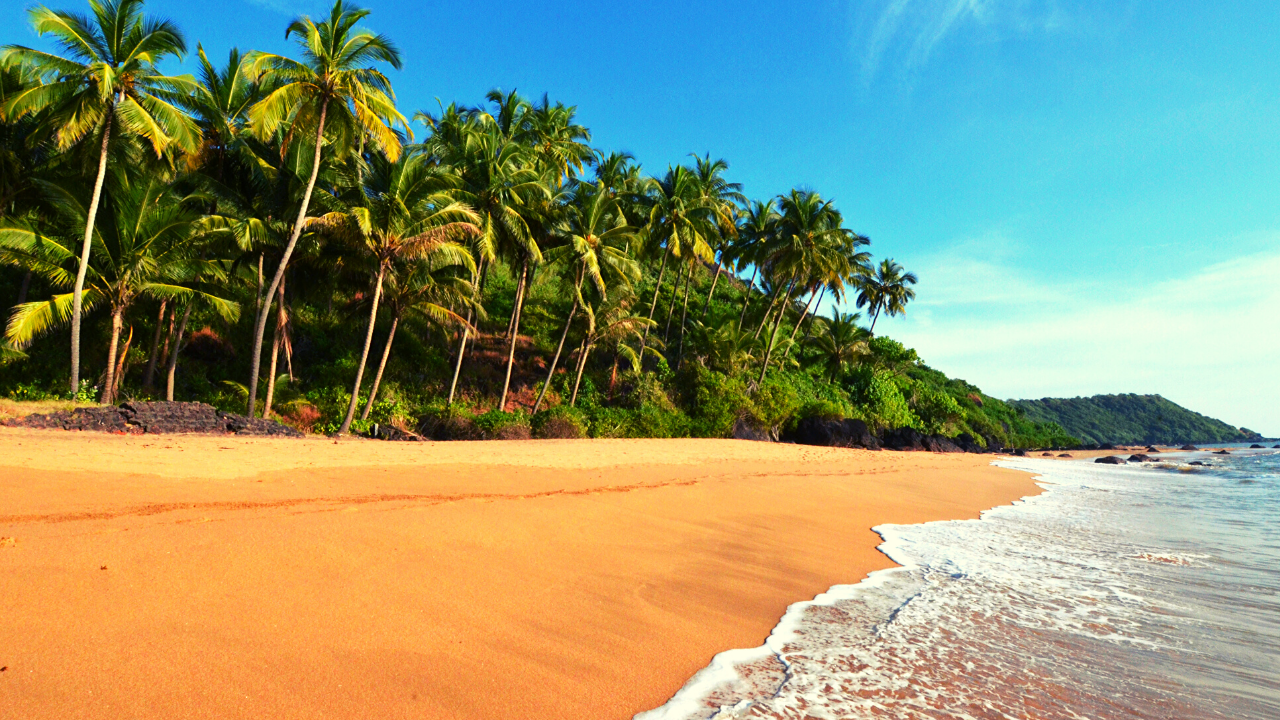 Of course, a trip to Goa is not complete without frolicking in its beautiful beaches. In Panjim, the place to go is the romantic Dona Paula Beach. In Margao, the top choices are the beaches of Colva and Benaulim. Anjuna and Baga, on the other hand, are the flagship swimming destinations in the city of Mapusa. 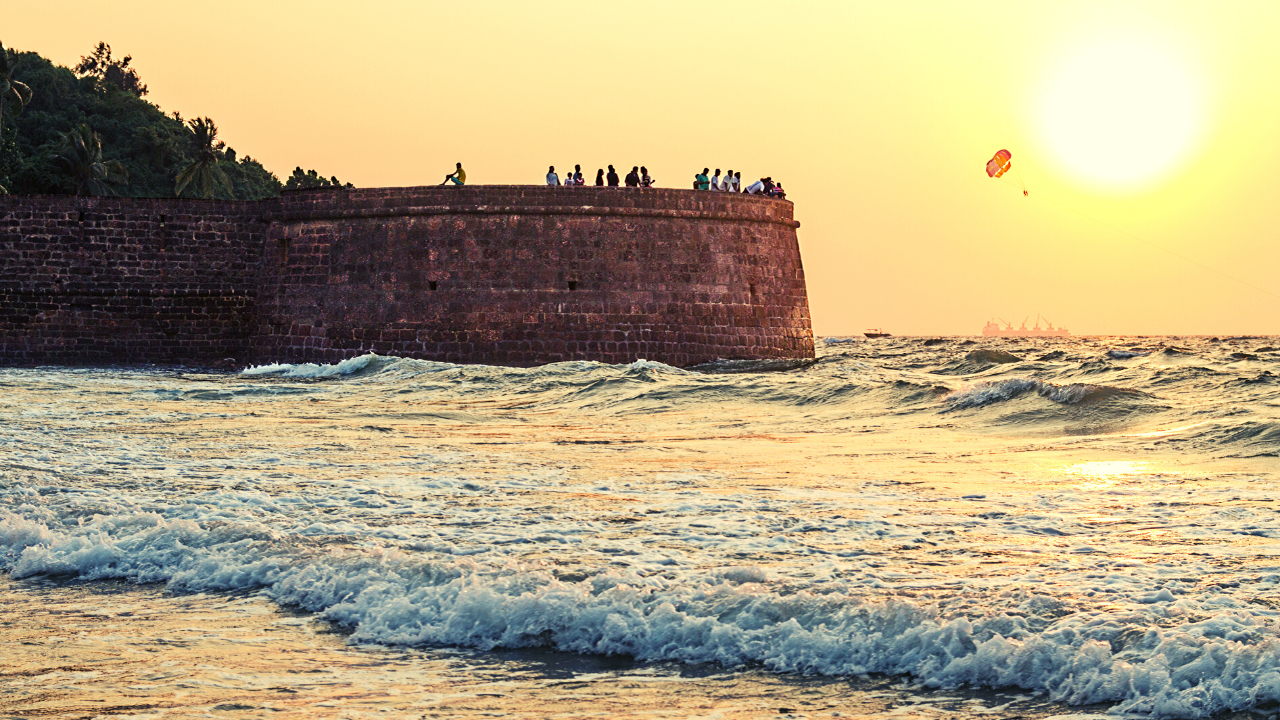 Located on Sinquerim Beach, Fort Aguada is a big fortress in the province in Goa. Because of its well-preserved status, the ancient ruins will surely transport you back to the time when the Portuguese still ruled over Goa. Apart from its historical value, the Fort is a famous attraction among tourists because it provides fantastic views of the Arabian sea.Address: Mandovi River Shore, Sinquerim

Going to the Dudhsagar Falls involves a bumpy jeep ride, but when you reach the location, you can truly say that it is all worth it! The waters, which come from the Western Ghats peaks, create a great swimming experience below. The area’s landscape is perfect for hiking and trailing trips.Address: 60 kilometers from Panaji 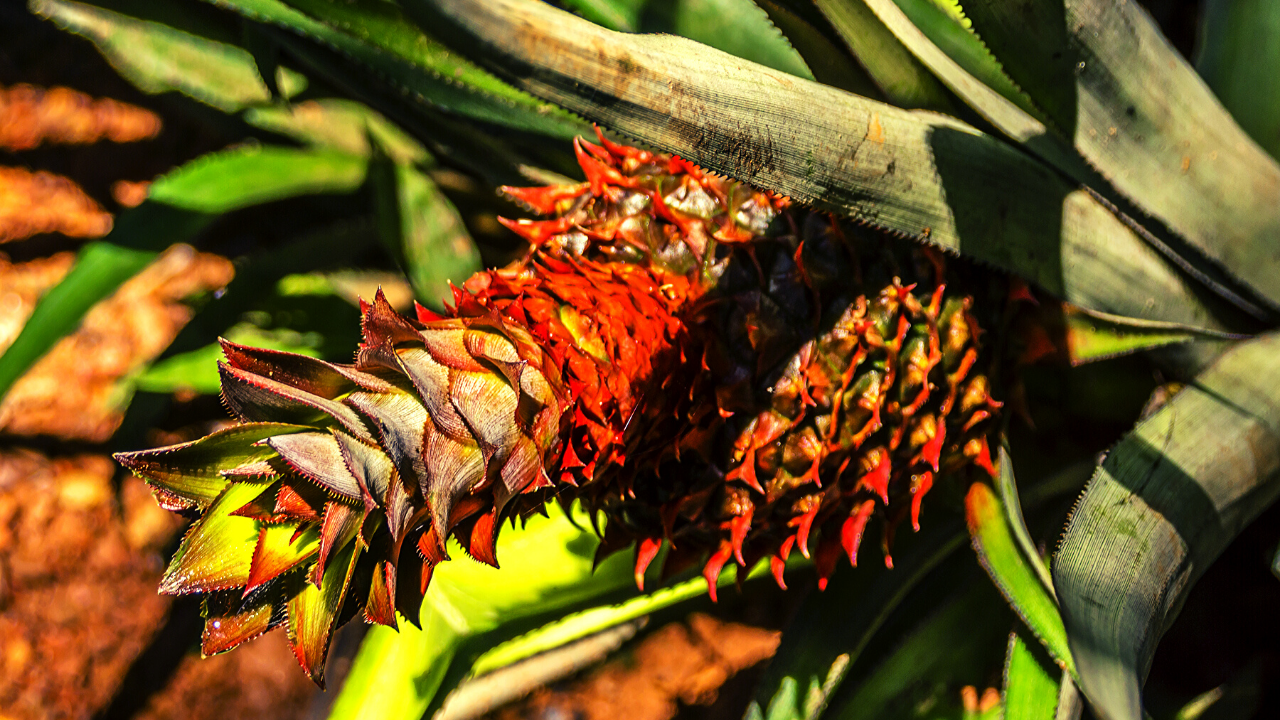 It was India’s exotic spices that drew many explorers and conquistadors to the country. At Goa’s Tropical Spice Plantation, you will be given a bird’s eye view of what endeared the Portuguese to the coastal state. Apart from touring the spice farms, the Plantation offers exemplary Goan food for a modest price of USD 6.63 (tour voucher included).Address:  Arla Bazar Keri, Ponda

Where to Stay in Goa

Whether you are looking for a beachside retreat, or a nice, quiet hotel to stay in with your fiancée, Goa has it – and more. For a great Goa experience, make sure to book a night or two at the state’s top hotels: 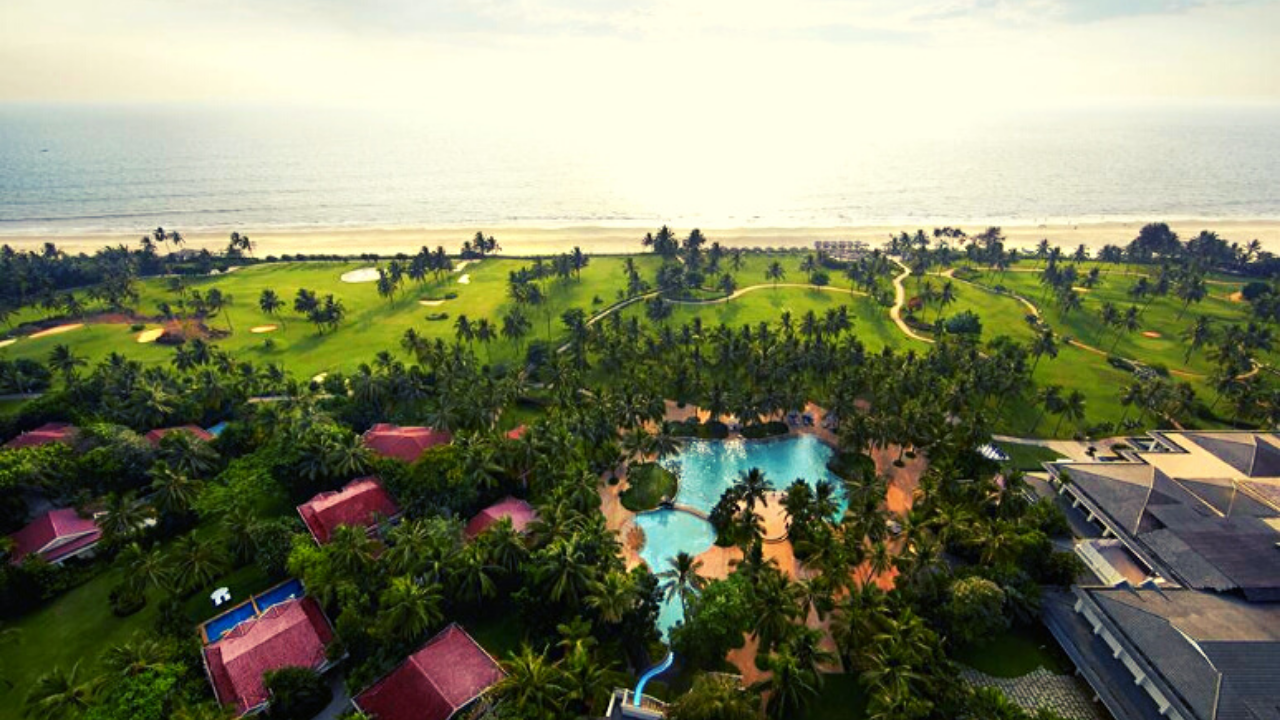 Known as Benaulim’s best hotel, the Taj Exotica Goa is a beautiful, 5-star retreat for weary travelers and adventurous souls. Spread on a land space of over 146 acres, the hotel offers 140 spacious rooms and immediate beach access to its guests. With its picturesque pool and worldly spa offerings, staying at the Taj Exotica Goa is a treat for around USD 163 a night (updated 2020).Address: Calwaddo, Benaulim 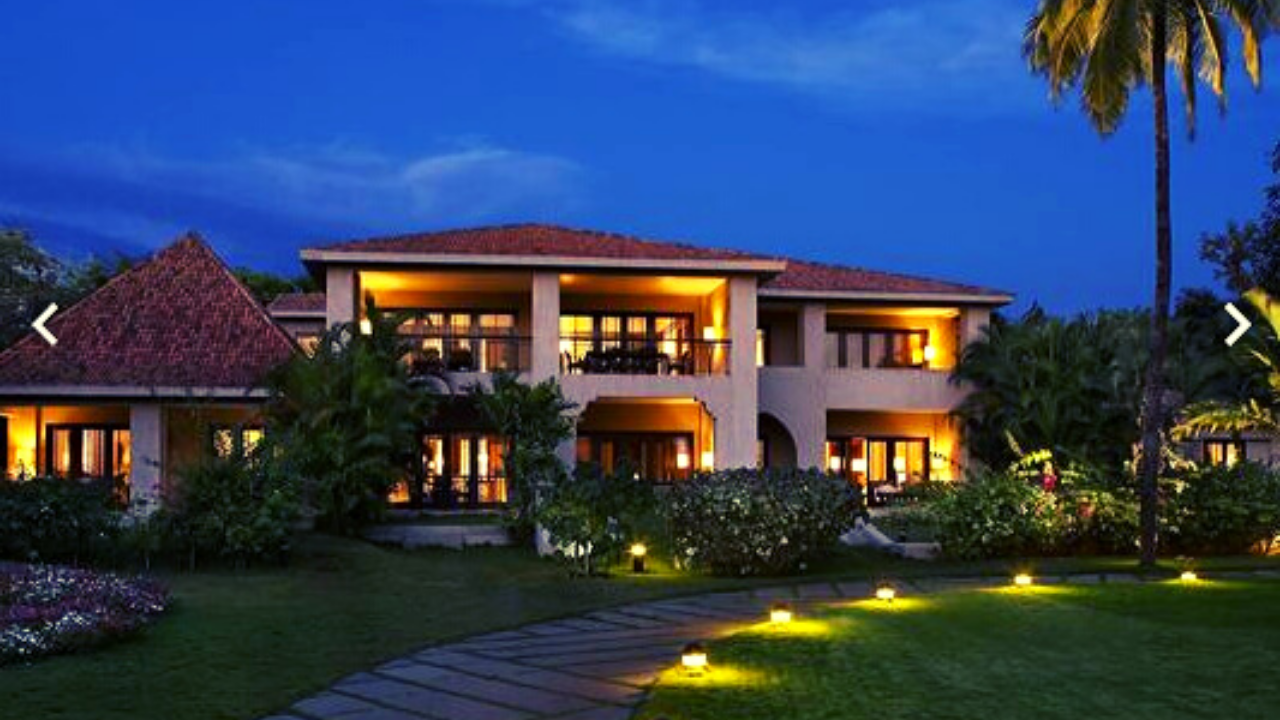 This 5-star hotel is the pride of Cavelossim, with its homely architecture, beautiful pool and beachfront location. Apart from its luxury features, Leela’s is famous around the world for its friendly and attentive staff. When it comes to food, Leela takes the top spot as well with its superb intercontinental buffet. For a daily rate of USD 135, you can expect affordable luxury at the Leela Goa.Address: Mobor, Cavelossim 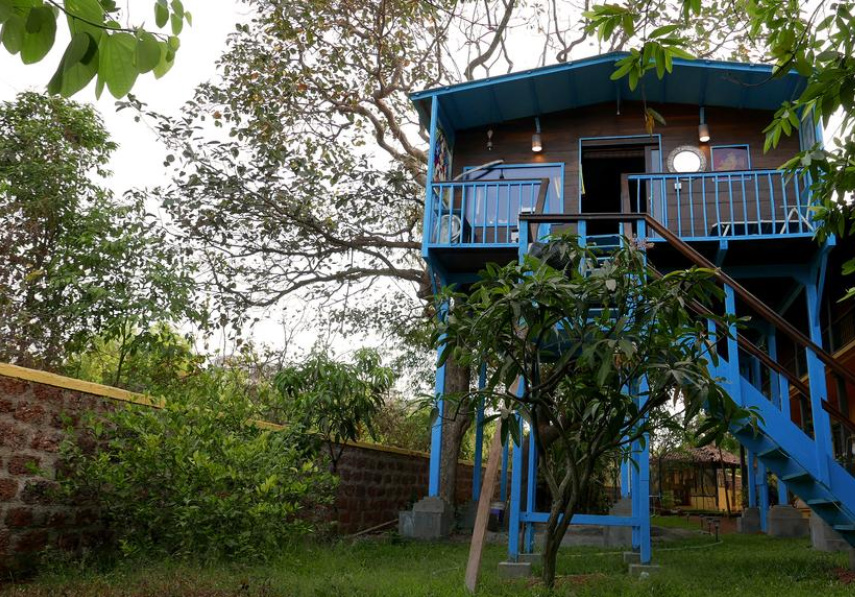 If you don’t like the hurly burly associated with big hotels, then Morjim’s quaint Sur La Mer is your best choice. Despite its small size, the hotel boasts of big services and tremendous customer service. With its lovely location and fantastic amenities, Sur La Mer is considered the best hotel in the Morjim district.Address: North Goa, Morjim 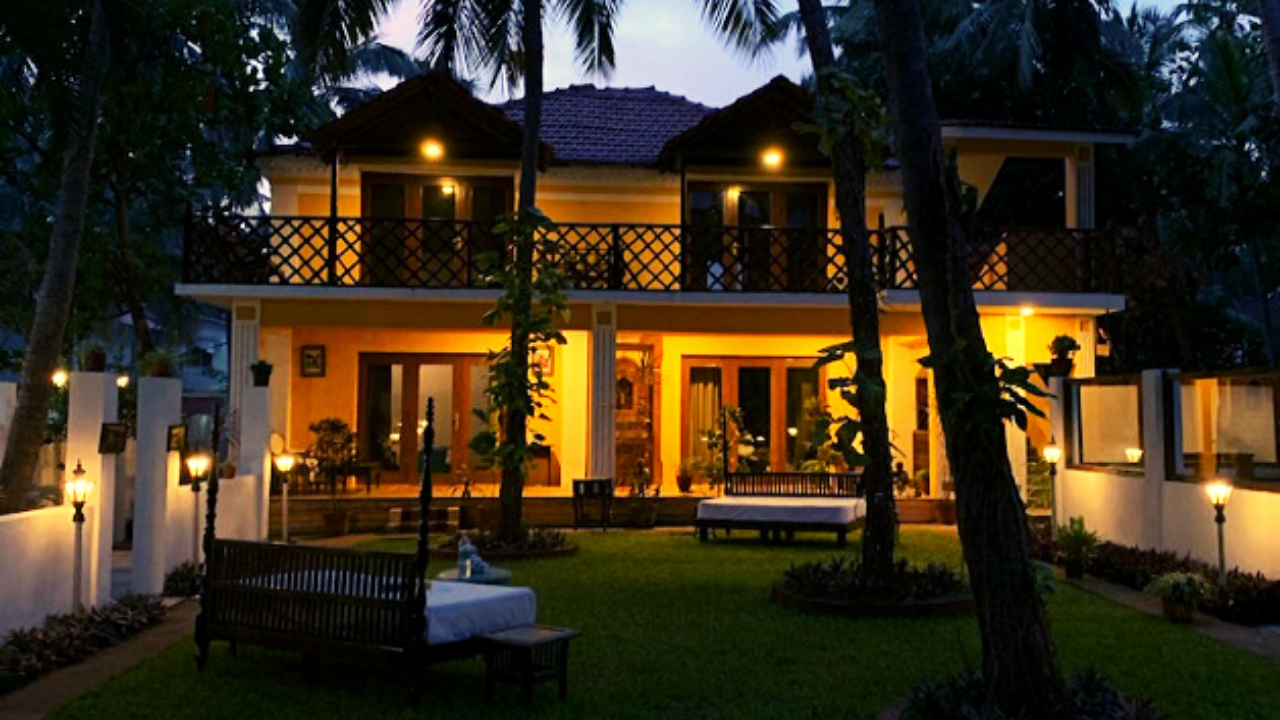 Your stay at the Casa Candolim will nothing be short of idyllic. After all, it features beautiful rooms with complete amenities, excellent customer service and tasty food offerings. With its easy access to Goa’s famed beaches, Casa Candolim can give you the memorable vacation experience that you are looking for.Address:  Candolim Beach Road, Candolim, Bardez 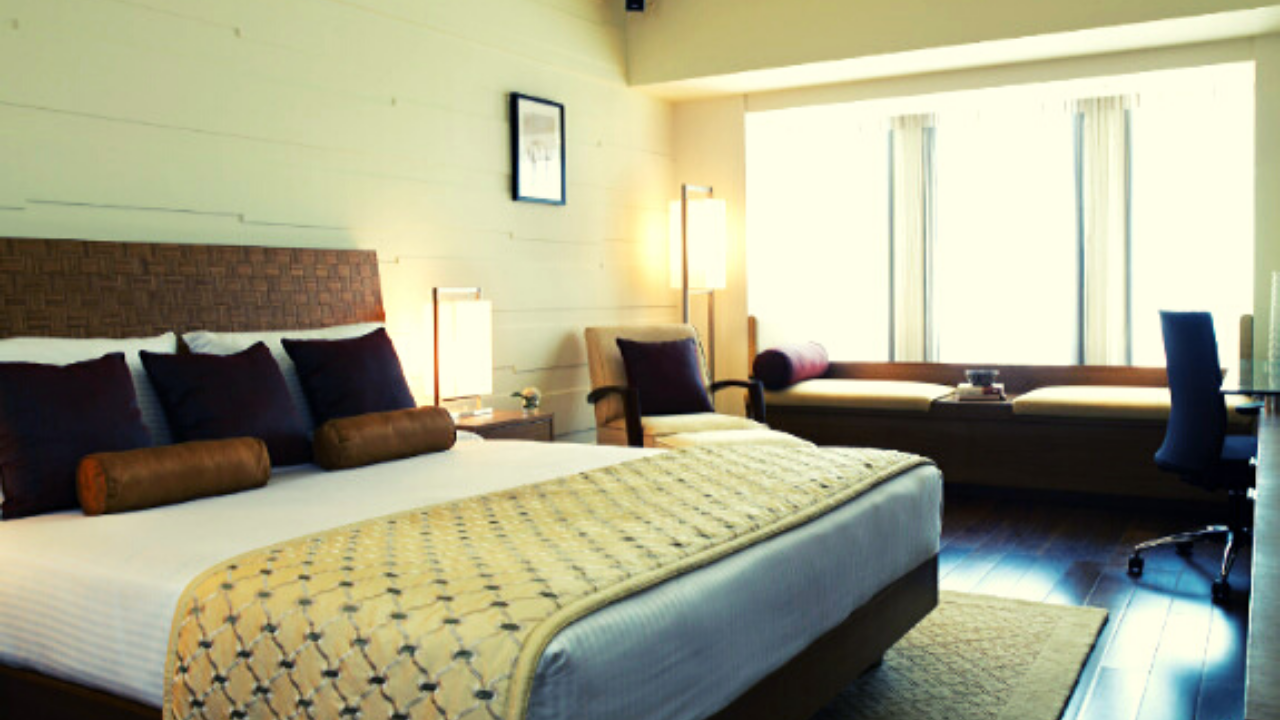 The Vivanta by Taj is not too bad of a choice for a night or two (maybe even more). It is known for its central location, stellar customer service, and ridiculously cheap room rate at  USD 88 per night.Address: Off D. B. Bandodkar Road, Panaji

Where to Eat in Goa

India is famous for its tasty food. In Goa, you can taste the very best dishes that the exotic subcontinent has to offer. Make sure to give your taste buds their well-deserved vacation by dining at the state’s hottest restaurants: 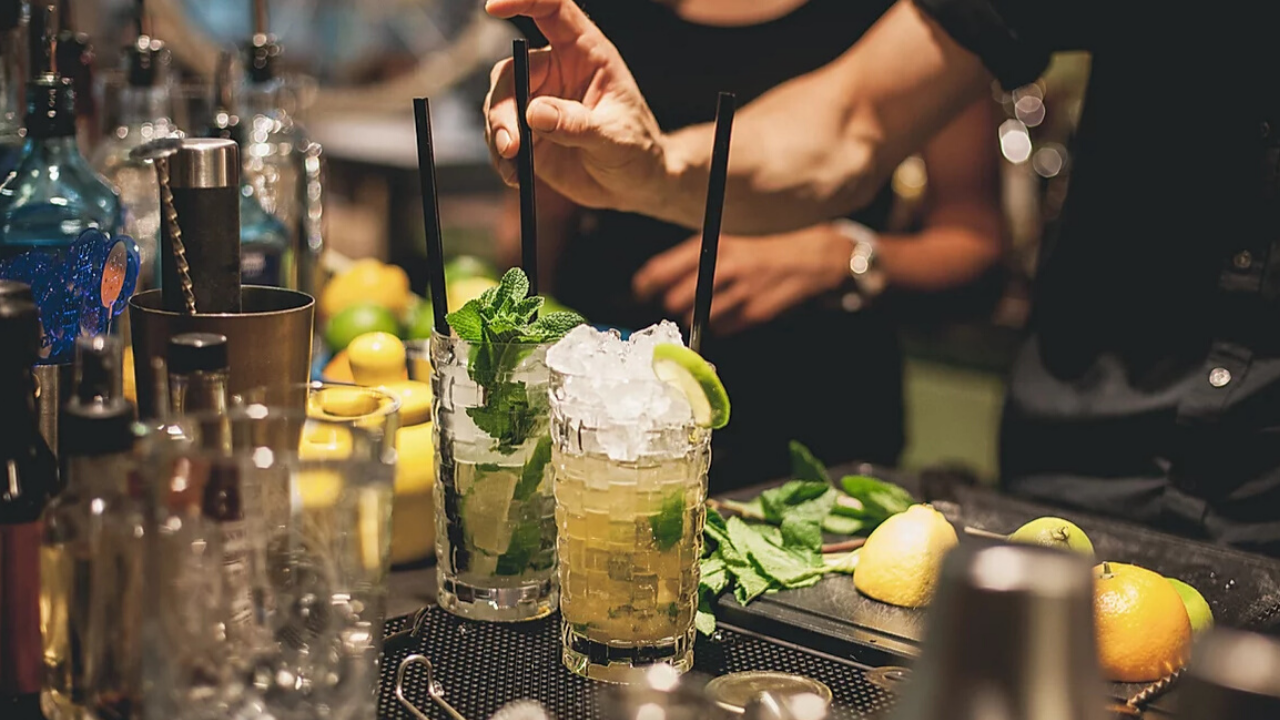 When it comes to European eats, the best place to visit in Goa is Chef Soumyen’s Kitchen. Its steak and grilled chicken are fan favorites, but its other entrees will get you up and going as well. Perhaps the best thing about the restaurant is Chef Soumyen’s personalized service; he makes it a point to visit his customers to ask them about the quality of his dishes. Entrees cost an average of USD 14.Address:  Luis Marino Gomes Road, Calangute 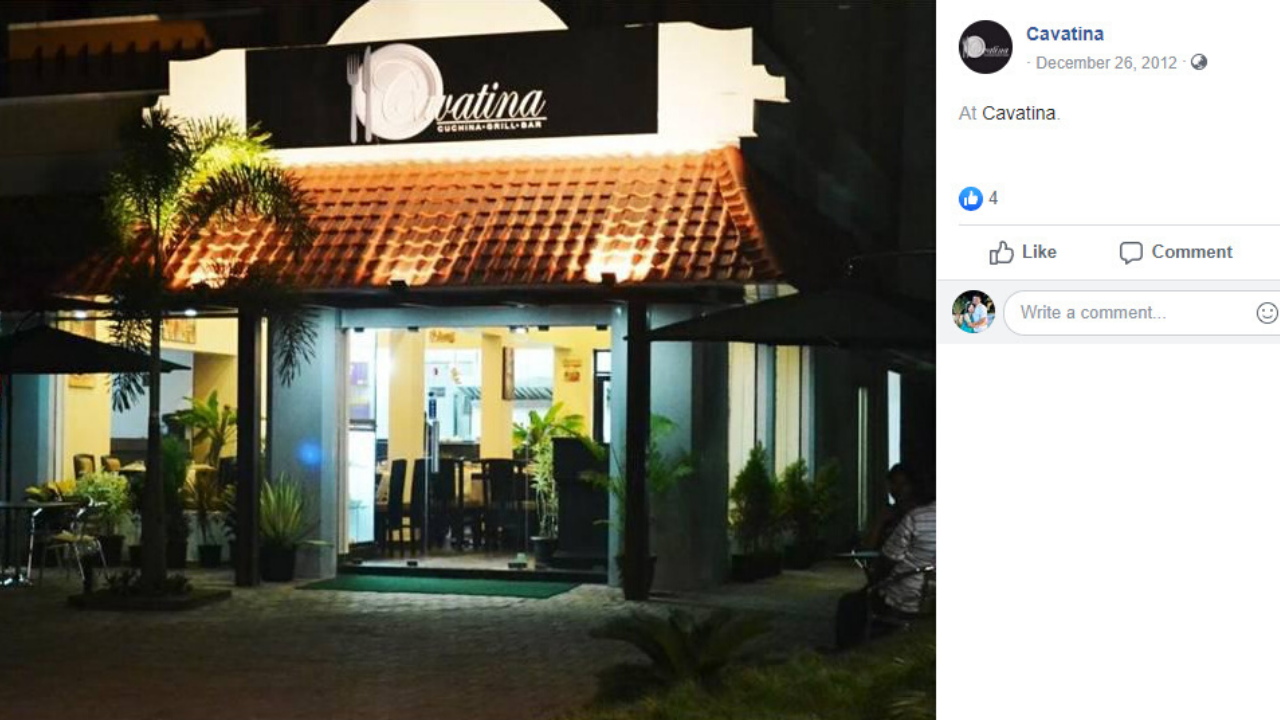 If you are up for a late night feasting of contemporary food, then Cavatina is the haunt you are looking for. This famous restaurant in Benaulim is well-loved for its international offerings, all served straight from the kitchen of owner-slash-head chef Avinash Martin.Address: Near Taj Exotica, Benaulim 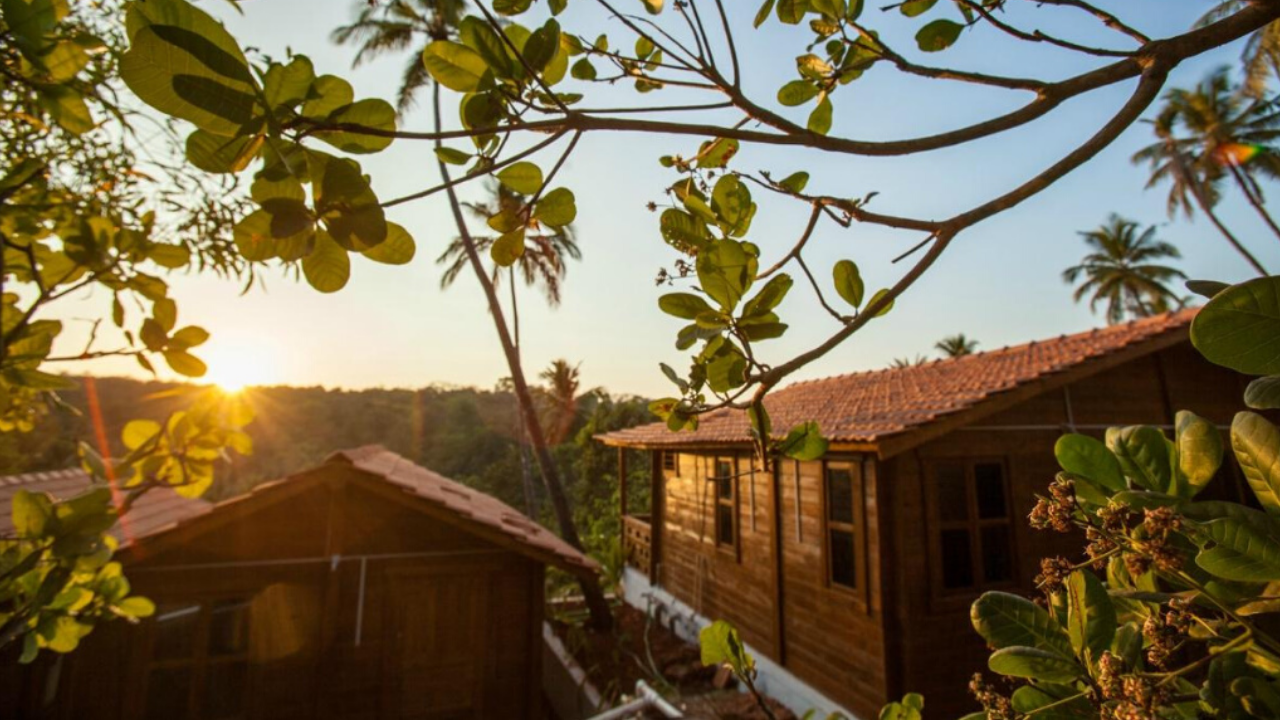 For tasty vegetarian fares, Blue Planet Café should be at the top of your list. Not only are their entrees healthy and revitalizing, they are very sumptuous as well! With their rich flavors, you might think that you are not eating vegan entrees as all.Address: Agonda Rd, Agonda 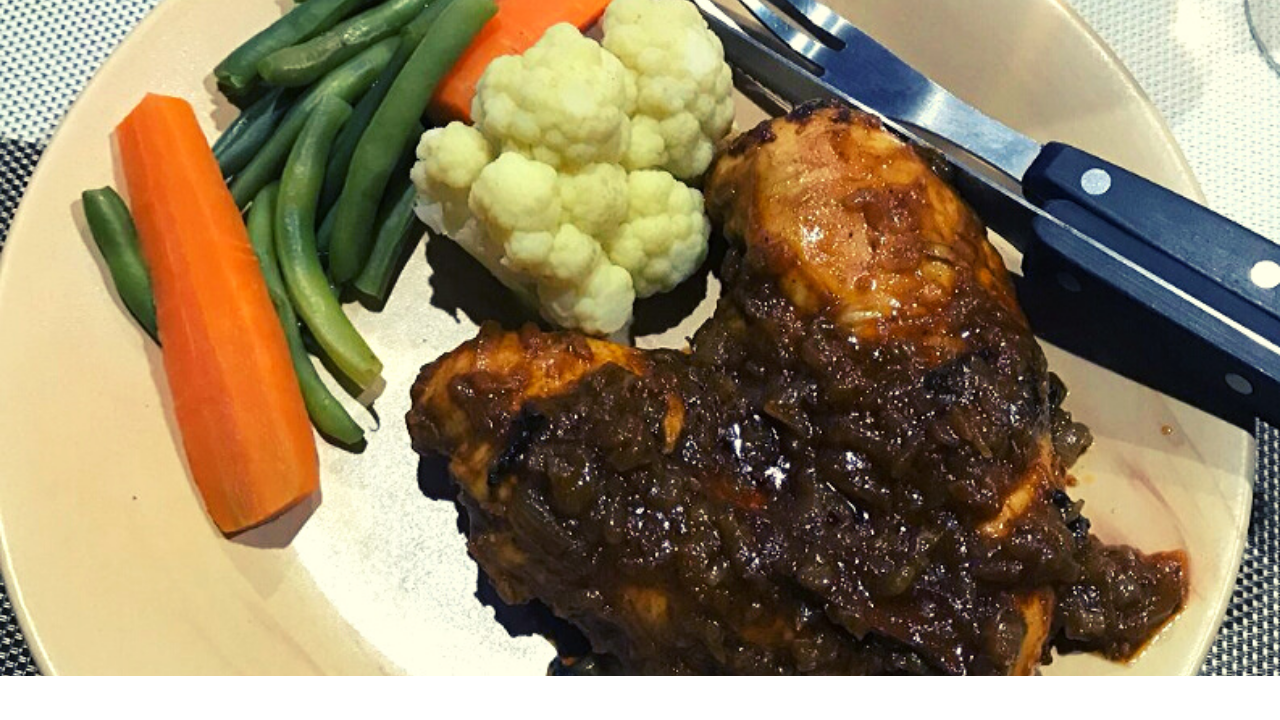 At first look, Victor’s looks more of a beach shack than a restaurant. But when you get to sample its fine Indian cuisines, your opinions will be drastically changed. Despite its simple set-up, Victor’s offers intricate Indian food – ranging from dressed crab and king prawns to barramundi. With its romantic beachside location, Victor’s is a great choice for romantic dinners and late-night munching with your friends.Address: Whispering Palms Road, Beach Road, Candolim, Bardez 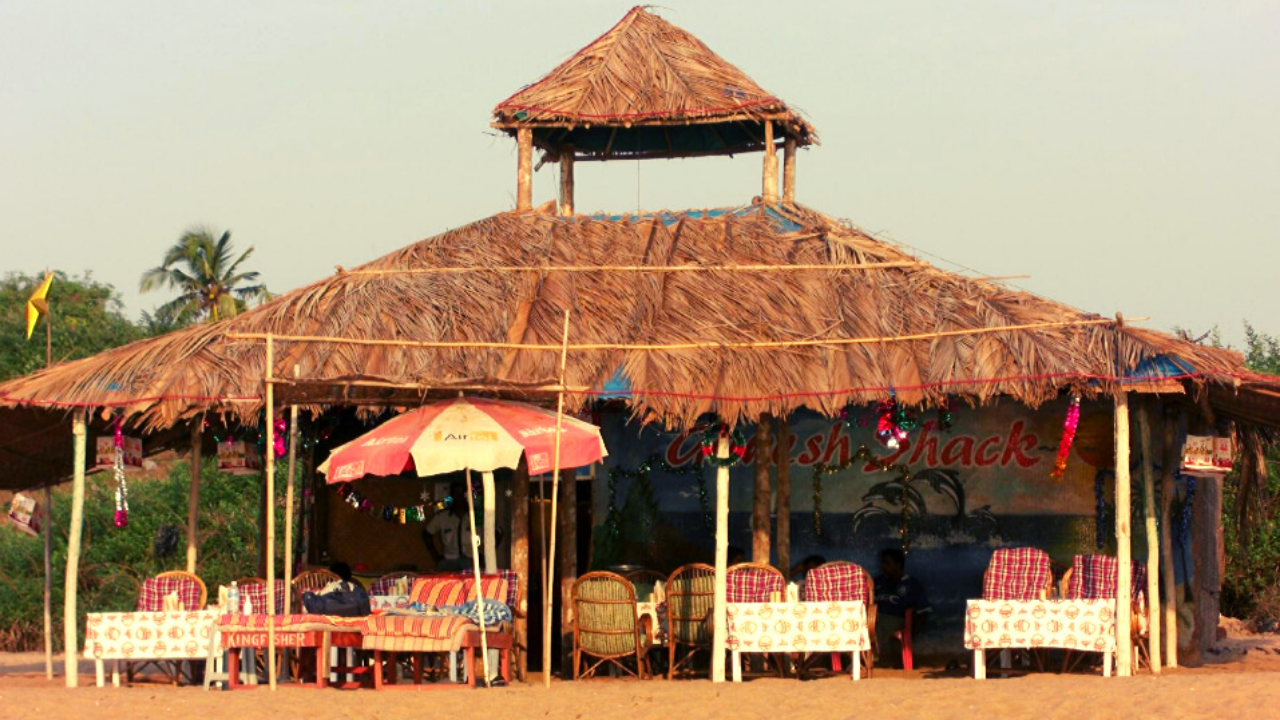 Another great Goa beachside restaurant – this time in the district of Sinquerim – is the renowned Ganesh Shack. Its sumptuous delights – specially prepared by chefs Babu and Norman – will make you crave for more. Whether it is breakfast, brunch or late night dinner, Ganesh Shack can help you enjoy fine food without leaving the comforts of Sinquerim’s beaches.Address: Candolim Beach, SinquerimWhat was once a haven for three Bs– bars, brothels, and booze– has eventually evolved into a gorgeous destination of four Ss: sun, sand, surf, and serenity. People flock to this speck of land to taste the spicy slice of life, and of course, to get a good dose of all of the above. So should you!