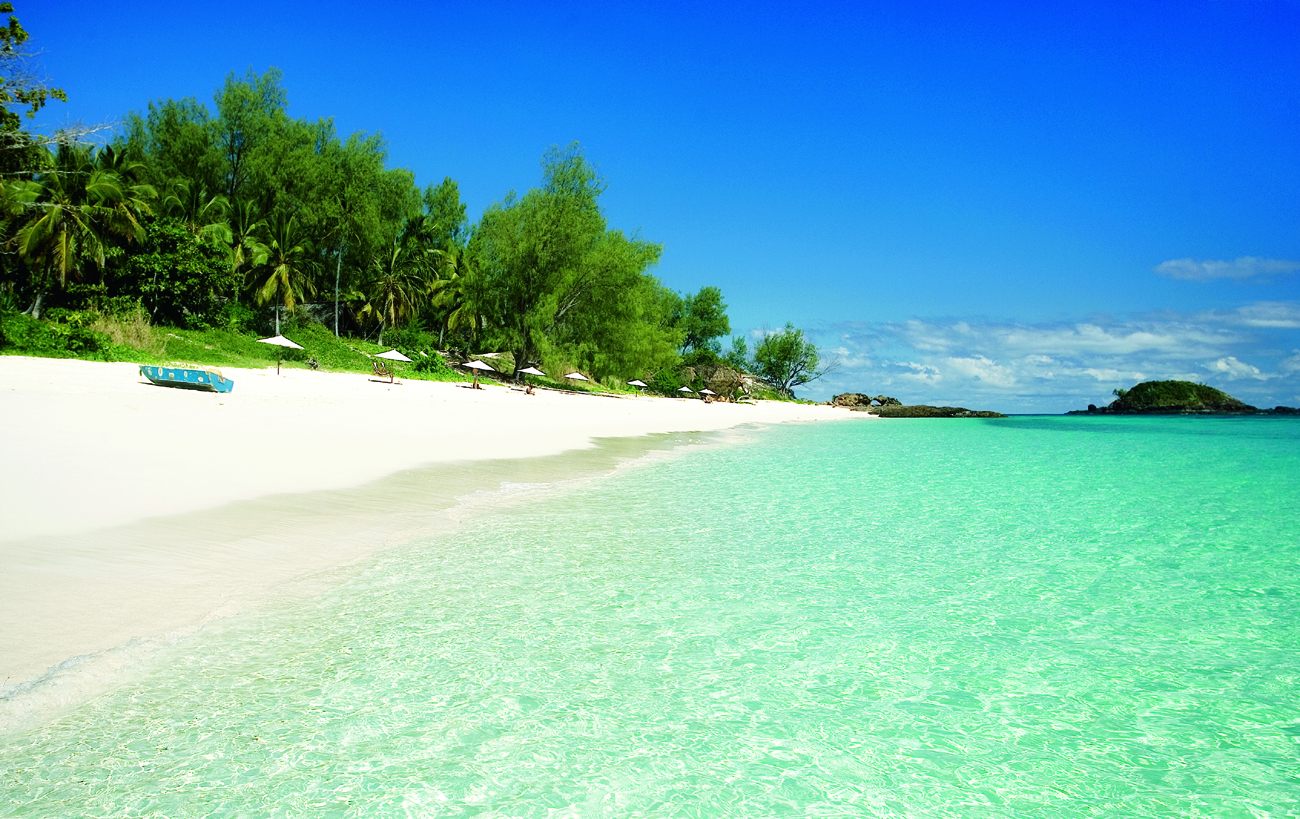 Madagascar is like a rare slice of paradise on the east coast of Africa. In its stunning mountains are thick rainforests and giant tree canopies, home to 5% of the world’s flora and fauna species endemic to the island. Such a kaleidoscope runs from the mountains to the forests, on to the beaches, reefs, and the sea. Idyllic beach vistas, the 3,000-mile coastline, and nearly 300-mile barrier reef are perfect for kite-flying, whale-watching, surfing, snorkeling, and riding the traditional dugout pirogue. Visit intriguing Madagascar and be challenged by its peculiarities: like the baobabs or upside-down trees that grow lofty in the land, unusual yet charming and refreshing.

From April to June, cool temperatures and average rainfall herald the onset of the tourist season.  July and August are the coldest months and considered the peak season, where you can enjoy the luxury of whale-watching and catch some rays along idyllic beaches.  The month of September until mid-December is perfect for nature lovers to behold Madagascar’s abundant wildlife etched with a sundry of endangered reptiles and mammals.  Keep in mind destructive cyclones are as much a part of Madagascar’s weather pattern, which usually occur during the rainy months of January to March, so avoid getting your hard-earned sabbatical decimated by one! Most tours close on this period, too.

Madagascar has two curious seasons. From November through April, the climate is hot and rainy. The hot and humid climate is notorious for causing fevers. Cyclones coming from the Mascarene Islands also occur heavily with thunderstorms from January to March. From May through October, the climate is cool and dry. Mornings are sunny and chilly, and frosts sometimes occur at the central highlands.

Wild Madagascar amidst nature’s changing scenes. Your activities vary as the settings change. You can ride the waves, walk the flatlands, and scale the peaks. The true treasure of Madagascar’s may be searched within its deepest reefs and sea beds, or into the oldest forests and the most arcane ravines. But it can also be well in the villages and markets, where Madagascar’s culture is at play in the local’s way of life. 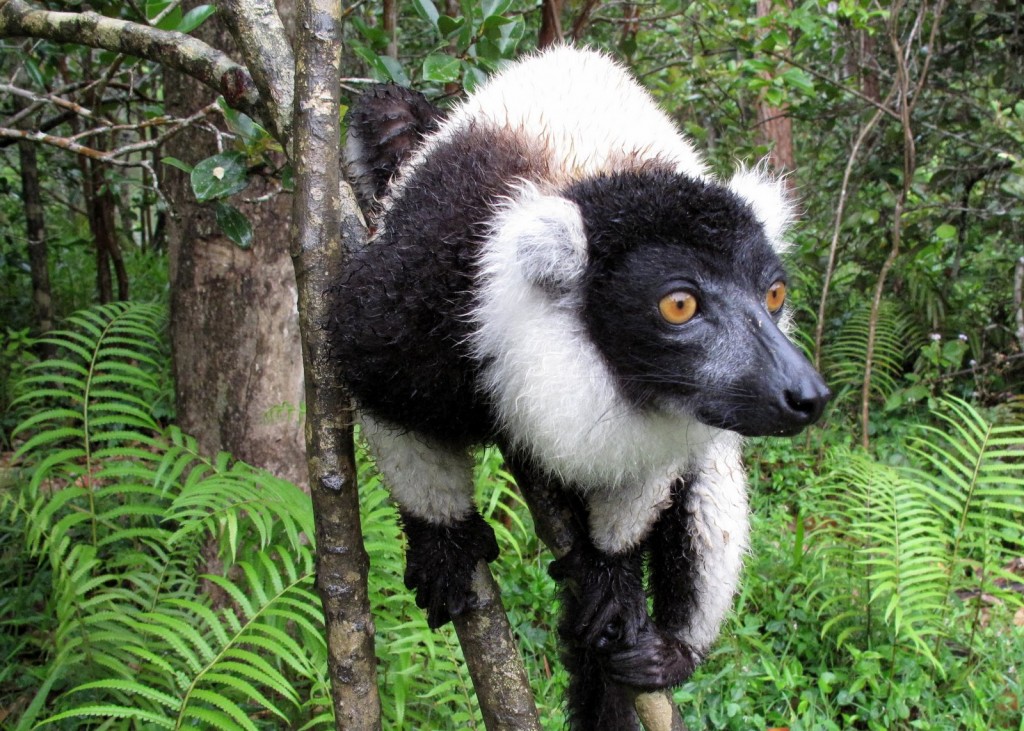 You have to see wildlife in its natural habitat. Explore the pinnacled Tsingy de Bemaraha. Desiduous forests protect the rich ecosystem and supporting bio-diverse flora and fauna. Make a plan for camping in these areas.

2) Test the Waters of Madagascar

Windsurfing is best between April and November when the wind remains constant at 30 knots. Kayak with a guide and look for hidden coves along the coastline of Ile Sainte Marie. Dive the reefs or shipwreck ruins.

For those staying longer in Madagascar, an organization called Azafady Volunteers, organizes community tourism projects around Fort Dauphin. You can learn about the people and experience local life by volunteering in the village, beach and forest sites of the Azafady.

If you can’t go to the wilderness, you can observe wildlife by visiting national parks. Ranomafana National Park has 13 species of lemur, small mammals and birds, and vast botanic collection including carnivorous plants. Isalo National Park is a contrasting landscape of deep canyons, sandstone formations, and flat grasslands. Andasibe National Park is home to lemurs and the endemic long-eared owl.

5) Explore the Villages and Markets for a Cultural Discoveries

Find a pirogue captain and visit the villages in Nosy Mangabe and Masoala Peninsula. There are vanilla and cinnamon farms in these villages. In another village called Ambositra, you will find the Betsileo ethnic tribe who produce woodcraft and silk.
Explore the crowded markets and streets of Antananarivo, Madagascar’s capital. Get lost and be charmed by the maze-like streets, noisy market and the rustic restaurants.

The history of Madagascar dates back 160 million years ago, when the island broke off of the African continent. Since then, it evolved in an insular way, eventually becoming the fourth largest island in the world, about the size of France or Texas. Its immense tropical forests are considered a true Eldorado by researchers and scientists worldwide. Even that of the largest rainforests of South America pales in comparison to the enormous biodiversity of Madagascar’s flora and fauna, which offer a  habitat for some survivors of the Dino era. The fascinating uniqueness of this island, embodied by the following attractions, has led some to class it as the eighth continent of the world. 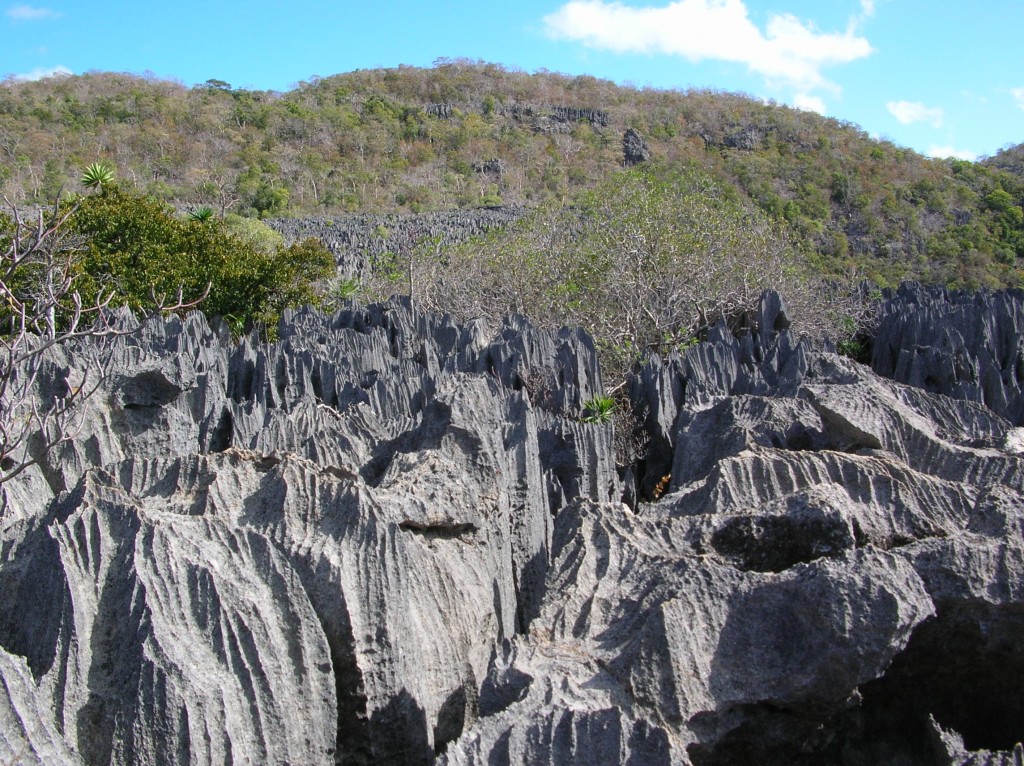 If there was only one place you were allowed to see in Madagascar, make it Tsingy de Bemaraha. It is geology, nature, and wildlife at their best. This unforgiving spiny-pinnacled limestone labyrinth with thick pristine forests serves as a dynamic ecosystem for rare birds, lemurs, reptiles and botanica, giant baobabs and deciduous forests, the rare stump-tailed chameleon.
It is an Eden for hikers and adventurers. Don’t go when your legs can’t be relied upon, though, because they’re the only friend you’ve got in this rocky and spiny mineral forest. Madagascar is vast land, deep forest, and feral wildlife. Your itinerary must contain very few hotel stays and mostly camping adventures. Tsingy is a camper’s haven. It has 3 camping sites – Camp Angap, Camp Manambolo, and Camp Croco – spread out to the north and south. Tsingy means “walking on tiptoes,” so respect nature and don’t disturb the flora, fauna, and natural formations that you find there. Have as many pictures, those are all you can take. Prices in the sites are cheap, facilities are basic but comfortable, and the food and specialties they cook are tasty. Entry fee is USD 12 per day and USD 17 for two days.
Address: 180km North of Morondava

Aside from its lemur species, Parc National de Ranomafana, with well over 98,000 acres of verdant tropical rainforest, boasts of placid brooks that plunge into the Namorona River.  Guided hikes are available from two to four hours, but a nighttime sortie should not be discounted for a chance to scout the Malagasy civet (fanaloka), and the exquisite brown mouse lemur.  To visit the park, permits are compulsory and are available at the Angap office at Ambodiamontana village. The costs for the permit are as follows: USD 12 for 1 day, USD 17 for 2 days, USD 18 for 3 days, and USD 22.50 for 4 days.
Address: Central Madagascar

One of the dazzling regions in Madagascar is the Parc National de L’Isalo.  It is located on the flat verdant plains of the Hauts Plateaux near Ranohira.  Surrounded by an array of imposing sandstone ridges majestically sculpted by wind and water eons ago into deep canyons and rugged hillsides and cliffs, it is a perfect getaway for overnight treks.  The cold weather from April to October offers the best time to commune with the awesome works of nature.  The ancient Sakalava people of this region used to bury their dead in caves or hollows high up on sheer cliff walls.  Park fees depend on the length of each trek ranging from one to seven days where all trails begin and end in Ranohira.  Take note that official guides are compulsory for visits to the park.  Permits can be secured at the Angap office on Ranohira from USD 12 to USD 17 per person per day.
Address: South Madagascar