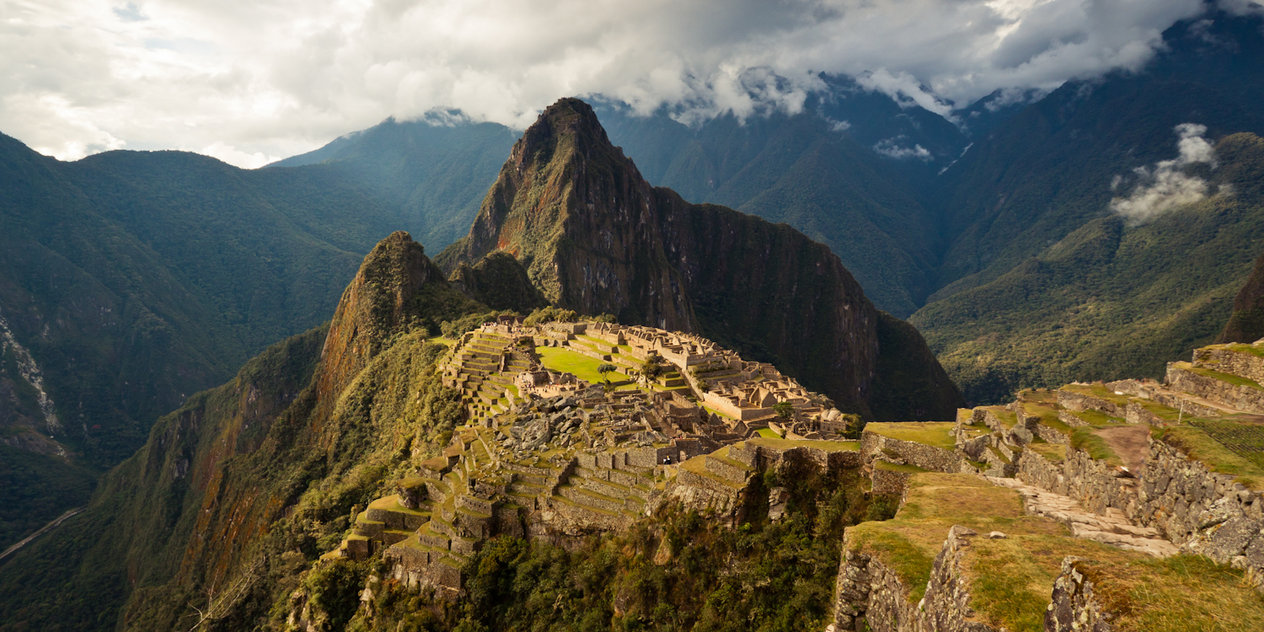 Machu Picchu is the site of well-preserved ruins of a 15th-century city hidden deep within the Amazonian jungle. It is the cradle of Inca civilization, sitting on a 2,430-m plateau in the Cusco Region of Peru, South America. What has remained of it continues to be a mystery of great engineering feat by modern-day standards. Machu Picchu speaks well of sheer Peruvian–Incan– ingenuity and resourcefulness, which were magnified when they barely had any resource with which to build this grandiose manmade wonder.

Be among the 5,000 visitors to experience Machu Picchu firsthand every day. As you trek through its roads, you’ll learn that there’s so much more to it that will surely tug at your heartstrings.

Getting to Machu Picchu

The massive Inca citadel was built with mortar-free fitted cut stone that has stayed intact after more than six centuries. To get to Peru’s most-visited site, a traveler can catch a train from Cusco. Another option would be to take an exciting trek on foot via the legendary Inca Trail through the deep Andean gullies and enjoy breathtaking sceneries!  In order to get into the ruins, you will have to buy your ticket.  You can try buying entry tickets via the official website http://machupicchu.gob.pe; however, many travelers have had trouble using their credit cards to purchase tickets. Thus, a great option is to wait until you get to Aguas Calientes and buy the tickets from the office a day before. Remember, tickets are not sold at the gates so you must buy them beforehand—and they are limited to 2,500 tickets per day.  The ticket will cost you around USD 50.

Peru’s climate constantly varies from hot to cold temperatures and from wet to dry seasons. The months of November until March are the warmest months and would be ideal for an adventure into Machu Picchu. However, this also happens to coincide with the wet season, which is not good for trekking. The dry season from May to October, which is cooler but sunny are the best time for visiting the site. This promises pleasantly cold nights and sunny days and is, indubitably, the perfect time to explore one of the Seven Wonders of the World, this part of the hemisphere.

The dry months are from May to October. This period ushers in the peak season for travelers eager to visit Machu Picchu and her magnificent structures. These are the best months but, even during these dry months, heavy fog and rain may still be encountered while up in the mountains. Wet season begins in November way up to March. These are also the warmest months, but the Inca trail would be mostly closed to tourists as rains could be so heavy and could persist for weeks on end. The season also gives way for the upkeep of the Inca trail routes to ensure safe passage for the ensuing tourist season. 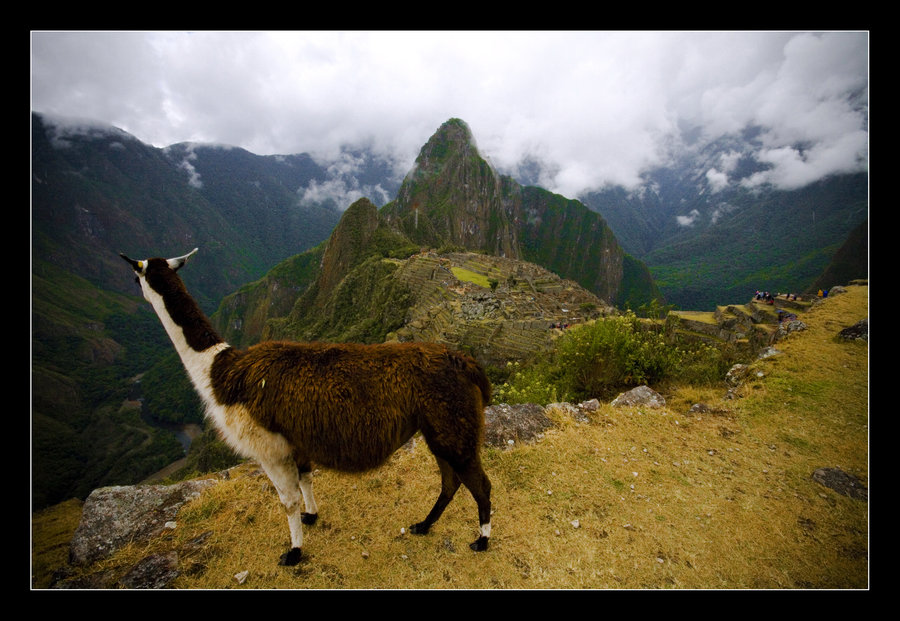 An adventure to Machu Picchu commonly sends the impression that the trip will solely be about witnessing the lost city of the Inca. It is a less-known fact that there are other destinations in Machu Picchu that will be as interesting as the main destination. Here are some of the other highlights of Machu Picchu.

The ruins remain the top attraction in Machu Picchu because it is like no other in the world. It pays homage to the Inca people who, six centuries ago and situated in the middle of a wild and dense jungle, did not have the technology of today but were able construct a superstructure. Marvel at their ingenuity at erecting a complex multi-leveled structure of towers, chambers, sundial, granaries, an amphitheater, and meeting rooms. Today, it is a solemn reminder of how man can make full use of his natural faculties, exploring and not destroying his environs. Tickets will cost USD 52.

Exploring Machu Picchu is really for the physically fit. It is opposite Huayna Picchu and is a 4-hour trek. The narrow path was constructed by the Inca and weaves a climber through lush forests. Bring water and food, and take time to admire the whole Machu Picchu archaeological jewel, the neighboring peaks, and the whole valley. The Sun Gate, where the Inca Trail enters the site, can also be seen from this vantage point. The admission fee for both the Machu Picchu site and mountain is USD 57. Take note that all climbs have specified time and the number of visitors are regulated.

At the back of the ruins looms Huayna Picchu (also called Wayna Picchu). The ascent is steeper than the Machu Picchu Mountain. It sends a climber gasping for wind. It passes through a brief tunnel before it presents its fabulous view of the ruins. The cave of the Temple of the Moon is on this peak and a climber has the option to visit it, but it involves a Cliffside ladder so it is not for everyone. The tickets are sold at USD 61 to cover for entrance to the ruins and a climb to Huayna Picchu.

If the hike up Huayna becomes more than bearable, there is an easier option when a climber reaches almost halfway Huayna. There is a split and a sign that points to Huchuy Picchu. The view from here is different but equally magnificent. While this is a shorter route, the last stretch involves climbing with the use of a rope. So before taking the obviously easier route, think again. The ticket is the same one paid for Huayna.

At about 1.5 kilometers from Aguas Calientes, and before reaching the site, there is a museum called Machu Picchu Museum. It houses a collection which is seldom seen by visitors. The ticket costs USD60, which covers entrance to the museum and the site of the ruins.

6) Temple of the Sun

There is a temple at the main grounds of Machu Picchu, past the residential and the nobility districts. It is shaped like the letter P and features a seamless rounded tower that has a high window. The temple was built and dedicated to the Sun god, Inti. A stream of sunlight peculiarly aligns with this window at a particular hour in the winter solstice in June. It can be seen from the outside because entry is not allowed. There are no admission fees to the temples as they are part of the site of the ruins.

This is a temple that looks down on the Urubamba Gorge and far to the snow-capped mountains through its three craftily-carved trapezoidal windows, hence, the name.

10) Temple of the Condor 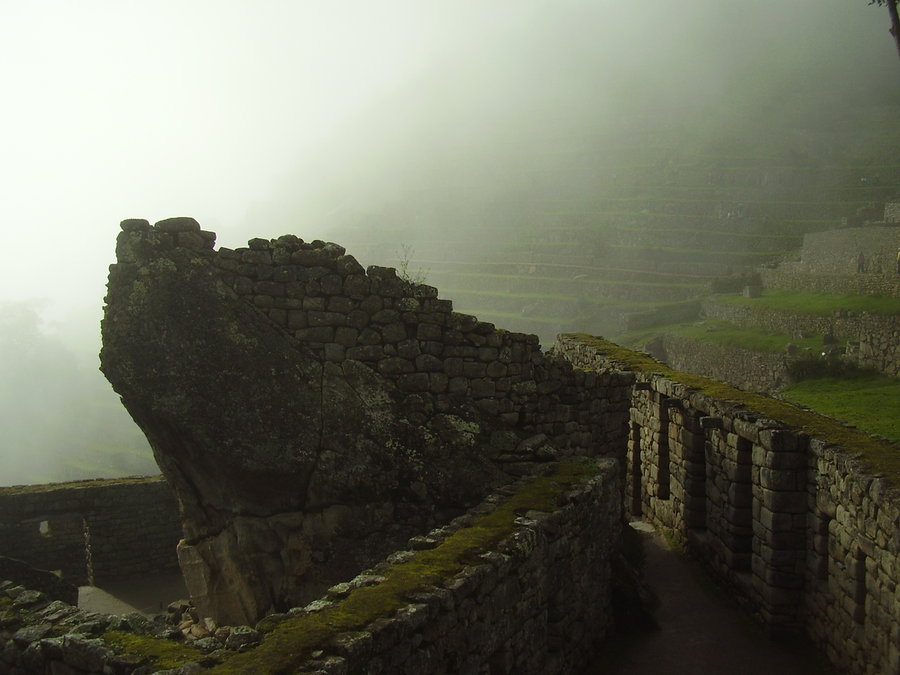 This Temple highlights the image of the majestic condor with sculpted rock. Condors, with their expansive wings, are often seen soaring in the skies over Andes. Condors were believed to have inhabited the place with the Inca.

Up on several flights of stair in the Sacred Plaza is a rock-carved and shaped like Huayna Picchu. It is called Hitching Post of the Sun, or Intihuatana. It bears resemblance to a sundial and was used as a tool to function like the astronomical calendar.

12) Caretaker’s Hut and the Sun Gate

The Caretaker’s Hut is above the main grounds. Access to it is from the entrance of the ruins through a narrow path on the left. The Hut offers the climber another spectacular view. The Sun Gate, or Intipunku, is a little farther up. It is where the Inca Trail takes a trekker into the Machu Picchu.