Kevin Richardson is a South African zookeeper who has worked extensively with native animals of the African wild.  But he’s not just any zookeeper.  He is also what you would call a lion whisperer.  Yes, he communicates with lions. In this video sponsored by GoPro, we get to see what happens when a lion whisperer comes face to face and attempts to hug a lion.  Prepared to be awed and shocked.

Kevin trusts the lion and his abilities enough to put his hand in a lion’s mouth.

Here is a picture of Kevin swimming with one of them.  No big deal. 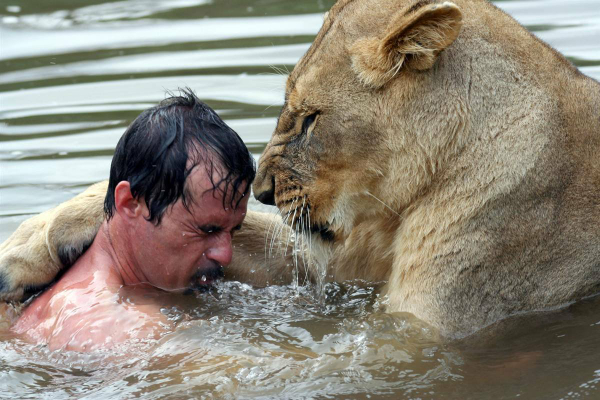 As you can see, lions also have a gentler side.  There is a mutual admiration between Kevin Richardson and the lions.

Watch the video below to see what exactly happens when Kevin tries to hug the lion.