Welcome to Churchill, where the beauty of nature blossoms and prevails amid extreme weather conditions. Catch a glimpse of polar bears in their natural habitat; the medley of colors from the Aurora borealis (Northern Lights); the high-pitched whistling of beluga whales (also fondly called “sea canaries”); and the rare gulls, wrens, and falcons of the taiga and tundra biomes.

What Churchill lacks in size, it makes up with the diversity of its landscape– with over 400 plant species in its southern boreal forests and sustaining life for polar mammals and birds in its northern Arctic tundra. This seemingly frigid place is rather filled with warm, cozy allure that anyone seeking a one-of-a-kind holiday destination will find it hard to resist.

Churchill in a Nutshell 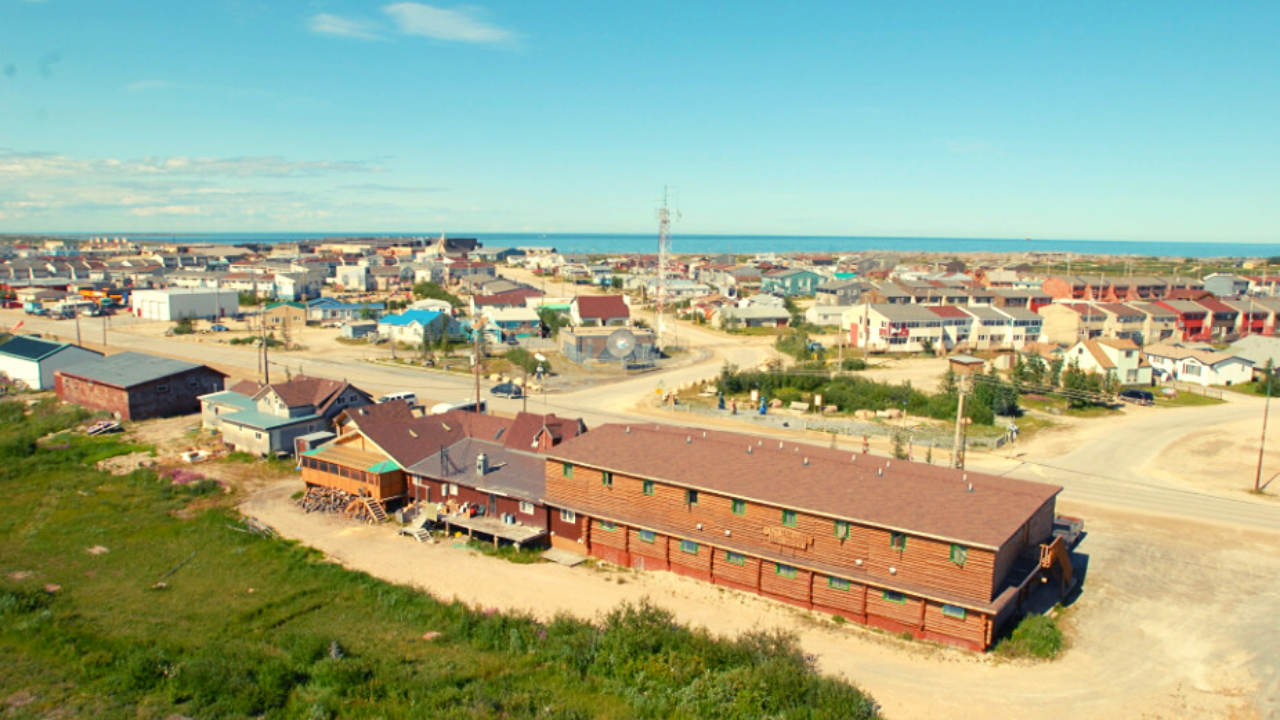 This hauntingly beautiful town sits on the western part of Hudson Bay in Manitoba, Canada. It started as an outpost for a seaport and a military community in 1920. It is now famous by its nicknames “the Polar Bear Capital of the World”, “the World’s Beluga Hotspot,” “Birders’ Paradise,” and one of the “Top Three Places on the Planet to Watch Aurora Borealis.” 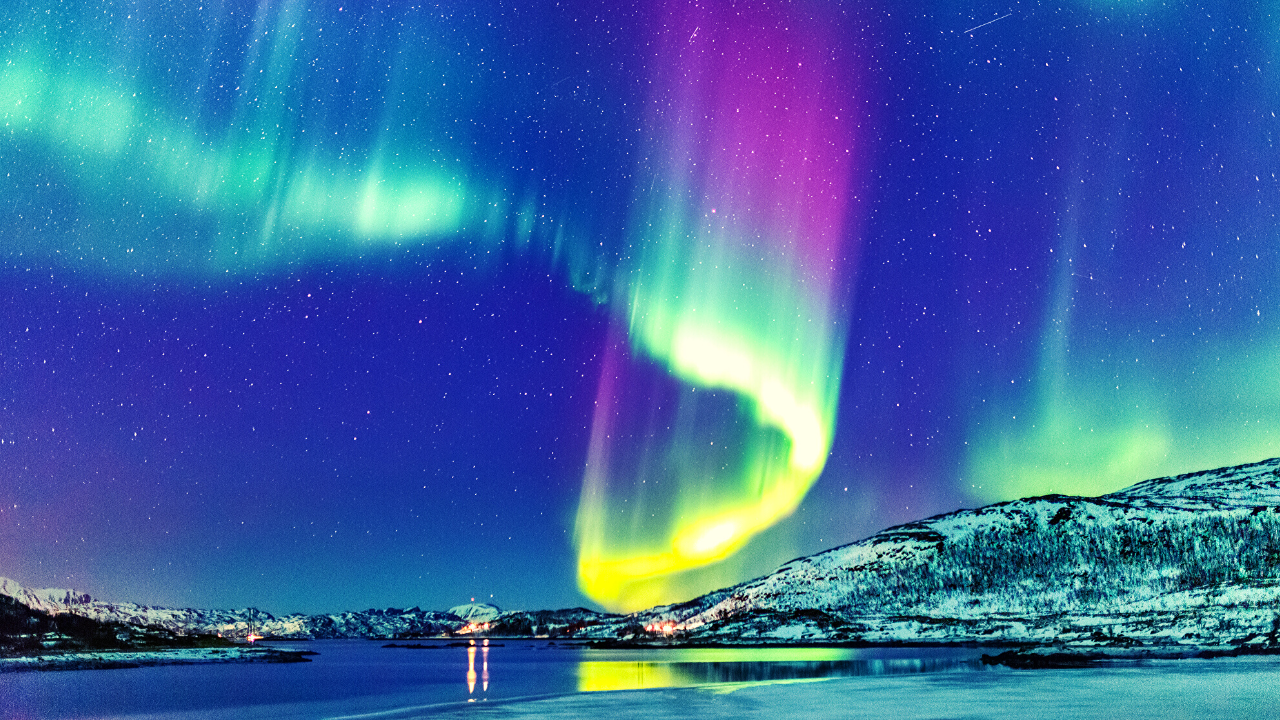 Autumn is the ideal time to explore the northern paradise of Churchill. Autumn is when polar bears start moving back to the tundra, and it is the prime time to observe the Aurora borealis (also known as the northern lights). Keep in mind that since autumn allows for the best exploration conditions, it is normally the busiest season, too. It is wise to book hotel accommodations and other services to assure your convenience. During summer, polar bears aren’t as easy to find. When you happen to be in Churchill in summer, though, cheer up because it’s an opportune time to plunge into the sea and observe beluga whales and hear their unusual vocalization.

Walking is energizing and pleasant, and it is great for getting around town especially during autumn. For seeing the whales, polar bears, and other sights, the best option would be to go on a day tour with a licensed agency. Taxis and car rentals are readily available for exploring the cultural sites in the outskirts.

The community is occupied by only over 1,000 residents, with tourists twice that number. Because of its remoteness, the residents depend on high-speed internet and modern technology for connectivity and accessibility. While the ice-glazed terrain feels stark and devoid of usual modern entertainment, you will be filled with a lot of things to do. 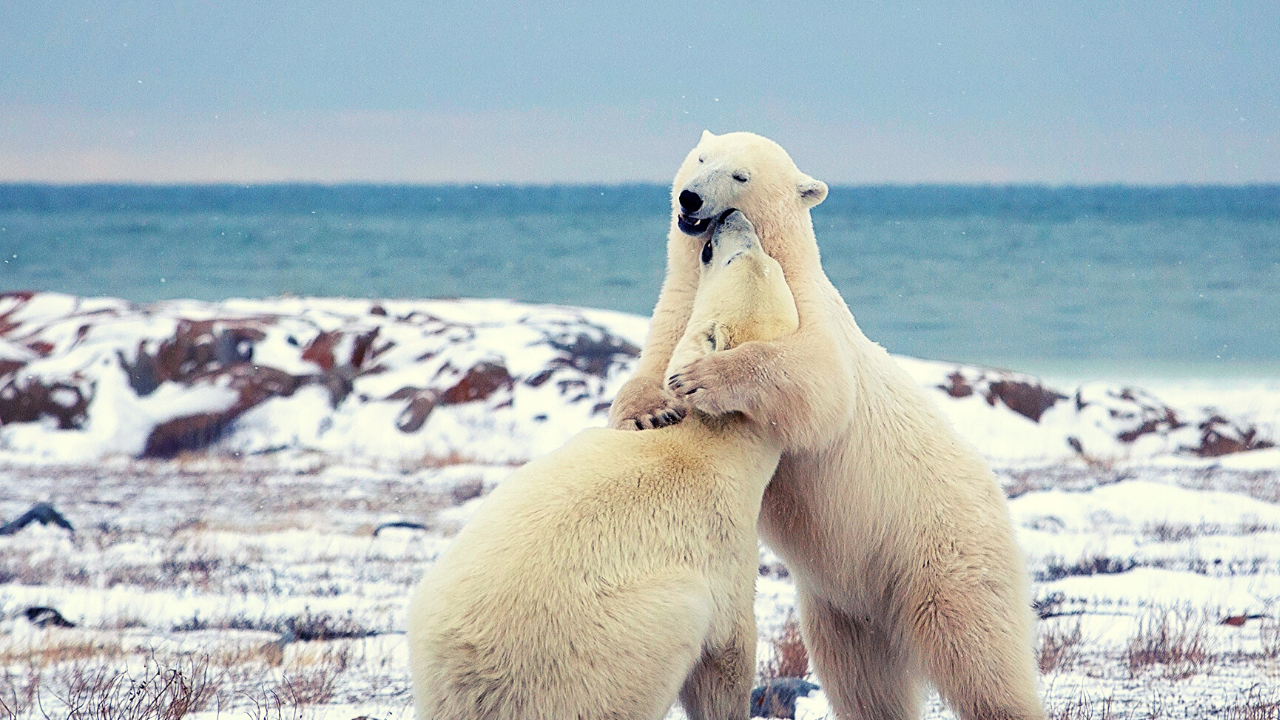 The home of the Inuit is also home of the polar bears. During October and November these creatures return from the tundra, where they live during the summer to avoid the warmer months. However, polar bears can be found throughout the year, though varying in quantity. Tundra vehicles will take you on a tour, gliding easily and safely on the ice, and protecting tourists whilst allowing them to be within inches from the bears. Many agencies offer these tours and are easy to find. There are also several fenced lodges on the areas frequented by the polar bears and the burly mammals amble by quite often to greet you from your window. 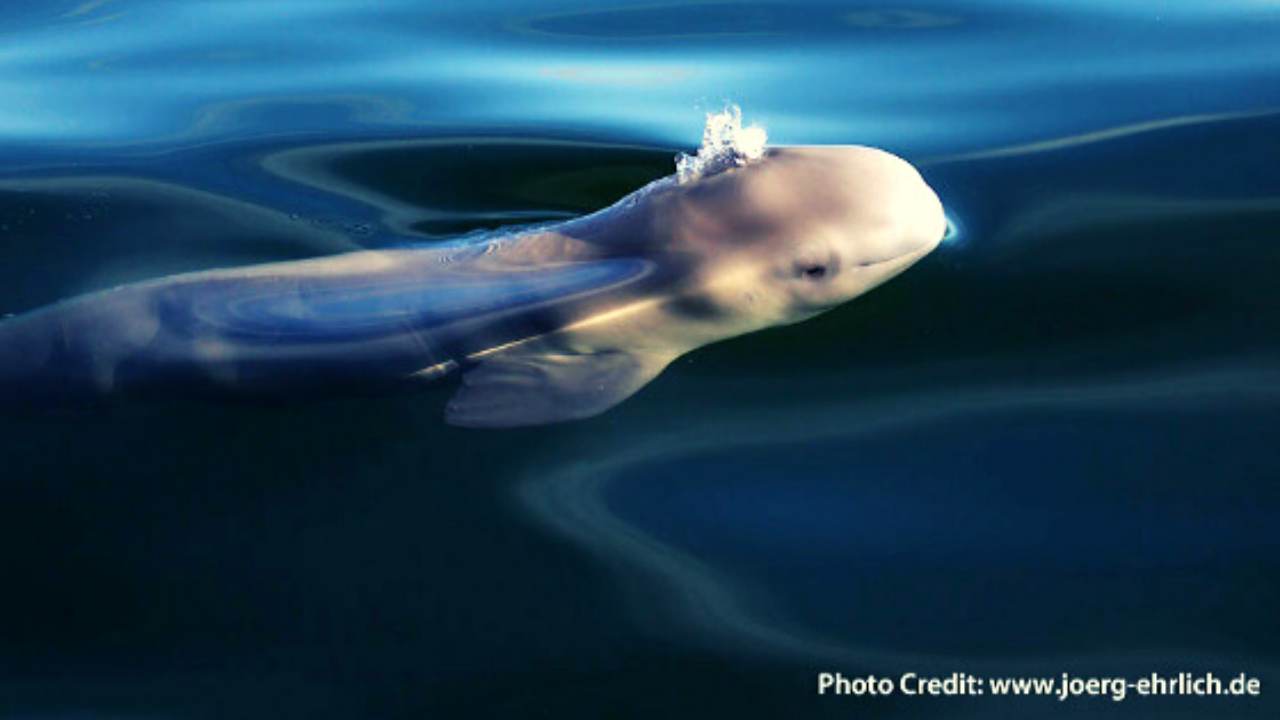 The beluga whales charm tourists with their harmonious noises.  During the summer, the whales flock to shore for warmer waters once the ice is gone. You can take an inflatable zodiac, a large boat, or a kayak to reach the whales. Tourist boats have special equipment to listen to the whales’ unusual high-pitched notes. The more adventurous can even snorkel and swim with the friendly creatures. 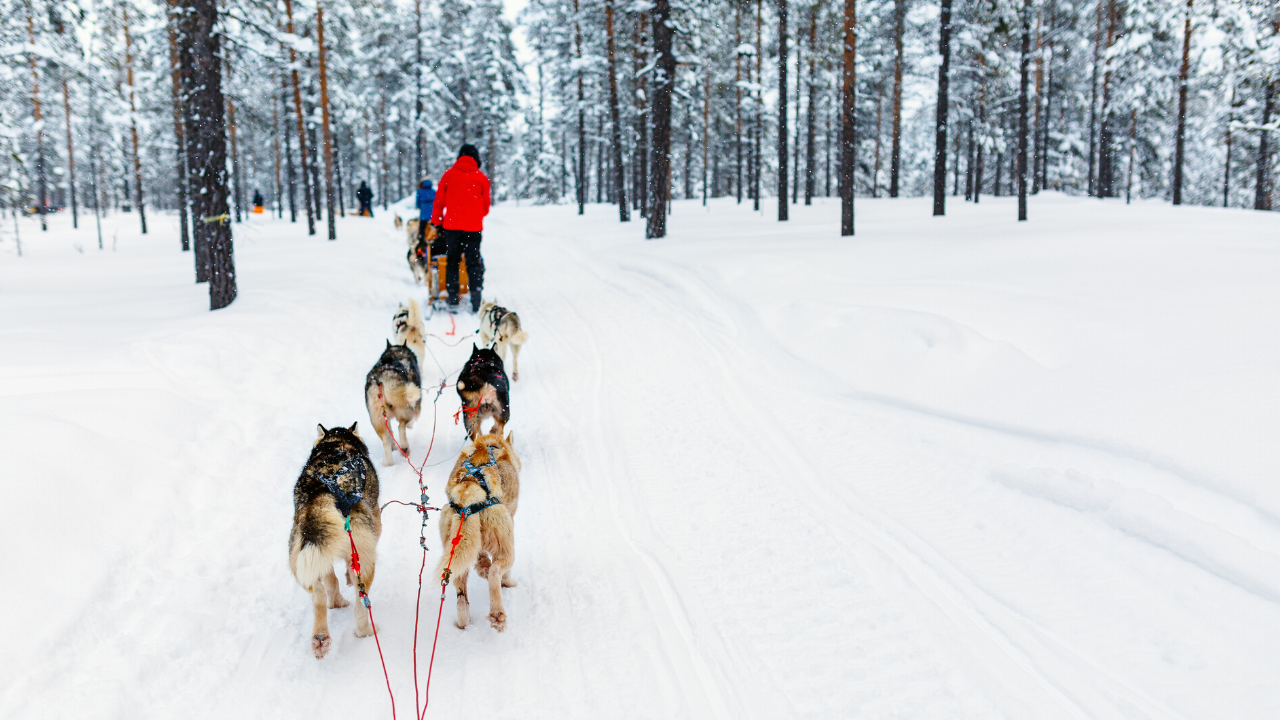 Hold on tight as you speed through Churchill’s icy terrain with your sleek pack of dogs. Dog sledding is considered as one of the signature activities this part of northern Canada.

4) Be in Awe with the Spectacular Northern Lights

Can’t miss and shouldn’t miss nature’s grand version of fireworks, called the Aurora borealis phenomenon. See the eerie glow emitted by a kaleidoscope of lights and colors. Churchill is one of the best places on the planet to observe this resplendent spectacle.

5) Flock Where the Birds Are 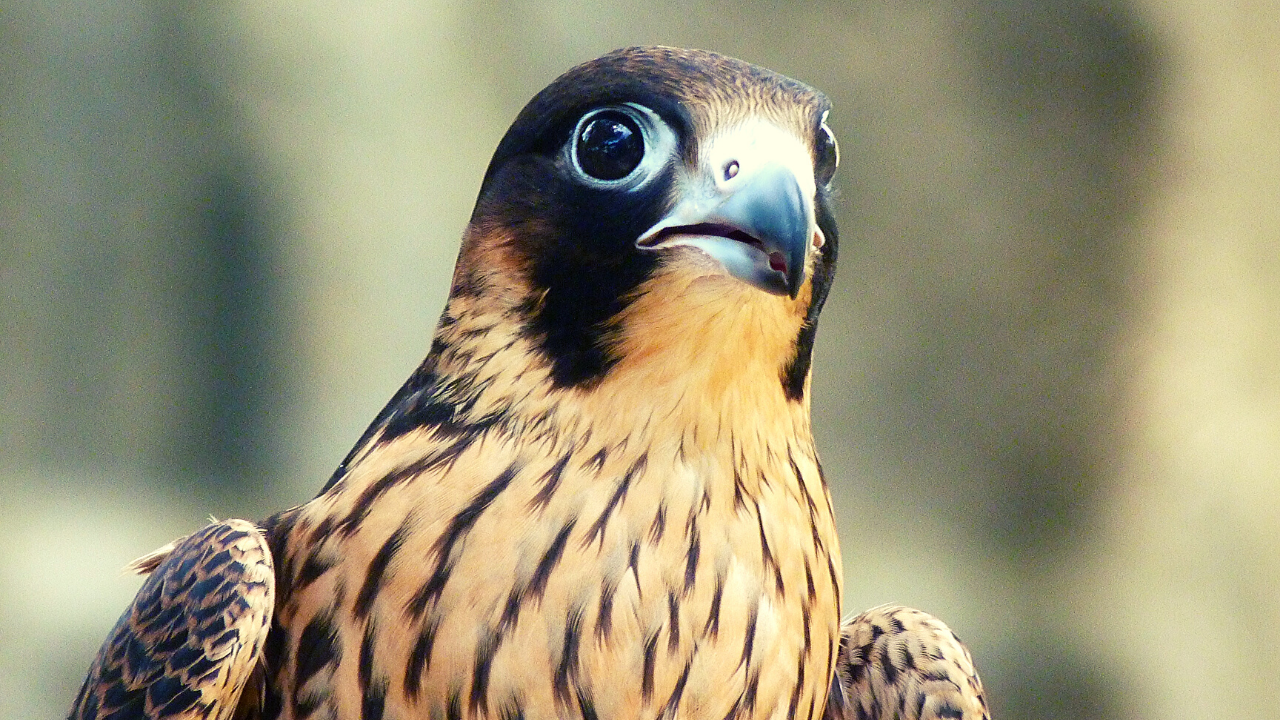 Churchill is a birdwatcher’s paradise. Over 250 species of birds find Churchill as a stopover during their annual exodus. The following species were spotted in the tundra and taiga regions: Gyrfalcons, Peregrine falcons and other hawks, tundra swans, willow ptarmigans, Harlequin ducks, the rare Ross’ gull, snowy owls, rock wrens, and little gulls.

The stark beauty of this icy land is best seen in the light of its history, natural reserves, landscapes, its resident animals, and sought-for natural phenomena. Below are various places to visit and spectacles to observe. 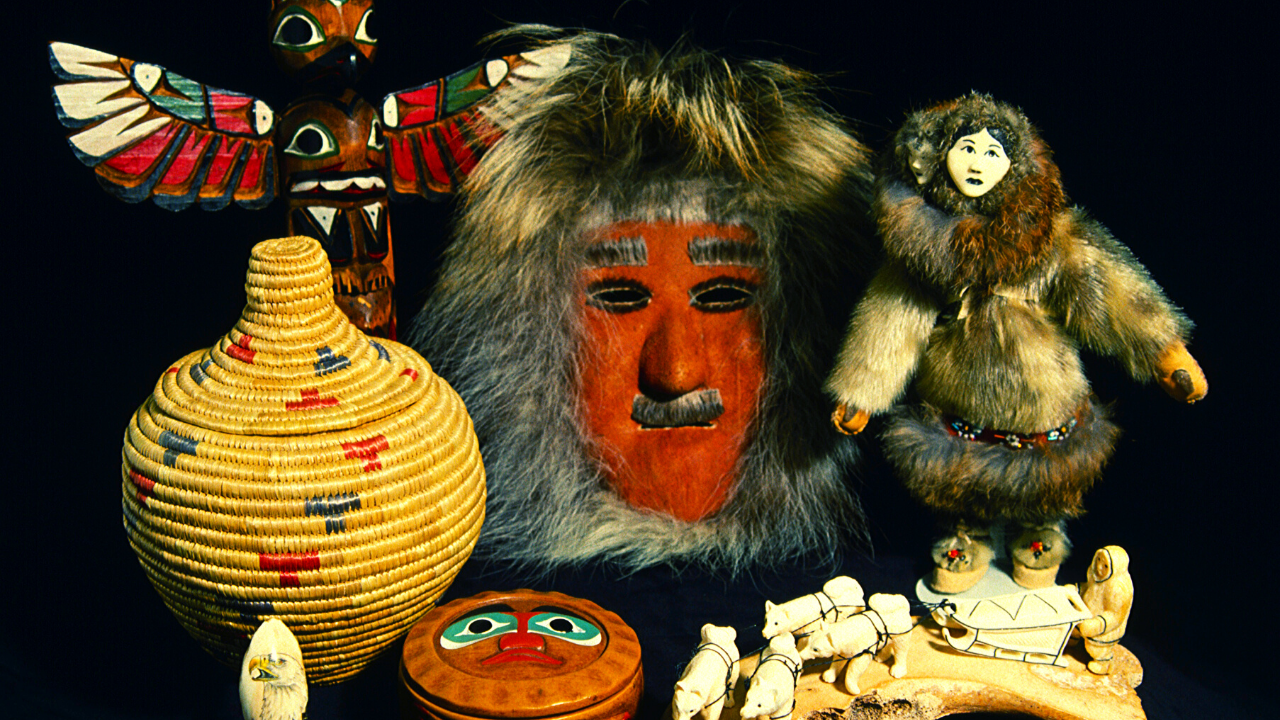 The Eskimo Museum is a showcase of everyday life in the north. A museum staff will guide you through each historical piece and artifact. There are hide-covered kayaks, stuffed polar bear, hundreds of carvings, harpoons, narwhal horns, and tools of every shape and purpose. Around the building is a little souvenir shop selling unusual gifts to bring back home, including Churchill’s Northern books. A visit to the museum usually takes up 2 hours. Visitors can make a donation at a suggested amount of USD2. 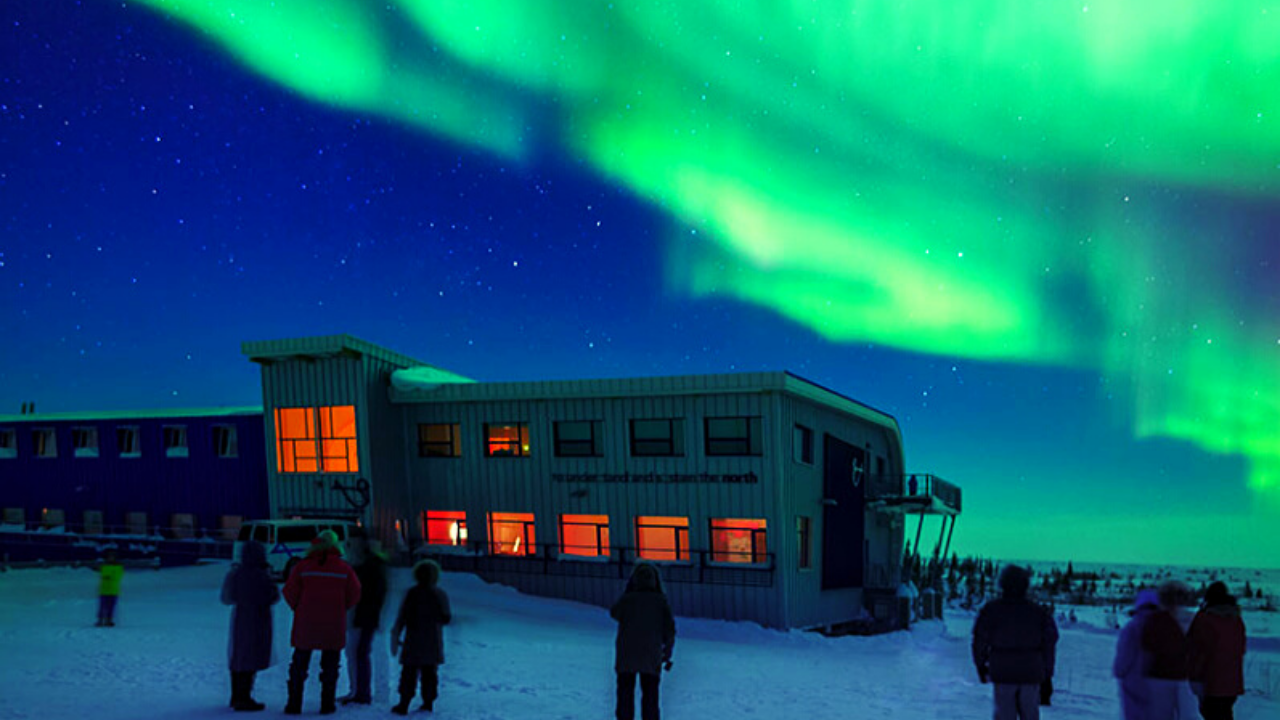 Have fun while you learn at Churchill Northern Studies Centre. Scientists and researchers lead fun and learning activities, such as observing the northern lights, exploring the Arctic surroundings, bird-whale-or-beluga watching, and surviving the harsh winter. The center hosts speakers frequently, providing insights on a variety of topics. The center also holds learning vacations every year providing food, activities, expeditions, lectures and trips to the main attractions. The fee for the learning vacation is used to fund research – a nice way of returning to nature what you enjoyed from it. 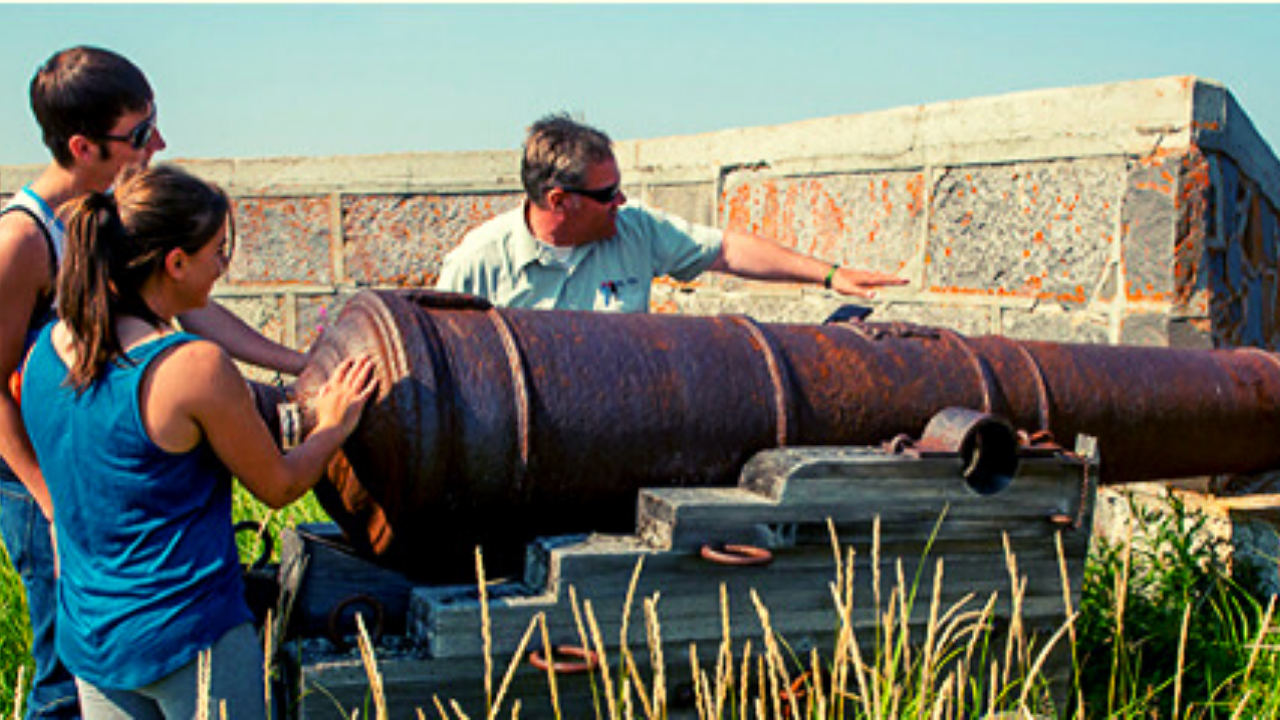 The Prince of Wales Fort is an imposing star-shaped fortress, which took 40 years to build. It was originally built in the 1700s as an attempt to control fur trade. The fortress’ guides will retell what occurred in the past and the importance of fur trade in the region. The tour is administered by Parks Canada, along with two other historic and cultural sites. The entry fee for the combined sites is USD7.80 (updated 2020). 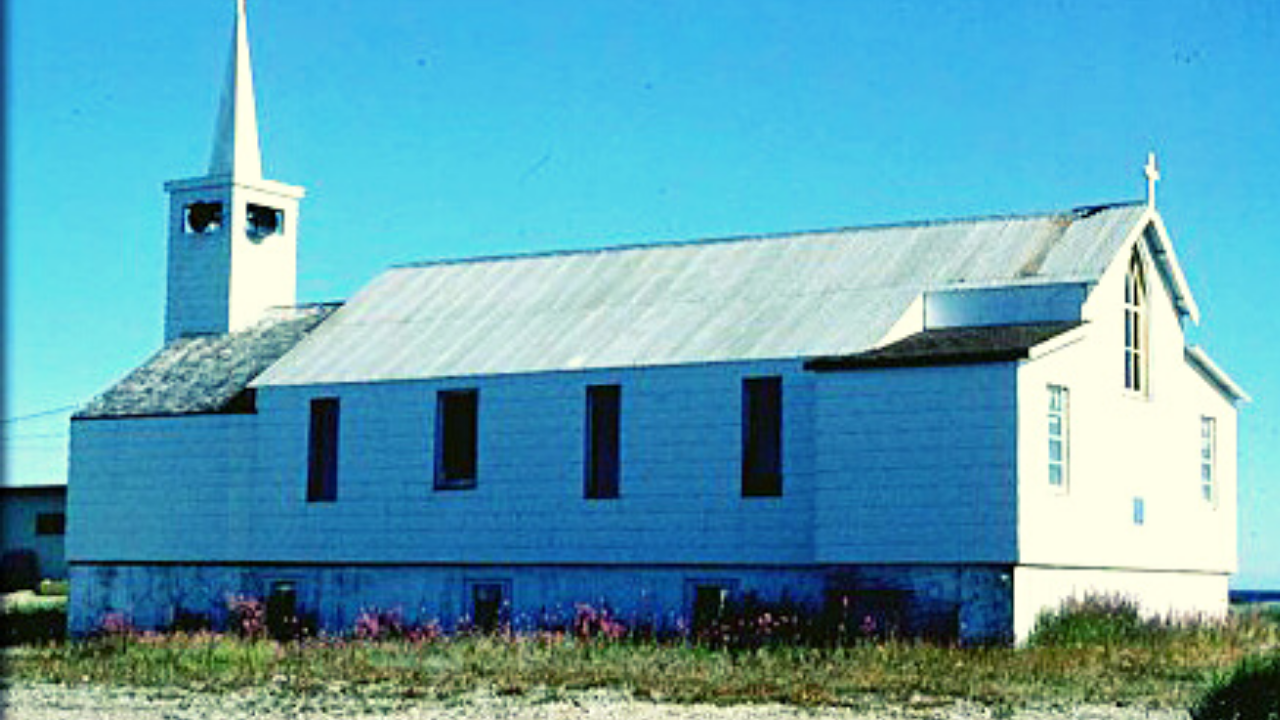 St. Paul’s is the oldest church and one of the most important architectural and historical sites in the North. It is the first prefabricated church in North America, with assembled parts brought from England. You have to see it from the inside, as the light filters through the stained-glass windows, to fully appreciate its breathtaking grandeur. The church is located at the riverbank. 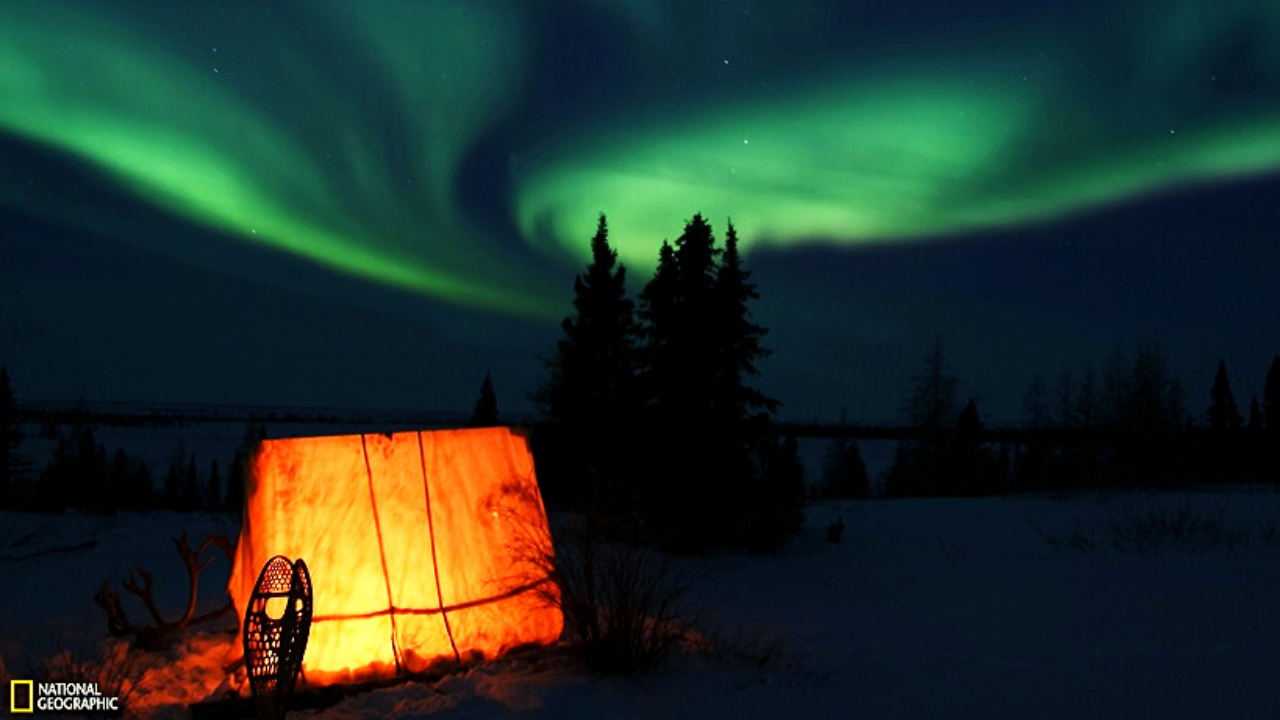 Wapusk means “white bear” in Cree. The enormous park is home and breeding ground to many polar bears and several species of birds. Churchill is one of the two entry points to Wapusk National Park and your best bet for exploration is to take a guided tour. You can take tundra vehicles or lodge at Cape Churchill to observe polar bears up close. You can also take a helicopter ride for aerial tours over the national park.  Wapusk National Park is also a great location to see the Northern Lights (Aurora Borealis).

There are not too many places to dine in Churchill, so have no qualms about getting hungry. Like other products and services in Churchill, food is not as commercialized as they are in large metros– but just as delicious and as delightful to the palate.  Most hotels serve international and traditional cuisines. Traditional northern dishes are also available in restaurants and food outlets around the small town. 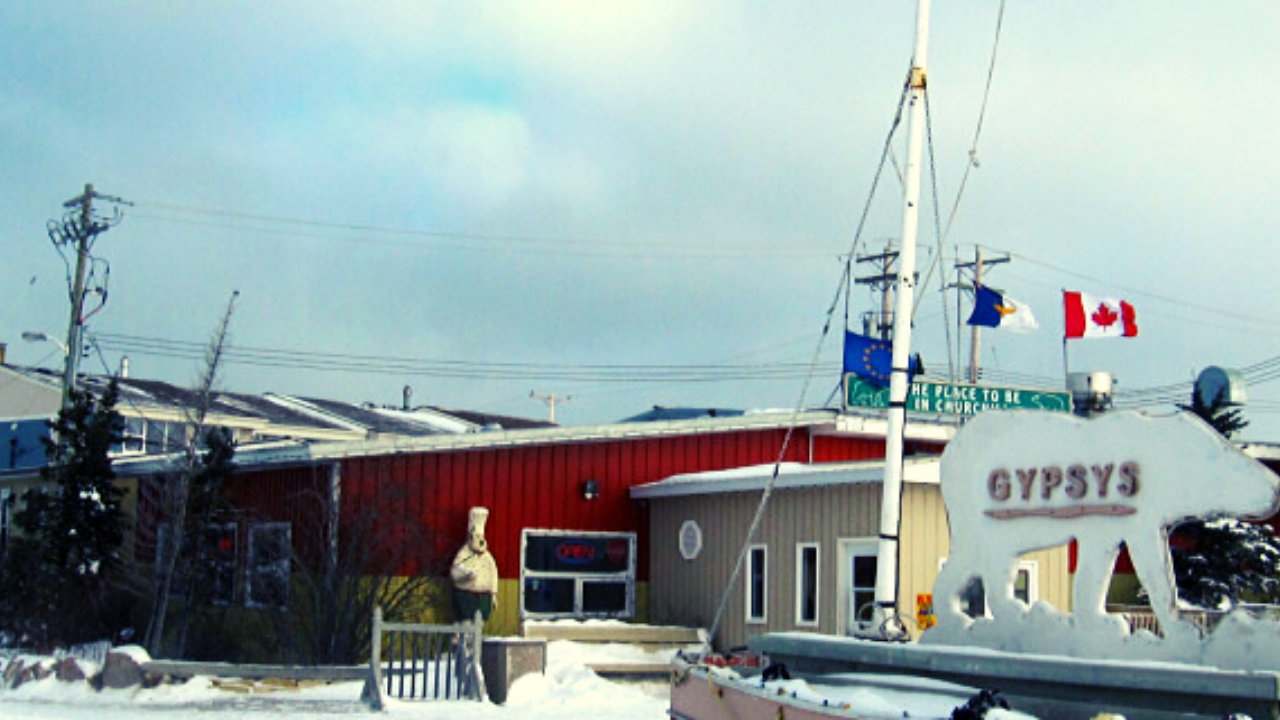 This is a favorite spot for dining in Churchill. Gypsy’s Bakery and Restaurant specializes in French cuisine. They serve reasonably priced items – from baked goods to French wine. Order homemade pizzas, cinnamon buns and desserts and have these delivered to your hotel room. Make sure to try their specialty, the Nanaimo Bars. Price ranges from USD7 to USD25. 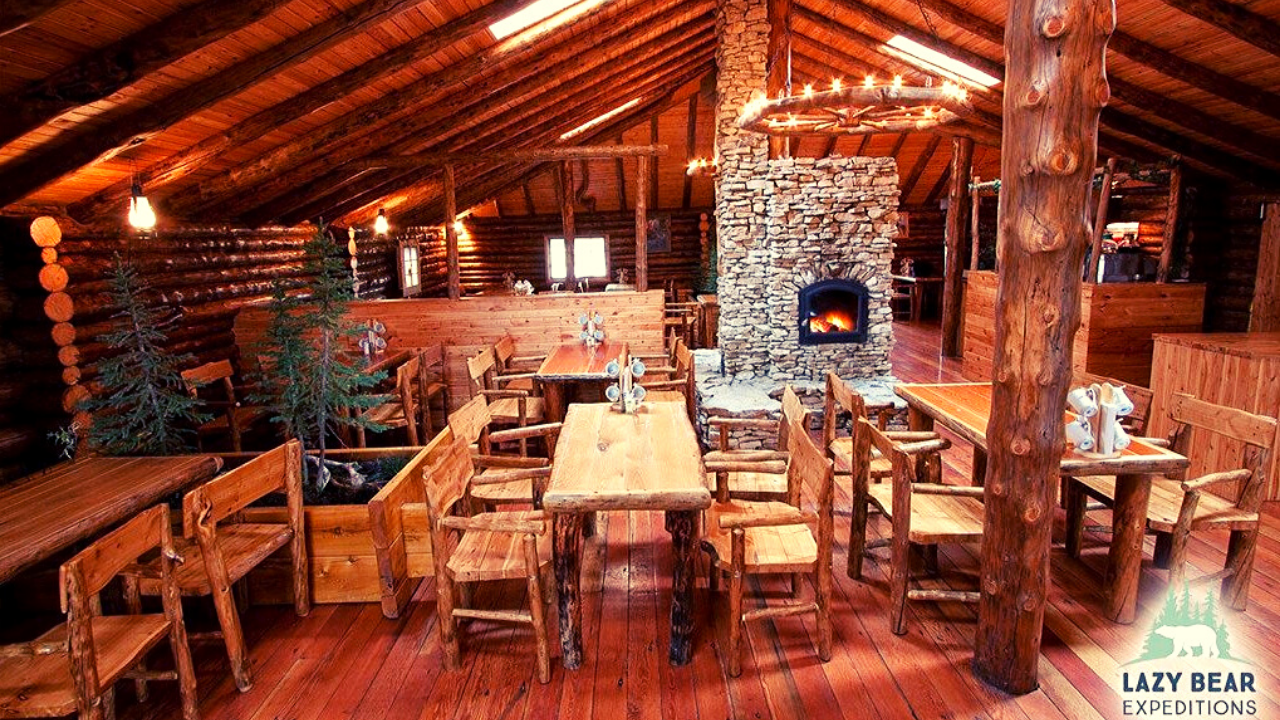 Snuggle near the fireplace in Lazy Bear Café, located in Lazy Bear Lodge. Order your meal of succulent local dishes and milkshakes from their menu of authentic northern cuisine, while you admire the log-built furniture and northern decors under dimmed lights. Price ranges from USD8 to USD25. 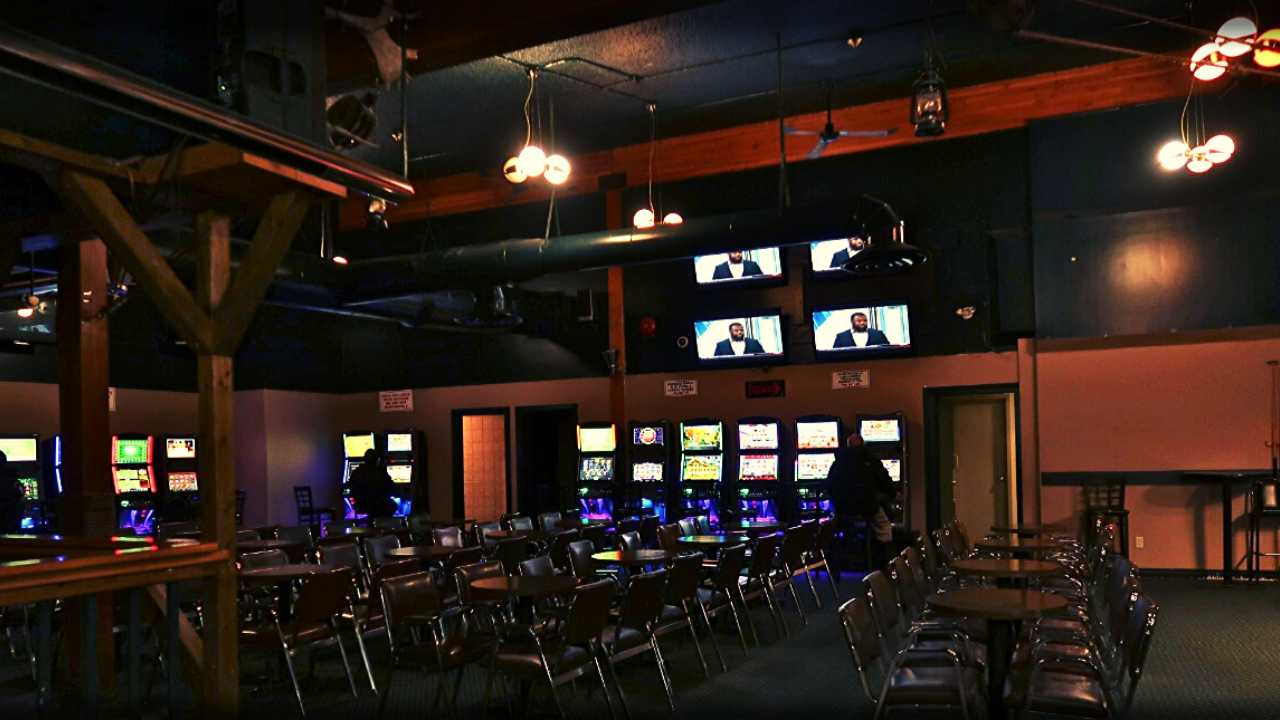 Tundra Inn (located at the Tundra Inn hotel) is the place where people come to have a pint of beer and try out regional food. The restaurant/pub is only open for dinner, and only operates from June to November. There is usually a live entertainment every Friday. 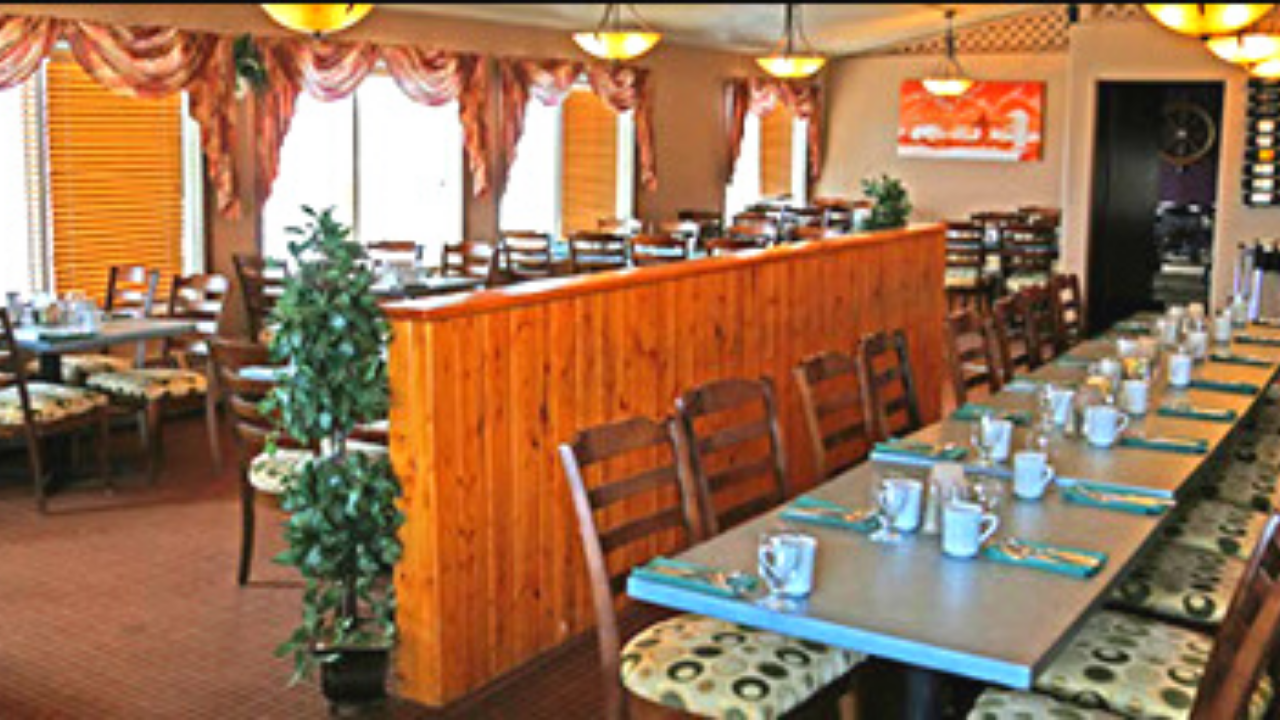 The Reef Dining Room is located at the Seaport Hotel. Its classic northern meals and warm cozy ambiance set the place apart from the other options in town. Steaks are a must when dining at The Reef! The meals are served in big portions and the décor is classy. 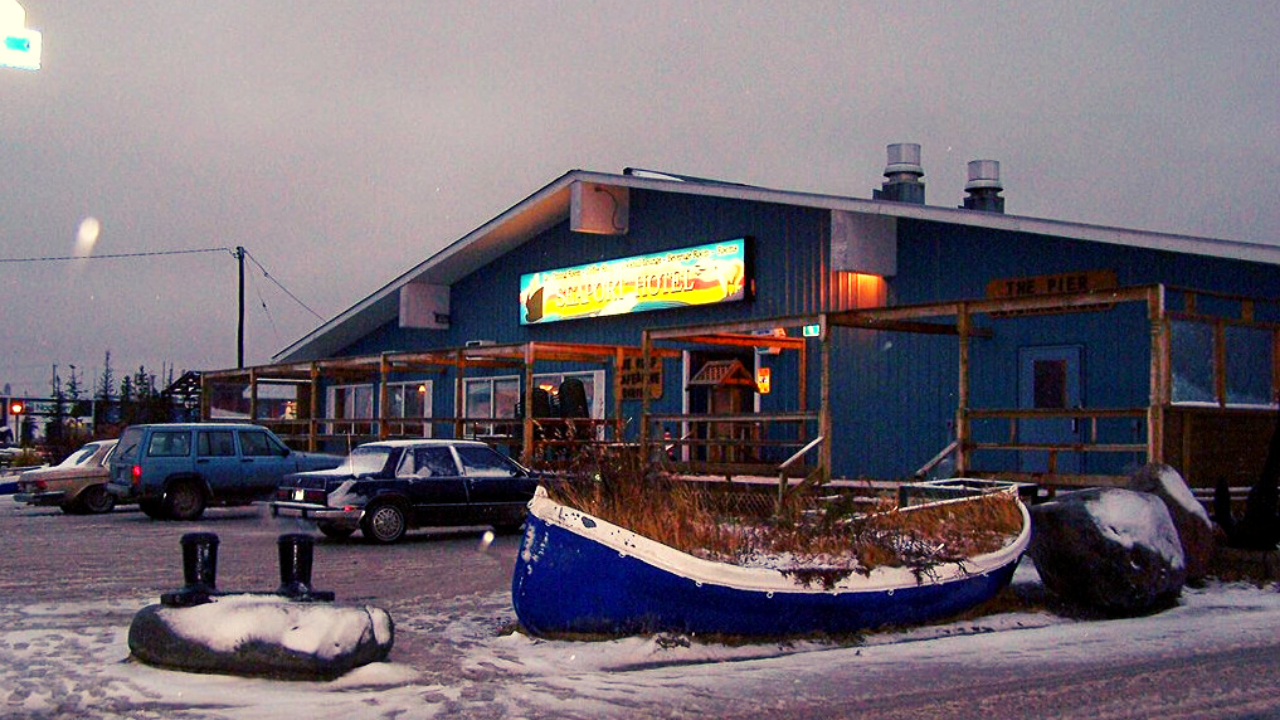 This bar is attached to Seaport’s Hotel and it is a favorite among younger people. Food price starts from USD7.

Churchill counts on several lodges and hotels to make tourists and visitors comfortable throughout their stay up north. The traditional northern hotels, hostels, inns and lodges are ideal for a cozy snuggle after a cold day out in the Arctic wild. 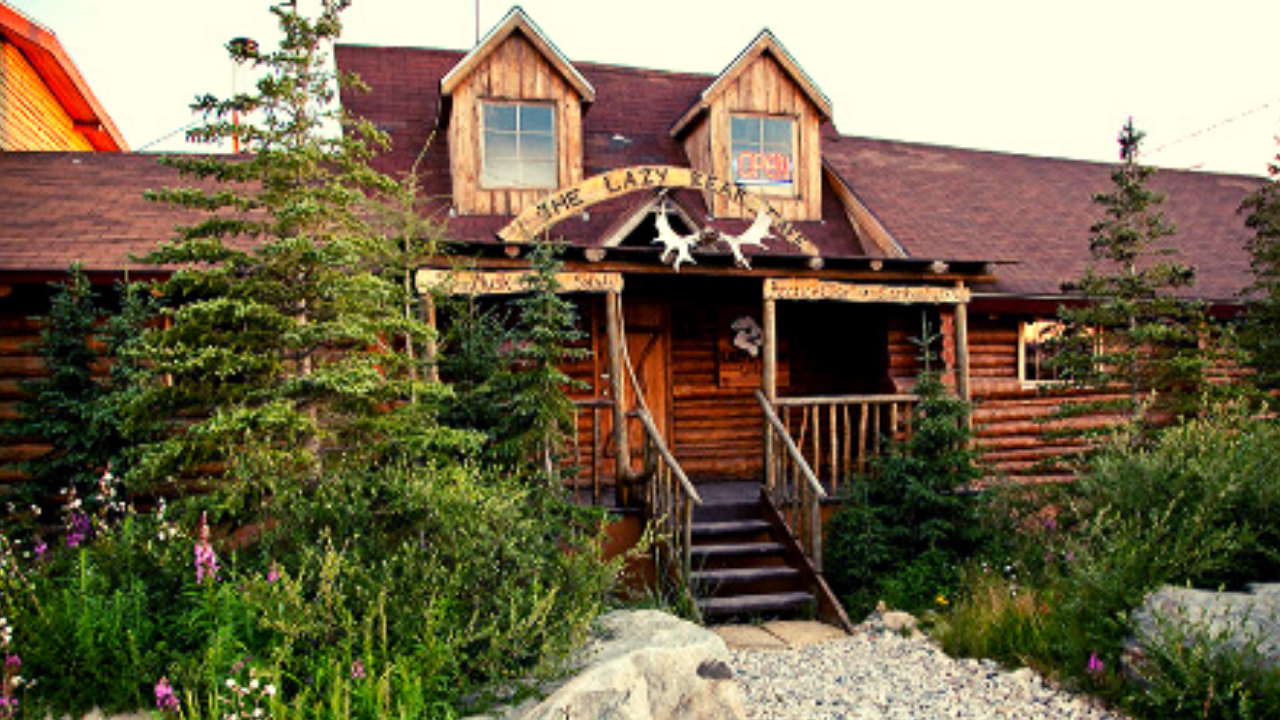 This log-constructed lodge is frequented by tourists, who instantly fall in love with its homey lounge by the fireplace. There are 33 rooms available, which offer comfortable living options while you explore the Arctic. The lodge has its own restaurant that has become a popular dining option in town and also offers coffee and snacks throughout the day. Overall, the hotel has its own “out in the wild” charm. The rate per night is USD150. 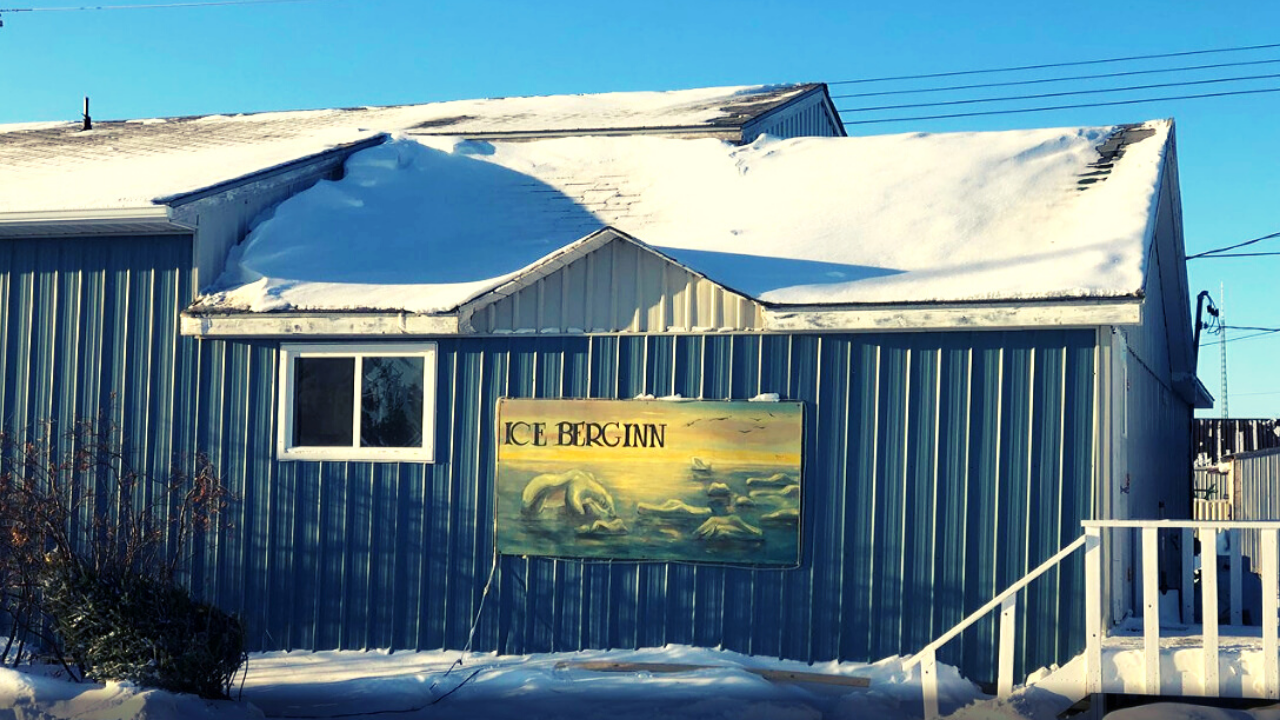 Iceberg Inn is clean and pleasant with very helpful staff. The rooms provide basic facilities needed for a comfortable stay. The rate per night is USD100. 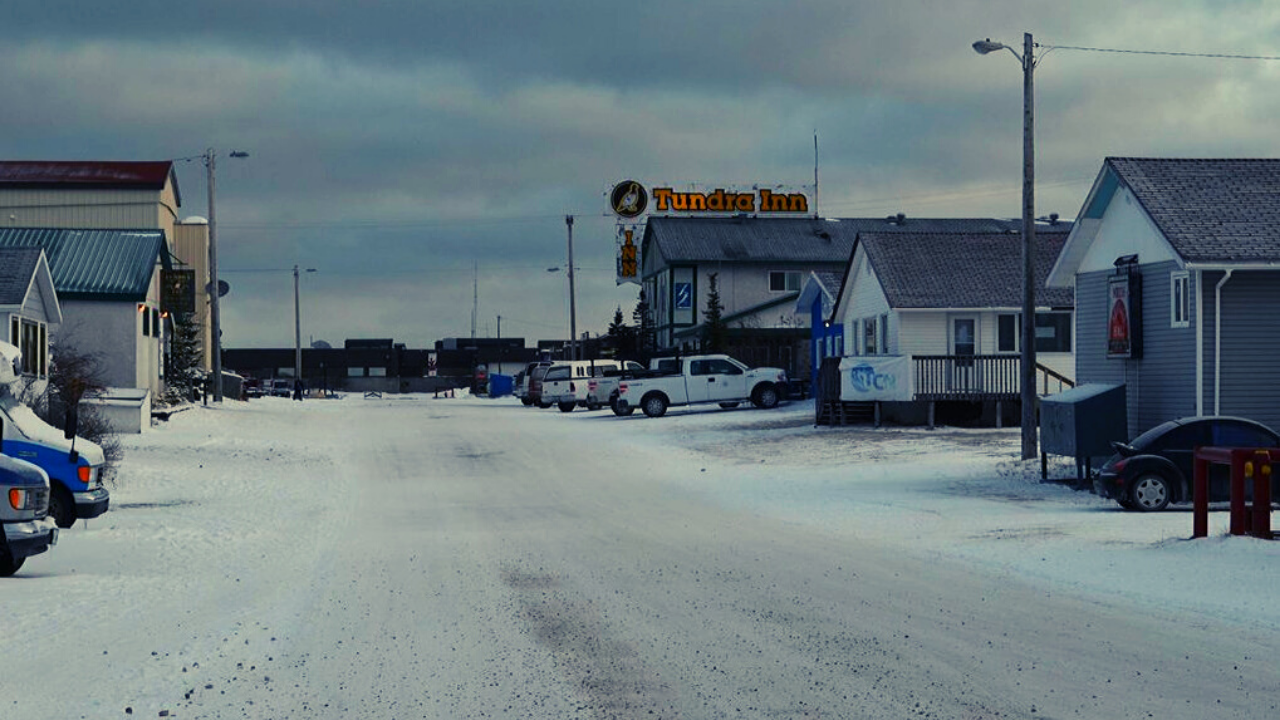 The Tundra Inn offers cozy comfortable rooms in a family setting. Staff will help you plan out your day, offering tours and options to help you get started in the right direction. Laundry machines and dryers are available for guests at no extra charge and the lobby has comfortable couches and computers with internet access. The inn is practical and comfortable with its own restaurant, pub and adjoining kitchen. It is located near the University College of the North, Eskimo Museum and the Fort of the Prince of Wales. The nightly rate ranges from USD120. Closed effective September 2018 (updated 2020) 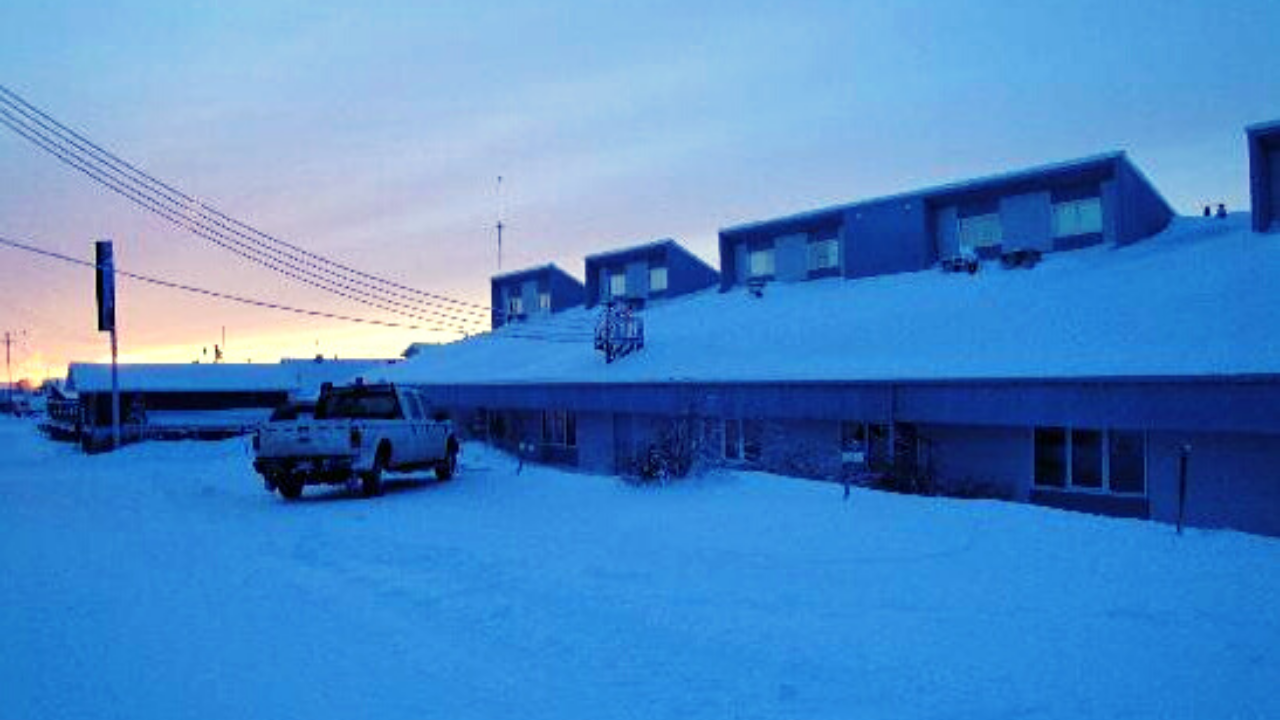 Aurora Inn is the ideal place to stay if you are looking for more space and a place to temporarily call home. The rooms extend through two stories with a main bedroom, a living room and a kitchen. The price per night is USD120. 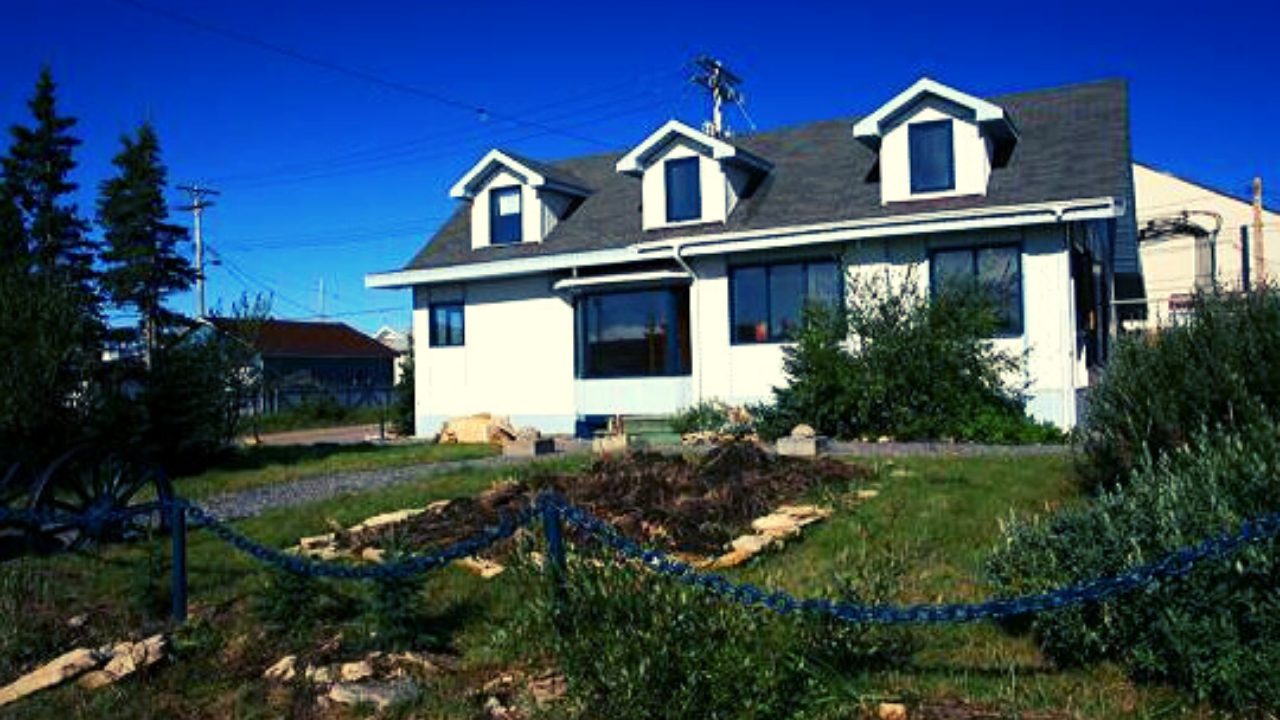 When in Churchill, live like the people of Churchill do. Sleep not in hotels, live in a typical northern residence. This 6-bedroom house-turned-hostel provides the conveniences of an Arctic home. A night here would cost you USD37. Closed effective September 2018 (updated 2020) 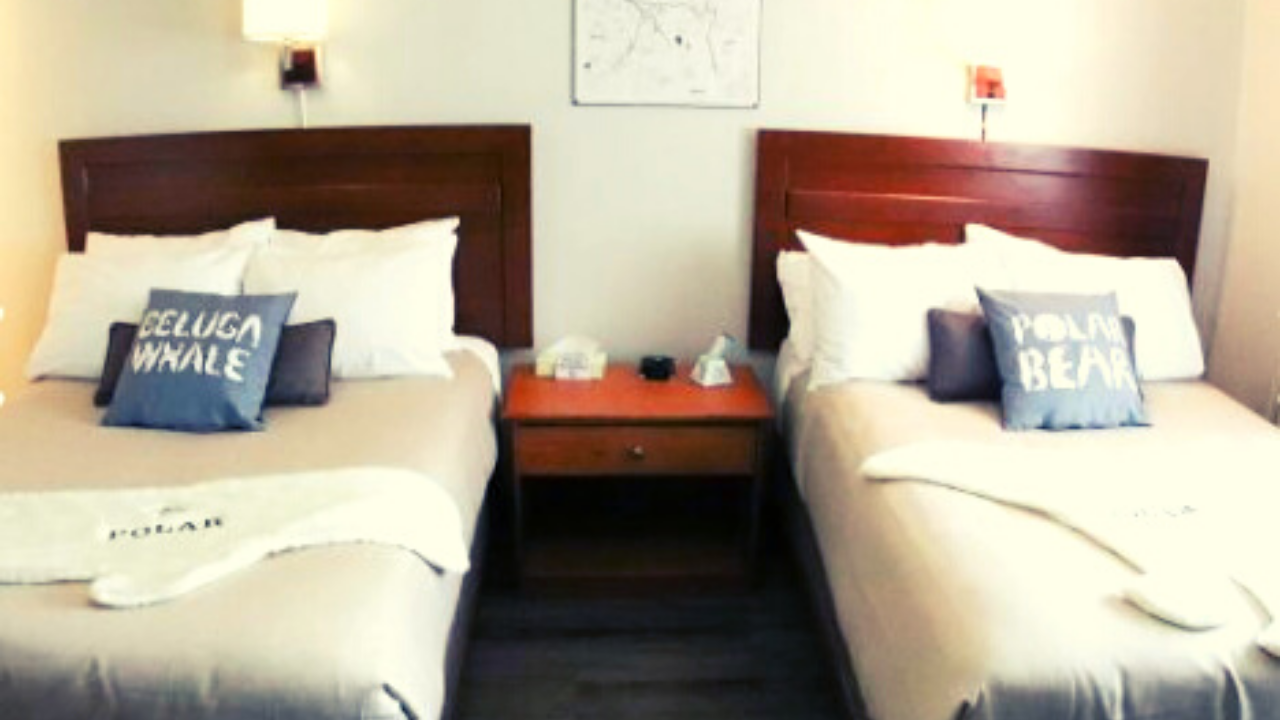 Are you vacationing with family in Churchill? Polar Inn offers studios and full apartments. The small kitchens and fridges allow you to prepare food. Continental make-it-yourself breakfasts are included in the price you pay for the room.

Spend one cool vacation on this permafrost settlement with its resident humans, polar bears, beluga whales, willow ptarmigans and other feathered animals. Learn about its 18th century history, tread where early explorers set up camp and even constructed defensive footholds and fortresses.  Enjoy its vast white vistas, broken sporadically by tall black spruce trees. Observe how nature takes turns – glaciers congregate at the bay in winter, surfaces solidifying for polar mammals to enjoy; only to break in summer to allow beluga whales to swim to warmer shores. Arctic winter nights are bleak, but such bleakness is also the best time to see the spectacular show of the northern lights. Churchill tells you one thing – there is always a reason to be happy, whatever the weather and the season.