The Aurora Borealis is among nature’s most spectacular displays– an awe-inspiring, picturesque celestial sight in which the night sky is suddenly illuminated with a wondrous glow that whirls like a lava lamp. Ethereal and unique, this magnificent shifting of nocturnal rainbows can only be seen in a few places in the world. Whether you are a stargazer, a photography enthusiast who is yearning for that perfect shot, or just a common traveler who wants to satiate his wanderlust, here are the world’s ten best places to view the northern lights. 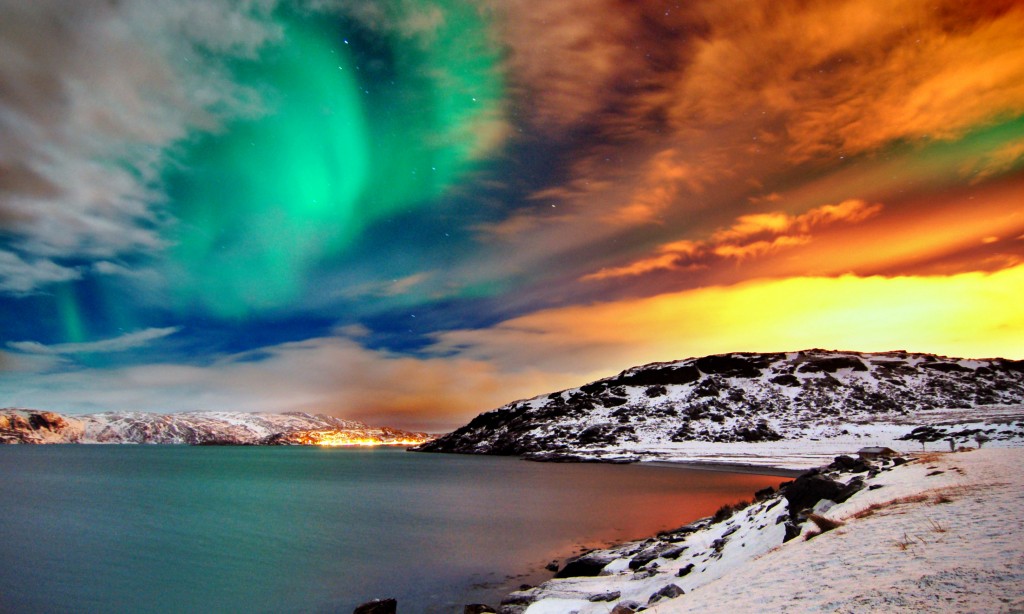 For the best chances of witnessing such a mystical display of northern lights, head out to Hammerfest, Norway. Located in the Finnmark County near the Arctic Circle, the town teems with Aurora Borealis activity at the end of the extended summer days. The best time to go for a clear sky would be the snowless months of September, October, and November.  Because of its relatively low population, the town lights are even insignificant to interfere with the majestic, multi-colored shimmer of the night sky. 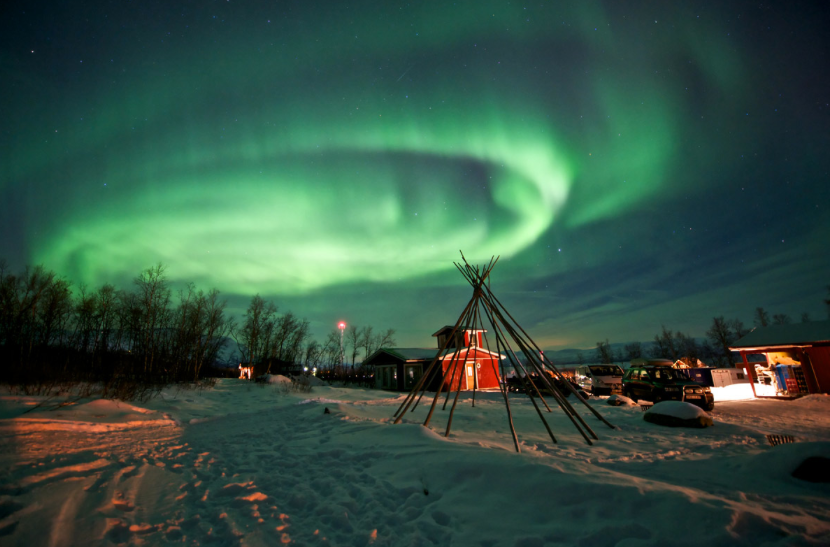 The Abisko National Park is one of the few places in the world that has more tourists than residents– with a population of only 85 people, Abisko offers an unspoiled landscape that complements the dark winter night sky. Strategically located in this 77 km2 Swedish lapland is the Aurora Sky Station that brings the ultimate viewing experience to northern lights fanatics. If you want to see the heavenly illumination over Abisko at its best, book your trip between mid-November and early March. 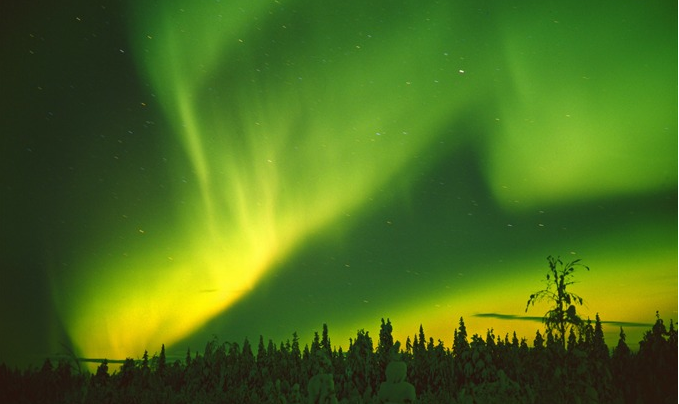 Located in the heart of the Pyhä-Luosto National Park, this lapland is considered the best destination to see the northern lights in their full glory, as evergreen and spectacular mountain ranges enrich the dark, clear sky. On average, the town witnesses approximately 200 appearances of the northern lights within a year. The “Aurora Alarm” being sent to hotels around the park offers a perfect chance for tourists to catch a glimpse of this spectacular phenomenon. Be sure to have your high definition camera ready – it’s a sight worth catching. 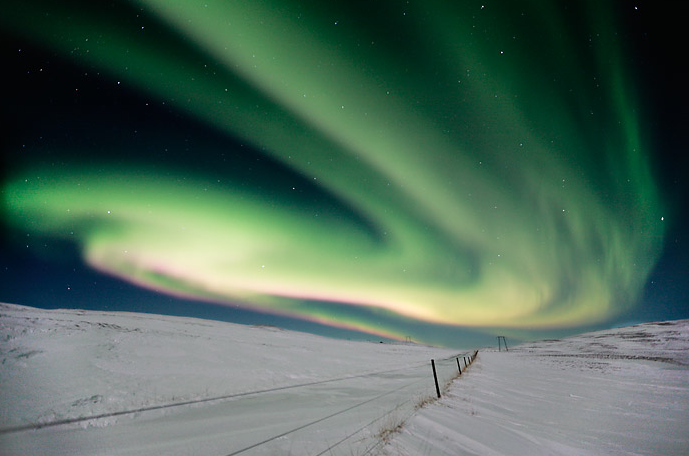 The Icelandic sky also hosts the most dramatic, eye-catching shows in the celestial expanse. You can readily see the northern lights just in the wide outskirts of the capital city of Reykjavik. On average, the northern lights only last for 12 to 15 minutes, but seeing it puts time to a standstill as it encapsulates the city’s beautiful night lights. The best months to experience this dazzling phenomenon are October through April, with peak visibility from December through February. 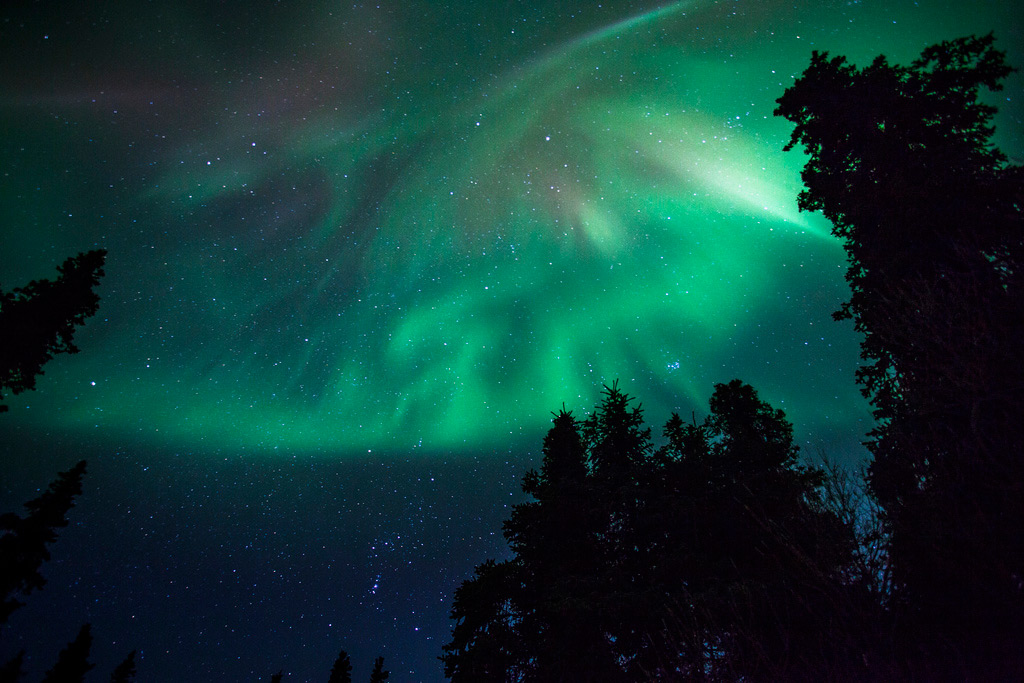 Move further away from the flickering city lights of Fairbanks and head out to the vast Denali wilderness to see one of the most amazing displays of Aurora Borealis. According to the Fairbanks Visitors Bureau, the occurrence of northern lights start as early as late August, at the end of summer in the northern latitudes, and there’s 80 percent probability of catching it if you stay there for three nights. If you want to double your chances, the Northern Lights forecast by the University of Alaska can surely help you schedule your viewing trip. 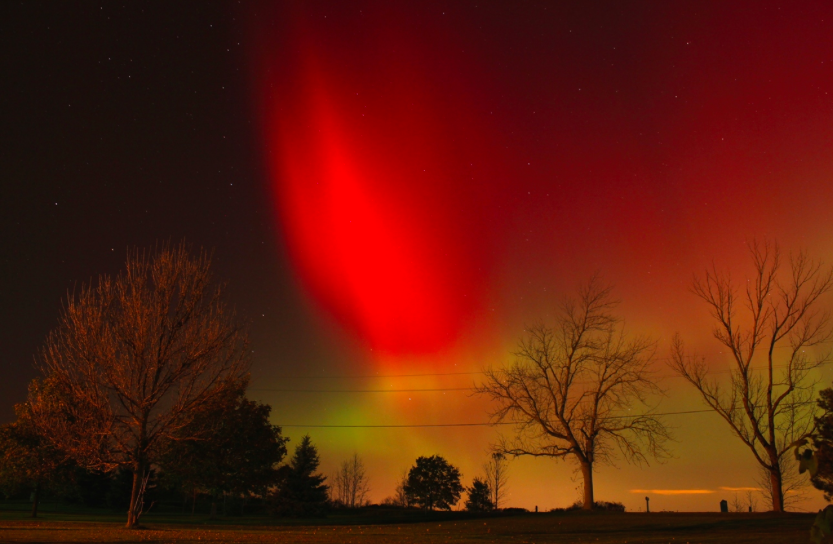 The areas surrounding the clear Lake Superior in Ontario prove to be prime spots for viewing these beautiful swirling lights. Guided tours in this Canadian tundra include an exciting 1-hour ride on a snowmobile in the northern part of Lake Superior, where you can fish and sled while having a front row seat view of the northern lights. Be sure to be there during the middle of August up until the last days of April to have an authentic Aurora Borealis experience. 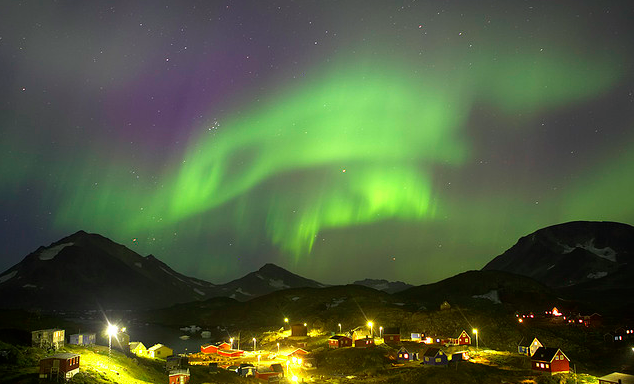 Greenland is just an amazing country that serves as a final frontier for both steadfast ice explorers and northern lights chasers. On the small island of Kulusuk, located on the east coast of Greenland, one can view the heavenly green illuminations that shine over the small town and mountain ranges. An Inuit legend depicts the experience as a “dance in the night sky” that connects them to their deceased ancestors. If you’re yearning to feast your eyes on the Northern Lights here, be sure to schedule your trip between September and the beginning of April. 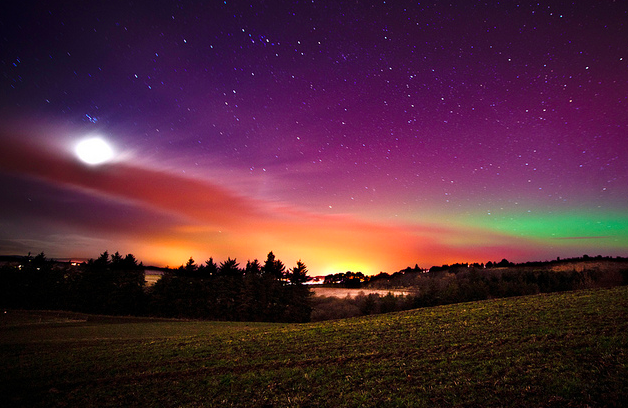 The stormy, cloudy, foggy weather of Dunecht in Aberdeenshire, Scotland makes it ironically one of the best destinations to view the aerial northern lights. During the dark winter months, thick, gray clouds break momentarily, and you could readily see the awesome green-purple sheen that lightens up Braveheart’s land. To make the most of your Aurora Borealis quest in this destination, check the northern lights forecast in Scotland or the AuroraWatch UK, which monitors the activity using magnetometers. 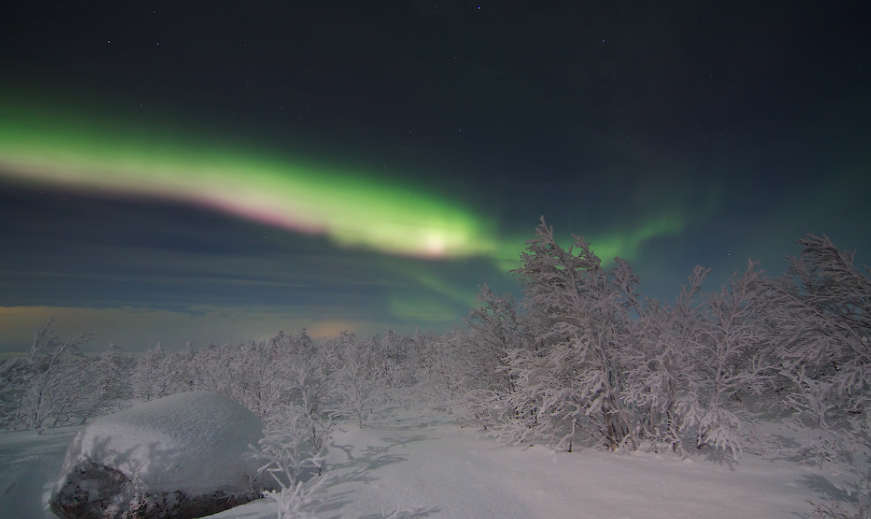 With its iciness and desolate landscape, the Kola Peninsula seems an unlikely place to go to view the Northern Lights, but its proximity to the Arctic zone makes it a key area for seeing the majestic Aurora Borealis. Head out to the town of Murmansk where the radiant green, red, and purple lights are blended with ice-capped 600 year-old trees, Saami pagan monuments, and sacred lakes. Be sure you can handle the below freezing climate that even persists during the six-week summer. 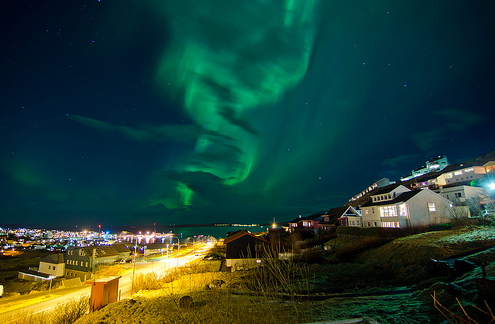 A Nordic paradise for nature lovers and self-guided explorers alike, the Faroe Islands in Denmark plays home to a captivating iridescent sky so rare that it earned the right to be one of the ten best places to view the Northern Lights. With a relatively low pollution index, there’s nothing that can interfere with your clear view of the majestic glimmer that floats in the starry night sky.

As it has been said, the Aurora Borealis is an elusive phenomenon. A traveler only has very limited time to catch the show. But you need not largely depend on luck, get your gear ready and head out to the places mentioned above (in the best times), and you are bound to have a truly unforgettable viewing experience.