10 Places to Visit before They Become Extinct

For one reason or another, your dream destination may remain a dream forever or a place that you will only read about. We have come up with a list of top ten stunning destinations which you have to experience before they disappear from the face of the planet. They may have existed for many centuries now, but before you know it, they are on their last century. Hitch that last flight, so you may tell the next generations, “I’ve been there, done that, before it went away.” 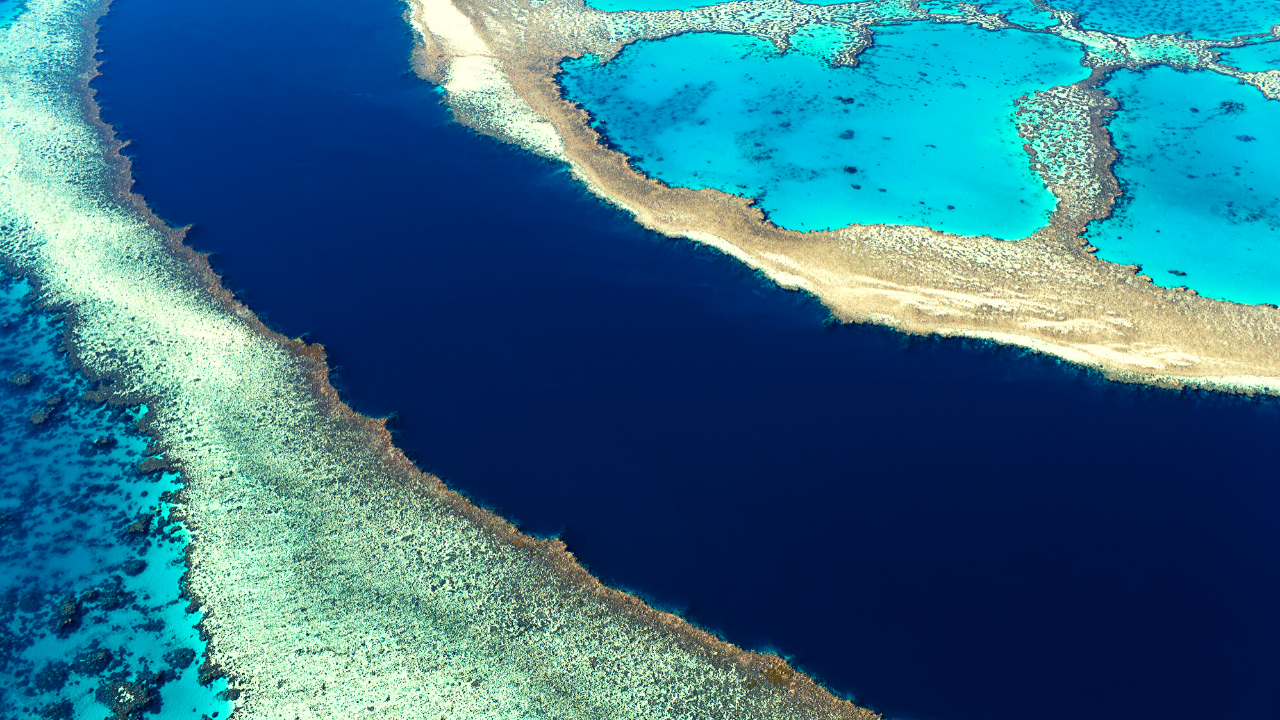 It is the only living thing visible from space. Marvel at its sheer magnitude and breathtaking beauty. The Great Barrier Reef of Australia is the world’s largest expanse of coral reef – comprising over 400 different kinds of corals forming into more than 3000 distinct reef systems. This underground paradise is home to dolphins, reptiles, tropical fishes, and innumerable species of marine life. Over ground, it spans picturesque islands with glistening beaches and cays – home to hundreds of birds and wildlife. Estimated at 70-centuries old, this 1,615-mile strip of living natural wonder is threatened by a combination of factors including water pollution, climate change, global warming and cyclical impacts. At the rate it is deteriorating, we are lucky if it’s still around by 2050. 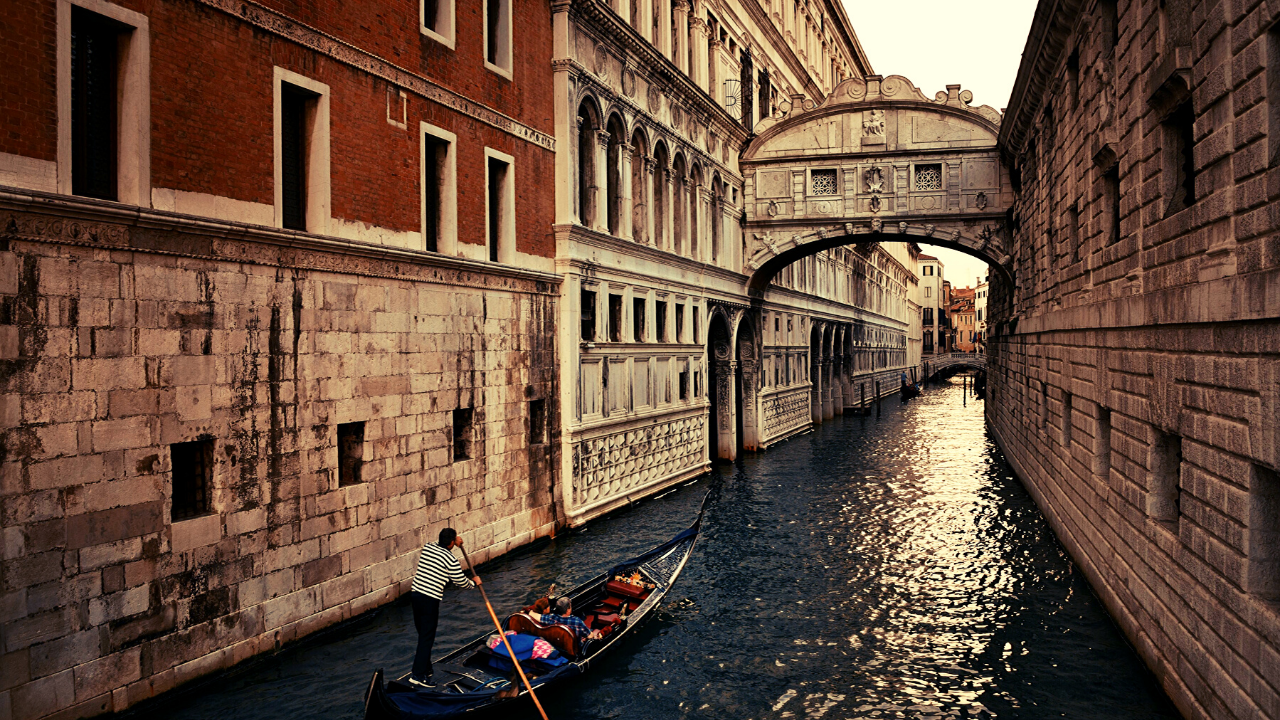 The beautiful city of Venice is made up of 118 scenic islets. There are 150 canals winding smoothly through these islets. People traverse through the canals aboard the romantic gondolas and vaporettos or cross by foot through the 400 fascinating bridges. Poets call the city La Serenissima which means “the most serene.”  It is home to Renaissance period palazzos, churches, museums and theatres. It is also famous for its bridges, gondolas, art galleries with well-known masterpieces, and the distinctly-crafted Venetian glass and Venetian laces. It must be mentioned, too, that it floats on top of a marshy saltwater lagoon along the Adriatic Sea in Italy. It might not stay afloat forever, though, because the city sinks at the rate of one-tenth of an inch every year; and by 2032, it is gloomily estimated that the city would be 3.2-inches deeper below its current surface level. The city’s foundations, considered an engineering feat, are eroded by the annual floods. Before the century ends, the sea would have reclaimed this Italian city. 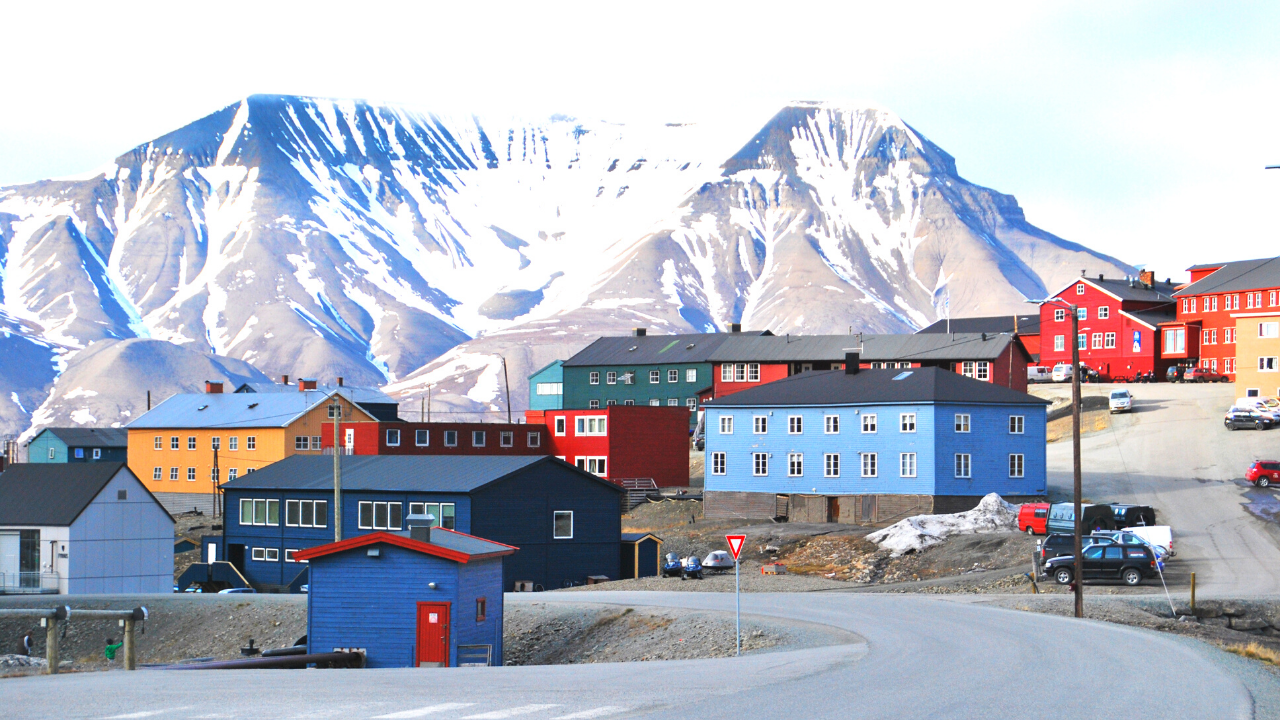 Svalbard is the “livable” version of the Arctic. This sub-Arctic land has the startling rawness of the Arctic cap, but just a tiny bit more habitable. Explore the environment of towering icebergs, Arctic deserts and treeless terrains – all very harsh yet supportive of life. Delicate flora peep through crannies in the tundra, and fauna clearly outnumber humans this part of the planet. The icy land teems with polar bears and brown bears, whales, Arctic wolves and foxes, reindeer, walruses and seals. Svalbard is the perfect place to experience the bleakness of polar nights and the mystique of northern lights. Not for long, though. Scientists found major methane build-up in Svalbard and other parts of the Arctic. Mining, pollution, chemical wastes and climate change will all make their impact to the eventual destruction of life and the ecosystem in the region. Visit Svalbard now before it will feel like walking on thin ice.

It is a real place, not the imaginary “beyond Earth” that we figuratively refer to when we say “go to Timbuktu.” There’s a reason for the metaphoric connotation. Timbuktu is not easy to reach – 20 hours of rough drive from Bamako, Mali to the southern edge of Sahara Desert. Timbuktu used to be an Islamic center of learning in the 13th century. It had an enormous university and madrasahs where Islam, astronomy, mathematics, medicine and law were taught to over 25,000 students; and which produced several hundred thousands of scholarly manuscripts on those subjects. Its mud-and-timber construction is a distinct form of architecture and its mosques and museums are as much sacred as they are mystical. Wars and attacks have desecrated and destroyed much of the irreplaceable parts of this African cultural and spiritual site.

5) The Pyramids of Giza 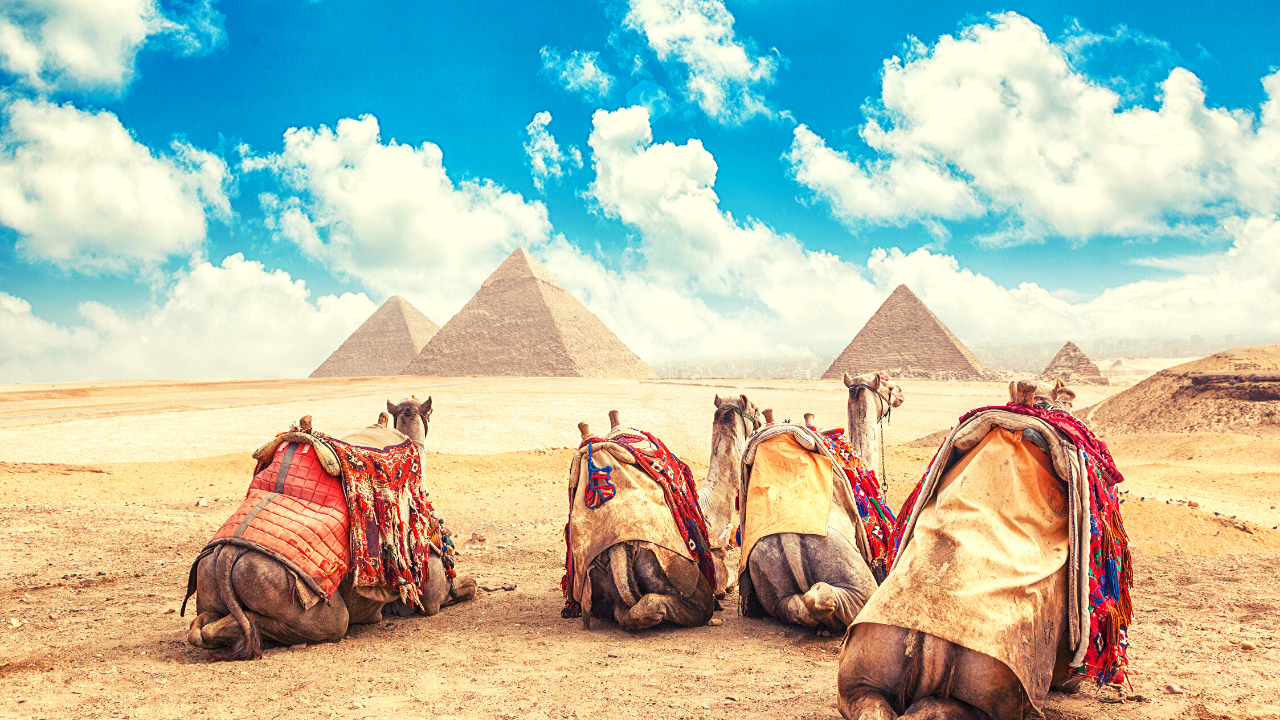 People visit Egypt to see one of the world’s oldest surviving pyramids and be mesmerized by the watchful catlike Sphinx. It is one of man’s greatest triumphs over nature. The vast ever-changing desert is interrupted by this fixed Pharaohnic necropolis. There are 3 main pyramids, including the largest pyramid (in the world) which is the Great Pyramid of Khufu. The two others are the pyramids built for Khafre and Menkaure. The Pyramids of Giza have been around for over 4,000 years and will most unlikely see another century. These pompous tombs are not protected or preserved. With age and heavy tourist and animal (camels and horses) traffic, the pyramids may be entombed only in our memories and in history books. So visit the last surviving Seven Wonders of the World now. 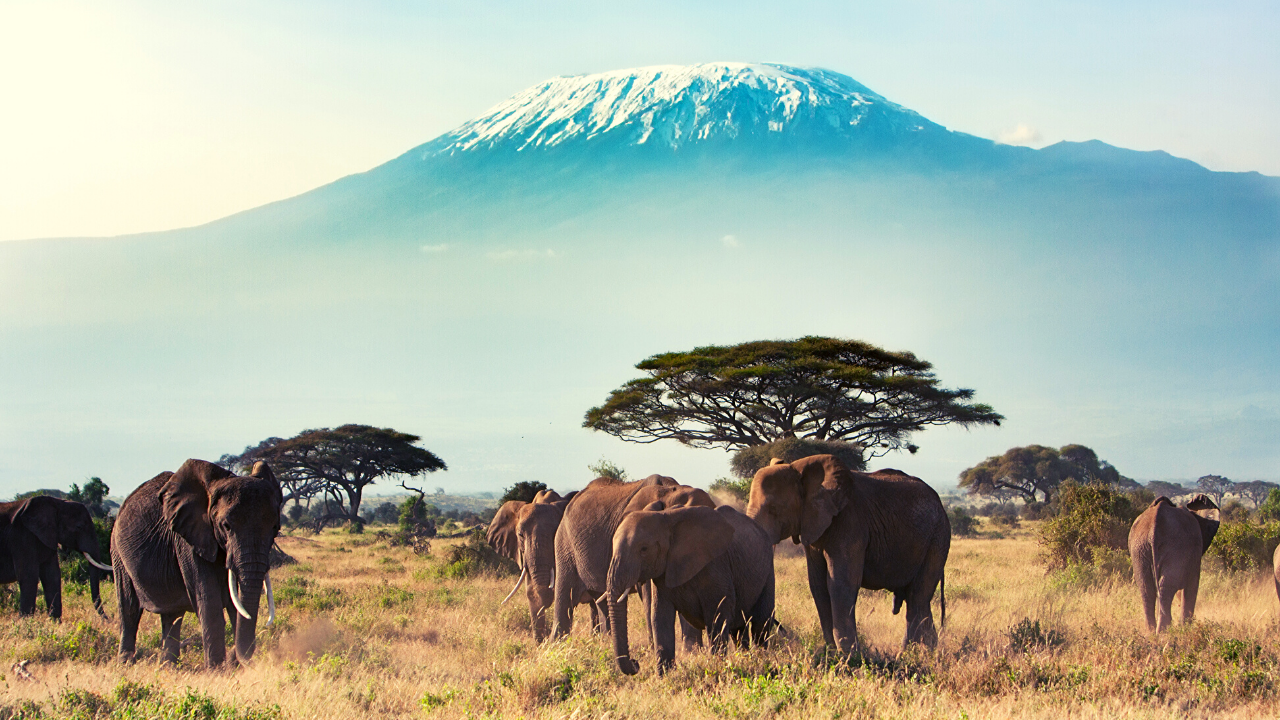 Climb the heights to the “the roof of Africa.” Mt. Kilimanjaro is a freestanding mountain at 19,341 feet tall. The lower portion of Mt. Kili, as it is endearingly called, is home to various animals, such as elands, buffalos and leopards. Its snow-capped peak starkly contrasts with the moorlands and tropical rainforest at the lower elevation, and the rocky topography that dominates the desolate middle terrain. Before 2033, the icy cliffs and snowy caps will be nothing but distant memory. The disappearance has started in the early 20th century, what we see now is only 20% of what used to swathe the peaks of Mt. Kili. 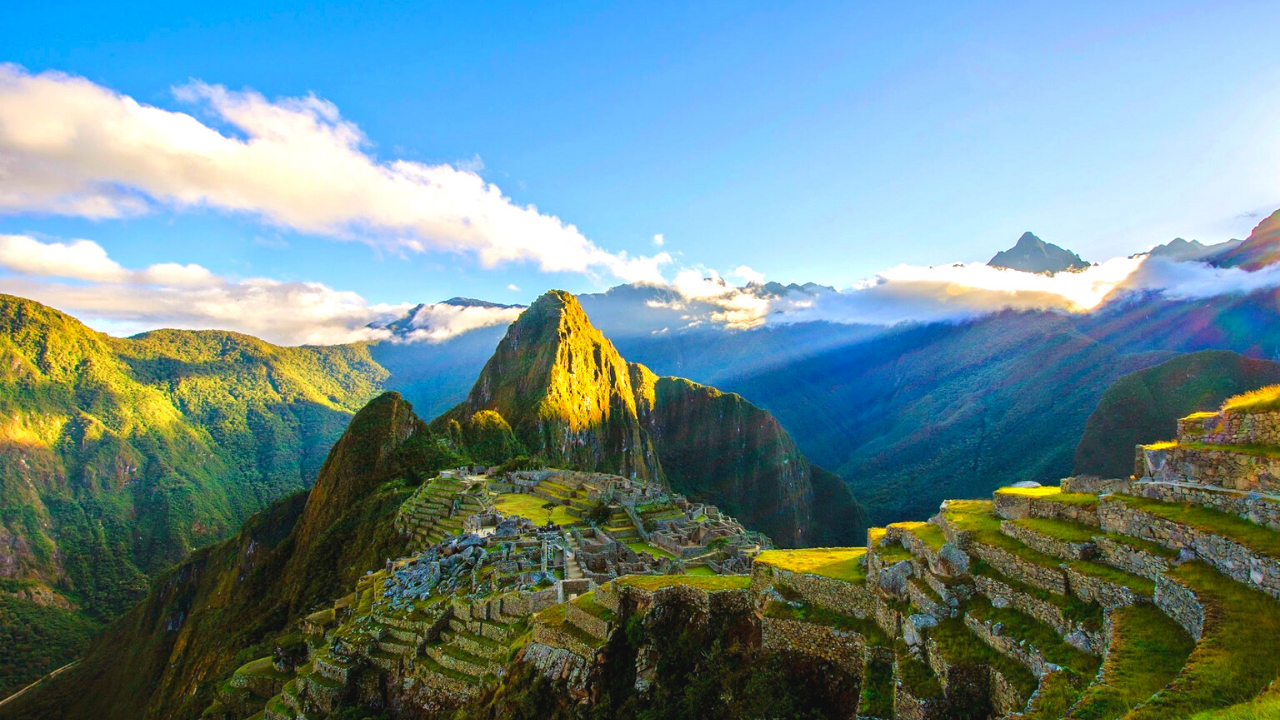 Machu Picchu is the site of well-preserved ruins of a 15th-century city hidden deep in the Amazonian jungle, politically a part of the Cusco Region of Peru, South America. Machu Picchu is recognized as the seat of the Inca civilization. Six centuries ago, these enduring people built a massive structure without the technology and engineering knowledge of today. In the middle of a jungle, they have put up a multi-leveled complex that obviously became an important center of religious, political, and economic activities at that time. From 1911, when the world learned about it, the site became one of the world’s top tourist destinations. Footpaths, structures and the natural environment of Machu Picchu, which were not designed to carry such heavy traffic, are giving signs of degradation and going beyond its bearing capacity. 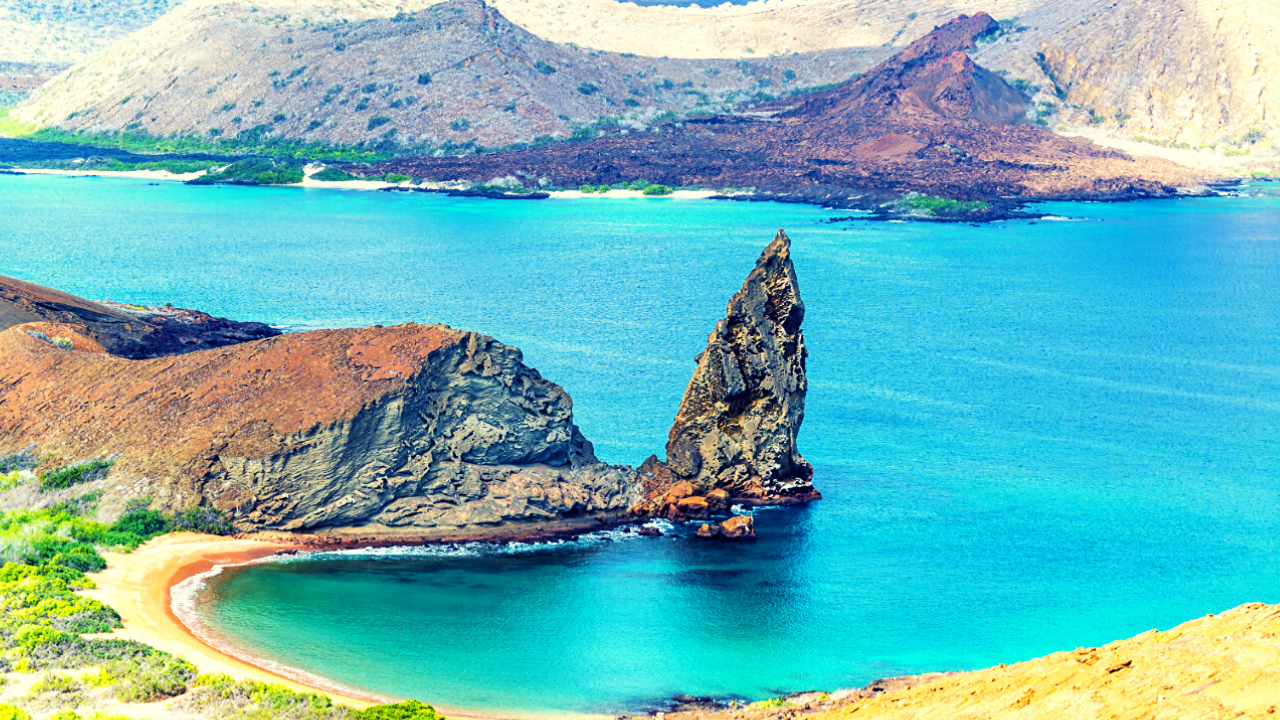 The Galapagos is made up of 19 islands scattered along the equator in the Pacific Ocean. It is a natural environment shaped by volcanic eruptions with very few human beings inhabiting it. Rare animals find the islands their natural habitat. It is the home of the giant tortoise, land iguanas, penguins, and countless rare birds. Here, Charles Darwin found inspiration for his theory in evolution. The problem with an ecosystem like the Galapagos lies in the interdependence of every element to each other. Destruction to one creature ripples to the destruction of another, and another, and it goes endlessly. Galapagos depends so much in the diversity of its creatures to preserve a balance that has sustained life in the islands. A scientific journal reported that 45 species of Galapagos are facing extinction due to natural elements and human activities. While it has throbbed for centuries, Galapagos is vulnerable to climate change and overfishing. 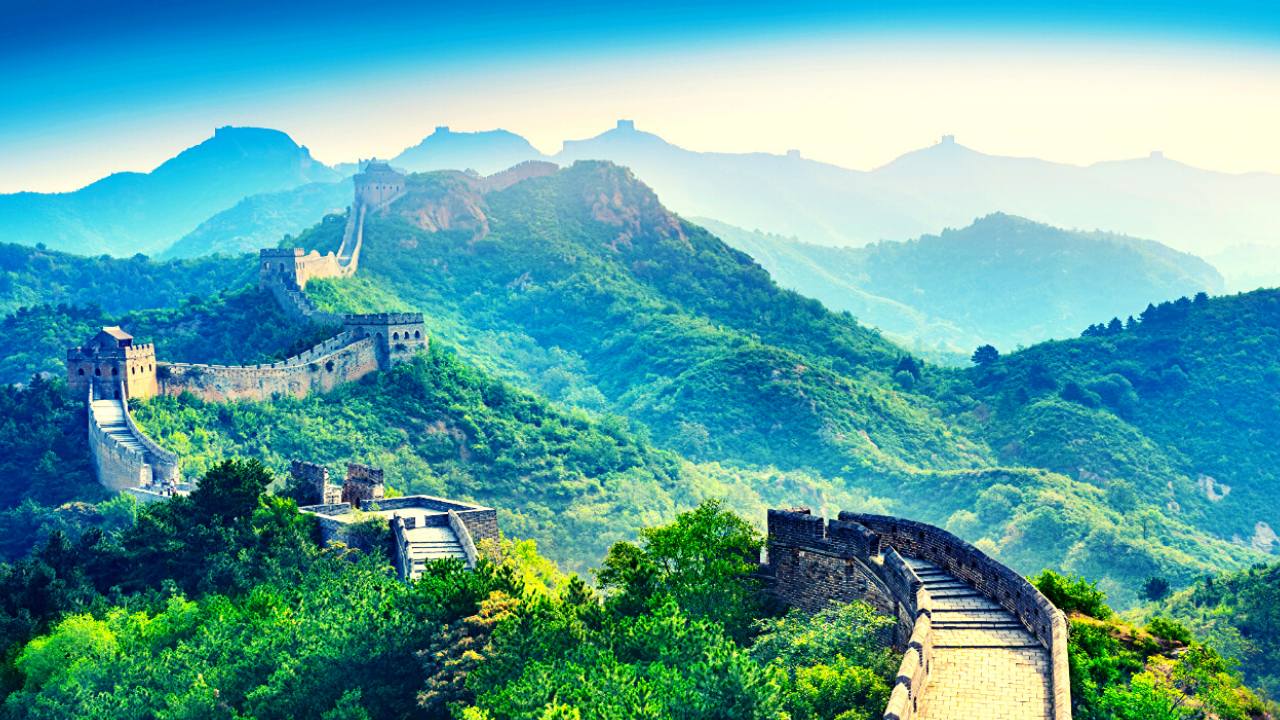 Viewed from above the earth, this enormous structure snakes up and down across several land formations, deserts and savannas like the legendary dragon.  The Great Wall of China is not just a span of walls; it is a series of many great sections, with history of their own. It is a structure so huge that it can be seen from the moon. Of the 5,500-mile length of massive network of fortresses, passages and turrets, holy temples and precipitous stairs, only 20% is in good condition. The rest of this mammoth monument has fallen in disrepair. Nature and humans are taking their toll on these ancient walls. 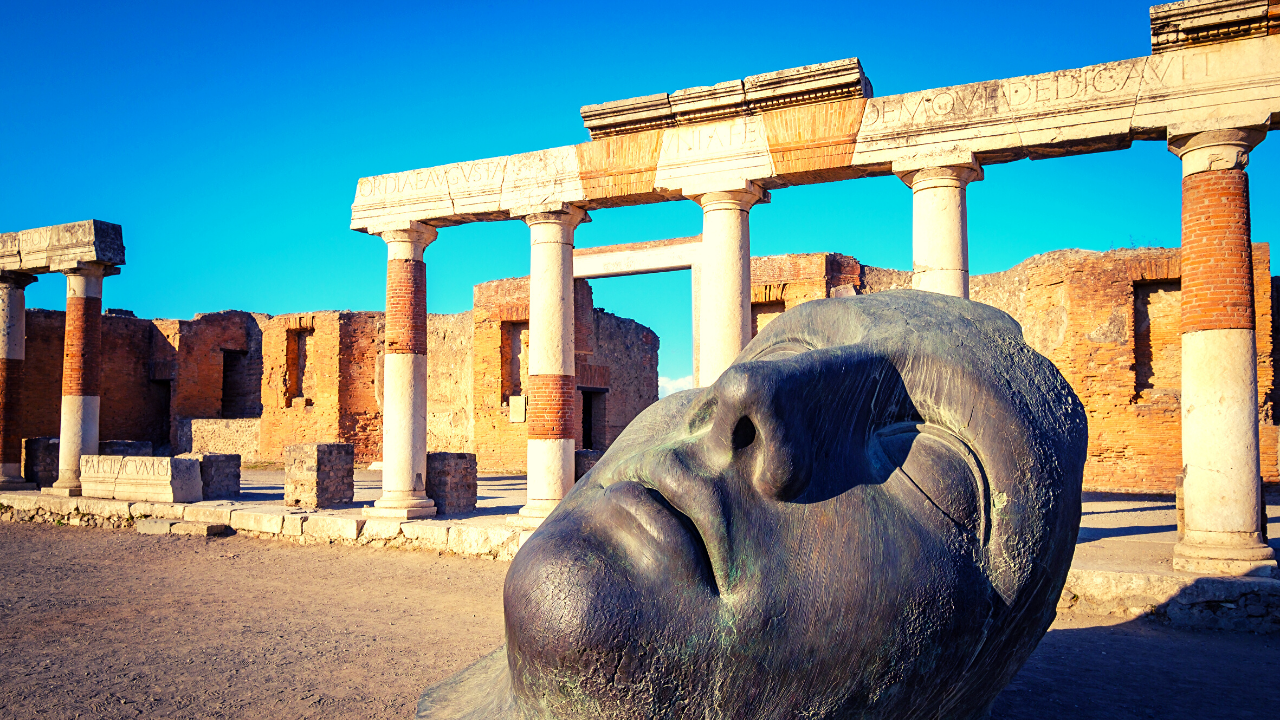 Pompeii is located in Campania, Italy, southeast of Naples. In 79 A.D., Mt. Vesuvius erupted and buried the city and all that existed in it. The eruption was so explosive that it covered the entire city so quickly. A walk through the site offers an unmatched opportunity to learn of a culture that existed in the 1st century. The archaeological excavations have uncovered well-preserved temples, public building, theaters, public baths, petrified animals and over 3,000 well-preserved humans.  When Pompeii was buried by mud and volcanic ashes, it was preserved. When it was unearthed in the 18th century, the city was said to have lived its second life. Now it is exposed to weather, man, pollution and undergrowth; and because of these elements, Pompeii now faces its second death.

If you haven’t been to these places before, catch them while they are still on the map. And while you’re at it, be careful with what you’re treading on. You don’t want to add to their deterioration. Bon voyage!