10 Most Expensive Hotels in the World

For as much as $65,000 per night, some hotel rates can burn a bad hole in your pocket. But if you are among the fortunate few who have no qualms about spending a king’s ransom just to laze around in rooftop pools, with an extravagant cocktail drink in hand, then go! Live the life like royalty by bunking in at any of the top 10 most expensive hotels in the world: 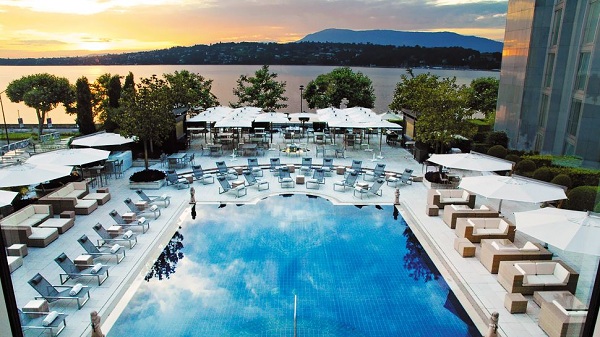 If your idea of perfect getaway is synonymous with absolute privacy, then the Royal Penthouse Suite in Geneva, Switzerland can give you a pampering reprieve from the hubbub of metropolitan life. Located inside the prestigious Hotel President Wilson Hotel, this palatial unit comes with bulletproof doors and windows, as well as majestic views of the Mont Blanc and Lake Geneva. Apart from the sweeping panorama that awaits outside the hotel suite, the Royal Penthouse Suite lives up to its seal of opulence with its 12 spacious rooms, a library, a private fitness center and a billiard room. The price of living in the most expensive hotel in the world? Just $65,000 per night. 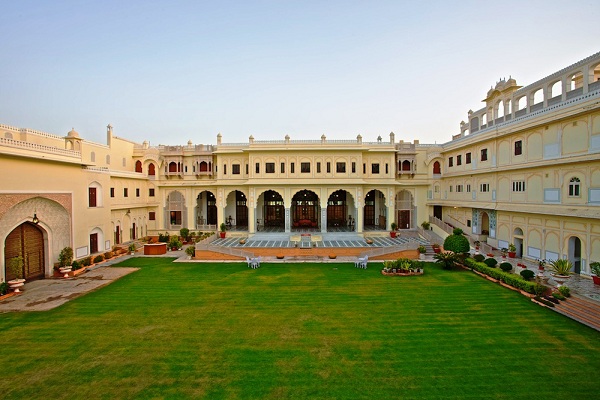 Although India is a third-world country, its province of Jaipur plays home to one of the most expensive rooms in the world: the Presidential Palace at the Raj Palace Hotel.  True to its name, this expansive suite truly befits royalties and aristocrats. After all, it was the former residence of the Maharaja. Occupying a space of over 1,500 sqm, the Presidential Palace features gold and ivory interiors, as well as a private swimming pool, a roof terrace, even a reserved museum.  With its lavish features, it comes with a nightly rate of $45,000 – a price that only nobles can afford. 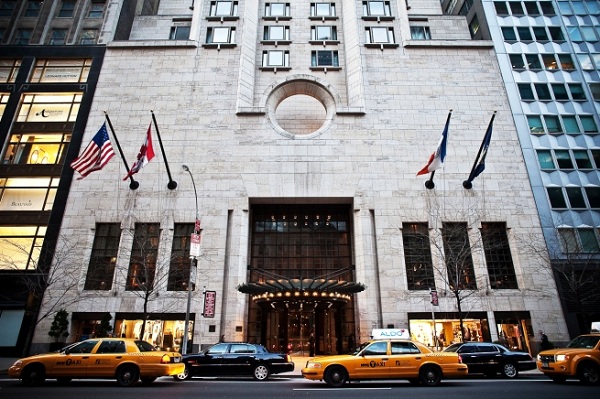 Have a decadent slice of the Big Apple by booking a night at the Four Seasons Hotel’s Ty Warner Penthouse Suite. Taking the top floor of the New York hotel, the 400-meter suite features breathtaking views of the Manhattan cityscape.  Named after the hotel owner and Beanie babies mogul, Ty Warner, the suite comes with nine decked-out rooms, a zen garden, and fabrics made of gold and platinum. For a whopping $41,000+ a night, the Ty Warner Penthouse Suite also comes with luxurious add-ons, such as a private butler, chauffeur, and masseuse. 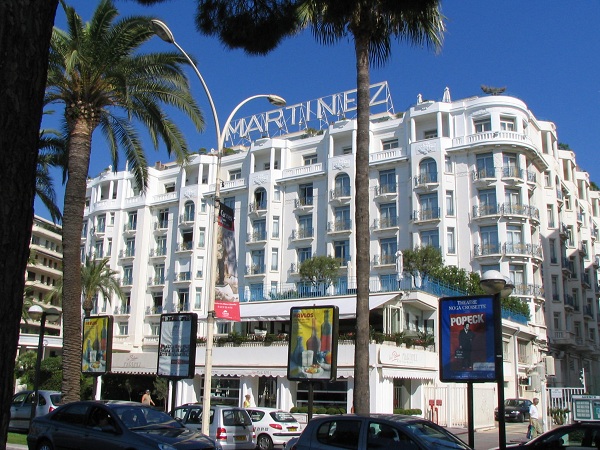 If you wish to grace the world-famous Cannes festival, then why not splurge your money over Hotel Martinez’s elegant penthouse suite? At $37,500 a night, this extravagant suite comes with two bedrooms, two bathrooms, a spacious dining room, as well as an elegant sitting room. It also comes with the additional bonuses of a relaxing private sauna and spa bath. With its big balcony that overlooks the Bay of Cannes, Hotel Martinez’s Penthouse Suite gives you the chance to wake up to a regal setting– just like handsomely-paid Cannes festival celebrities do. 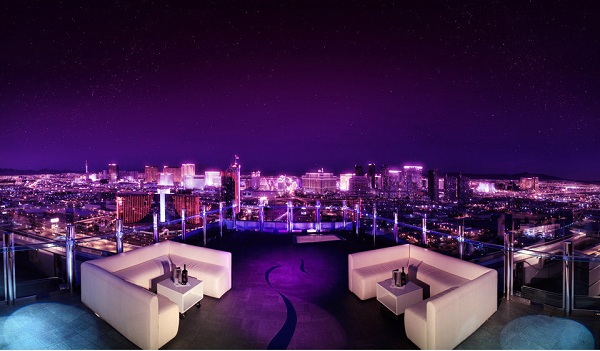 Do you wish to live the life of Playboy magnate Hugh Hefner? You can do this – and more – at his same-named Sky Villa in Palms Resort, Las Vegas.  This 836-square meter suite, located at the topmost floor of the hotel, comes with everything Hef could have wanted in a bachelor’s pad: two bedrooms, a massive bathtub, a poker table, and a complete bar. With its rotating bed and bunny-designed indoor pool, the $35,000+/night Sky Villa lets you live out your wildest Playboy fantasies. 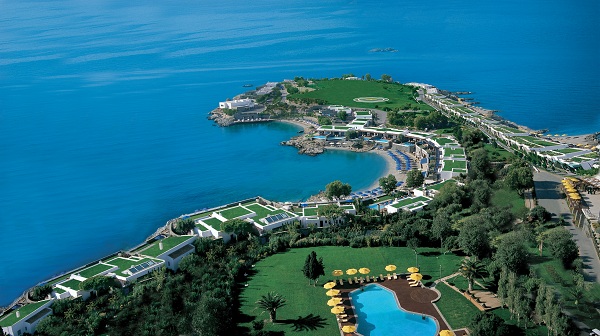 The three-room Royal Villa at Grand Resort Lagonissi is the epitome of Greek opulence, with its indoor pool, outdoor heated pool, massage room and steam bath. Just a stone’s throw away from this majestic mansion is a private beach where you can frolic in seclusion under the Grecian sun. Here, you can have chefs, butlers and pianists crawling at your feet with just one call. And with a rate of $34,000+ per night, it is your every right to do so. 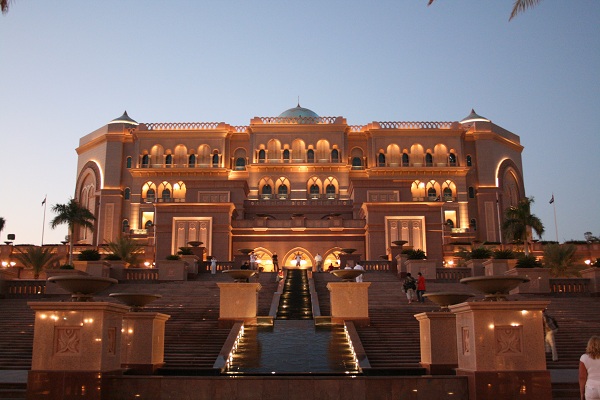 A jewel in the desert – this is the foremost description of Emirates Palace in Abu Dhabi. Built with a whopping budget of $3 billion, this majestic hotel comes with 394 rooms and suites, conference rooms, more than 1,000 crystal chandeliers, and a bevy of pools and fountains. It also comes with a man-made, white sand beach, so you can bathe in the sun even in the middle of the desert. The cost of staying in its 3-bedroom palace suite? Just a massive $16,600 per night. 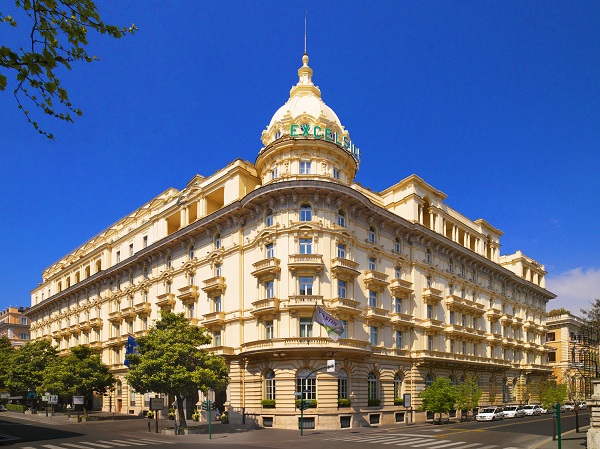 Located in the beautiful Via Veneto district of Rome, the Westin Excelsior brims of history and elegance. Built in the year 1906, the hotel recently underwent a needed makeover, costing a whopping $7 million. One of the beneficiaries of this costly renovation is the Villa La Cupola Suite, a two-floor chamber that is considered the largest in Italy. With its colorful frescoes, private Jacuzzi and steam bath, be prepared to shell out as much as $4,200 per night.

Touted as one of the most photographed hotels in the world, the Burj Al Arab Hotel in Dubai features a distinctive architectural style that mimics the look of a billowing sail. It plays home to lavish suites, all featuring marvelous views of the sea. With a helicopter port, elevated tennis courts, and chauffeur-driven Rolls-Royces, you will feel like an esteemed monarch while at the Burj Al Arab Hotel. If you want to be treated just like Middle Eastern royalty, be prepared to spend $3,700 for a two-bedroom suite per night. 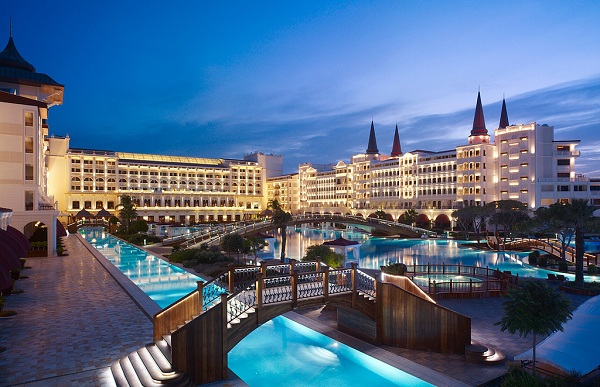 Constructed in 2009, the Mardan Palace Hotel in Turkey is the brainchild of Russian billionaire Telman Ismailov. Constructed with a total budget of $1.25 billion, this impressive hotel is hailed as one of the most opulent accommodations in Turkey – and the entire European continent. Its stellar reputation is known to many, most especially for its enormous pool, as it can fit as many as 1,000 bathers. With interiors made of crystals and gold leaves, the minimum pay-out is $1000 per night for an executive suite. Their rates might be extravagant – but it is expected with their lavish features and the magnificent views they provide of the city.

If you have long been envisioning yourself getting a luxurious massage and wanting to know how it feels like to sample a life of caviar and champagne, these 10 most expensive hotels in the world will let you spend money like it’s going out of style. These hotels are never too rich for your blood, just as long as you have all the money to burn. Don’t forget to pack that designer suitcase.