10 Most Scenic Highways in the World

As the old adage goes, “It is not about the journey, but the destination.” But in the case of the 10 most scenic highways in the world, it is never about anything else but the journey itself – and the experience that comes with it.

Breathtaking natural views, panoramic vistas, unique sites, and everything awe-inspiring in between – these are what you have to prepare to lose yourself in and create memories by, as you traverse along these roads. Make your cross-country drive a rewarding one by basking in the beauty of these 10 most picturesque highways in the world:

1) Karakoram Highway, between China and Pakistan 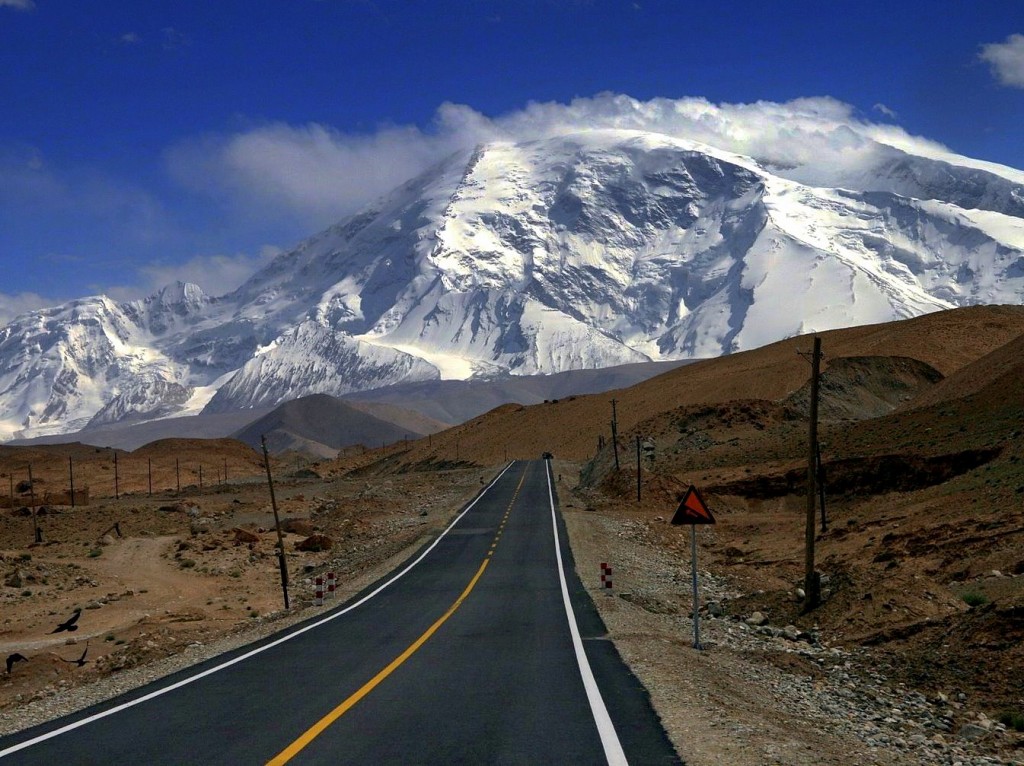 At the Karakoram Highway, you can have the best of both worlds – literally. As the highest paved road in the globe, it bridges the countries of Pakistan and China as it crosses through the peaks of the Karakoram Mountain Range.

Soaring 4,693 meters high, this bridge is considered as one of the most famous tourist spots in the world. Because of the sheer difficulty associated with the construction of the Karakoram Highway, it is also heralded by many as the “Eighth Wonder of the World.” 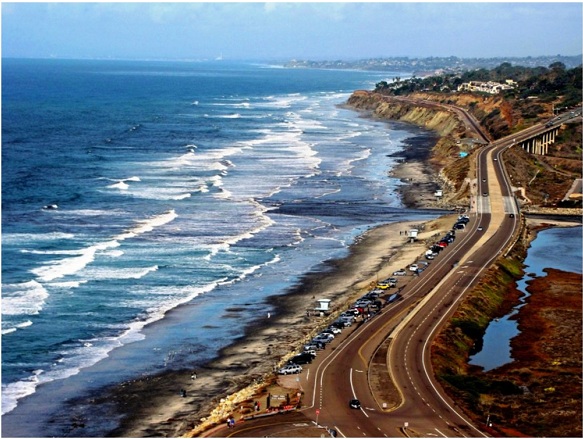 It is not called the “All-American Road” for nothing. Traversing through the coast of Big Sur, Highway 1 treats the driver to the finest views of Californian shorelines.

This beautiful highway commences at the charming San Carpoforo Creek and terminates at the marvelous Monterey County. Along the way, you can pass by the historic Bixby Creek Bridge, and witness numerous coastal parks as you travel through Highway 1’s winding roads. More than just fantastic sea views, this highway also paves the way through miles of redwood forests. 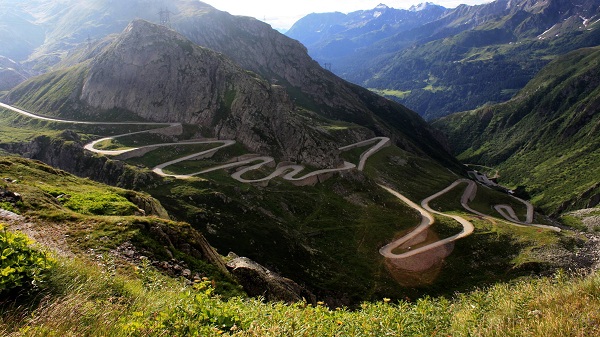 Although it only takes the second spot as Romania’s second-highest paved highway, the Transfăgărășan is without a doubt, one of the best roads in the entire world. Spanning 90 kilometers of prime land, the Transfăgărășan was originally built as a strategic military base. But now, it offers the best views of Romania, from Southern Carpathia to Dracula’s rumored hometown of Transylvania.

With its sharp descents, hairpin turns and winding roads that go as high as 2,034 meters, a stroll through Transfăgărășan will give you one of the best driving experiences in the world. 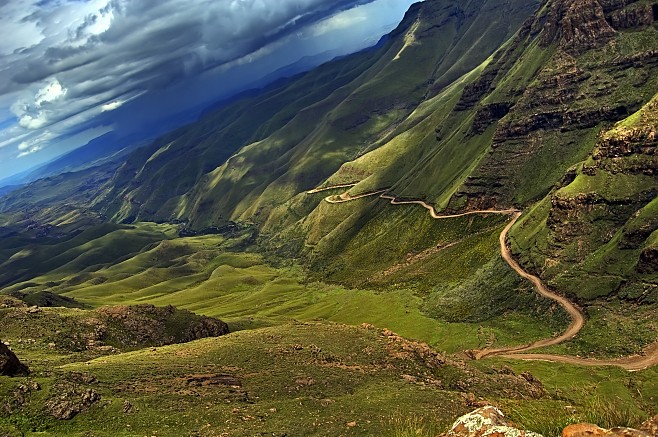 Death-defying: this is just one of the many roads that can describe the perilous Sani Pass along KwaZulu-Natal in South Africa. Ranging 9 kilometers long, a safe passage through the Sani Pass requires two things: exceptional driving and the use of reliable 4×4 vehicle. Without the latter, you will not be able to drive through the pass, especially if you enter the road through the South African side.

Because of the innate dangers that come with a drive through Sani Pass, this picturesque and perilous bridge way is often closed, especially during the winter season. 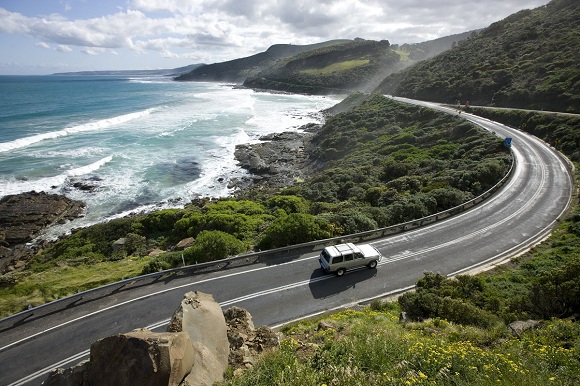 Great Ocean Road is not only one of the most scenic highways in the world, it is the world’s largest war memorial as well. This 243-kilometer Australian National Heritage site is located at southeast Australia, and is nestled in between the lovely cities of Warrnambool and Torquay.

Built by returning soldiers from 1919 to 1932, the Great Ocean Road was erected in the memory of the fallen World War I militias. Despite its tragic inspiration, a drive through the Great Ocean Road will definitely make you happy, with its beautiful sea views, as well as the limestone formations that are said to be reminiscent of the Twelve Apostles. 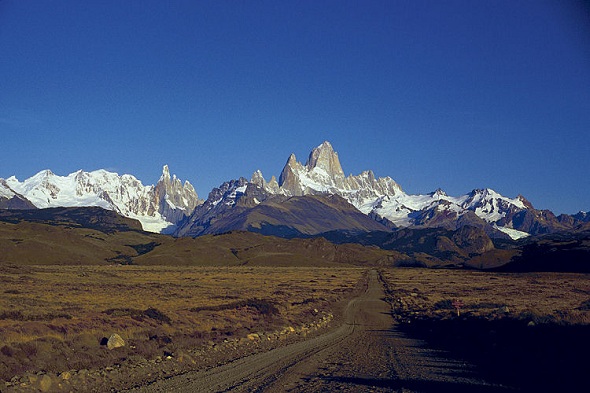 Also known as RN 40 or National Route 40, Argentina’s famed Ruta 40 is one of the longest highways in the entire world. Spanning 5,000 kilometers long, a drive through Ruta 40 gives you a chance to stop at 27 Andean passes, 18 major rivers and 20 national parks.

With peaks reaching as high as 5,000 meters, Ruta 40 offers a scenic drive through the Andes Mountains, as well as the colorful culture and hospitality of vibrant Argentina. Whether you are looking for a festive vacation, or just an escape from the hurly-burly of the city, you can find it – and more – at Ruta 40. 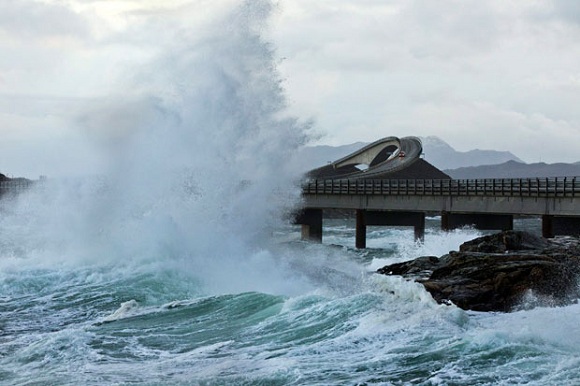 Touted as the country’s winner for the 2005 leg of “Construction of the Century,” the Atlantic Road is an 8.3-kilometer thoroughfare that showcases the fragile beauty of Norway. Formally opened in July 1989, it is a National Tourist Road that stretches through the cities of Molde and Kristiansund.

The Atlantic Road’s majesty is defined by its roads that connect several skerries and islands through revolutionary causeways, viaducts, and bridges. Reminiscent of Florida’s Seven-Mile Bridge, the Atlantic Road gives you the chance to revel in Norway’s natural elegance. 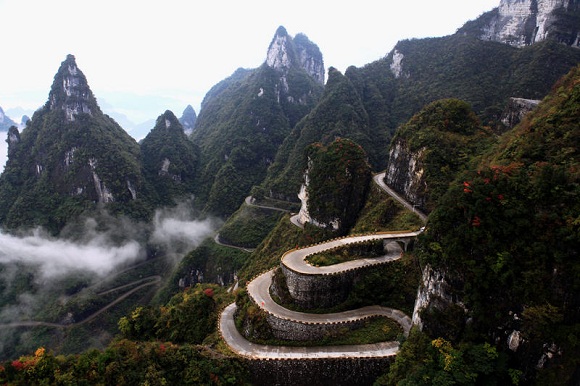 The Cliffside roads of Tianmen Mountain Road might be intimidating, but the journey to the top of Hunan Province’s famed mountain is truly worth your nerves!

The voyage to Tianmen Mountain Road offers two rewards at the end. Either you can catch a cable car ride from the Zhangjiaje station to the pinnacle of the mountain, or you can drive through the 11-kilometer, 99-bend snaky road to Tianmen Cave, a beautiful dwelling located at the paramount of the peak. 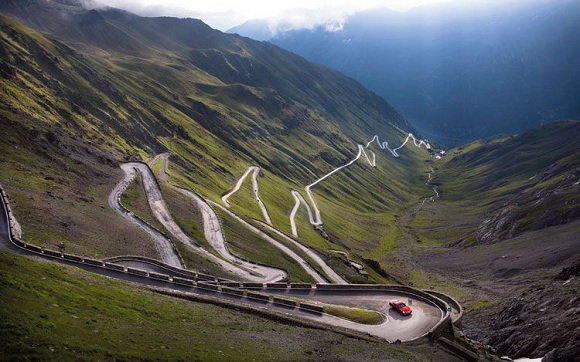 Named as the “Greatest Driving Road” by Top Gear, a UK-based car show, the Stelvio Pass will surely take your breath away with its astounding height. At 2,757 meters tall, it is known as the second-highest paved mountain road in the Alps.

While its 60 hairpin turns prove to be challenging (if not terrifying) to most drivers, the highway’s twisted junctions make it the holy grail amongst the 8000+ cyclists who push through this high passage along the Eastern Alps. 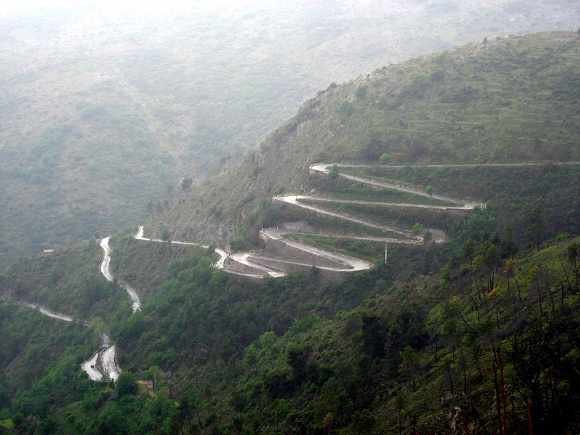 Located in the Arrondissement of Nice, Col de Turini is a 1,607 meter-high mountain way bordering the French Alps. With its tight roadways and unyielding turns, it comes as no surprise why the Col de Turini is the number one choice for the annual Monte Carlo Rally. It has also played host to the world-famous Tour de France – with bikers traversing its challenging viaducts in the years 1948, 1950, and 1975.

Driving no longer has to be a boring chore – as long as you pass through these 10 most scenic highways in the planet. With their views of the mountains, seas and other natural marvels, you will definitely love driving through the world’s most magnificent passes.

your brilliant blend of delightful quality and delightful appearances could be the characteristic of who sells the best replica rolex watches.