Anyone who visits Uzbekistan mustn’t leave the country without a day or two in Registan Square. Visiting the place should be a wonderful opportunity to learn more about its vibrant history and diverse cultures.  Be awed by the opulent architecture of sky-blue domes, exquisitely ornamented arches, intricate latticework and mosaic, and soaring minarets. Explore the surrounding areas and witness the jubilant celebrations of various festivities, both traditional and modern. 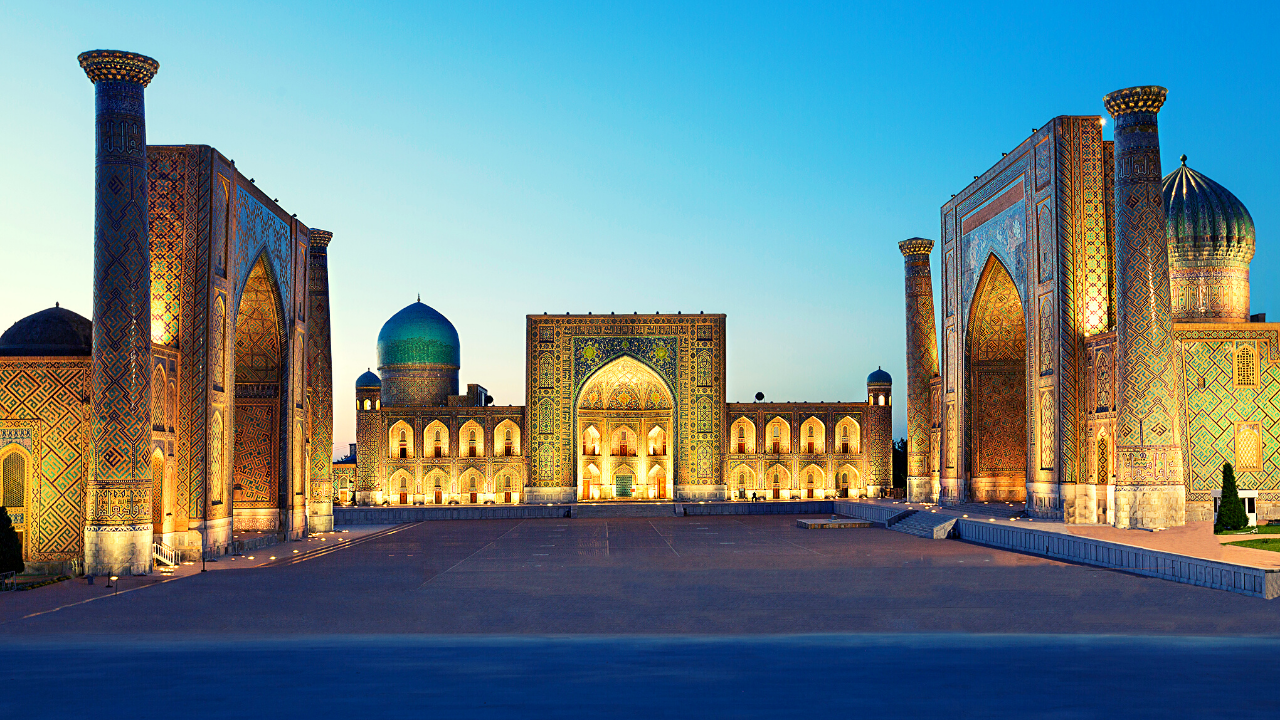 Poets and historians call it by many names, such as “the heart of Samarkand,” “the Jewel in Central Asia’s Crown,” “the Eden of the Ancient East,” “Precious Pearl of Islam,” and “the Rome of the East.” Registan, which literally means “sandy area,” is a world-renowned Muslim heritage and its brilliant structure was symmetrically constructed as a complex of three madrasahs, namely: Ulugbek, Sher-Dor, and Tillya-Kora.  The complex is located in Samarkand, a city under the former U.S.S.R. in East Uzbekistan. 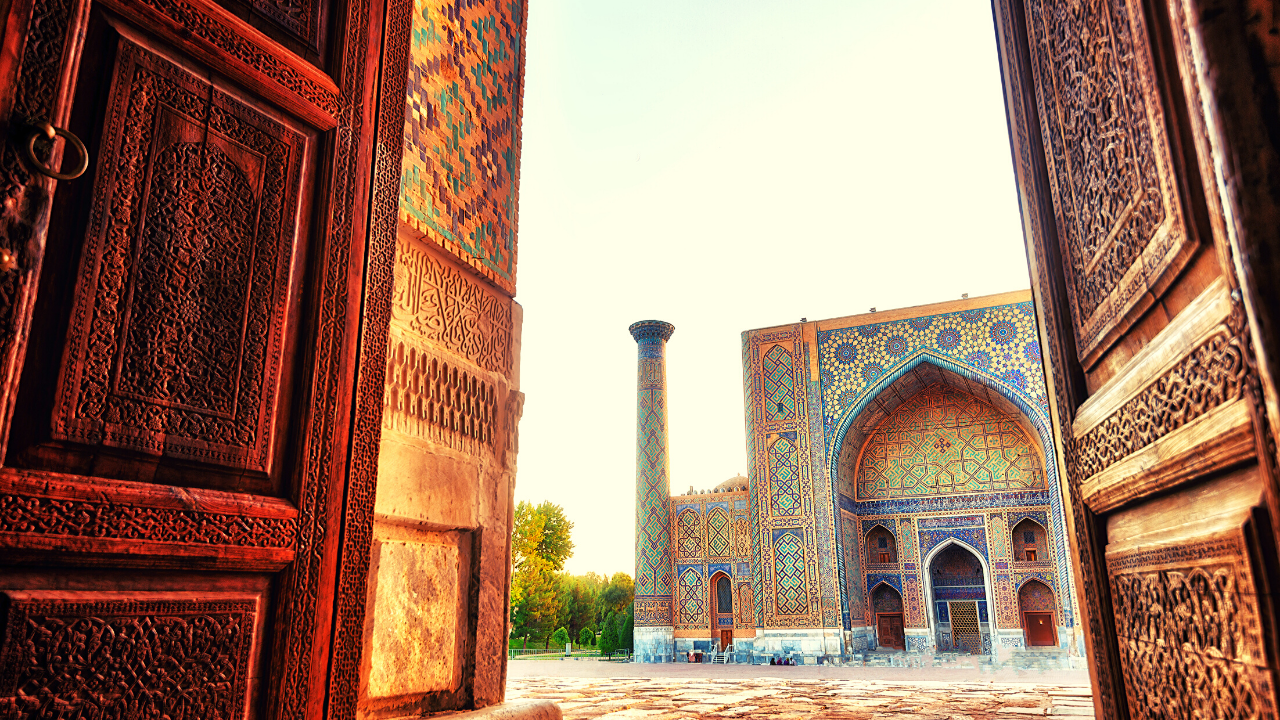 Summer in Samarkand brings in warm sunshiny days perfect for sightseeing around Registan Square.  With the bright reflection of the sun adding luster to the three madrasahs, you can gaze at the intricate patterns and artistic paintings outside and inside the alluring architectural designs.  During the month of August, this ancient place is abuzz with both locals and visitors exploring the surroundings or participating in merrymaking festivals, such as the Samarkand International Music Festival.

Celebrating the Uzbek Culture with Festivals

The medieval center for learning, commerce and religion has seen destructions through centuries of wars and invasions. Registan Square has been rebuilt many times and is now a monument in grand scales, showcasing the merging of eastern and Greek influences. Reminiscent of ancient times when travelers on the Great Silk Road converged at this medieval center, Registan Square is once again the host for the coming together of different cultures. Great minds and talents – poets, scientists, philosophers, and artists – gathered here centuries ago. Today, it continues to do that as it plays host to various festivities enjoyed by locals and tourists alike. 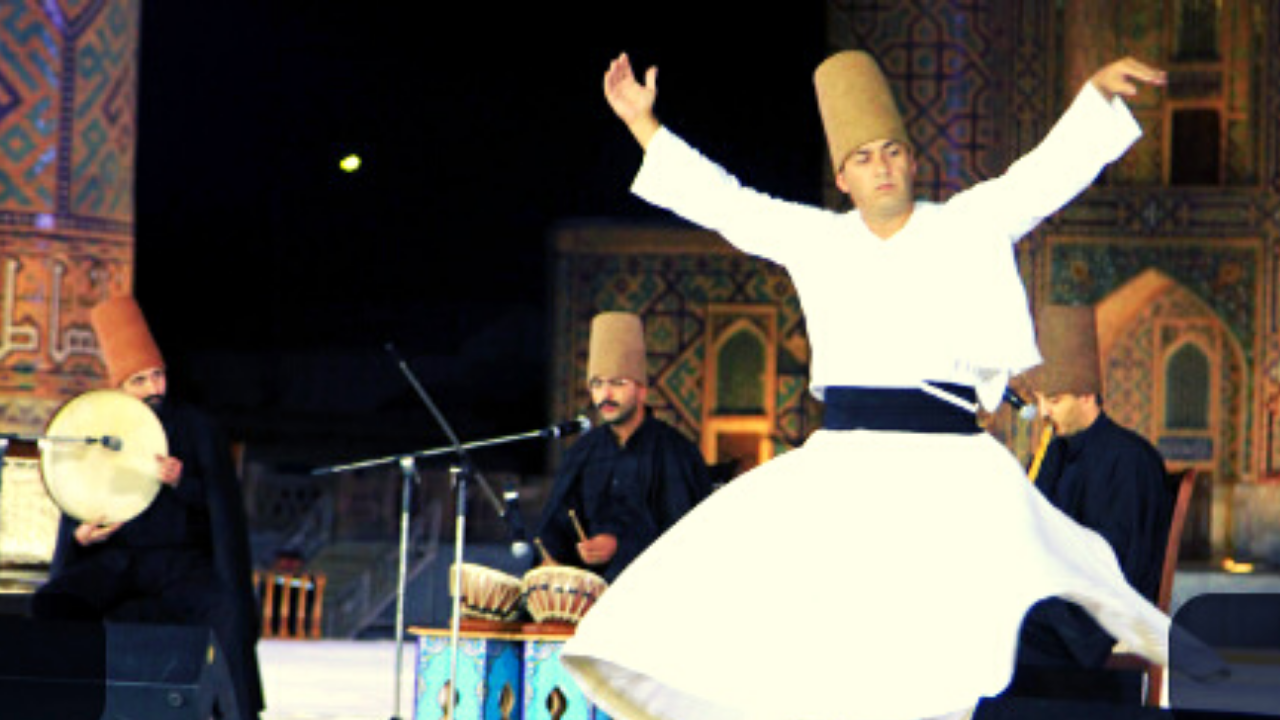 This is truly a great opportunity to witness fifty countries world-wide display their talents and cultural heritage in one spectacular music and lighting competition – the Samarkand International Music Festival hosted by no less than UNESCO.  In the face of the vast differences in religion and culture, the congregation of these countries bring to fore the amity of all nations.  The festival is held on the last week of August and takes place once in two years. 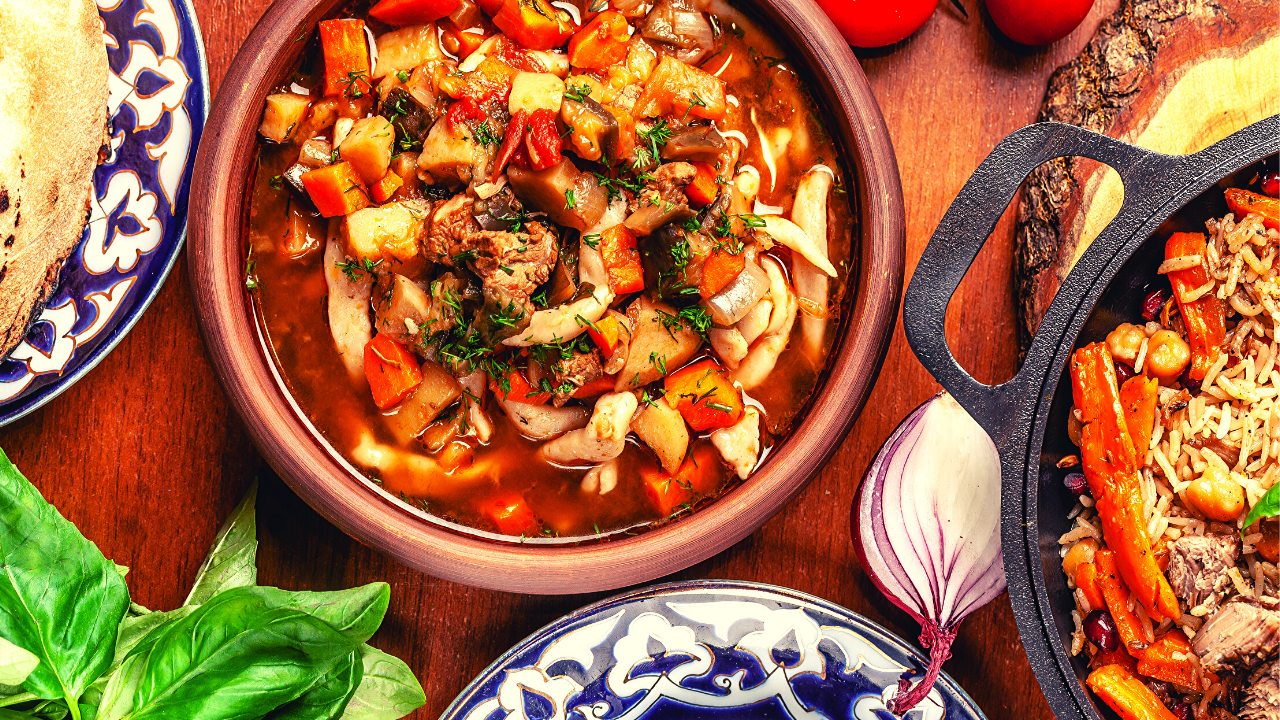 A wonderful celebration of food culture in Uzbekistan is the annual food fest organized right at the Registan Square. It showcases traditional Uzbek cuisines, such as plov or a dish made of a combination of either boiled or fried meat, onions, carrots, rice, and fruits. The plov is Uzbek’s interpretation of the pilaf. Tea is a major part of the Uzbek culture and it is also part of the festival exhibit. The Uzbek people love to gather around their chaykana (or tea house) to socialize with endless rounds of tea.

It is natural for a visitor to be overwhelmed by the massive proportions of the structures and the intricacy and luxury of the different centers of interest. You shouldn’t be so awed as to lose track of the many things you can possibly do while in this ancient city. 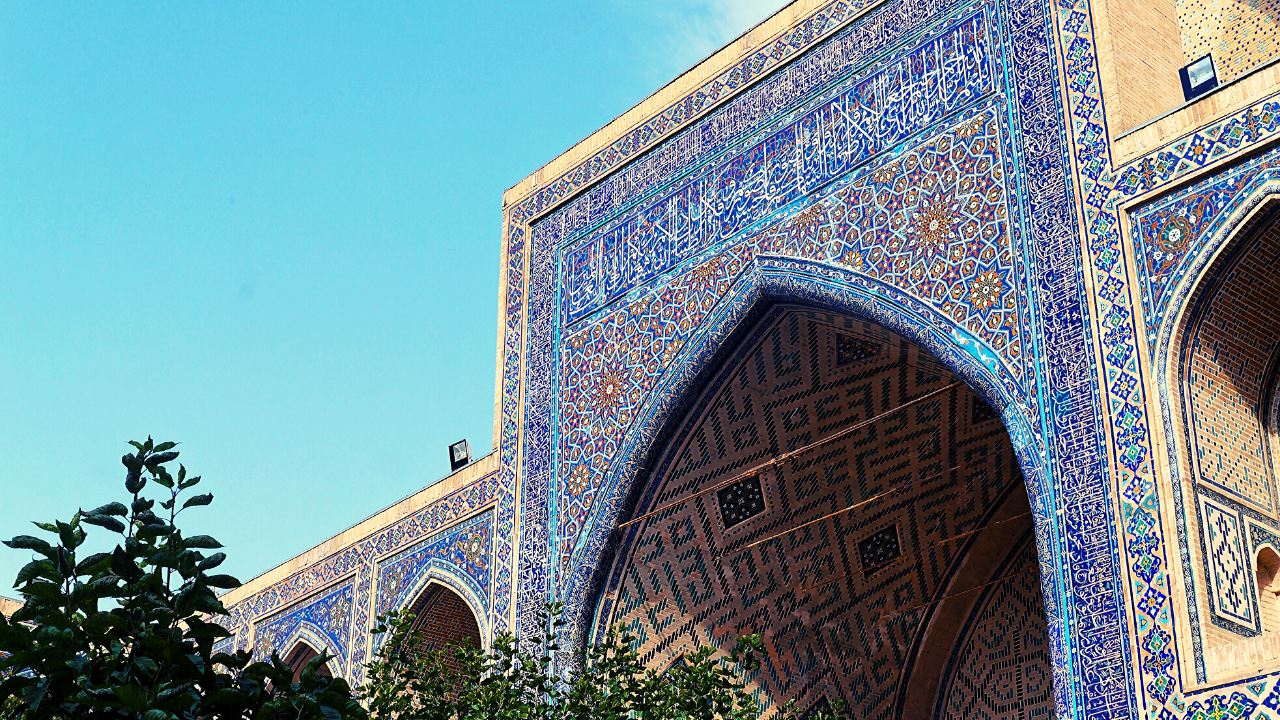 Fill your lenses with captivating images of historic and cultural landmarks within the sandy area complex. Satisfy your imagination’s craving for artistic creations that portray both material wealth and the richness of an ancient culture. 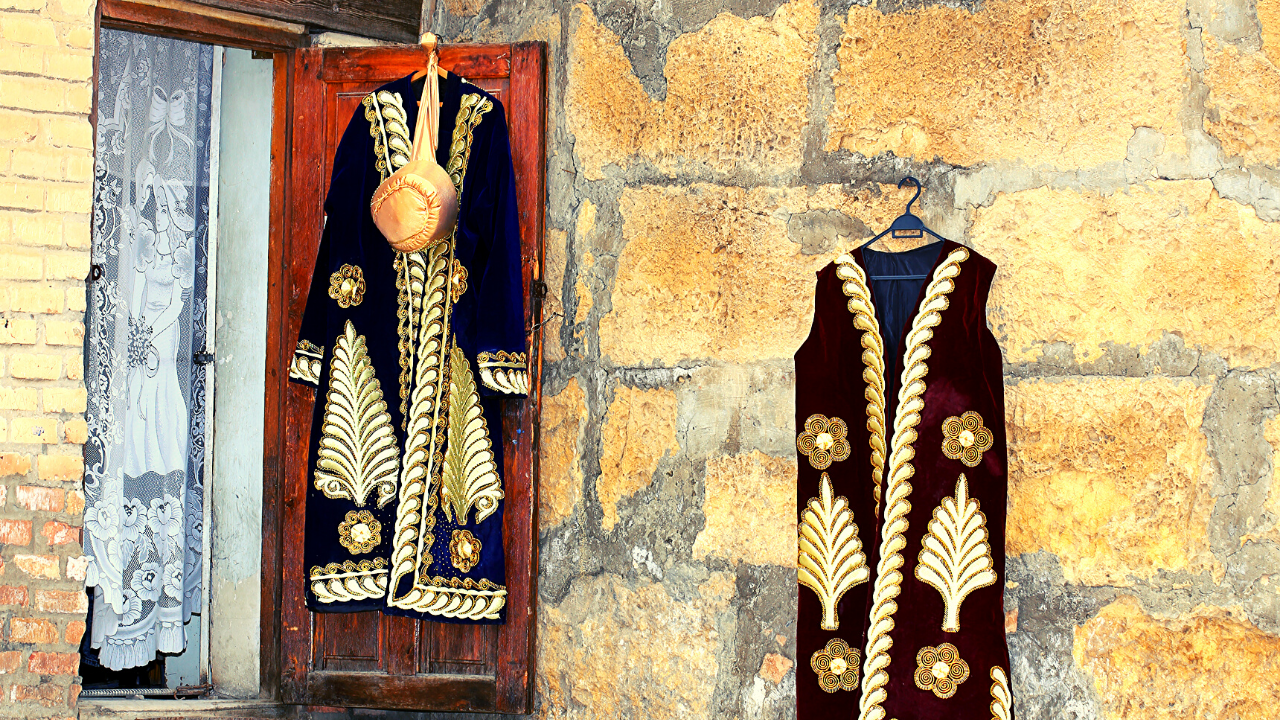 Talented Uzbek nationals at the madrasahs offer their teaching services to those who would love to try the traditional Uzbek art, such as painting. Even along the streets of Tashkent, a number of Uzbek artists are available to give you a try of their kind of painting. Such is a wonderful activity for a tourist who would like to bring home a special memento from the alluring place of the Registan Square.

As you tour around this medieval learning and business center, marvel at some of the most wonderful man-made structures. These are shining monuments of the ancient Central Asian architecture. Notice some Greek influence, such as the depiction of animals in some of the ornaments and mosaics. As you go from one structure to another, learn more about the history, culture, and people of Samarkand. 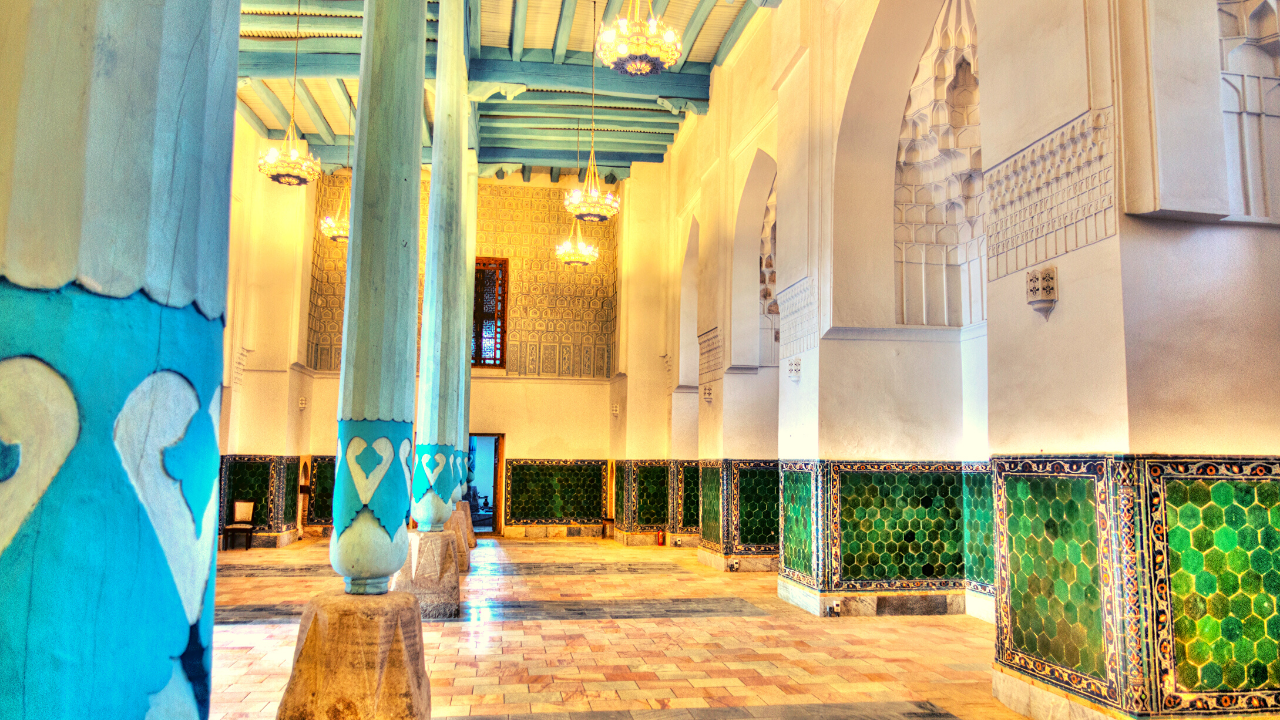 Built during the 15th century, this ancient treasure and infrastructural legacy is the oldest madrasah among the three located within the complex.  It houses the ancient knowledge center where the famous Muslim poet, Jami, was educated along with other ancient Muslim scholars. In ancient times, it served as a learning center for mathematics and astronomy. It has fifty spacious and distinctly designed classrooms. 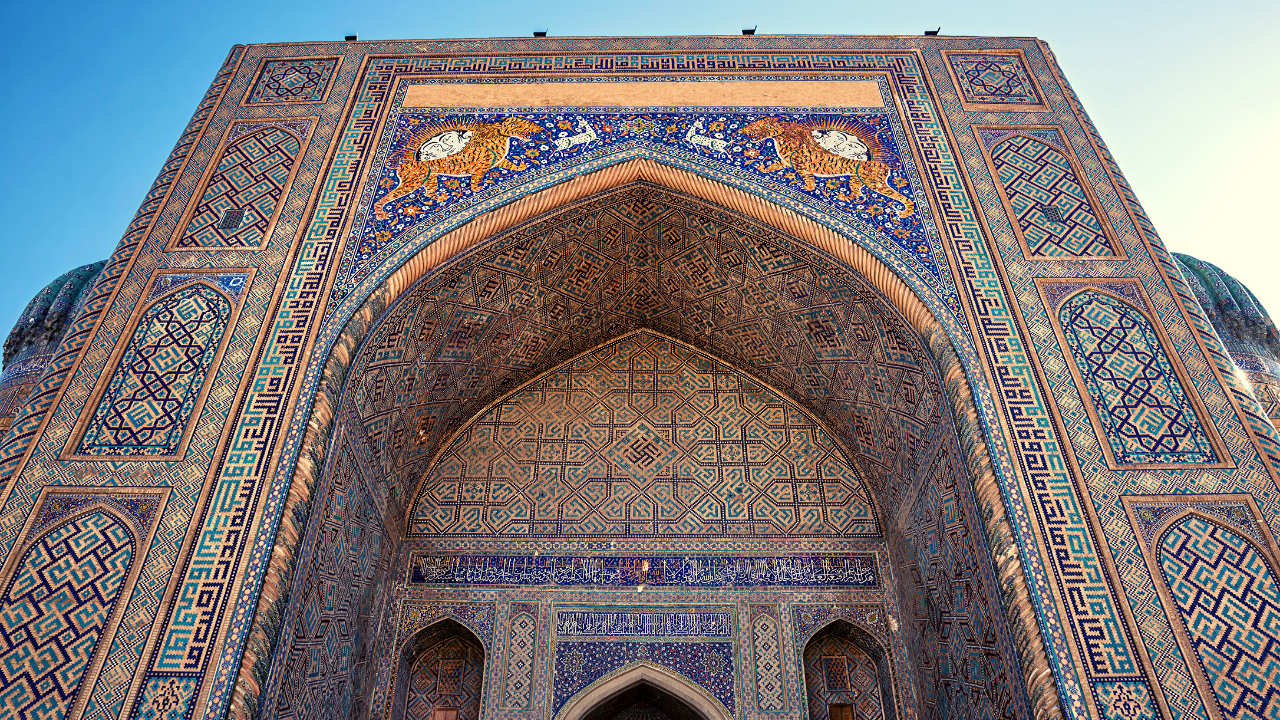 Sher-dor, which literally means “having lions,” or “resident lion,” proves to be as strong and fierce as a lion due to its massiveness and sturdiness that have withstood the test of time and calamities.  This masterpiece of a madrasah owes its existence to Emir Yalangtush, who reigned during the 17th century. Intricate designs and quotes from the Koran characterize the paintings and mosaic collection both on the interior and exterior walls. It was built as a copy of Ulugbek Madrasah but with two additional halls. 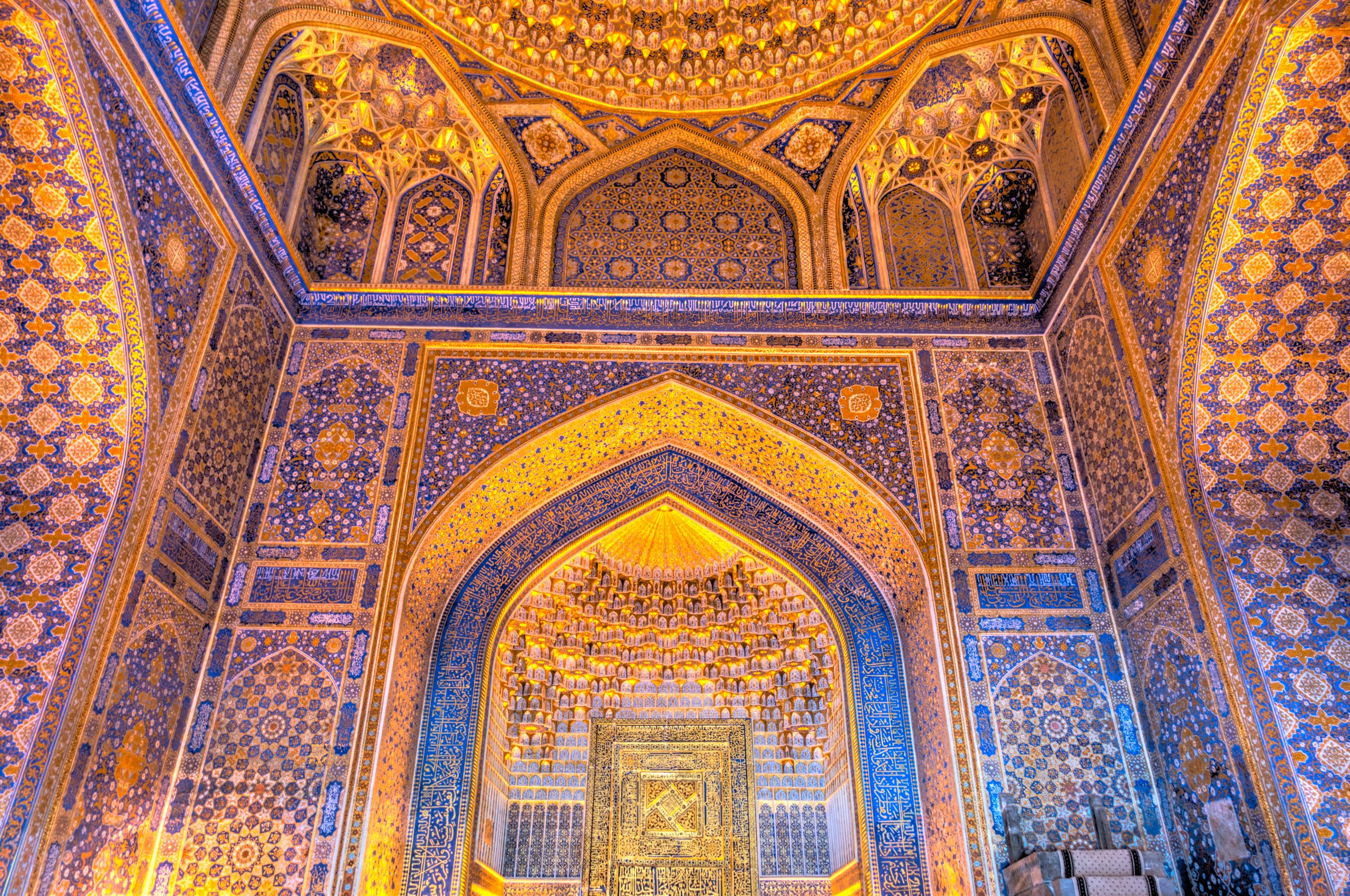 The Tillya-Kori madrasah is an edifice exceptionally crafted in gold and stands so magnificently attractive when viewed under the sun’s reflection.  It boasts of gold-plated paintings that reveal the prosperity and opulence of ancient Muslims in the Central Asian region.  This awesome structure operated both as an ancient school and mosque during the reign of the famous Emir Yalangtush. 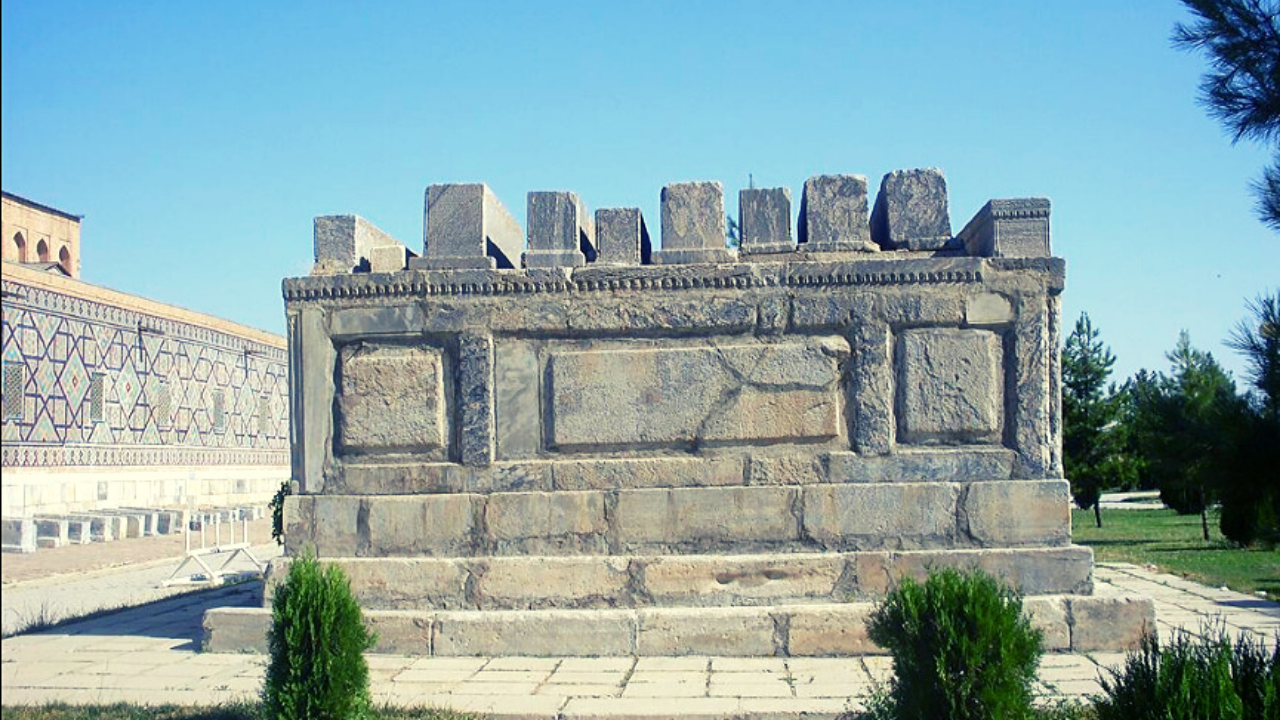 The mausoleum attests to the solemnness of a refuge for those seeking to understand the richness of Samarkand history.  Located just adjacent to the Tillya-Kori, the Mausoleum of Sheibanids serves as a burial monument where a pile of precious tombstones of ancient leaders of the place are stored. 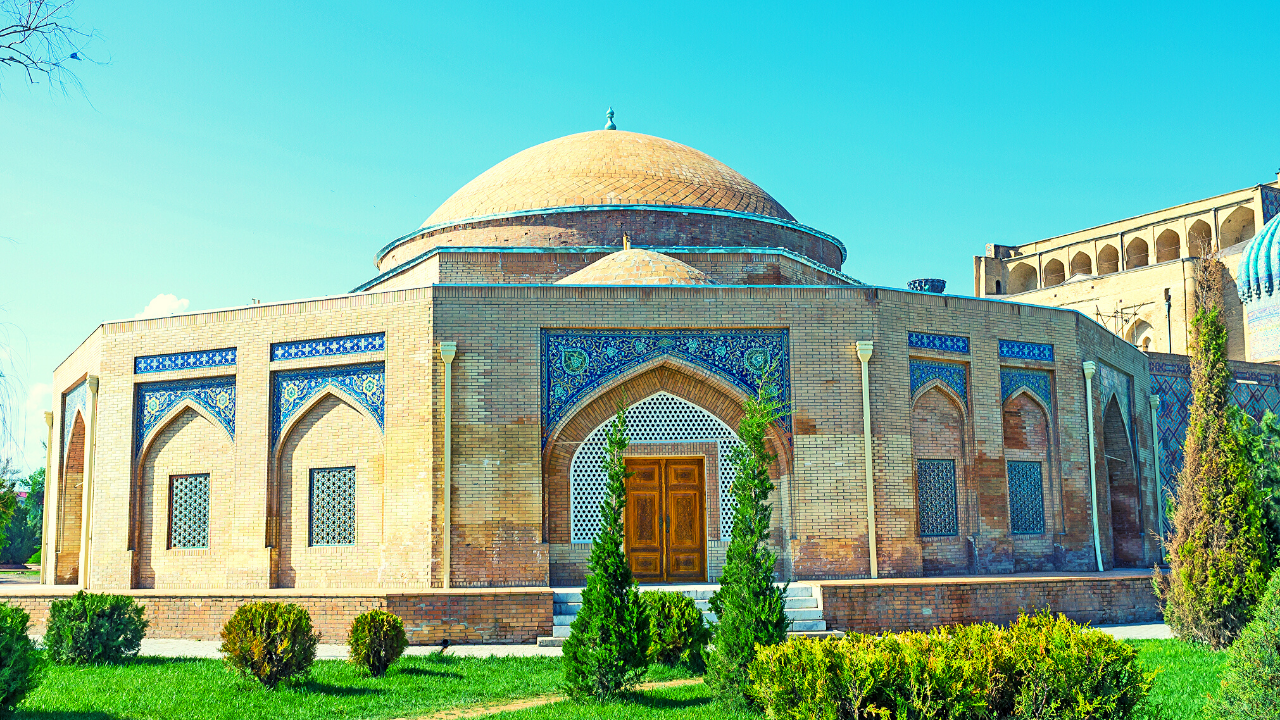 Once regarded as a trading center of Samarkand, the Trade Dome Chorsu now introduces different cultures and paintings of highly talented Uzbek national artists.  The hexagon-shaped building was originally built in the 16th Century and underwent extensive rebuilding in the 18th century.

Travel is never too enjoyable without good food. Thanks to the businesses and tourism developers of Samarkand, because highly palatable dishes are offered at the different restaurants in the city. Complete your experience of the Uzbek culture by indulging in authentic Uzbek dishes and traditional warmth of Uzbek hospitality. 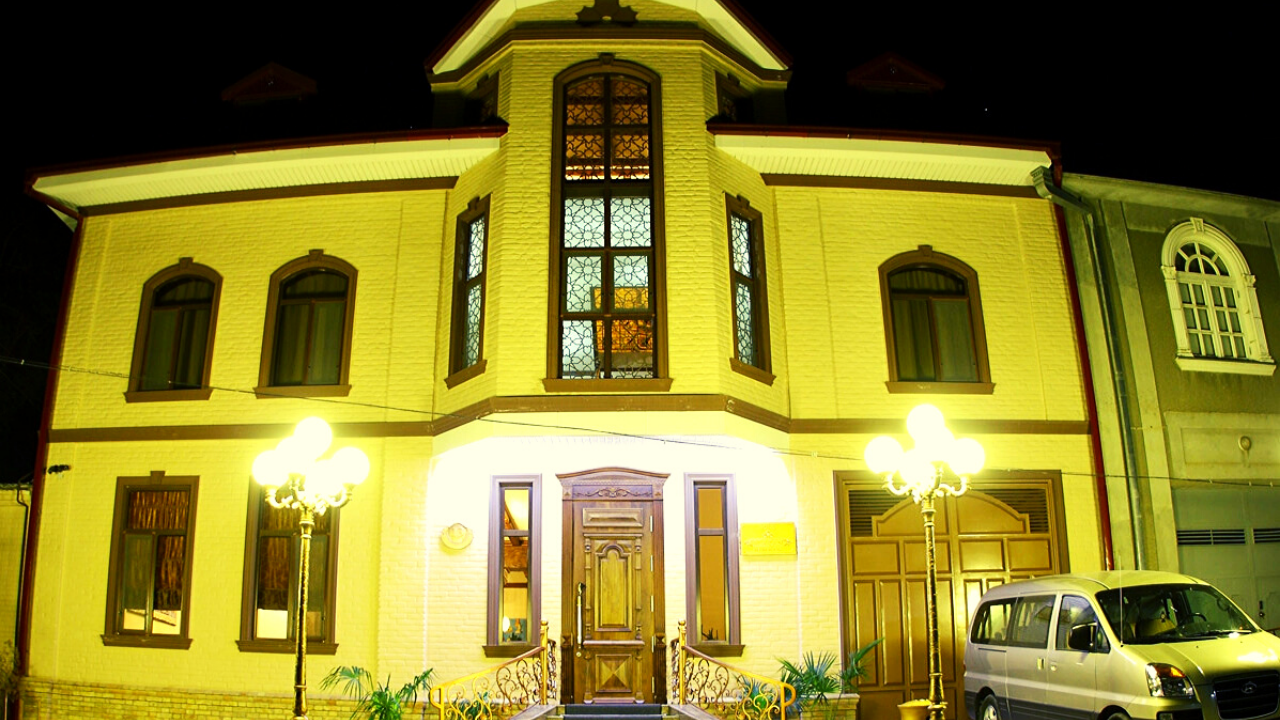 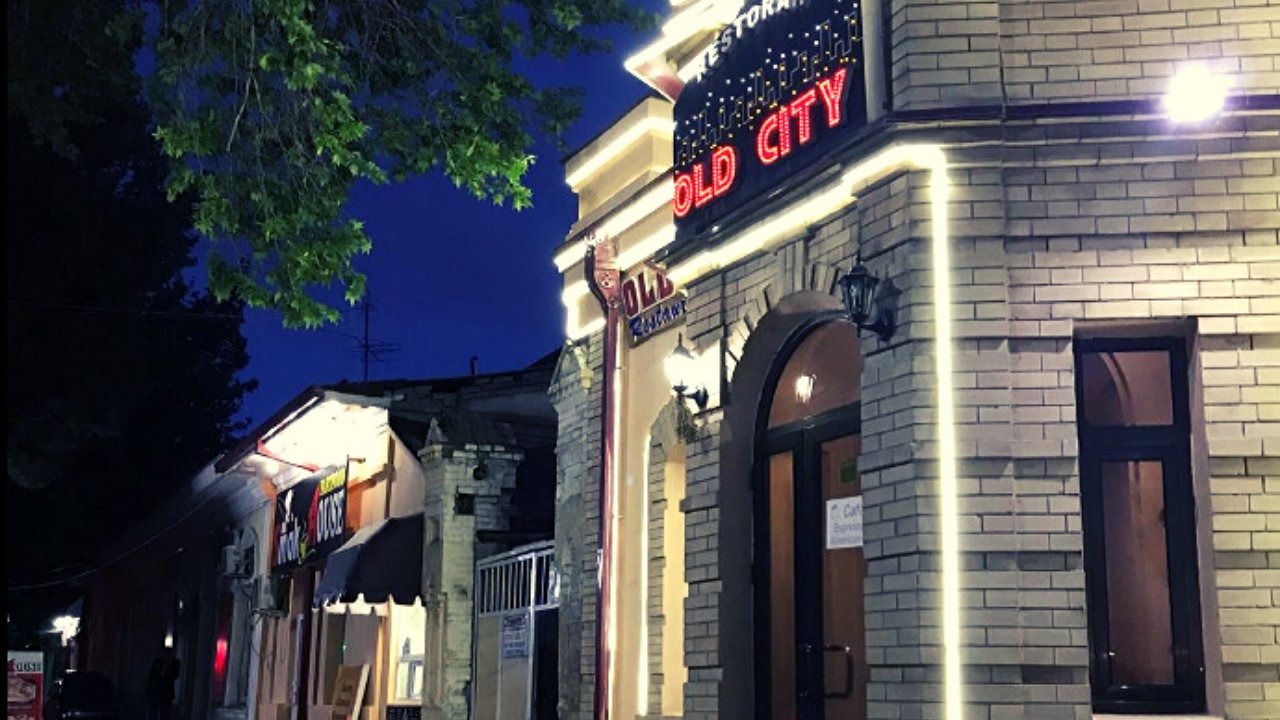 If you are health-conscious, you need not worry about compromising your diet while on travel at the Registan Square. Old City Restaurant offers vegetarian meals for those who want to maintain their eating regimen or merely want to try the veggie Uzbek meals. 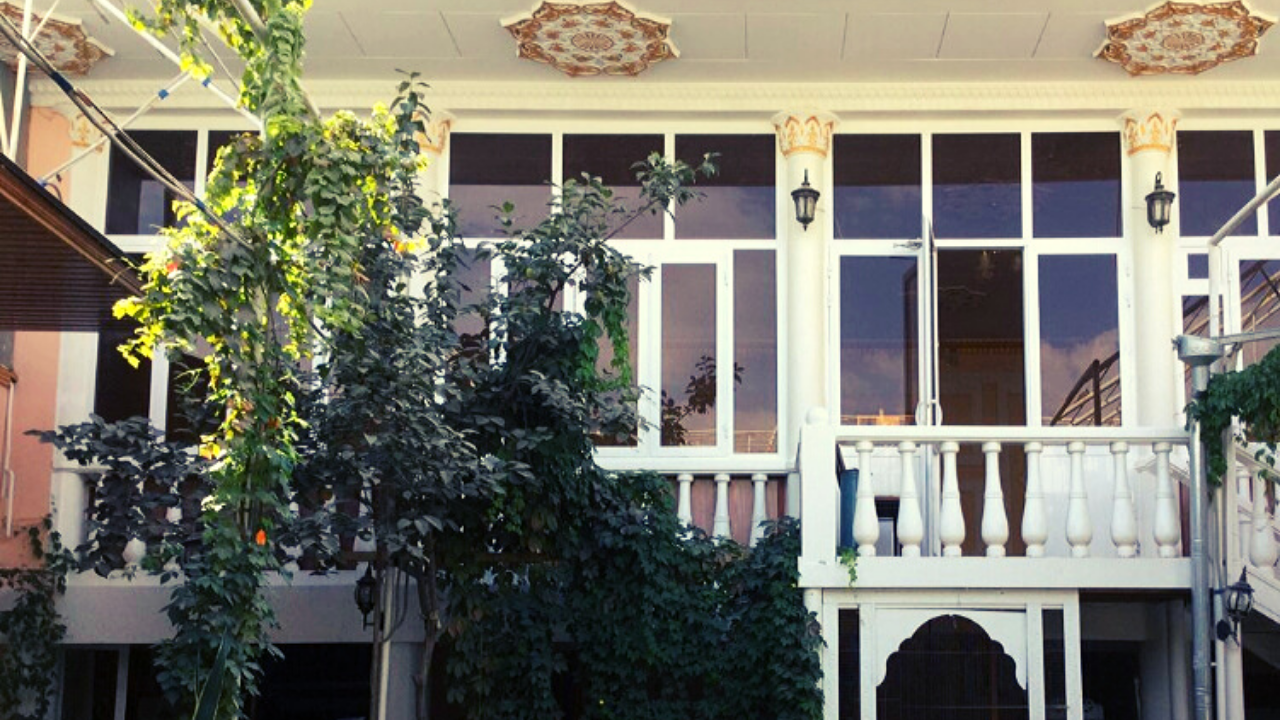 The Muborak-Opa is one diner where the hostess extends exceptional Uzbekistan hospitality to guests by cheerfully serving traditional Uzbek cuisines of kebabs and khanums.  It is more than perfect for an ultimate dining experience at the Square. 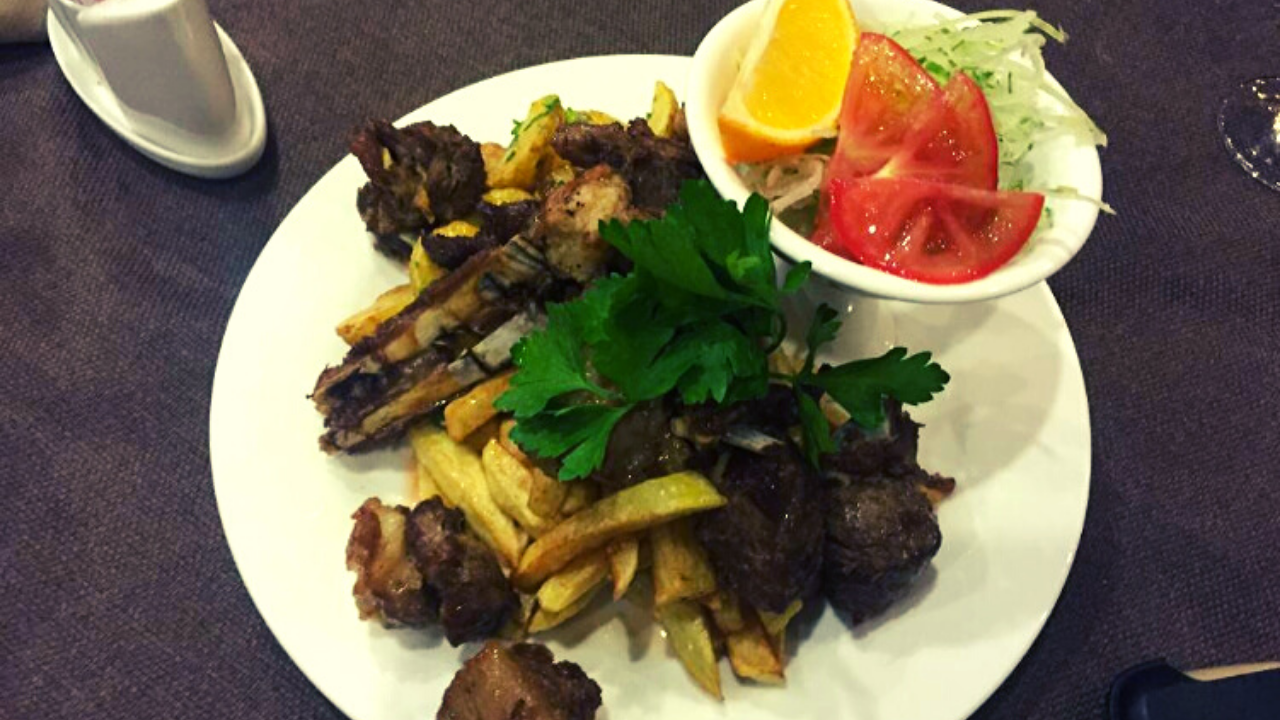 Celebrate your holiday experience with your family and friends at the Old Arba Restaurant in Samarkand City.  It has spacious rooms and fine accommodations great for holding grand events. 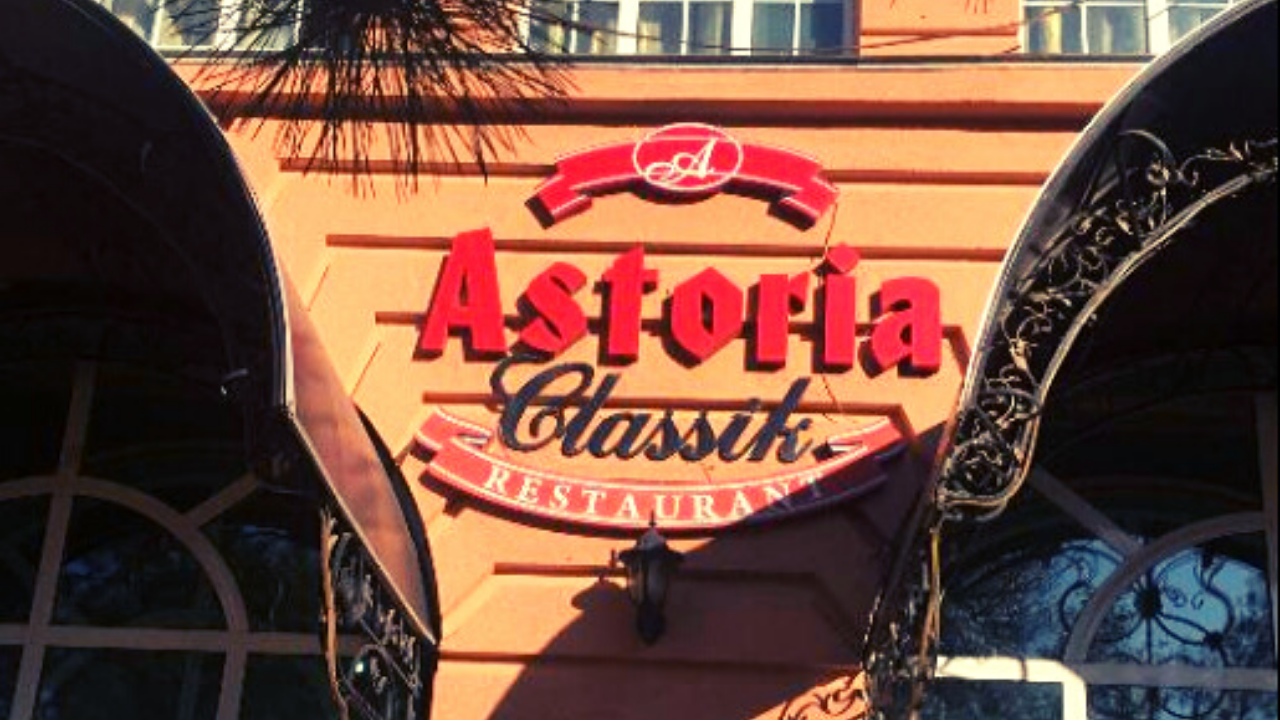 Elegance in dining in an unfamiliar place is never hard to get by with the Astoria Classic Restaurant. Dine with the wealthiest of the Uzbek nationals and tourists at the well-adorned place that offers a wide variety of European cuisine.

Appreciate history and ancient culture without sacrificing modern convenience and luxury at the Samarkand hotels. 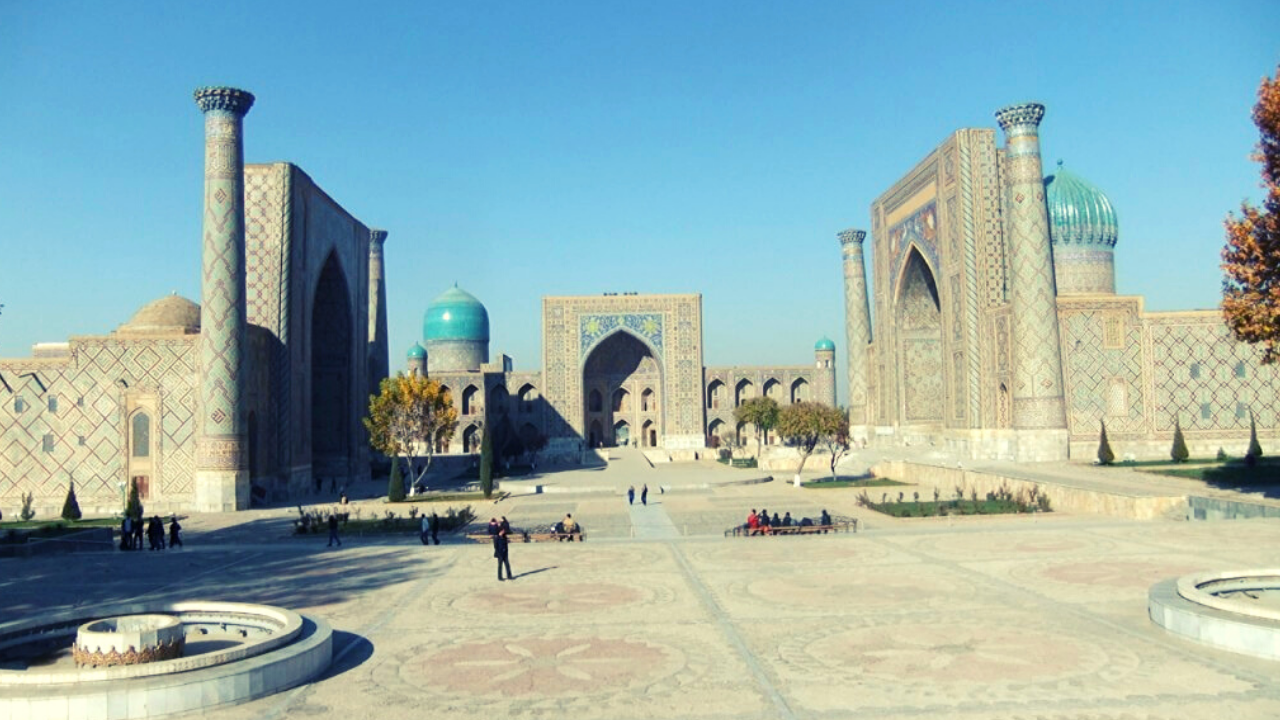 Located at the heart of Samarkand City near the ancient square, the Registan Plaza was built with modernism in mind.  It is a four-star hotel that can accommodate your need for convenience, relaxation, and wonderful service.  Accommodation fee for a double deluxe room starts at USD 224 per night. 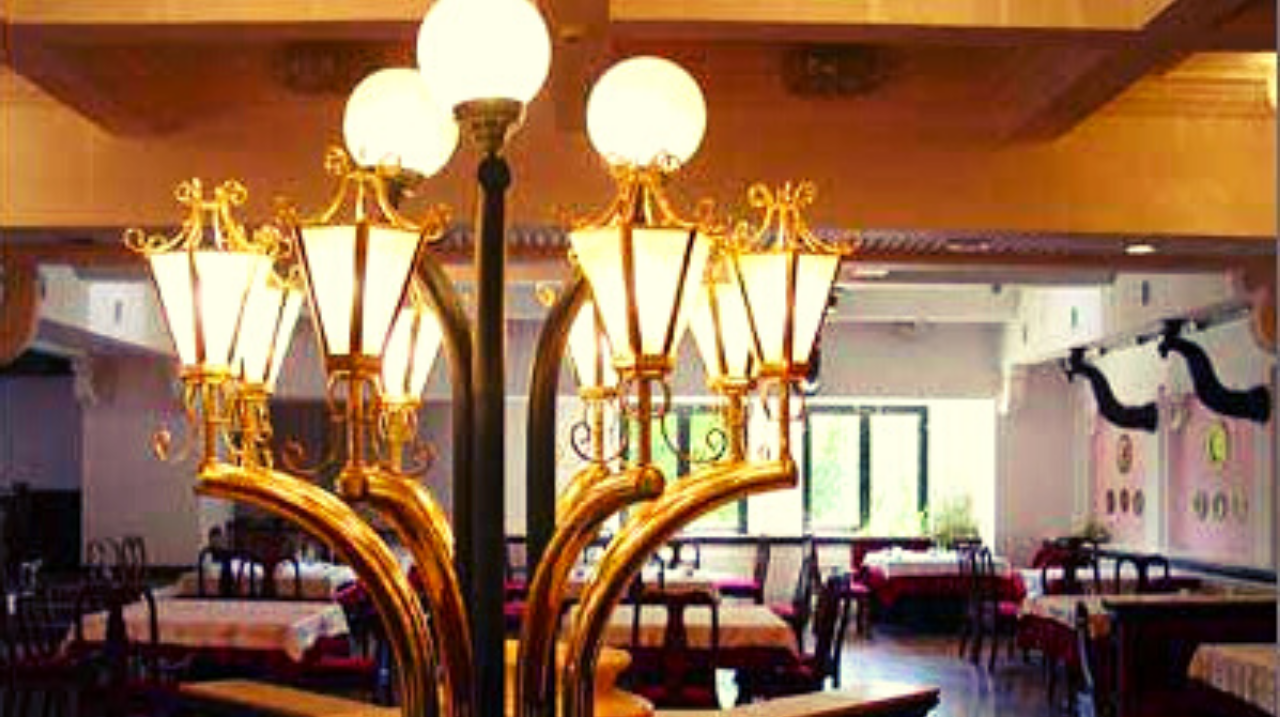 Just a short walk from the Registan Square, stands the biggest hotel in Samarkand City with almost 300 rooms available.  More than just convenience, it also extends excellent world-class service and provides high-end amenities, such as bars, sauna, Jacuzzi, and pools. 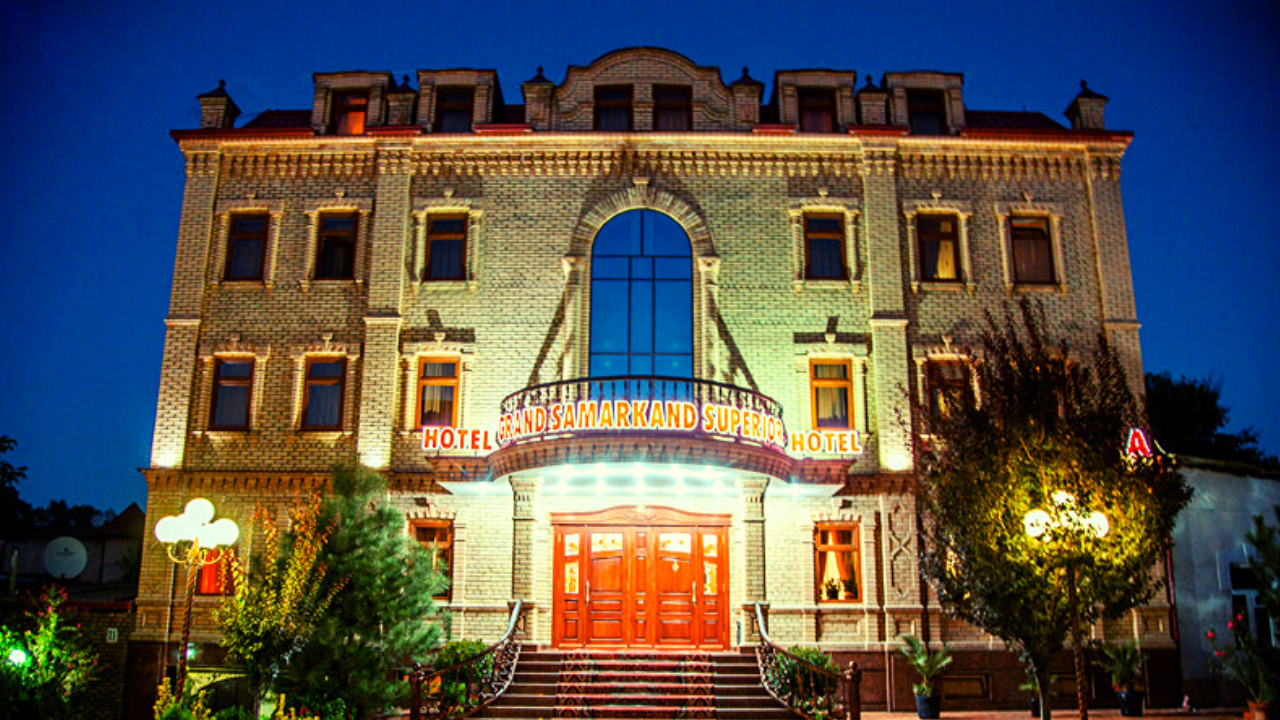 With only 30 rooms available, the Grand Samarkand offers a peaceful respite during the tour.  All rooms are fully equipped with facilities that could make your vacation comfortable even during the extreme climates of summer and winter.  Its interiors are well crafted with European architecture and intricately ornamented with Uzbekistan special art.  Accommodation starts at USD 130 per night. 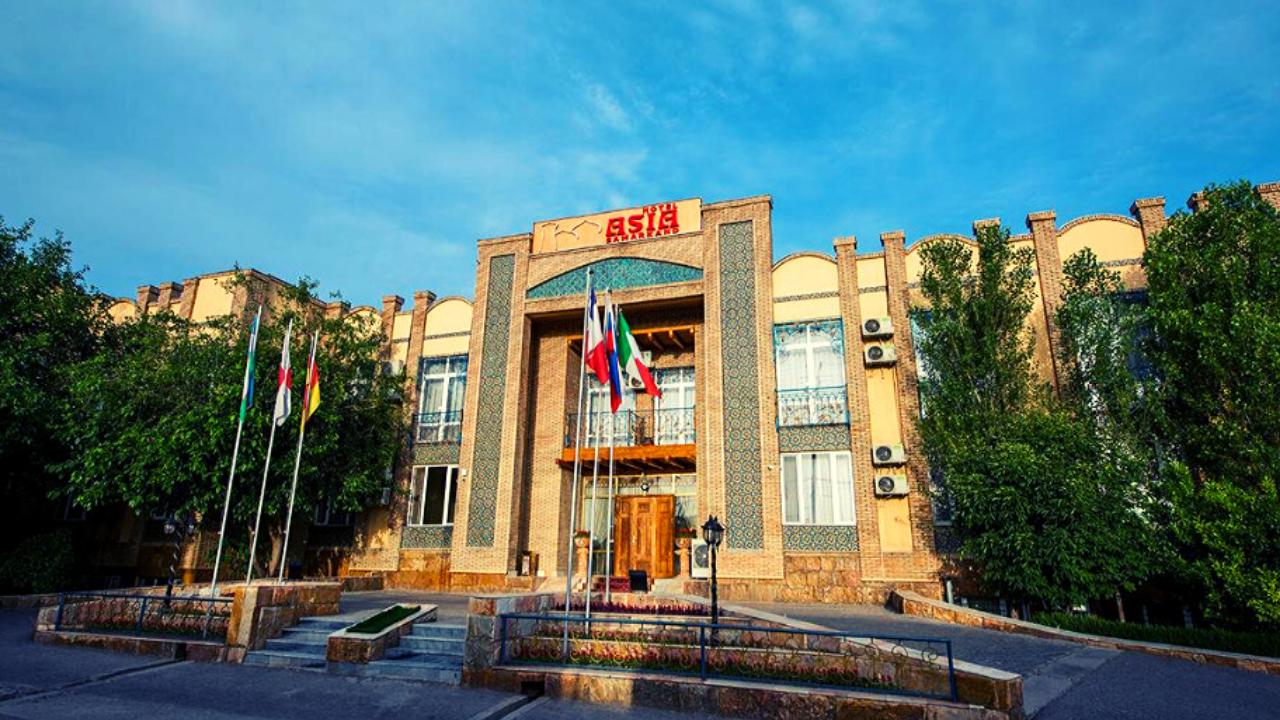 Modernly constructed at the heart of the Samarkand City, the Asia Samarkand is a great place for urgent lodging in the busy center.  You may be in the city for a different purpose than travel expedition, but the place is certainly a great deal for any kind of tour because of the comfort and luxury that it presents to all its guests. Accommodation starts only at less than USD 100 per night for a single bed deluxe room. 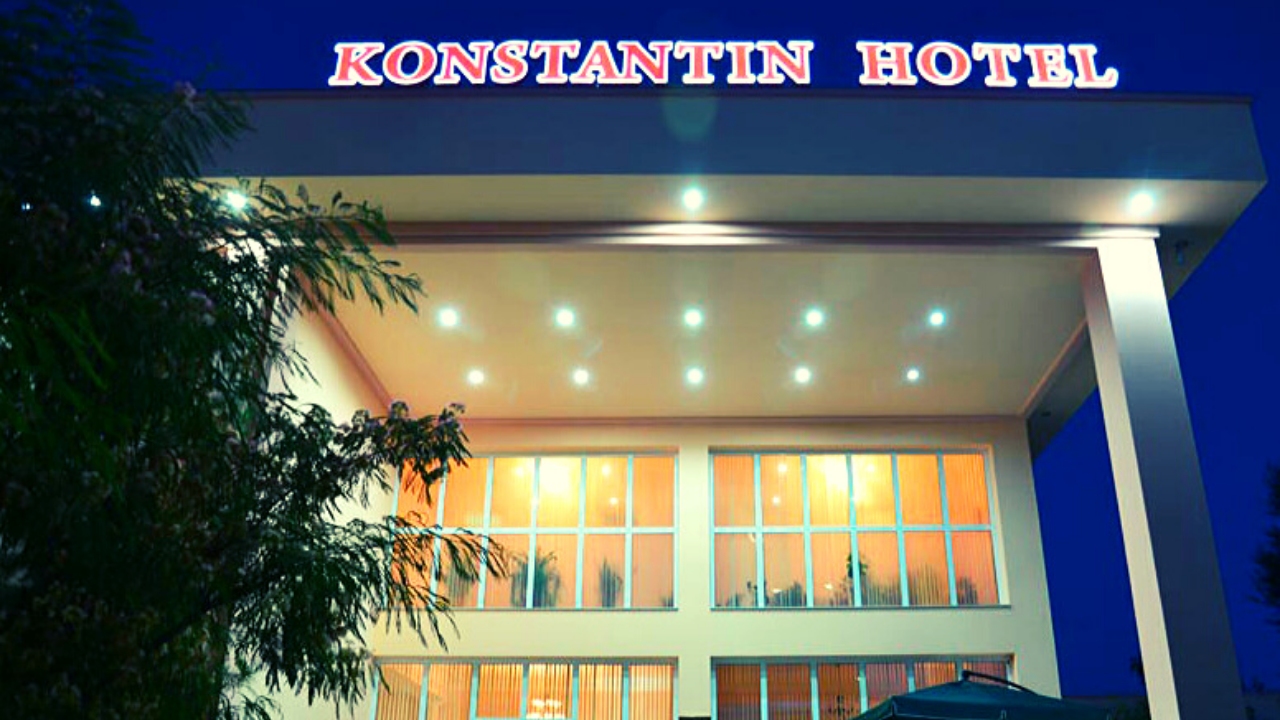 Strategically located at the business area of Samarkand, villa-type lodgings of the Konstantin is a great place for family getaways and even business tours due to an array of possible fun activities that the hotel provides such as different recreational facilities such as indoor and outdoor swimming pools and hotel bar. Daily accommodation fee is less than USD 100 per person.

Travel time is also usually translated as an opportunity for shopping galore in an unfamiliar yet interesting place. Getting things that will remind you of the alluring Registan Square and the wonderful experience associated with the tour is just easy with a lot of shops in Samarkand that offer a variety of souvenirs and gift items. 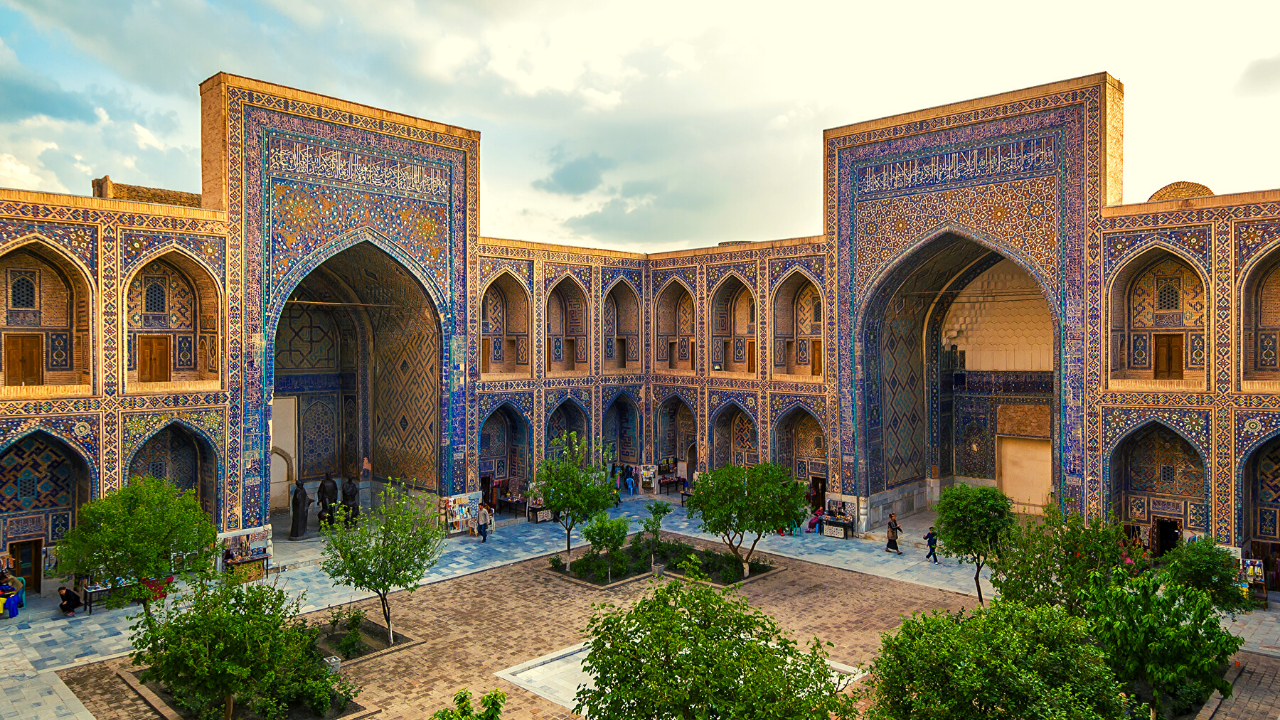 Each of the madrasahs within the Registan complex house a number of able craftsmen from whom you can buy uniquely crafted souvenirs to be brought back to your hometown. Different pieces of art which convey both the national culture of Uzbekistan and history of the Samarkand city are surely meaningful gifts to be taken to special people around you. 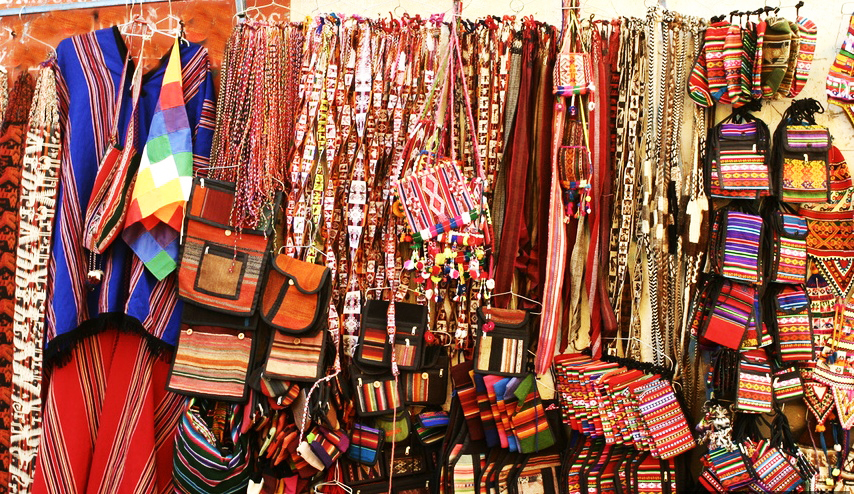 A busy street in between the Registan Square and Siab Market, the Tashkent Street is a fun place to be in if you are after great souvenirs from Samarkand. With a lot of creative and skilled  Uzbek nationals along the street, you surely would not have a hard time finding the right item for your personality and own curiosities. 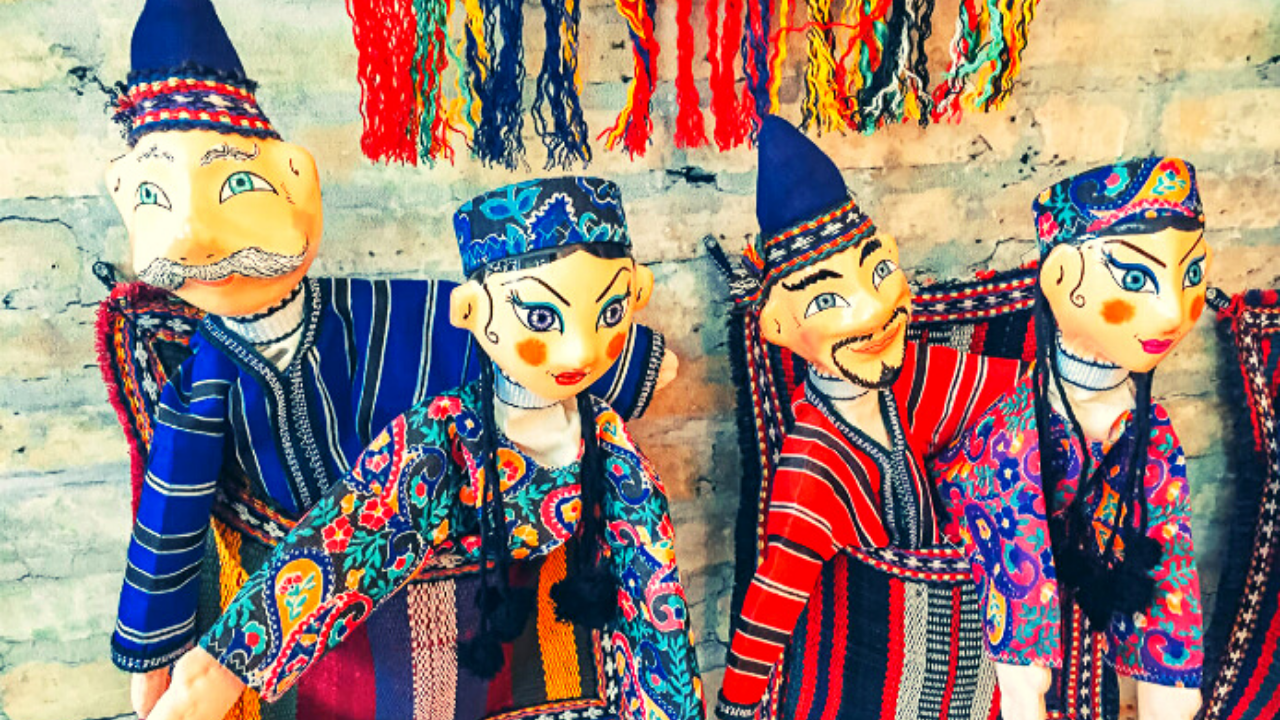 The Registan Square is not just about the boring stuff for tourists who are not fond of ancient establishments and cultural legacies. Despite the preservation of the heritage sites, most of the areas in the city of Samarkand are already modernized such that malls and other urban leisure establishments are also thriving in the place. You may shop for trendy Uzbek clothing styles at different price ranges depending upon your budget.

When Ulugbek founded the first madrasah in the 15th century in what we now know as Registan Square, he was inspired with his passion for teaching mathematics and astronomy. When several madrasahs were constructed after his rule, Registan Square truly became a center for teaching and learning. Today, the glowing crown jewel of Uzbekistan continues to teach every traveler about history, religion, and culture. Its culture is far richer than its most prominent minaret or its most elaborate arch. As you take that travel to Uzbekistan and on to the medieval city of blue domes, make sure that you learn something from the gleaming monuments.